Are you going to play New World? That seems to be the question on everyone's mind these days. I see it here, in Discords, in games, in New World beta even. I was fortunate enough to land in New World early on, just after switching from a RUST-style PVP game to an all-around MMO with PVE and PVP. At the time, I was disappointed (that's an understatement). Oh, you're here too. (Of course, I am, I'm you, the few better parts at least.) Nice. Anyway, I was willing to give the game a chance to evolve into something decent, and I'm glad I did. Now you might be scoffing at how quickly I sold out. You might call me a mark and question why I am hell-bent on sending the wealthiest man on the planet to the moon (Vlad?). You might be disgusted that a PVP MMORPGer like myself was so willing to let them change the game and make PVP optional. But you underestimate one thing, the greatest PVPer of them all. Time! It's been a long, LONG time since I got to experience a MMORPG launch, and that has left me unfulfilled! (And your old AF.)

There is nothing in this life that I have experienced that can relate to a MMORPG on day one. It is an exceptional experience that words fail to do justice. The chaos, the unknowns, the determination, the machinations; you know who you are. I want to say it again, there is nothing like a MMORPG launch, and the great thing about this launch is that New World is a good game. Is it the mythical be-all-end-all PVP or PVE or PVPVE game we have all been waiting decades for? No. It's solid. It has great bones and the potential to become something special if the devs can get new content out fast enough to retain the masses, and looking at Steam, it will be masses (PAID SHILL). Jokes on you I never get paid…wait…anyway. 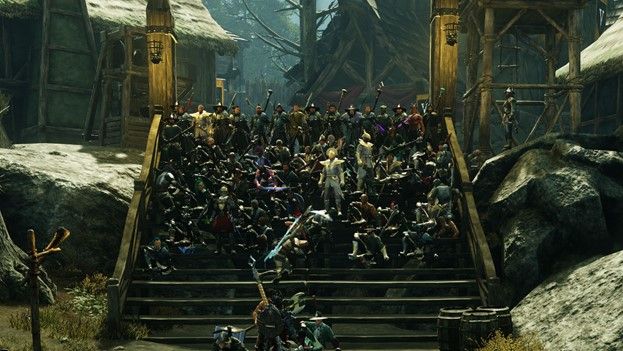 I want to make it clear. I have played many MMORPGs at launch just for the launch thrills. I went into those launches with a sober mindset; "it's not great, but it's a new MMO launch, so I'm in." Ladies and Gentlemen, I head into New World as excited as a high-level ganker in a PVP newb zone, but I'm not sure why. It has...something. There is a feel to this one. When I play it I find myself having a vague sense of deja vu at times. It felt like an echo from the past, a whisper in the wind, a voicemail from a deceased friend just saying, "hi, I hope you are ok" and I would feel emotion wash over me (Melodrama much).

I spent some time trying to put my finger on it. What about New World is giving me this sensation? On the surface, it doesn't remind me of MY old golds. I say that because we of the old guard all have different MMO Gods we bow down to; Ultima Online, Dark Age of Camelot, WAR, Shadowbane, Asheron's Call, Anarchy Online, Runescape, Everquest 2, Vanguard, EVE Online, and of course my beloved Star Wars Galaxies (happy belated birthday, I still think about you more than I should) to name a few of the best. I apologize if I forgot one of your God's; please add it in the comments below (shameless). 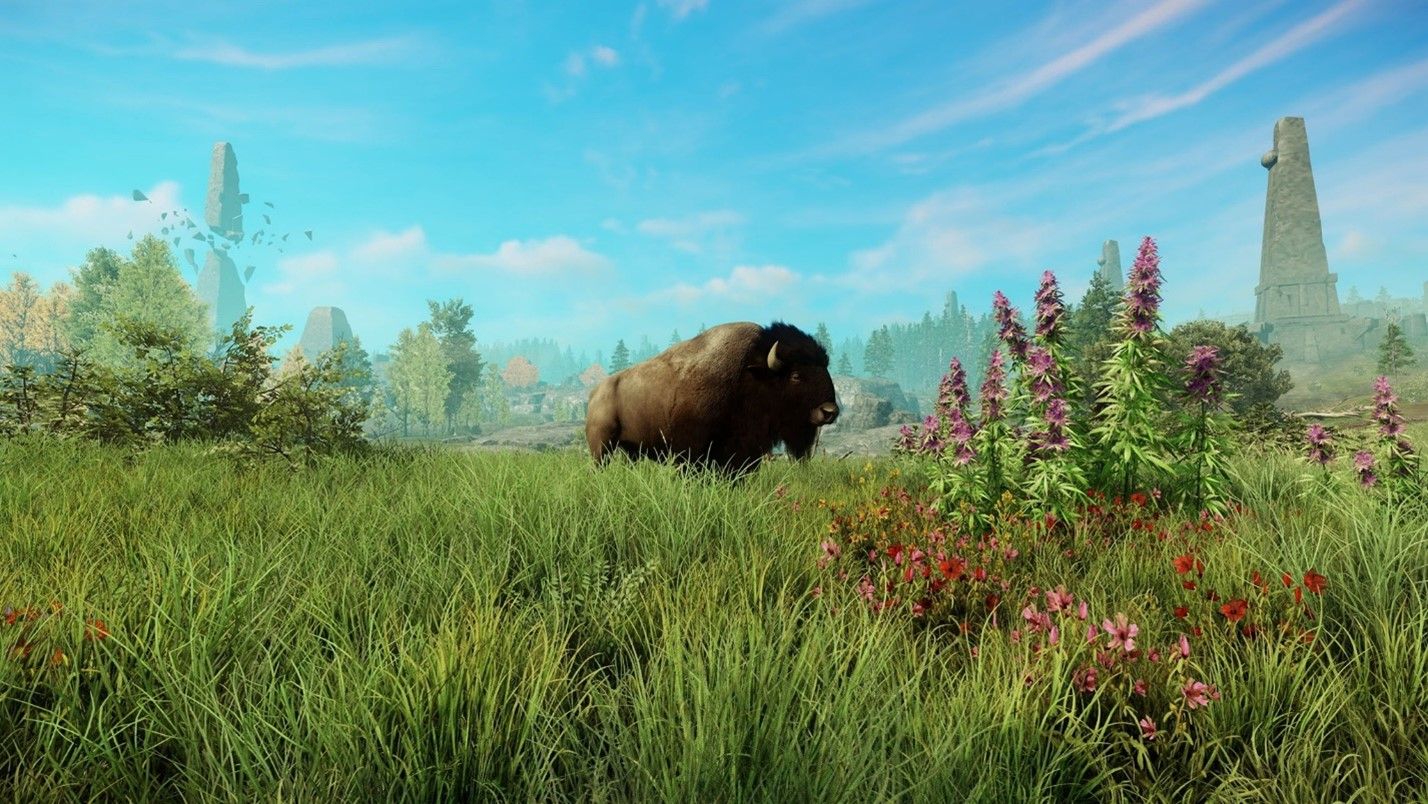 They are not alive in New World, but a fragment of them is. Maybe it's the weapon skill-based class concepts or the ability to mix and match any armor? Maybe it's the fully open and thriving game world, the nicest MMORPG game world I have ever had the pleasure to harvest in. It could be the way they reused assets and the concern I have for the end game or possible lack thereof. I wonder if it could be the way my seven-year-old PC sounds like it's about to explode when I play it; just like in the old days! Maybe it is because they went for a realistic look and all the animals look just a bit off...or a lot off. That might be it, if there is one thing in a MMORPG that calls back to the old games, it might be goofy-looking NPC critters, and I love them.(It's obviously a combination of all those things.) Its probably impossible to know for sure, but this one feels, and I like that sensation. I've longed for it!

Speaking of feels: I don't have any proof of this but I feel like Jeff Bezos is an MMORPG kind of guy. I mean, he definitely did some PnP, right? The guy started a book store! That screams RPGer to me. I ask this question because I can't, for the life of me, understand how New World got made. It shouldn't have. A new studio for a company that had never produced a game decided to make one of the highest cost, highest risk, and highest difficulty games on its first try, lunacy! Unless, unless the guy at the top in the big rocket is an MMORPG fan, then maybe... It's just my theory. Anyway, New World has something. It's got its flaws, and I worry about the endgame, but it has something that makes me feel the old ways again. (Or maybe he just likes sending billionaires to space.) Well, if it had to be someone, let it be a MMORPGer. We have a habit of overcoming the impossible. Let me know if you have had any similar feels with New World in the comments below. Also, Cody Rhodes fears me. /bow /pvp /dance