April Fools' Day is always a celebration with the gaming industry, and today has been no different. Here's how some of the major names in the industry have been celebrating and getting in on the joke today.

For Honor takes the brutality out of its combat and replaces it with harmelss playground toys in its revamp of the combat game. More than just a trailer, this is a real, in-game event running until 9:30am PT/12:30pm ET tomorrow, April 2nd.

World of Warcraft is back with its traditional fake Patch Notes April Fools' joke, this time vamping on some of TV's best shows this last year, with takes on The Queen's Gambit, Wandavision, as well as Sea Shanty Singing. Who doesn't want a good pirate song, even on April Fools'?

Razer, the maker of many gaming peripherals from large mousemats to a futuristic, self-sanitizing facemask, is taking a jab at itself over the fact it jams RGB into, well, everything. Even Coffee Coasters. This year, the team released a video showcasing its RGB Hair Dye, dubbed Razer Rapunzel, guaranteed to synchronize your hair utilizing 1337 active ingredients to synergize your hair with other Chroma-enabled devices. #ChromaEverything.

Star Trek Online Is Letting You Date Your Starship. Yep.

Star Trek Online has gone full dating simulator with their latest April Fools' joke. Dating your starship is the culmination of research over the course of the last few years to coincide with the latest gaming trend: dating simulators. The video shows off the "gameplay" of the dating sim, though the accompanying blog post goes into even more detail behind the joke, such as breaking down some of the unique paths you can follow to find the "starship of your dreams."

#TERAConsole is happy to announce our newest Mode coming to the game, Kuma's Battle Royale!Face off against 99 other Kumas players! Use upgraded diapers to win, and claim tokens to receive Heroic Oath Gear for free!More details in the coming days ♥?https://t.co/uRUhSlpBeP pic.twitter.com/kNloseravf

TERA Console got into the fun teasing a new Battle Royale mode coming to the console MMO. Kuma's Battle Royale will see players face off against 99 other players, using upgraded diapers to defeat their foes.

Introducing deer as a playable species in Valheim! What will you name your deerking????? #Valheim pic.twitter.com/msz5xtCl3c

Anyone who has played Valheim (there are a lot of you...erm...us?) knows about the deer. Valheim teased being able to get into the hooves of the beast, forgoing the epic Viking journey of the 10th world of Yggdrasil. Perks include increased speed, ability to change direction randomly mid-run, as well as being able to wear two pairs of pants armor. 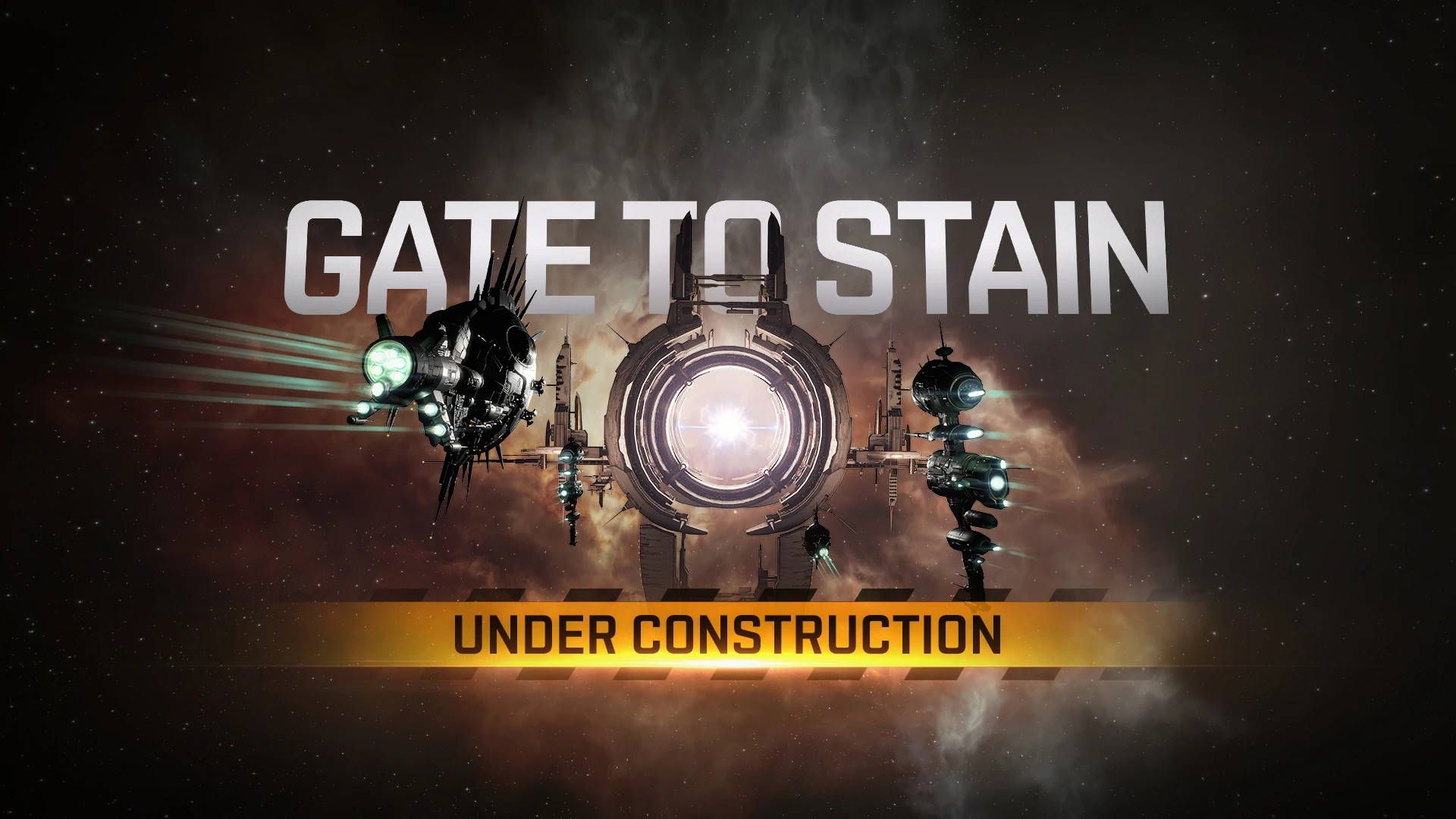 CCP Games teased a new stargate under construction, a Lowsec gate to the region of Stain. The team teased its fanbase with some of the comments they hear about the NPC Nullsec region, including "Have you heard that Lowsec is missing a gate to Stain?" The team blames the lag in constructing the gate on a random Orca, an industrial command ship in the MMO, on logding itself sideways in the jump tunnel (a dig most likely at the recent Suez Canal fiasco).

Starting today, you can play @ControlRemedy on the first PlayStation system.Here's a short clip, courtesy of our principal gameplay designer, Tommi Saalasti, the driving force of this port. Hope you like it!?? https://t.co/OjG0cmDtSI pic.twitter.com/HVfVVcJN30

Remedy Games has ported its technical tour-de-force, Control to a much older console, letting PlayStation 1 players revel in the gameplay, albeit minus the ray tracing. Or textures. Or anything really other than polygons.

I loved TailSpin as a kid. It was honestly one of my favorite shows growing up. So knowing this is a just an April Fools' Day joke by the War Thunder team is a little depressing. I would totally love to fly around in the twin-engine turboprop, shooting down Zepplins and other propeller planes, all to make it back safely to Cape Suzette.

Thankfully, it looks like this is a real event, running through April 5th. April Fools' Day saved!

So...Shai's in Black Desert Online can turn a donkey into a pegasus...donkey? Who knew! Dubbed "April Mule's Day," the event allows those running with a Shai can ride donkeys during the event, which lasts through April 14th. When you jump, it will grow wings and take flight, gliding around the world of BDO.

Neverwinter has been taken over by chickens, as the MMO from Cryptic brings April Fowls back to the Dungeons & Dragons-based MMO, bringing its chicken-based events to the MMO today. Take part in the Fight the Fowls event and fight other chickens, as well as help Earl the Chickenmancer fix the mess he's caused with his...Chickenmancery. This event runs through April 15th, so there is plenty of time to check out your Chicken PvP skills.

Here are your #GuildWars2 update notes for April 1, 2021. These are all definitely true. https://t.co/12zGCGLOHS

Guild Wars 2 is also in the fake patch notes game that it swears are "definitely true." Highlights are the fact that Necromancers, when defeated, can still move around (very on brand for the profession) as well as the Thief being able to leave combat and simply watch their friends from afar, swooping in to take the spoils once the real work has been done. That actually reminds me of gaming with Shank.

Friendly fire (from direct damage) has now been disabled for all PC servers. Enjoooooooooooy. #planetside2

Short of a full event, PlanetSide 2 is simply feeding the chaos. Today, friendly fire has been deisabled on PC, letting players fulfill their long-standing backstabby plans against teammates and friends alike. I can dig it.

What has been your favorite event or joke thus far? This is far from an exhaustive list, so if we missed something you liked, let us know in the comments below! Happy April Fools'!