My History With Animal Crossing

My impressions will be from the point of view of someone familiar with, but has very little experience, playing the Animal Crossing games. I’ve played both City Folk and New Leaf but had never gotten very far into either one of them. My wife, however, has achieved 100% completion in every single Animal Crossing game. I’ve been enjoying playing alongside her and she has taught me some of the tricks that I would have otherwise never have figured out. Tricks like digging two holes behind you when you strike at rocks so that hitting them with a shovel won’t push you back, and that digging up the golden shiny spots on the ground will get you money that you can then plant to grow a money tree. Of course, she also taught me how to “cheat” by abusing the Switch’s clock and fast-forwarding time to a new day, but more on that later. 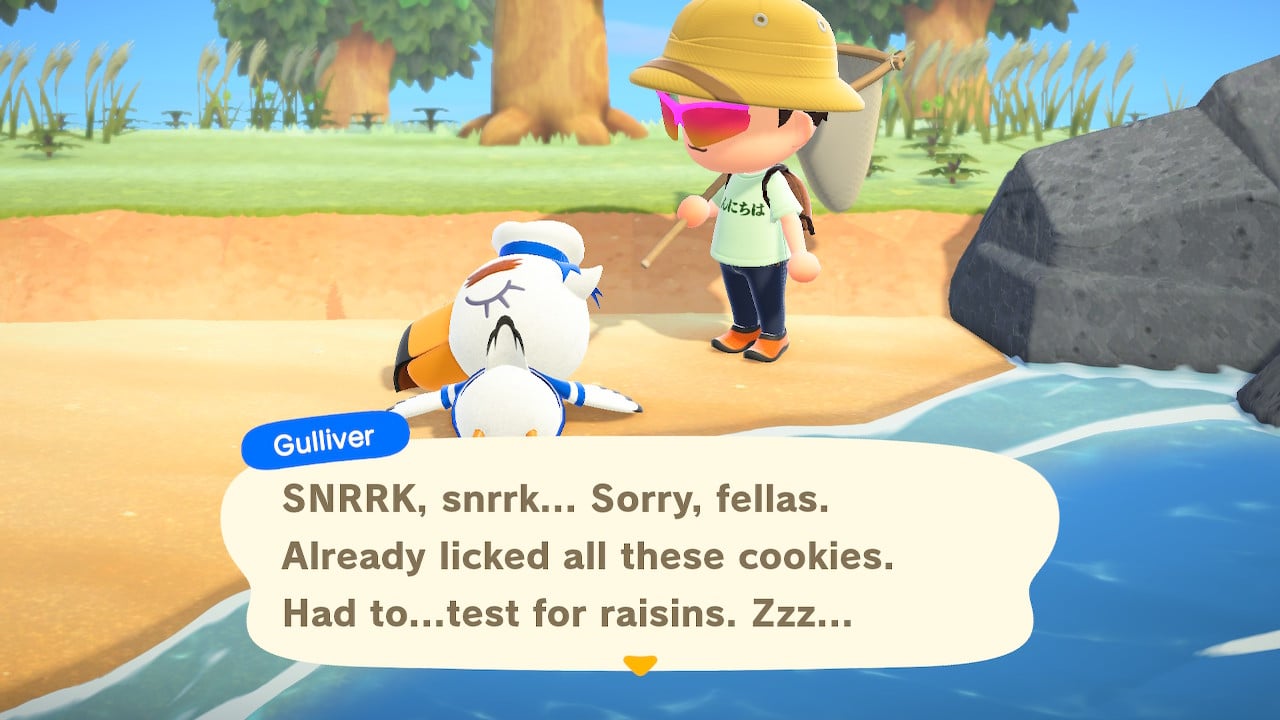 From what I remember playing of Animal Crossing: New Leaf, some of the changes made in New Horizons include the addition of crafting and DIY recipes, Nook Miles as a new form of currency, and greater customization options for both your character as well as your home. The biggest change in my opinion is that instead of taking over an existing town you are building up a town from scratch on a deserted island. All the shops and accoutrements one might expect in a city are nowhere to be found and will be slowly added over time as the island’s development progresses. One thing that hasn’t changed however is that you are still in debt to that nefarious Tom Nook right from the start, but at least this time you are able to pay via the new Nook Miles currency.

I was a bit worried starting out in Animal Crossing: New Horizons that I would be bored to death playing such a chill game. I love games like Harvest Moon and Stardew Valley but both of those have in-game clocks that make progression feel hurried and constant. Comparatively, Animal Crossing uses real-world time and, as such, there’s almost no rush to get anything accomplished or bother with time management. I also previously read others’ impressions and was worried that the beginning would be too slow for me. As I started getting familiar with my little island though, I discovered that I quite liked the relaxing atmosphere that it provides, and I rarely got bored. 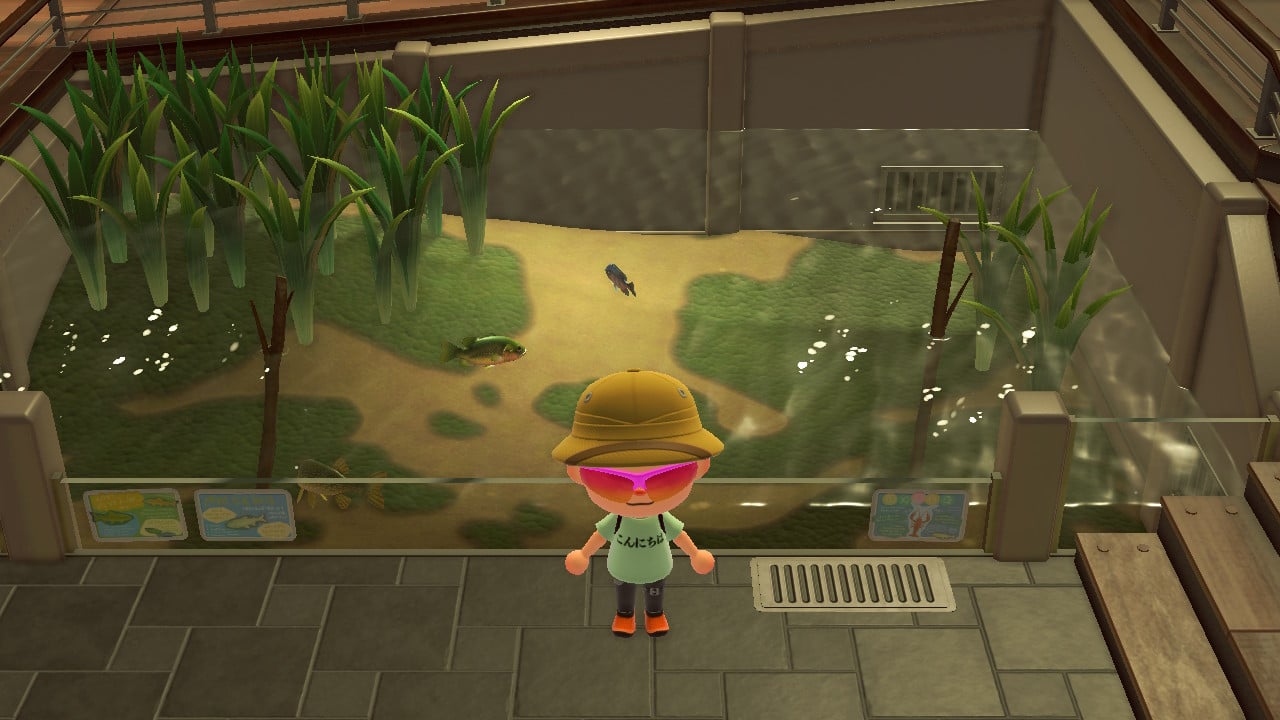 This was thanks to the Nook Miles+ quests that continually cycled through new objectives for me to accomplish to earn more points. Because of this new system, I always felt like I had objectives to follow like in an MMORPG setting – albeit admittedly very similar to fetch quests and other filler quests that MMOs notoriously have. Additionally, there is a lot that can be accomplished on the first day, like catching different bugs and fish around the island in order to donate to Tom Nook which eventually unlocks the Museum. I loved how every time you catch a critter there is a funny line that pops up about it, often utilizing a pun on the creature’s name. For example, my favorite fish is the black bass whose description is “the most metal of all fish,” which I really appreciate.

Some things in Animal Crossing: New Horizons, like unlocking the Museum or building the Town Hall, are unfortunately locked behind a real-world time wall. This reminded me of how mobile games utilize time as a method to gate progress without paying in order to speed things up. I dislike most forms of gatekeeping and I think Animal Crossing’s is amongst the most obnoxious but at least Nintendo isn’t trying to make me purchase time-advancing DLC packs. At the same time, I do think it can help both newer players and younger players with not feeling overwhelmed by constantly adding new activities to do. I was eager to experience more however, so I admittedly utilized the well-known ‘cheat’ by advancing the system’s clock in order to trick it into thinking it’s a new day. 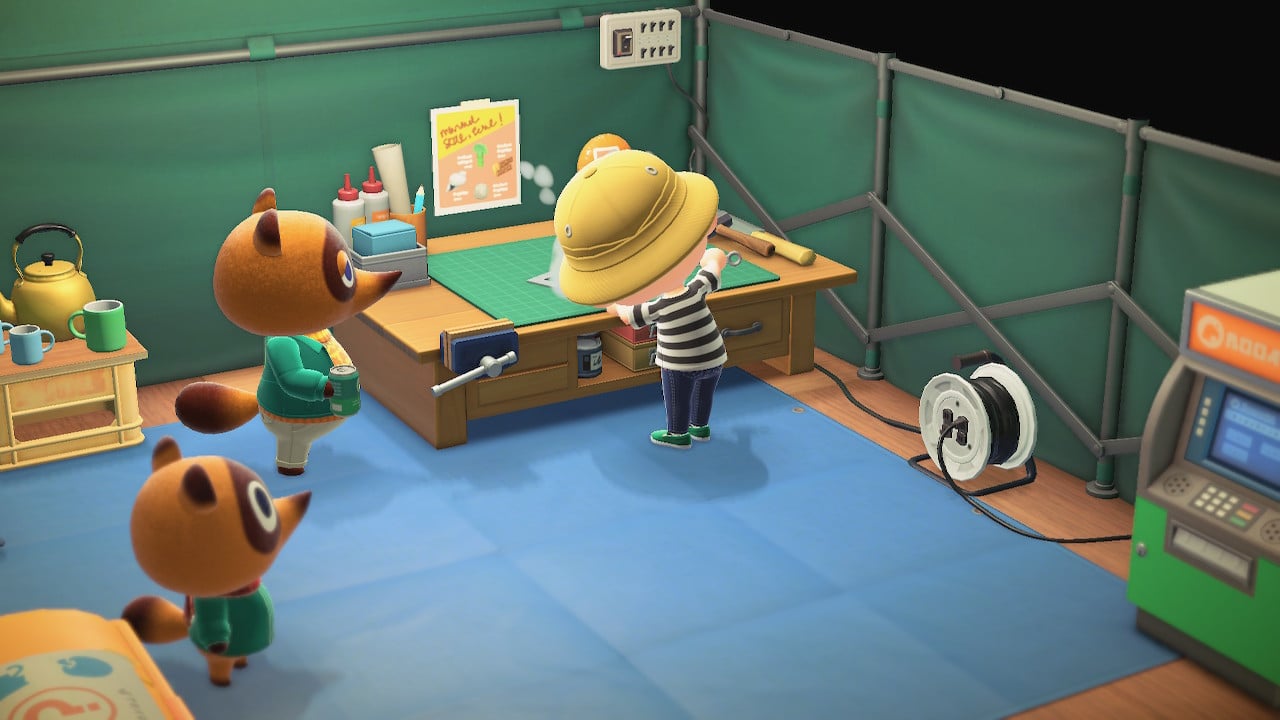 The more experienced Animal Crossing veterans will be happy to know that there is still the ability to ‘cheat’ in New Horizons by altering the Switch’s internal clock. This ‘feature’ is such an integral part of prior games that there was even a character designed to annoyingly remind players how to properly save, Mr. Resetti, when players would abuse the system’s time. So far, I have not seen Mr. Resetti in New Horizons, but I’m sure he will show up on my island at some point. The process to change the time simply involves making sure the app is completely closed (not just suspended) beforehand and going into the Switch’s system settings to turn off synchronizing the clock via internet.

This allowed me to skip ahead in order to unlock the museum and be able to add to the ever-growing collection of insects, fish, and fossils on display. The museum is one of my favorite parts of Animal Crossing: New Horizons so far, and I personally love the aquarium section that shows off all of the fish that I’ve caught and donated. As I move into new months, I’m excited to see what new critters I find that I will be able to add. This collect-a-thon felt very much like a Pokemon mechanic to me, where I need to “catch ‘em all.” The only caveat is that certain fauna only appears during certain months, so I’m going to have to skip a head a lot in order to finish my collection.

I would be remiss not to try out the multiplayer mode in Animal Crossing: New Horizons since I was playing with my wife. As such, I only tried the local multiplayer option and have not yet attempted playing via internet with other players but I have seen nearly every one of my friends when they’re online playing Animal Crossing as well which is exciting that I’ll have so many islands to visit. For joining my wife’s game, I had to fly out of the Airport at the southern end of my island and just say I want to fly to someone else’s island. It took a few minutes to connect and join her on her island, but once I arrived our gameplay was seamless. 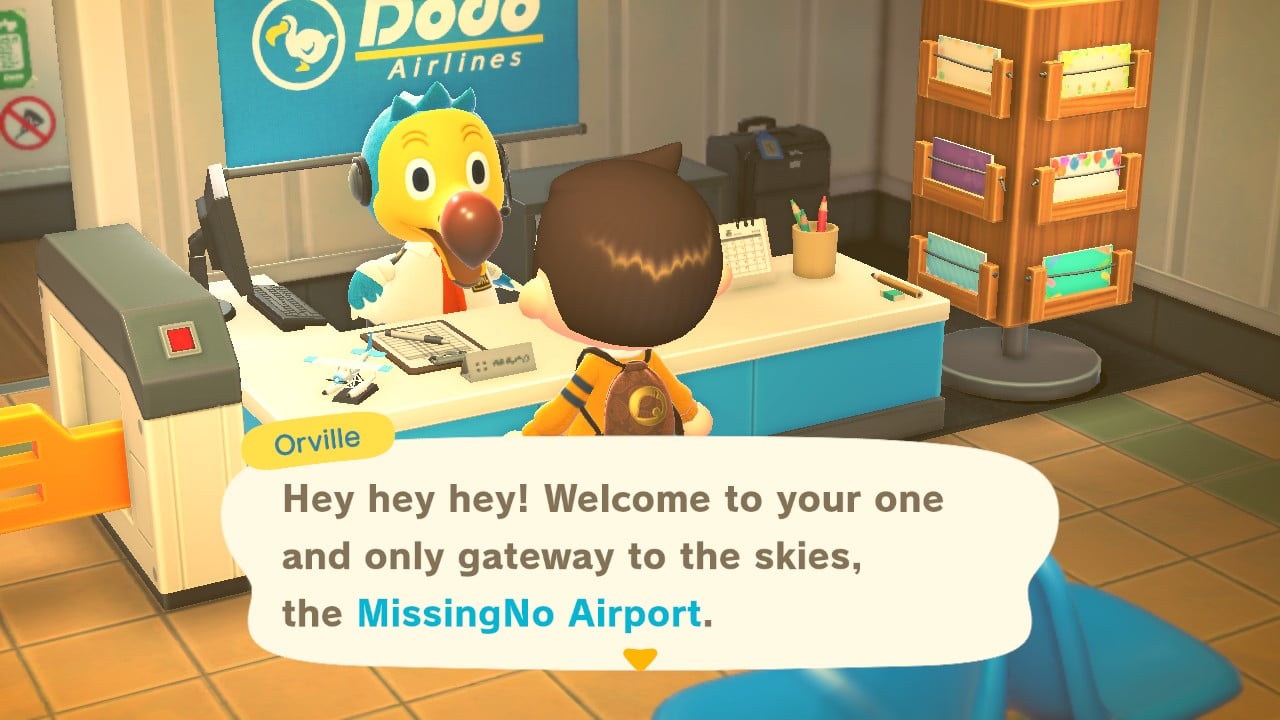 There wasn’t a lot to do on her island though as I didn’t want to steal any of her resources. We did exchange different fruit so that we can grow each other’s starting fruit on our island, which she informed me sells for considerably more than normal. The multiplayer mode in New Horizons supports up to 8 players, up from 4 on New Leaf, so I look forward to the day when I get to host a beach bonfire party on my island and be able to chat with friends. This multiplayer does require the Nintendo Switch Online membership though, but at least you can use voice chat via the Nintendo Switch Online App in order to chat with friends.

Day 4: What’s New on the Horizon

Although I haven’t gotten that far ahead in Animal Crossing: New Horizons, my wife has by obscenely abusing the time cheat. The things I am looking forward to is my island’s City Hall being completed, getting to customize my town’s theme song (which is 100% going to be the FF7 victory fanfare song), and opening the Able Sister’s clothing shop to really customize my little islander. Otherwise, I intend to keep collecting every single bug, fish, and fossil that I come across until my museum is decked to the nines.

I am immensely enjoying my time playing Animal Crossing: New Horizons right now. I’m glad it starts off slower than previous entries, because otherwise I think I would have been overwhelmed by everything there is to do. For now, I have set into a comfortable rhythm of my daily activities which include scouring the island for dig sites, collecting fruit off trees, mining stones, talking to the villagers, and completing the first Nook Mile+ quests of the day for bonus points. I am excited for all the new features to come that I haven’t even unlocked yet, and I can’t wait to see how the seasons change as well. In a time where there is so much chaos and fear in the world right now, Animal Crossing’s relaxed gameplay and chill ambiance is exactly what I need right now.

Stay tuned for our full review of Animal Crossing: New Horizon for the Nintendo Switch coming later. For now, I’m off to go push my clock ahead so I can finally finish building my Town Hall!