I’ve been a fan of Isometric ARPGs quite literally since their beginnings. I’ve experienced the seasons of excellent releases when it felt like the genre was on top of the world. I’ve experienced seasons of drought, scouring the internet for some signs of new titles on the horizon. As such I’m always excited to hear when a new ARPG has been released, as it's one more avenue for gamers to be introduced to the genre.

Aluna: Sentinel of the Shards is an isometric ARPG from developer Digital Interactive. Originally released on Steam in May of 2021, the title has received primarily positive reviews over the last year. Working hard to bring the title to consoles over the last year, Digital Interactive has just released Aluna: Sentinel of the Shards on PS4/5.

I’ve spent the last few days playing through Aluna on PS4 to see how well the PC title fairs on its console cousin. After 10 or so hours of playtime, it's time to share just how well Aluna fairs on console. So grab that coffee, kick back and check out our impressions of Aluna: Sentinel of the Shards for PS4.

Aluna: Sentinel of the Shards follows the protagonist Aluna as she journeys through 16th century Latin America. Tasked by her goddess mother, Aluna explores the world around her in search of magic shards that must be used to restore a power amulet. Aluna presents a creative and interesting world for players to explore, steeped in mythological creatures and Gods. I appreciate a fresh setting to dive into as Latin American lore is not something I’ve had much exposure to.

The world itself is rich and interesting looking and provides a diverse set of maps for players to explore. Graphically, Aluna offers players a visually colorful, albeit standard, ARPG world to navigate. While the world looks nice it doesn’t really offer anything that makes it stand out from other ARPGs. By contrast, I did appreciate some of the creature and boss designs which worked well with Aluna’s aesthetic and theme and offered some unique mobs to encounter along the way. 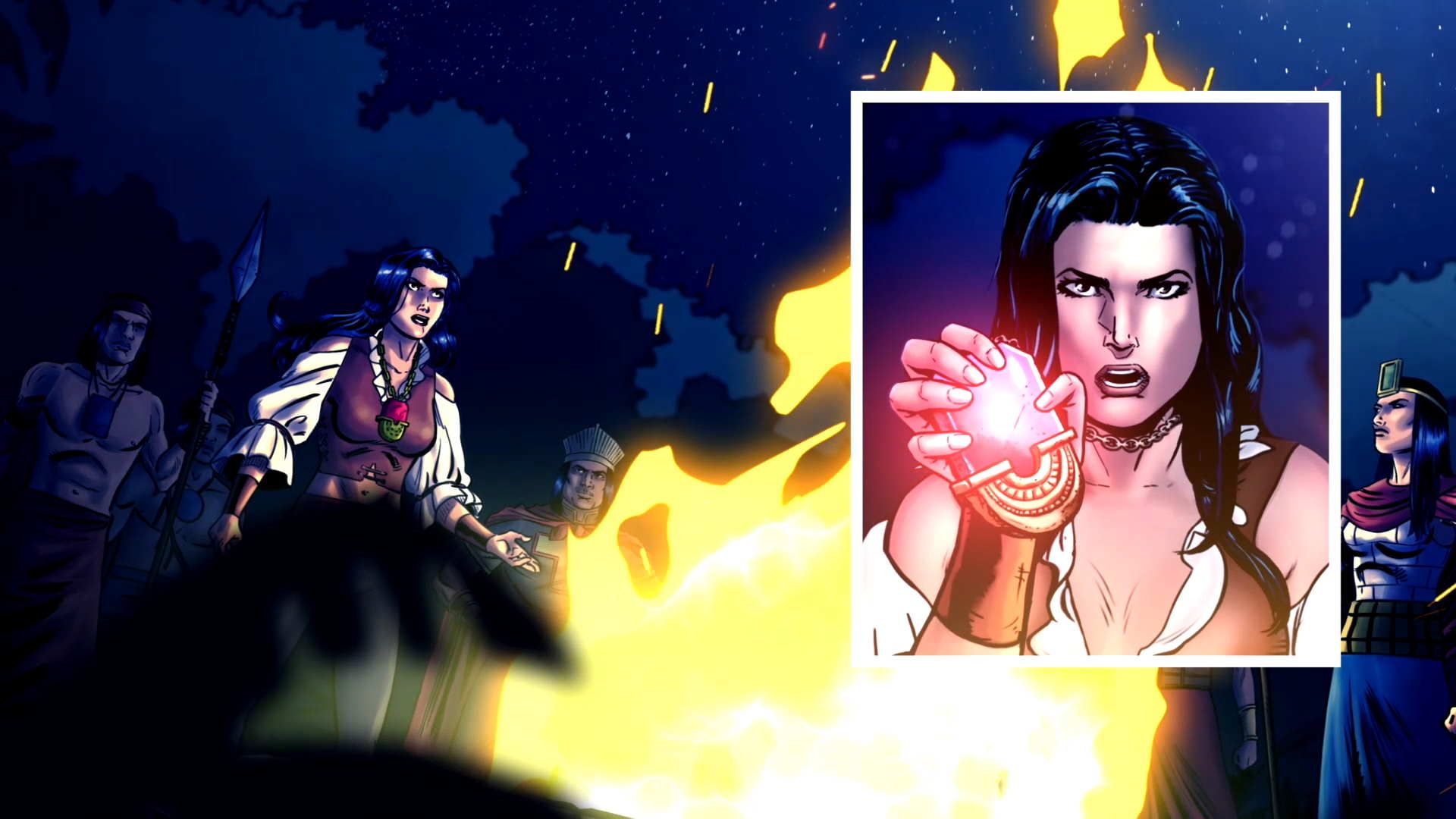 The story itself is a rather large fetch quest and offers an interesting look at Inca mythology without getting too bogged down by the mythology it's inspired by. Overall it offers a few twists and turns along the way that, if you are here for the story, should at least keep you engaged through one playthrough.

A narrated story and cut scenes help make the story feel more engaging. The voice acting itself is pretty solid with a special note on delivery to actress Paula Garces who voices Aluna. This coupled with some artistic comic-style cut scene panels creates an engaging narrative delivery system.

Aluna is an interesting title in that it reminds me a lot of older ARPGs. It shares much in common with games like Fate and Sacred 2 from combat to skill systems. Leaning into a simpler design the game's combat feels simple by today’s standard and a little clunky but could be a great introduction for those new to the genre. For experienced players, Aluna is going to feel a lot like the combat systems we are accustomed to in older ARPG titles. 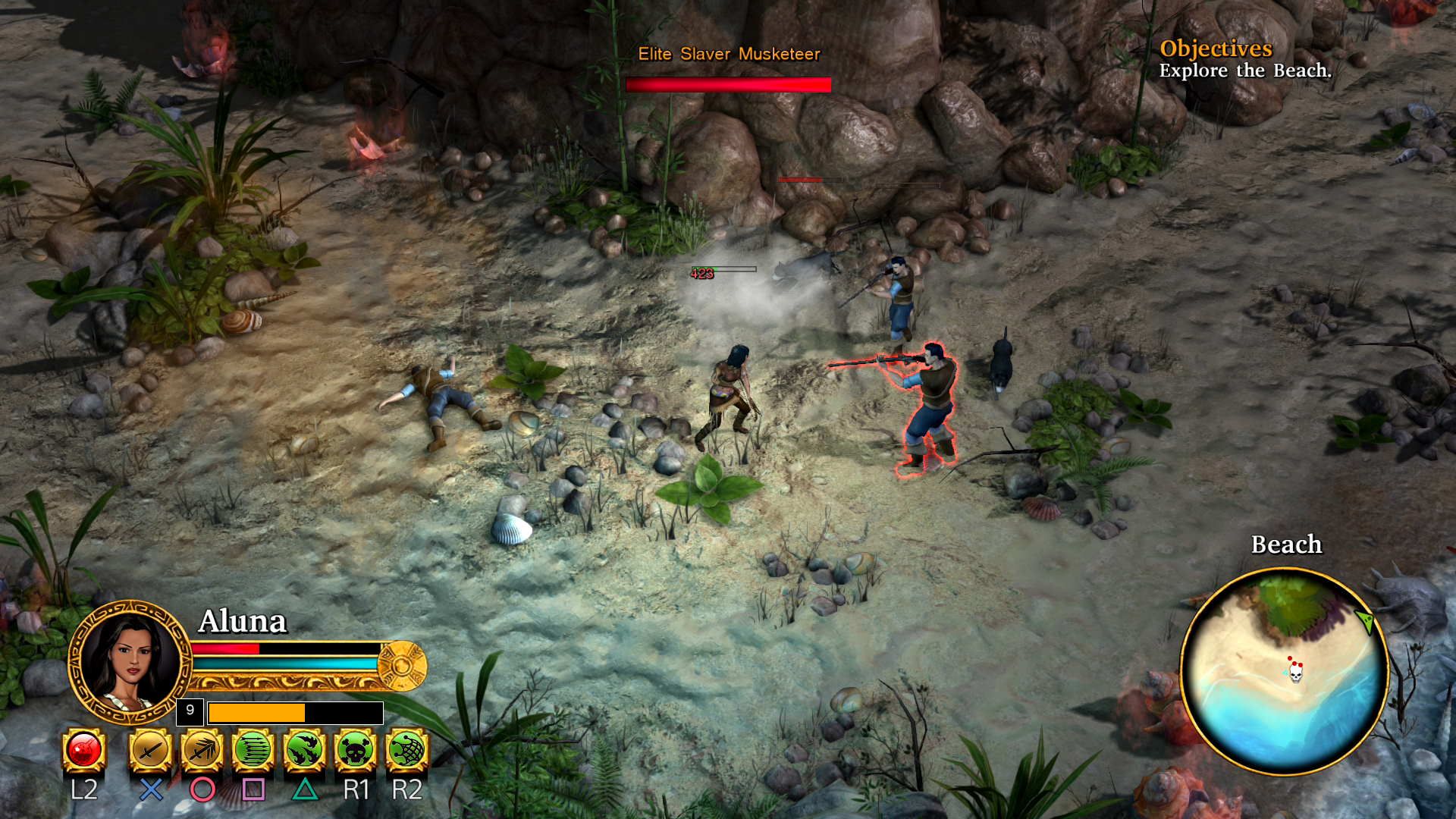 Skills and talents follow a fairly linear path with three skill trees(Melee, Ranged, Magic) to choose from with the freedom to pour points into each tree as you go along. Again it's a fairly straightforward system that doesn’t really bring anything new to the table. It does offer quite a bit of flexibility in how you want to engage in combat.

As there is no class system in the game, you are free to spec Aluna into one or all of the three and switch out weapons based on the combat situation. The system works well enough and offers some freedom to create a unique character. However, it is pretty limited and for 2022, it feels a little underwhelming compared to titles that came out even five or six years ago.

Crafting is also present though, once again, doesn’t bring anything new or fresh to the genre. Like the game's other systems, it feels dated. While a retro-inspired game isn’t a terrible concept, we have seen some incredible retro-inspired titles in the last few years, Aluna lacks what many of those retro-inspired titles have, namely originality. Other than the story, which is definitely a highlight of Sentinel of the Shards, there isn’t anything really original here to explore leaving the whole experience feeling a bit flat.

Overall Aluna offers a classic ARPG experience that is a pretty solid introduction for gamers looking to get into the genre. Aluna’s setting and story feel fresh. I also appreciate a developer exploring mythologies that gamers might not be familiar with. It doesn’t, however, present anything that veteran gamers will find new or attractive and leaves me wanting more out of this indie title. 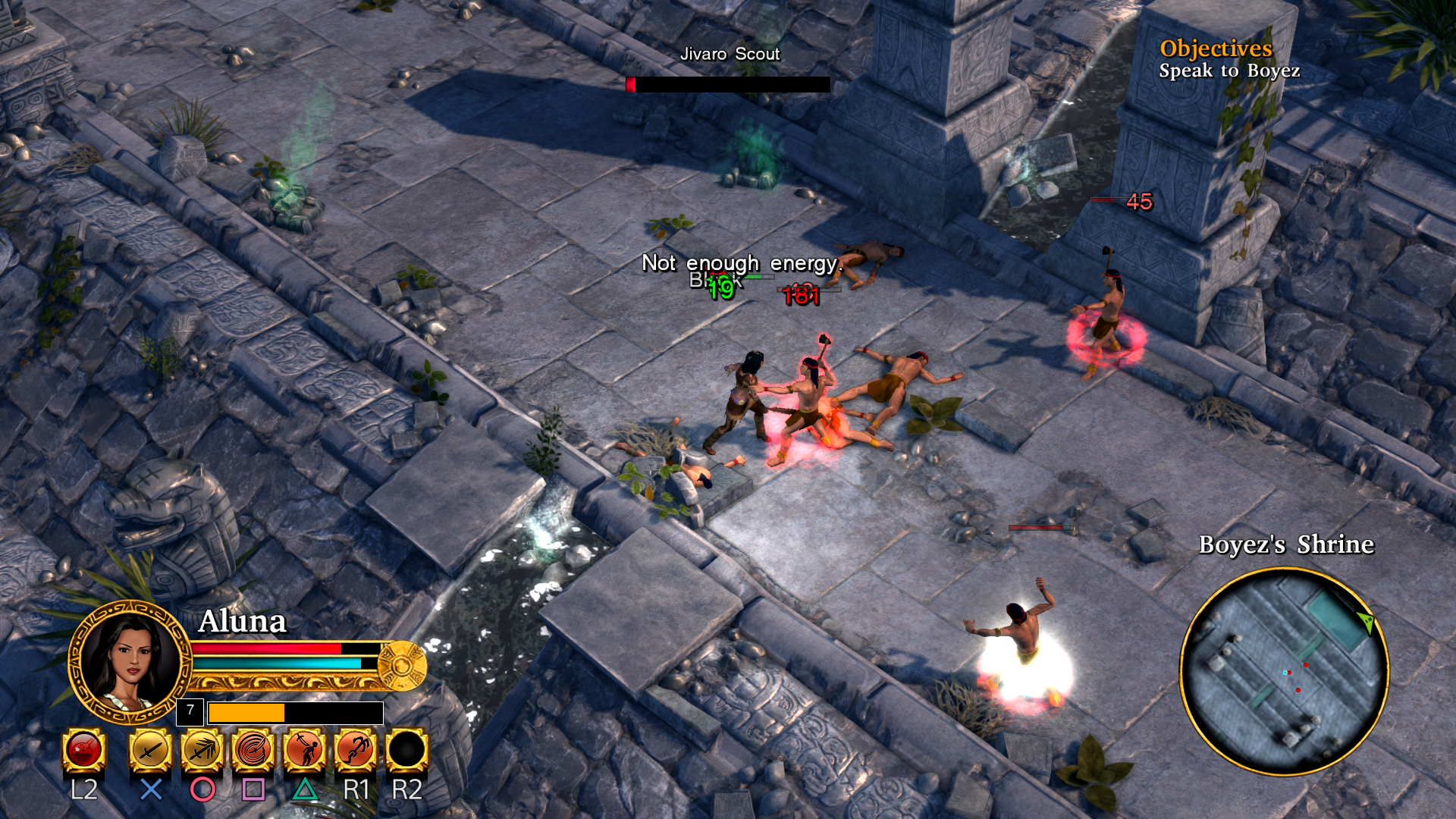 While Aluna: Sentinel of the Shards does offer a classic ARPG experience at its core, the PS4 port that I’ve been playing through is not its best representation. To begin, there are pretty consistent frame rate drops that take place during combat, when opening chests or looting. It's a point of consistent frustration as I’ve died more than once due to frame rate drops while in combat.

Another major issue that made my experience with Aluna less than favourable is the input lag. There is a significant input lag while using the PS4 controller. I tested both in wireless and corded mode but this had no impact on the evident lag. This resulted in several missed spell casts and attacks leaving me frustrated. In some cases, it made it near impossible to engage enemies and left me dead more times than not.

Even while loading and navigating menus, there was input delay. This is a significant issue that I hope is resolved in a later patch. I actually struggled to play for the 10 hours I put into the title as more than once the frame rate issues and input lag made playing a struggle. I’ve watched other gameplay from the PC version and would suggest picking up the PC version as it seems to run much smoother than the PS4 port.

Aluna: Sentinel of the Shards feels like a classic ARPG. its simple, streamlined combat and story are a great introduction to the genre for those who have never experienced an isometric ARPG. Mechanically though it lacks originality and struggles to stand out in the crowd. The PS4 version struggles to be playable in its current state and my hope is that we see a patch that resolves the issues I experienced during my playthrough. Aluna: Sentinel of the Shards is currently available on PC, PS4/5, Xbox One, Series S/X and Switch.

Tags
arpg
the rpg files
aluna: sentinel of the shards