It’s been a couple of weeks since the floodgates opened and tens of thousands of Jedi padawans, Sith apprentices, Republic recruits and prospect Bounty Hunters filled SW:TOR’s servers. My thoughts that I described in my previous column still hold true; the game is undeniably experiencing its second spring. Of course, many that were enticed by the game’s free-to-play nature left once more. Such is the nature of MMORPG gamers; they are a fickle beast and hard to please. Sometimes, the games that they leave don’t even do anything wrong. They are merely not like their first MMO, or their favourite MMO, or their last MMO. MMORPG players are also creatures of habit, after all.

Those who stayed until now though? I reckon most of them will stay for good, however long ‘for good’ is in the fast-moving world of MMO loyalty. For if one manages to look past SW:TOR’s moderately aged graphics, tab-targeting gameplay straight from the noughties and relatively frequent bugs, then one can undercover a true Star Wars fandom gem. It is not only quite shiny under its unpolished surface, but also uncontroversial. And THAT’S something that can’t be said for any of the newer Star Wars material. SW:TOR’s slice of the SW universe is wholesome. Rarely will you find anyone who actively and loudly despises the era SW:TOR is set in, or any of the material associated with the era. 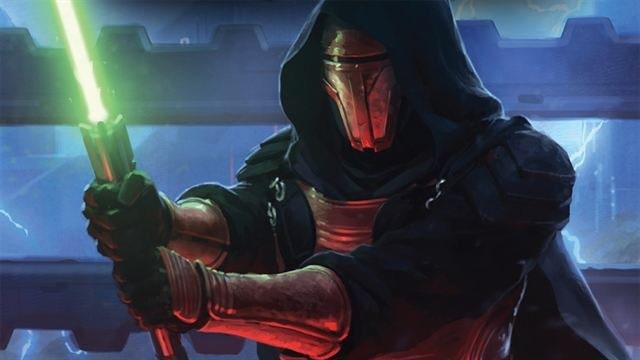 Revan, one of the most iconic characters in the SW:TOR era [Source: LucasFilm]

I don’t know about you, but enjoying the Star Wars franchise is kind of hard these days. Whether you’re a fan of the Disney Sequels, whether you think they’re the worst science-fiction works since the dawn of time, whether you prefer LucasArts’ Expanded Universe or whether you just can’t get enough of the new canon; delving into the Star Wars fanbase will inevitably lead to nerds clashing with other nerds. Or young fans clashing with old fans. Shippers with other shippers. Actually, let’s not talk about shippers. The point is, trying to enjoy Star Wars with like-minded people on the internet is guaranteed to be an endeavour of questionable fruitfulness. 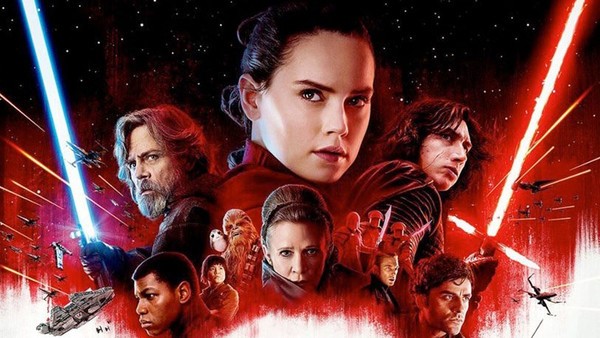 Unlike the sequels, the SW:TOR era is almost free from fan conflict [Source: Disney]

SW:TOR – amazingly – does not suffer from all the animosity that is so common within the fandom. Its storyline is so far removed from the original trilogy that it’s hard for anyone to feel betrayed by the writer’s story- and character decisions. Not even the dreaded ‘culture war’ that is so prevalent in modern day discourse of almost all fictional works is anywhere to be found - mostly due to the exemplary behaviour of the game development team, which definitely deserves proper praise. The team has managed to alienate not a single group of people. Their social media accounts are peaceful and try their best to appeal to each and every faction within the fandom, and not one employee felt the need to dabble in internet politics through all those years. No internet rage avalanches. None. It’s almost… idyllic.

I don’t think I’m the only one who thinks like this either. There must be others who are drawn to this game for similar reasons. At the end of the day, I don’t think anyone TRULY wishes to argue about the hobbies that they love, but would rather be able to enjoy them uninterrupted by unnecessary or prolonged negativity.

In SW:TOR, you can; and having a quick look at the game’s subreddit (and even the official forum, to some extent) confirms my claim. The amount of threads made by people wanting to show off their jedi, including the backstory that they wrote for them, is staggering. Screenshots of the game’s most iconic in-game landmarks that ooze Star Wars atmosphere are everywhere. People love Star Wars. People love being able to love Star Wars without being belittled or ridiculed. People love being able to behave like a naïve child for as long as they immerse themselves in their virtual worlds.

I’d like to end today’s ranting and raving by assuring you that should you be one of us Star Wars fans who grew tired of the franchise due to the seemingly never-ending conflict within and about it, you will likely enjoy SW:TOR. If you’re longing for an experience like in the fabled good old days of Star Wars, you will likely enjoy SW:TOR too. It captures the essence of Star Wars, and leaves out all the annoying rest. Except for the bugs. Those are still annoying.