A popular R&B group once solemnly sang about how hard it is to say goodbye to the past, which is a sentiment we gamers are very familiar with. As we continue to look back on the golden age of MMORPGs, there are fans out there that are just not willing to let the online games of the past die. We’ve seen well-made emulated versions of Star Wars Galaxies, City of Heroes and Warhammer: Age of Reckoning not only grace the virtual landscape again, but even thrive with new content. Here’s a list of 5 games that haven’t been fully emulated yet, but they deserve to be.

Emulated MMORPGs are sometimes a tricky subject. They are unofficial versions, run on private servers, and developed by fans that often are barred from capitalizing on their hard work of running and developing an emulated version, by charging money for the services they provide. Still, many players look back on some of their favorite games, that are no longer running, and yearn for those universes. We have some great emulated versions out right now, of some of our favorite MMORPGs, but here is a list of games I wish we could see as fully emulated versions. 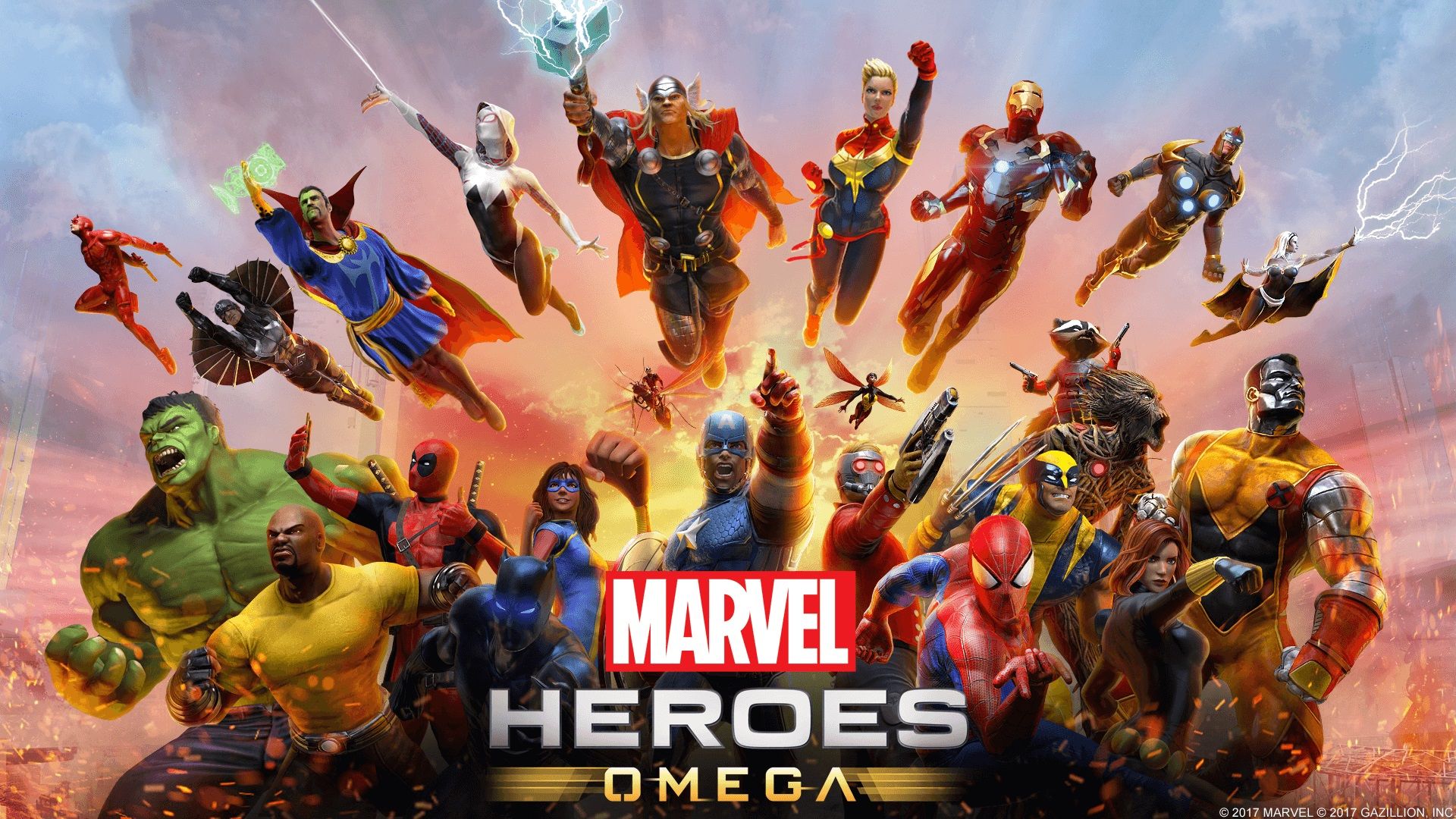 Marvel Heroes is a game that many gamers felt died just as it was finding itself. Marvel Heroes Omega just began its rollout on consoles after a few uneasy years on PC. Things started to look up, until Gazillion lost their licensing, which many speculated was due to some trouble with the CEO. Marvel fans were devastated, because the MMO ARPG had an ever-growing roster of characters, and was slowly building towards a better end-game loop.

It's certainly a long shot to see an emulated version of Marvel Heroes. Sure, Star Wars is a Disney property now, and Star Wars Galaxies is running, without the SWG code mind you, but any type of emulation, assets, characters and code can be like a tightrope walk. Marvel Heroes is a much tighter rope than some others on this list seeing as how Trion (now Gamigo) purchased Gazillions old code, and ARPG Marvel games are still in ongoing development, dashing any hopes for Disney to simply look the other way on the resurgence of a once popular MMORPG which would be a direct competitor (and a free one) to games that are currently on the market. Still, a Marvel fan such as myself can still hope! 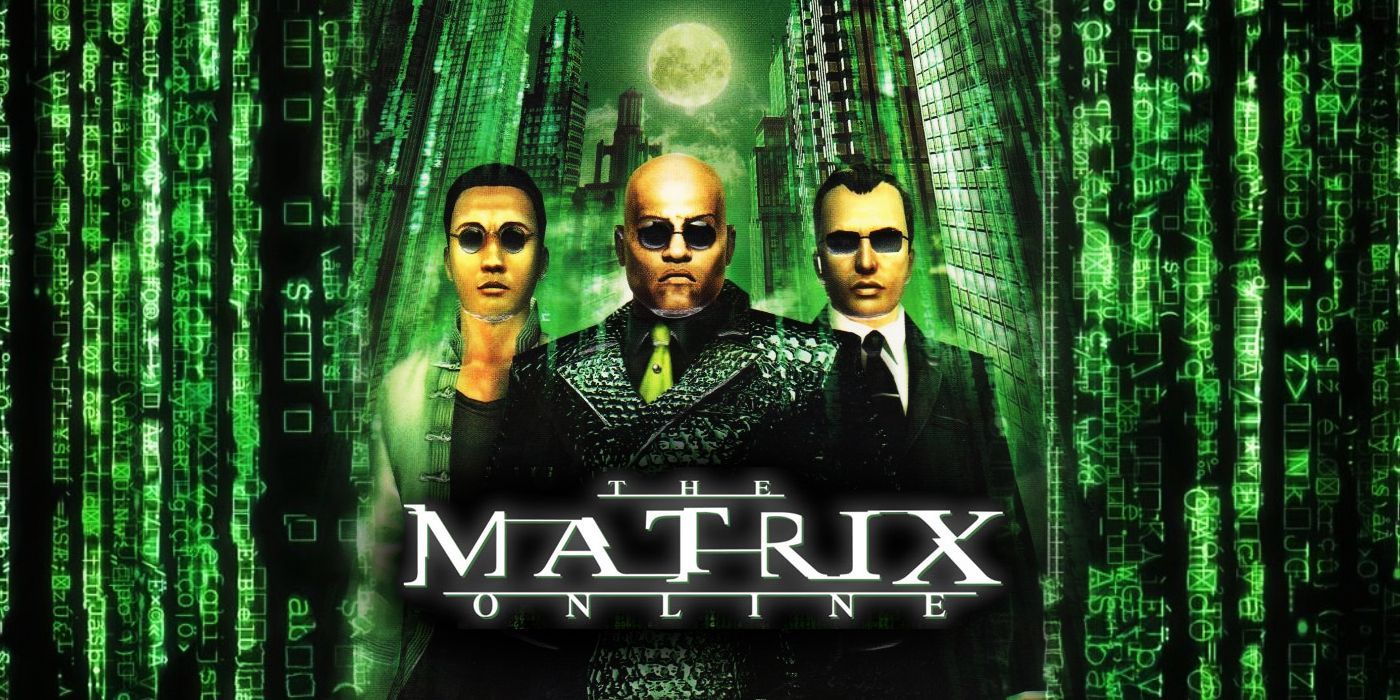 Many people probably wouldn’t wish for the return of The Matrix Online, and to be honest, had you asked me a couple years ago, I would be one of them. One of the best things about The Matrix Online is that it was a way for the story to continue to live on, after the renowned trilogy ended. Players were led along storylines that concluded with the fate of Morpheus and they were finally part of “The Matrix” in a way that only an online game would allow.

Unfortunately, the game was terrible. The kung-fu-esque combat system never felt right. The randomized questing system was interesting on paper, but the lack of variance between the quests became boring after a while. Most importantly, the story felt like it just had nothing left to give to the universe that the films created. Now, however, with The Matrix Resurrections recently released, there seems like there may still be some gas in the tank, and I would love to hop back into The Matrix Online and be part of the world once again. 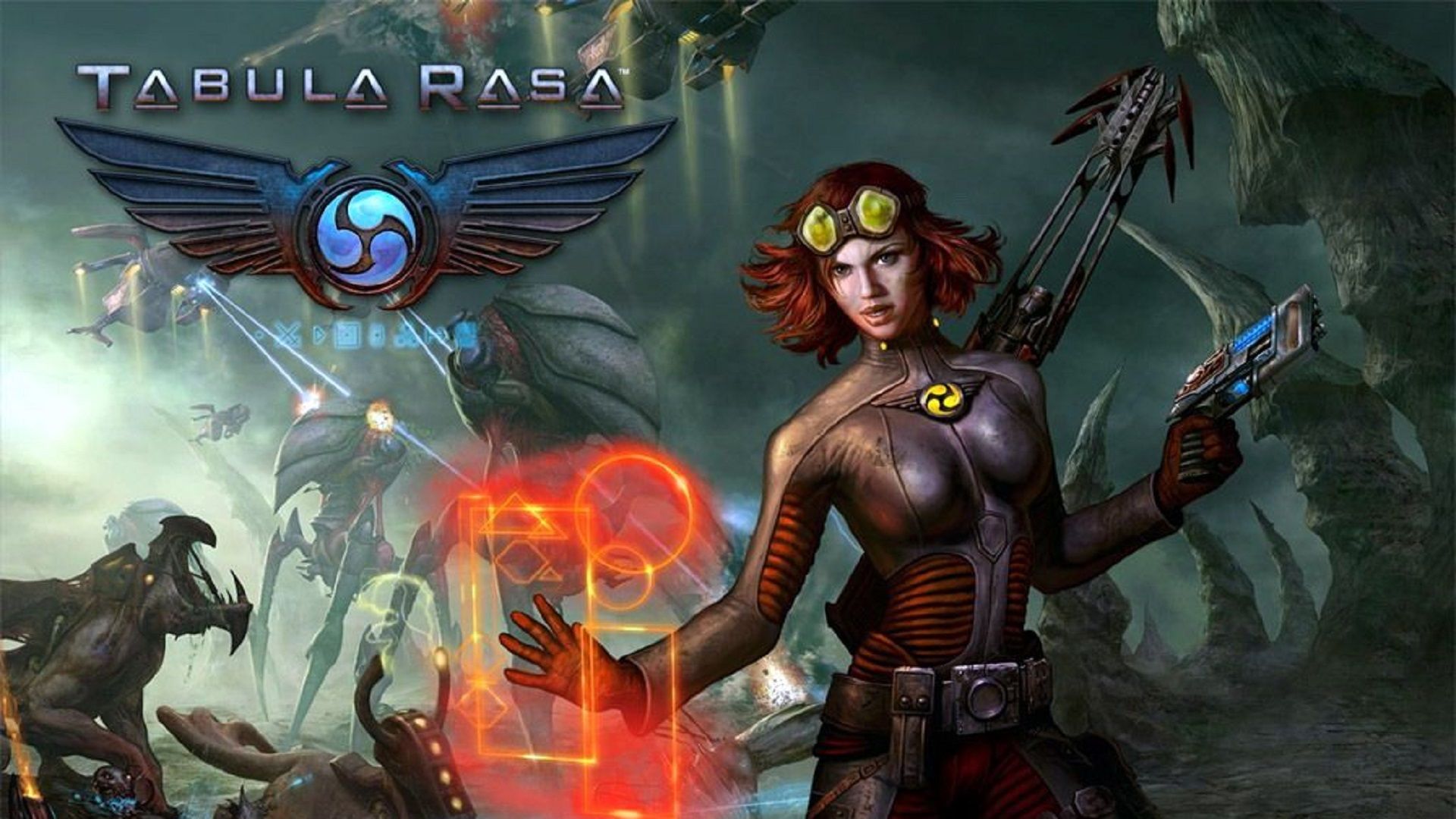 Tabula Rasa needs a clean slate of its own with a brand spanking new emulated version. Many out there may not remember Tabula Rasa, but it still baffles me how quickly the game shut down, despite its unique gameplay, and interesting world. Although the combat used more of a soft target system, I still vividly remember jumping over hills and blasting aliens in the face with an advanced shotgun-style weapon. The use of control points felt way ahead of their time, as they were a major gameplay feature that were a precursor to what would now be considered something like Guild Wars 2’s dynamic events or RIFT’s rifts.

Then the crazy started to happen. Famed developer Richard Garriott (AKA: Lord British) planned a space flight to promote the game, somehow, and was terminated upon completion of the flight by NCSoft. This led to some massive litigation between Garriott and NCSoft, and of course, when there’s a big public fight between the parents, the children are the ones who suffer, and shortly thereafter Tabular Rasa was no more. There’s still a lot that isn’t known about what happened with Tabula Rasa but one thing is for certain, there’s a lot that was going on in-game that I wished I had time to learn much more about. 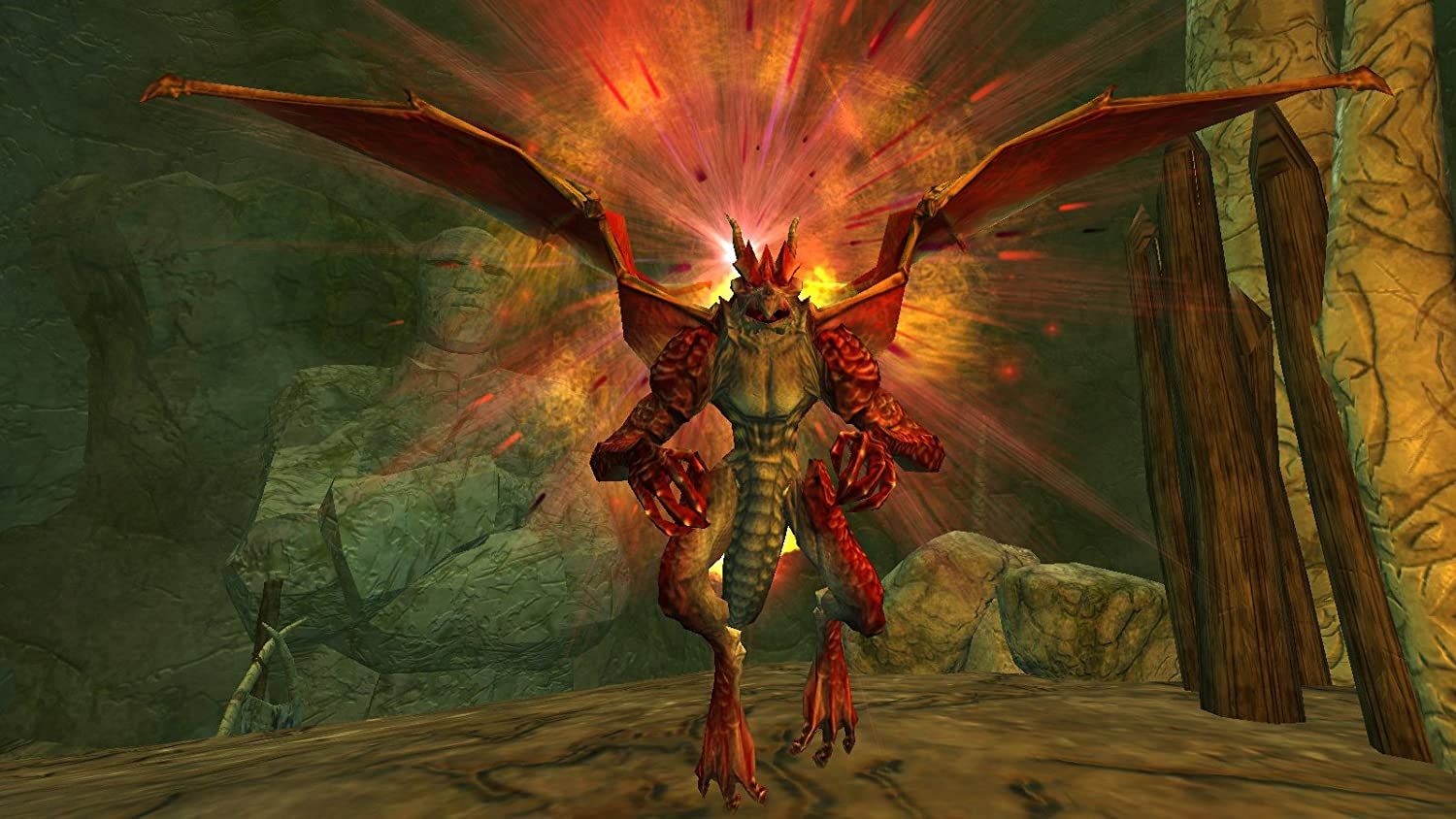 High adventure in a huge, seamless, dangerous world, were just some of the features that Vanguard: Saga of Heroes was meant to have. It did deliver on some of its promises. A unique, hands-on crafting system really spoke to players that were really looking forward to battling their forge to make powerful weapons. A one-of-a-kind diplomacy system, and slew of captivating, out of the ordinary classes were just some of the other features that made Vanguard: Saga of Heroes a really interesting game.

The performance, on the other hand, was abhorrent. It wasn’t just launch-day madness, which Vanguard: Saga of Heroes had in spades, but it was the ongoing “chunking” of regions, bugs, and monotonous systems that scared players away for many years, until the game finally closed. The main problem is, the game had started to get a lot better before it was sent down the river. The complex systems within Vanguard: Saga of Heroes are pieces of MMORPG history that I really came to appreciate and they need to live on an emulated version. 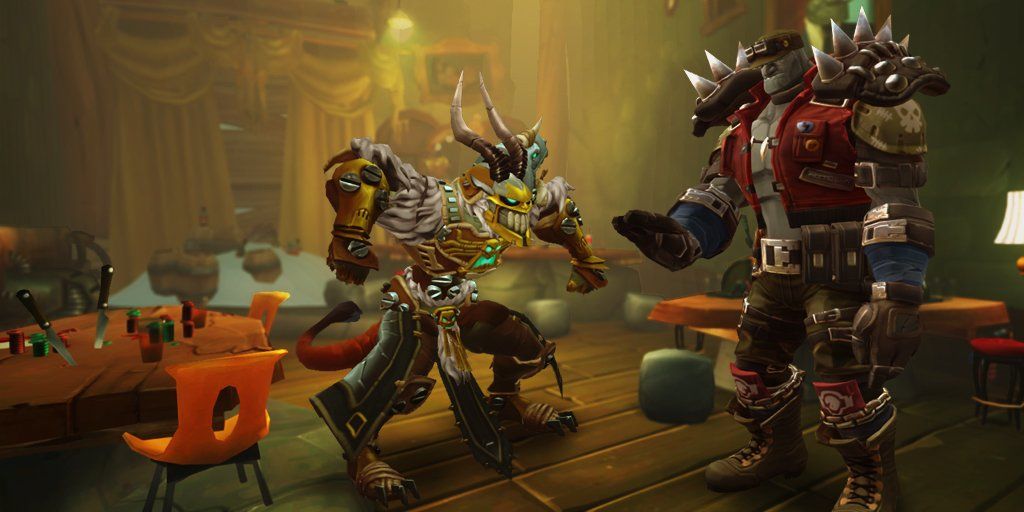 Is it weird, or wacky, or just Wildstar? I remember the first time I hopped into Wildstar I smiled at how strange it was. The over-the-top announcer voice, that flashy abilities, and silly character designs caught my attention. Sure, I was a weird anthropomorphic animal, so what? Wildstar had a lot of, let’s say, personality, and it’s that kind of personality that we don’t see that often in MMORPGs, because developers are sometimes afraid to break through that fourth wall. It also didn’t hurt that the combat system, that used a telegraph system to fire off and dodge abilities, was easy to learn and a lot of fun.

It's hard to say why Wildstar didn’t fully catch on. I know that I stopped playing it because there wasn’t much left to do in terms of story, or an ongoing end-game loop that kept me fulfilled. Wildstar wasn’t bad, nor did it inherently do something so wrong that it caused a mass exodus of players. Instead, it just kind of faded away, and never truly found a way to bring players back. Wildstar is an intergalactic circus. It’s a lot of fun to visit, but you don’t want to live there. That’s why an emulated version would be perfect, so players can revisit the best parts of the game, again, when the mood strikes.

This is my list of emulated MMORPGs that I’d like to see. Do you play emulated games? Are there any games that you miss, that you wish were emulated or resurrected? Let us know in the comments!