We are all guilty of a little white lie or two, and developers are no exception. Unfortunately for most development studios, gamers aren’t always forgiving when they’re told to expect one thing, and then they’re delivered something completely different. Broken promises aren’t confined to MMORPG developers alone, but here’s a short list of common promises we see developers of the genre make, and break, often enough to warrant a list.

Free to Play, Buy to Play, Subscription only? Will there be a cash shop? Will it be all of the aforementioned things? If you are an MMORPG developer, the answer to this question might depend on several factors, but the largest one likely comes down to the popularity of your game. Most studios have a clear picture of what they want their game to be. Will they have a box cost with a subscription, or will they be free to play with a cash shop? 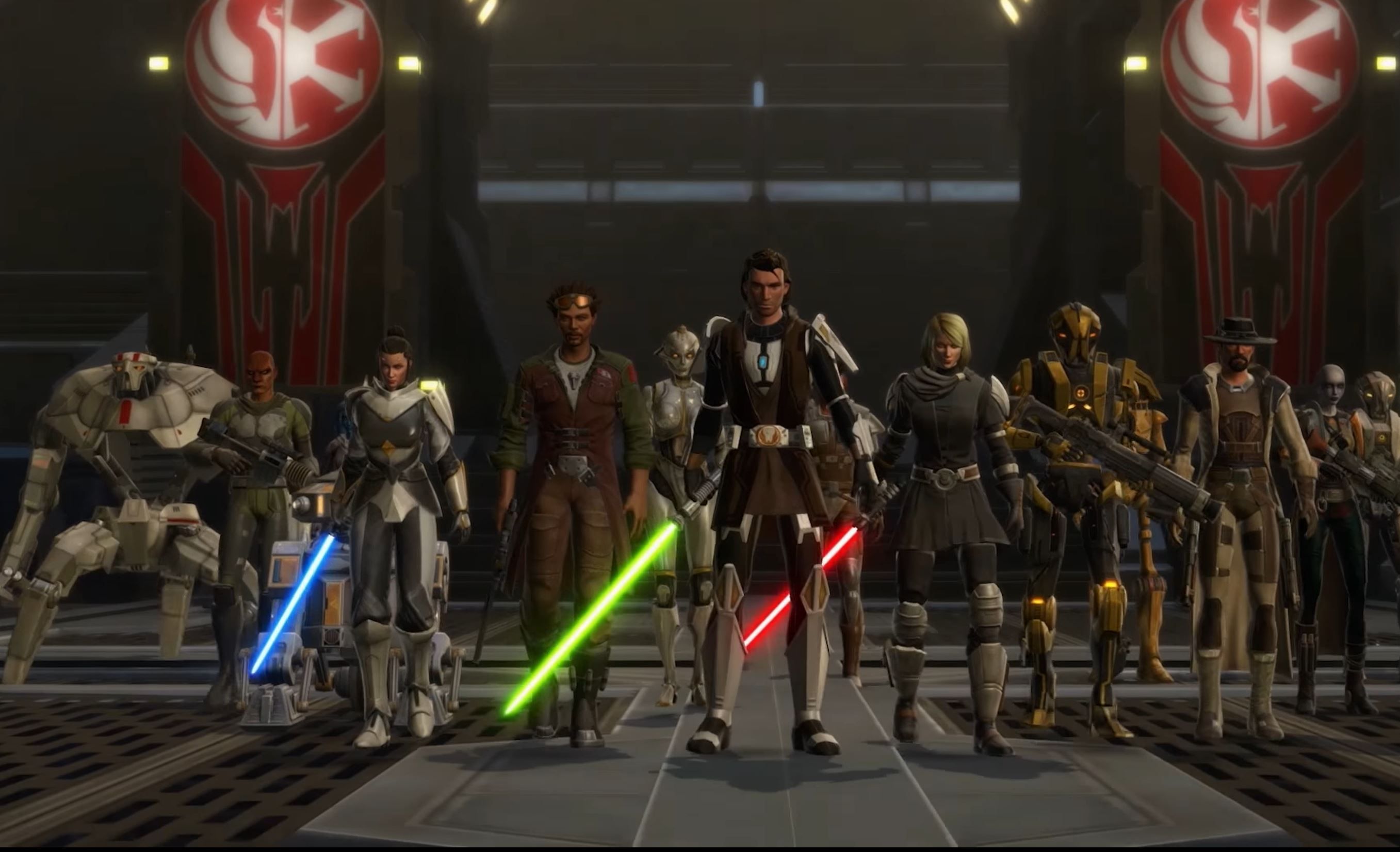 We have seen how malleable that vision can be once a game starts declining in popularity. A box price only game, may suddenly turn into a free to play cash shop game. A cash shop title may introduce a highly valued subscription service. Many games have gone this route, and most out of necessity to keep the lights on. For example, Star Wars: The Old Republic launched with a box price, and planned to continue on as a subscription game. The game launched to much fanfare in December of 2011, but a year later, the game had transitioned to a free to play model, due to declining subscription numbers.

It’s easy to understand when a game gets to the point that they require a monetization transition to stay alive, but we are starting to see some games take advantage of this system. Bless Online was one example that attempted to sell itself as a buy to play game at the onset of its early access, but transitioned to free to play in the blink of an eye upon release. Neowiz knew from past experience that the game lacked staying power, and it felt as though the initial buy to play influx of purchases came off as nothing more than a cash grab. These bait and switch monetization models may be necessary to keep the lights on in some cases, but it can also turn off gamers that see these lightning fast transitions as an abuse of these monetization systems.

No Pay to Win Cash Shops

When it comes to studios that decide to use cash shops, there are three kinds of developers. There are the developers out there that believe that cosmetic only cash shops work, and boost revenue without giving players an unfair advantage by placing game breaking items in the real money shop. Then you have the developer that may not realize that items they are placing in the cash shop may, in actuality, give an unfair advantage to players who purchase them. Last, you have the developer that knows they are placing pay to win items in their cash shop, and they don’t really care if you don’t like it. 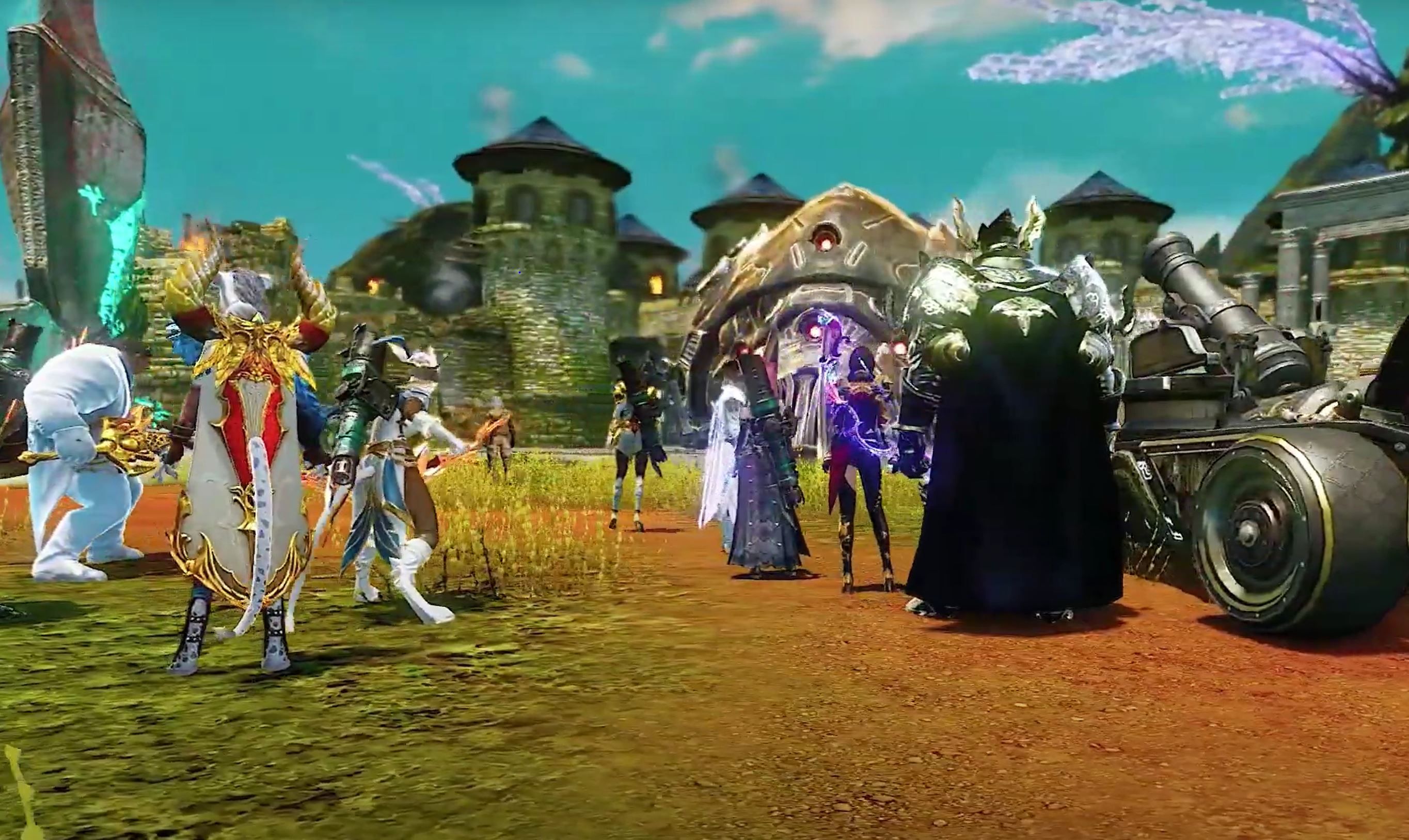 Over time, the cash shop of a game goes through some changes. Players sometimes debate what, in a cash shop, truly makes a game pay to win. Items such as time savers like XP potions and renown boosts, direct currency, or bulk materials, often get brought up as potential pay to win items, as “winning” is circumstantial to whatever a player’s end goal is. For many, “winning” could revolve around obtaining specialized gear from a dungeon. A game like Astellia utilizes a dungeon ticket system to farm dungeons for whatever you wish to earn from them. Players could purchase dungeon tickets to bypass the timed lockout, which some considered “pay to win” because those willing to pay could advance their agenda further without waiting. Astellia originally released with the premise of a “No pay to win” cash shop.

The problem with the determination on whether a game is pay to win, is that actually being pay to win is subjective to the players in many cases. Because of that, many developers may not realize that features they place into the cash shop, may inadvertently become pay to win, thereby breaking a previous promise of an advantage free RMT shop. Perfect World Entertainment and NCSoft publish some titles with questionable cash shops, and in many games, they don’t even try to hide it.  Gamigo's ArcheAge is another prime example, where the team went out of their way to acknowledge sale items that specifically weren't pay to win, after feedback over items the community considered highly pay to win. For other developers, they may not realize they are doing it, but diving into anything apart from cosmetics is a good way to break a “no pay to win” promise.

Everyone deserves a break now and then, and delivering on release dates is tricky business. The last thing anyone wants is for a development team to release a game before it is ready. As gamers, we understand that. There’s nothing worse for a game’s development cycle than a premature game release. The main problem with acknowledging that “mistakes happen”, accepting a new release date, and moving on, is that for many developers, release dates are so completely off base, and release versions are still exceptionally buggy, that it’s hard to believe a development studios internal roadmap could be so wrong. 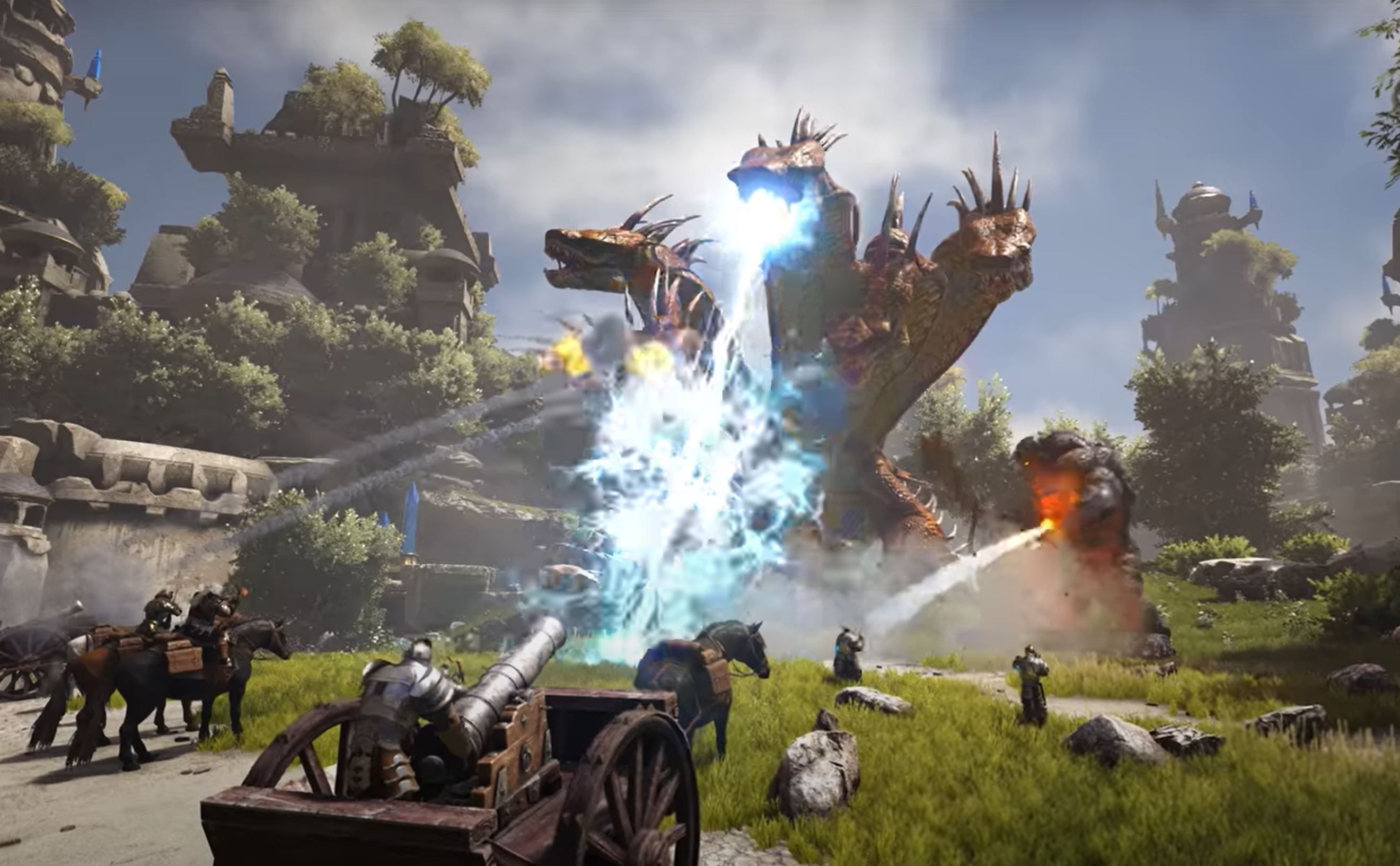 MMORPG’s take a long time to develop. Usually, by the time an MMORPG has been announced, it has already been in development for a number of years. Once a game is announced anything resembling a release schedule should be taken with a grain of salt. Now games, MMORPG’s included, slither into “soft launch” status by pushing into Early Access. Many Early Access titles resemble the launched game, complete with a full fledged (and working) monetization system, but still provide vague release dates that they don’t even attempt to commit to.

A quick jaunt around Steam’s early access MMORPG titles will provide more than enough examples of games that planned to transcend their development status by a certain timeframe, but ended up in the release date graveyard. Project: Gorgon planned to leave early access a year after Steam Early Access, but hasn’t seen a Steam update since late 2020. Atlas expected to be in early access for 2 years, which would have put its release date sometime in 2020, but the game is still chugging along in Early Access.

Then we have one of the most controversial release dates, probably in the history of MMORPG’s, Star Citizen, which was supposed to deliver something, based on their Kickstarter campaign, in less than 5 years. According to Star Citizen’s own Kickstarter page, they determined that players would be able to play the Star Citizen Beta 22 – 24 months after the successful campaign ended. It’s now nearing the 10-year mark, and the game is currently headed into Alpha 3.13. The carrot and stick approach shouldn’t be used to keep players hanging on, it’s 2021, don’t announce or ballpark your release date window if you’re not sure whether you’ll even get close.

MMORPG’s by nature are ambitious titles. They are usually slated to house hundreds if not thousands of people in the same world, fighting together, trading together, and competing against one another. Over the past two decades, it stands to reason that, in order for the genre to move forward, developers will have to push the envelope a little bit, and provide features that we haven’t seen before. 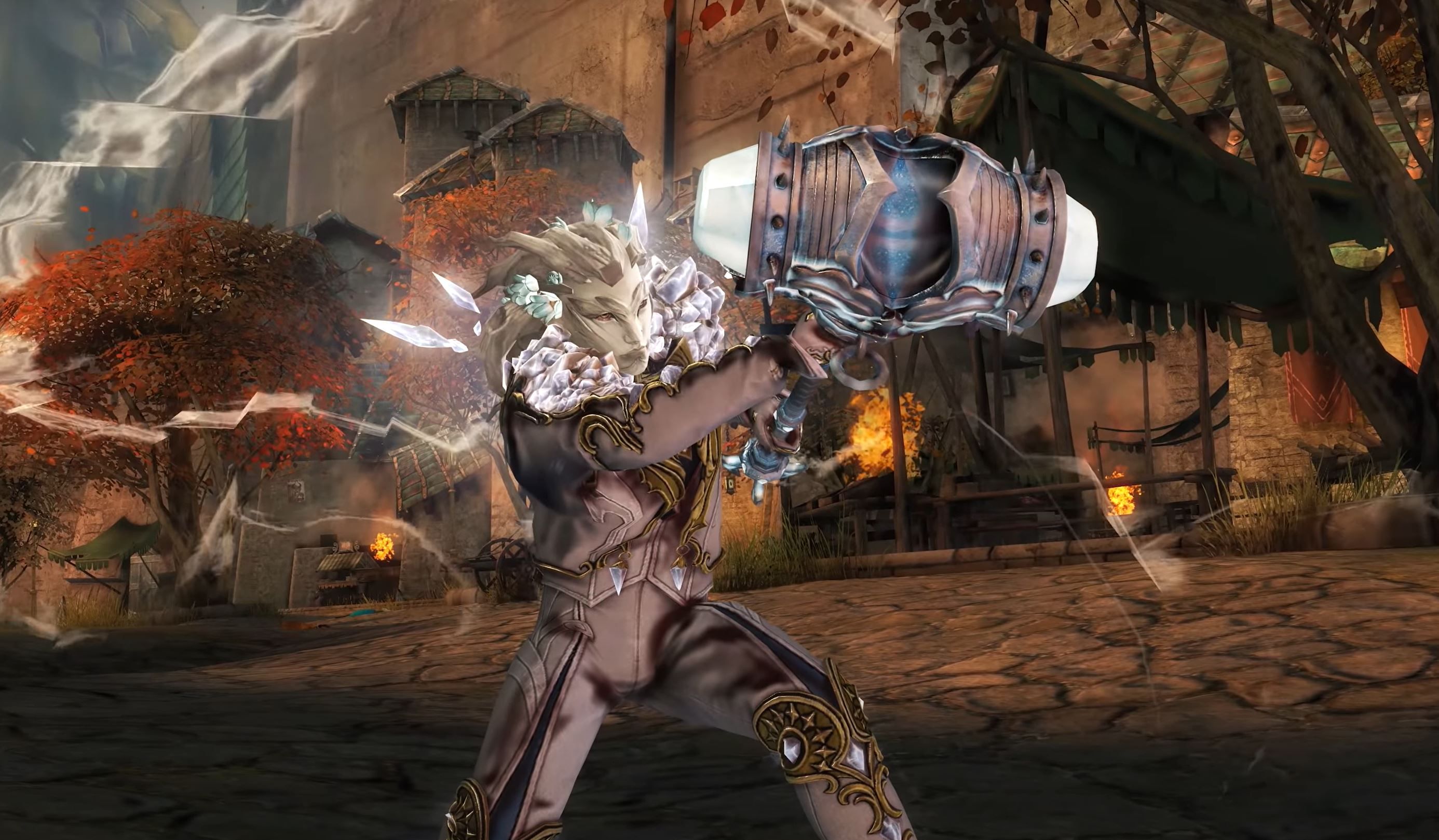 New and exciting features, unfortunately, aren’t always a risk worth taking, it seems. Today games have far advanced graphics, better performance benchmarks, and many baseline launch plans are usually rich with cookie cutter features that many other games include as well. The sad part about a lot of these features, is that they were initially billed as being far more than what they turned out to be. A fantastic example of this, is Guild Wars 2’s story system. Initially, way back in 2012, your story was supposed to walk you through a personalized experience built upon your choices. That’s why, even to this day, you are asked questions when you create a new character. 8 years later, the story that gets pushed out every few months is a singular, no choice path, built around a character that has limited if any choices to make, with a past as meaningless as the next player.

Hyping features that a studio can’t deliver is nothing new. These days you can throw a stick and find a game that may have overhyped and under-delivered. Recently, though, Moon Studio’s CEO, Thomas Mahler accused some studios of “lies and deception” and questioned why we as gamers continue to believe them. Few understand overhype the way we do in the MMORPG genre, with a past filled with games like Vanguard: Saga of Heroes, and Tabula Rasa. The answer to Tom Mahler's question is, these studio’s prey on our hopes that they can actually deliver. It’s hard not to get excited for something ‘new’ when many of the biggest games in the genre are nearing a decade old.

When was the last time you hired a plumber and came in to find him working on your car? Probably never, and there’s a good reason for that. When you’re working on a major project, like an MMORPG, it usually consumes your professional life. That’s why when a developer, flush with Kickstarter cash, or alternative funding, waddles over with two outstretched arms, holding a Battle Royale title, we can’t help but throw up our hands and scoff at them. 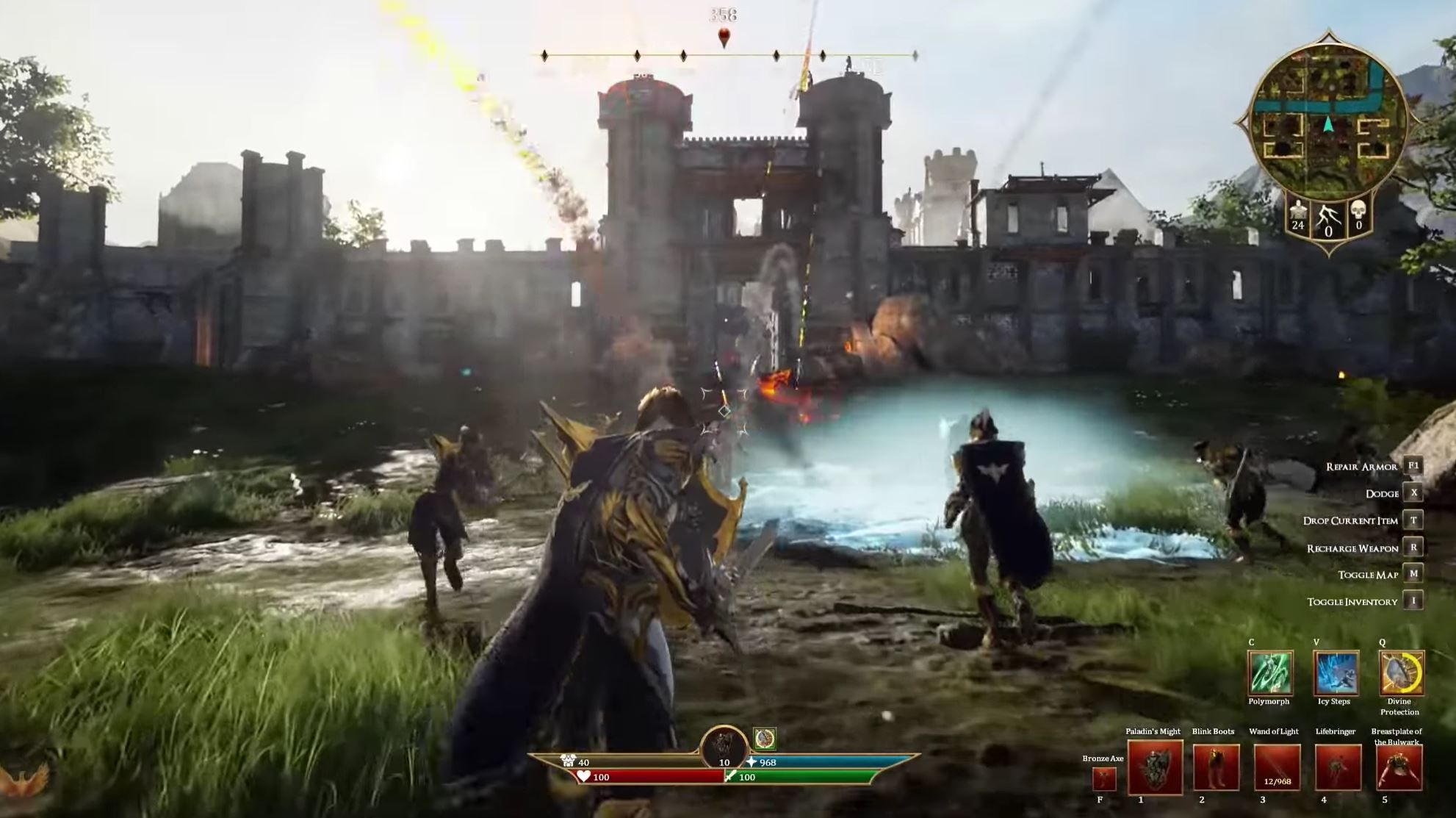 So, when a development studio like Intrepid, or City State Entertainment, both of which were kickstarted, announced the release of Battle Royale titles, an enraged scream and a fist to the sky is the least they should have expected. While a case can (and has) been made that both of these studios’ additional releases are a step forward in the development of their original games' visions, it’s not really a case worth making. Simply put, players didn’t sign up to fund Ashes of Creation: Apocalypse or Final Stand: Ragnarok. These aren’t the only two games that have done this, either. During the Battle Royale fad that still captivates many, even Black Desert Online attempted to work a Battle Royale mode with Shadow Arena alongside their popular MMORPG. That ended up closing down back in 2019, and went into a full restructure, but to what end? The game has come back, but still can't find its footing, with an abysmal steam player base peaking at well under 100 players daily.  What do we want? An MMORPG. When do we want it? Before any other projects!