Over the years MMORPG’s have changed for many different reasons. Some changed to make the genre more accessible to new players, and some changed so gamers require a substantial time investment to make any beneficial progress. As developers embark on their own quests to find the formula that works for them, here is a list of features that many games have implemented over the past two decades that have either made MMO’s a little too easy, or unnecessarily difficult.

There was a time when enabling “Auto-Features” such as setting a character to automatically craft multiples of certain items were considered welcome quality of life additions. In 2021, however, many games are getting to the point where Auto-Features have fallen off the deep end, and into a whirlpool of redundancy. 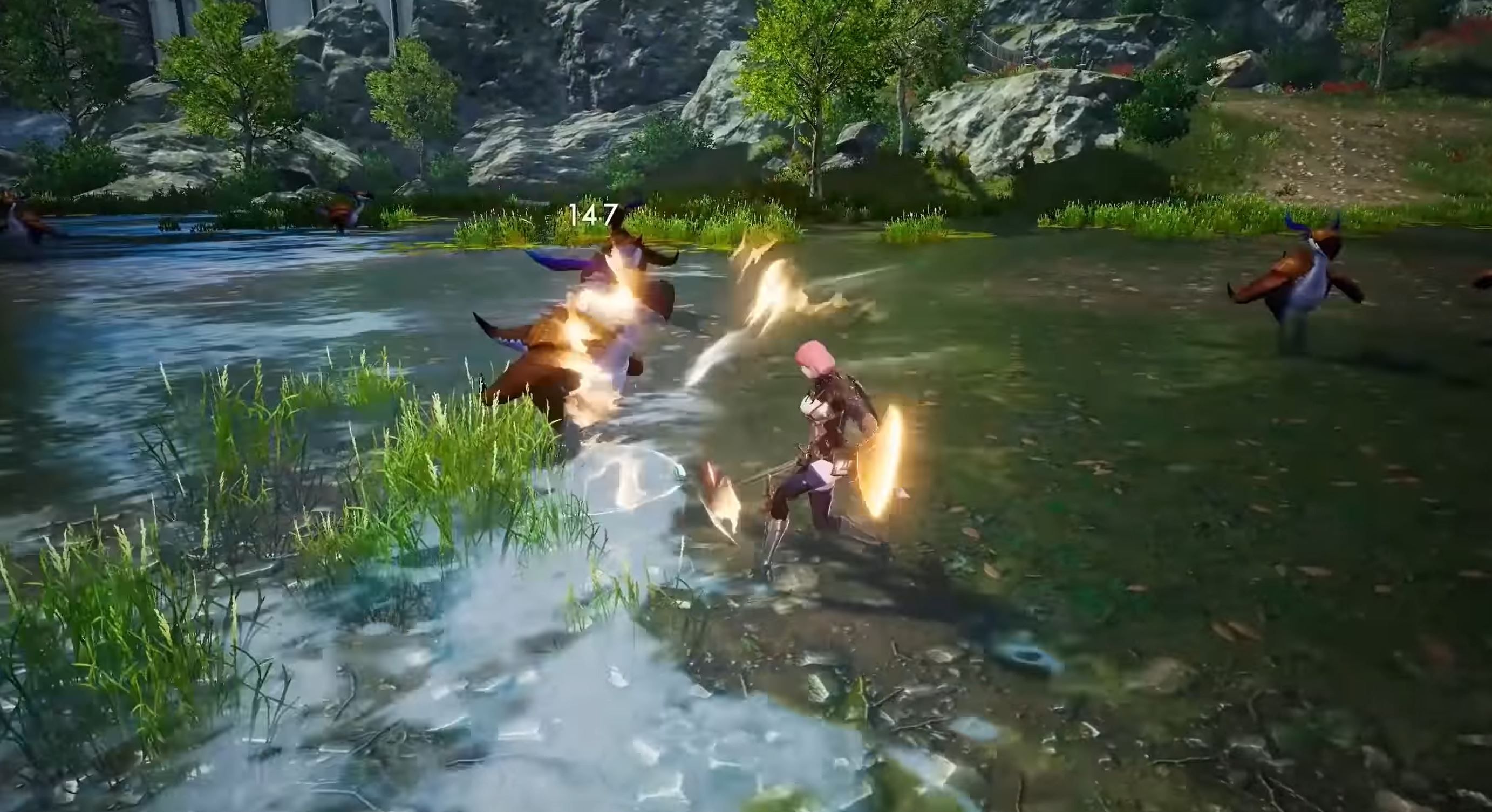 In the age of small-screen gaming on mobile, and an increase in developers’ insistence on making games more accessible than ever, Auto-Navigate and Auto-Play has started to creep from the mobile-space into PC MMORPG’s. Games that are cross-platform between mobile and PC, such as Nexon’s V4 may have a reason for auto-play to exist but Astellia Online is a PC MMO with an Auto-Navigate feature, that provides hands-free navigation to quest objectives, while the player can watch on in all of the games’ nap-inducing glory.

More games than ever are focusing on migrating accessibility to the mobile space, but the last thing the MMORPG genre needs are more games that essentially play themselves.

The greatest part of the adventure is the journey, not the destination, so for many MMORPG’s, prolonging the destination, even after hitting max level, is the best way to keep players invested. At least, that is usually what developers say, until they slap you with arbitrary side-grades and a slow-to-obtain gear score that creeps ever upward. 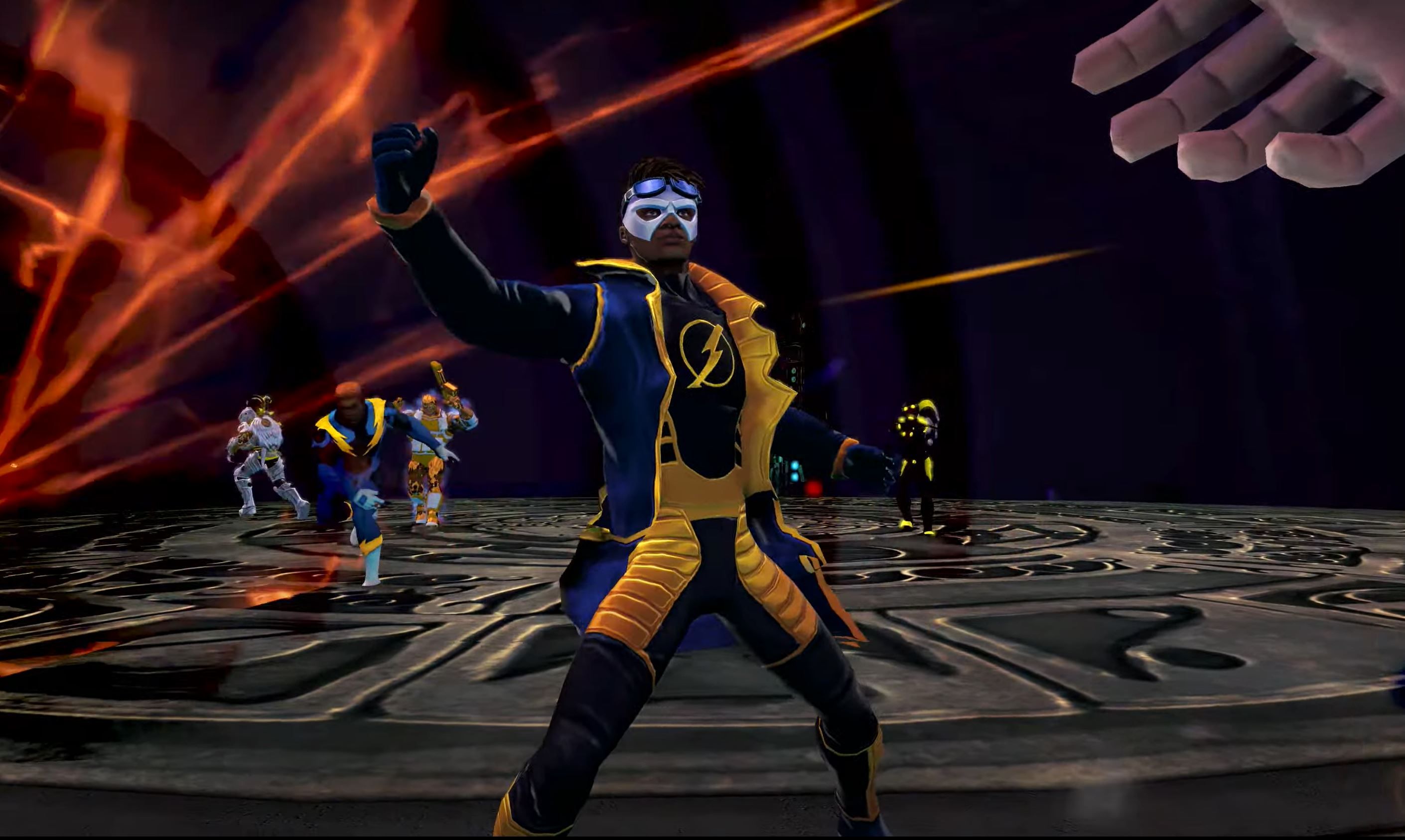 The sad fact is, in many games, the ‘journey’ in your chosen beloved world often ends long before you hit your stride on that end-game gear grind. Some games mask that loss of progression by enabling an “infinite” leveling system like Elder Scrolls Online, but many games these days upend the actual level and skill progression of the character, in favor of gear progression.

Many MMO's implement gear rating systems, and almost all of them require that gamers push repetitive content to obtain that gear – whether through a high-learning curve raid system, or incremental gear restricted content. These convoluted systems are just too hard, and even the developers get that. That’s often why they provide updates that hand out level and gear-upgrade tokens when new content releases. If end game progression scaled properly and didn’t require so many hoops to jump through for minuscule rewards, developers wouldn’t have to hand out participation level and gear score tokens with every expansion so players could "catch up".

Too Easy: Self Reliance

There was a period when MMORPG’s required that you work together. Of course, large swaths of time could pass where players would adventure alone, but there were often times when you needed other players around, even if you weren’t in a group. Games like Final Fantasy XI put groups front and center even during the early progression game. Now, we have games like Guild Wars 2 that forces players to build characters that are mostly self-reliant, even as they tout large group-based events. 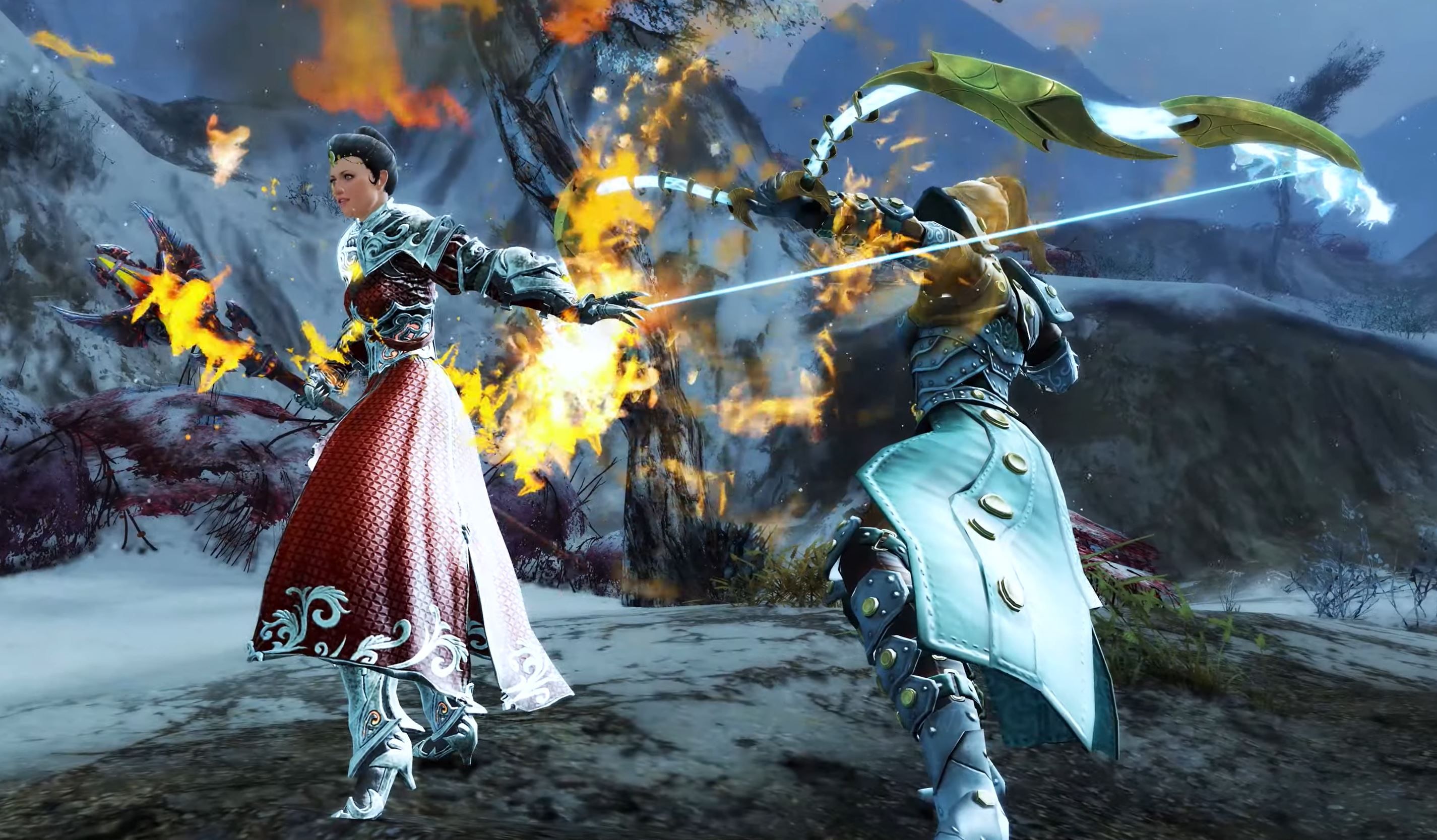 With the rise of the “everybody should be the hero” method of building games, developers have determined that classes should have parallel options to fulfill multiple roles in a group. For the sake of build diversity, you could argue that it makes sense, but the premise that rogues should heal and healers should be able to do as much damage as their DPS counterparts has proven to be an abject failure.  This is only exasperated by games that only really require grouping at end game, after dozens of hours of play time, where players have worked out self-reliant builds based on the leveling content.

Now, there are MMORPGs that no longer require you to team with others at all, rest, purchase potions or even repair your gear, limiting interactions that used to be common. Most open world encounters are built around the hard-coded expectation from players that if it can’t be done solo, it’s not worth doing. Never before have we had so many players playing MMO’s and so few reasons to group in them.

MMORPG players that enjoyed the genre when it was just taking off with games like EverQuest and City of Heroes might recall that there was a time that RNG lived in attack rolls and loot tables. Over the course of MMORPG history, RNG has cut out the loot middle man – playing the game – and has gone straight to rolling for specific items, as long as you’re willing to pay for it. 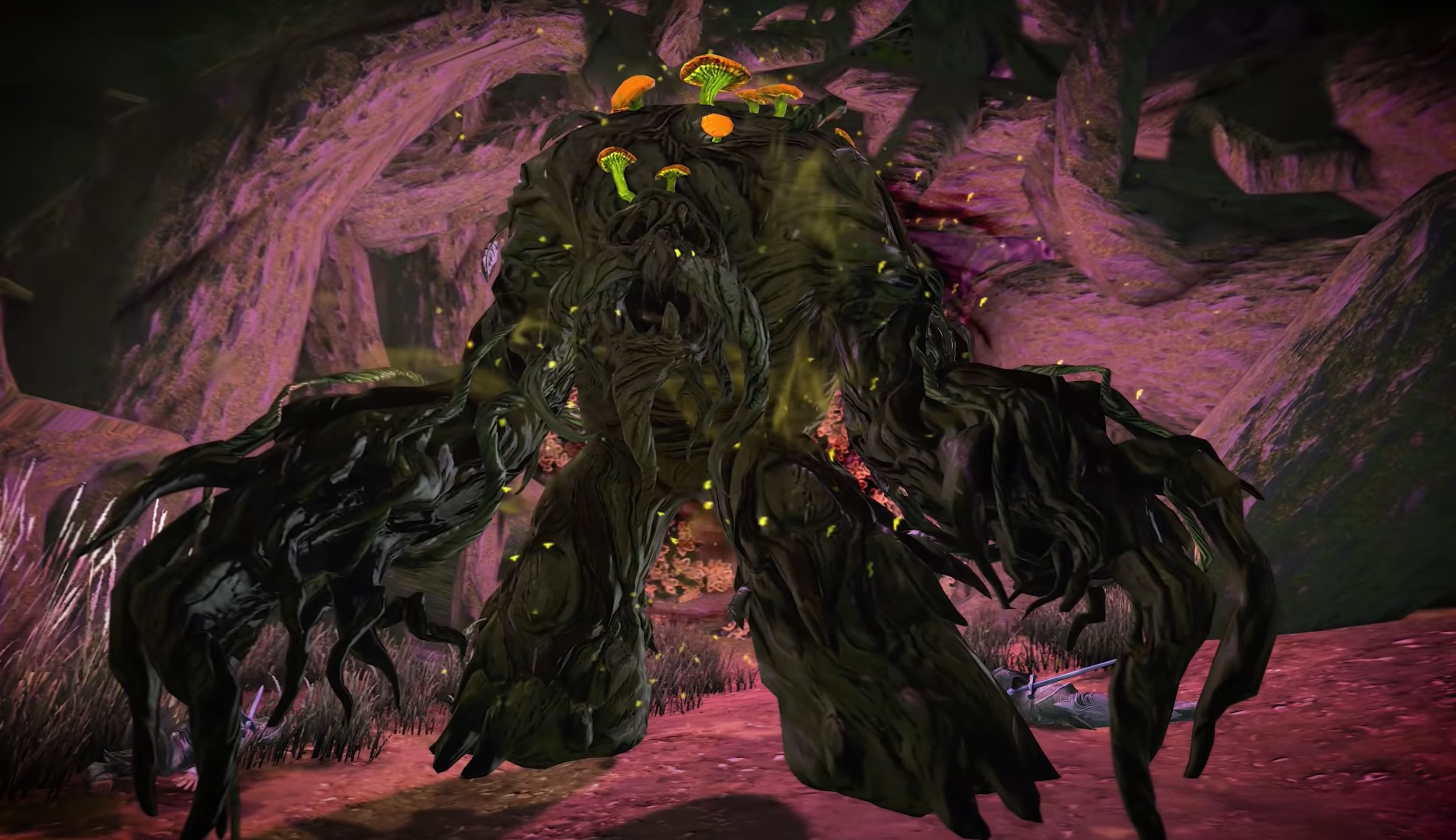 Developers are keen on getting away with relegating our old friend RNG to loot boxes, as long as they promise that the “loot” inside these boxes are cosmetic, and are inconsequential. Let’s pretend that loot boxes as they stand today are still cosmetic only, most loot boxes have terrible roll statistics on any of the pieces players usually want. Developers instead focus on an underlying loot box currency that you accrue as you open them, eventually earning your item of choice… after repeated attempts and purchases. Even Guild Wars 2 has this kind of system with Black Lion Chests, keys, and Statues.

Unfortunately, not all of these loot boxes stay in the lane of cosmetics, and games like ArcheAge and Neverwinter, have consistently been accused of making Pay-2-Win loot boxes available over the course of their development. Luckily, loot box RNG actually isn’t hard at all, is it? As long as you’re willing to take out your wallet over and over again.

MMORPG’s come in an array of different forms. One of the most recognizable forms is the traditional level-based system, where every character and enemy has a level, and it’s easy to look at something and determine whether that enemy will be too much for you, or whether you can just run right by without another thought. By having everything at its own level, it was easy to gauge how far you’ve come, and whether you’re ready to move on to a different area. 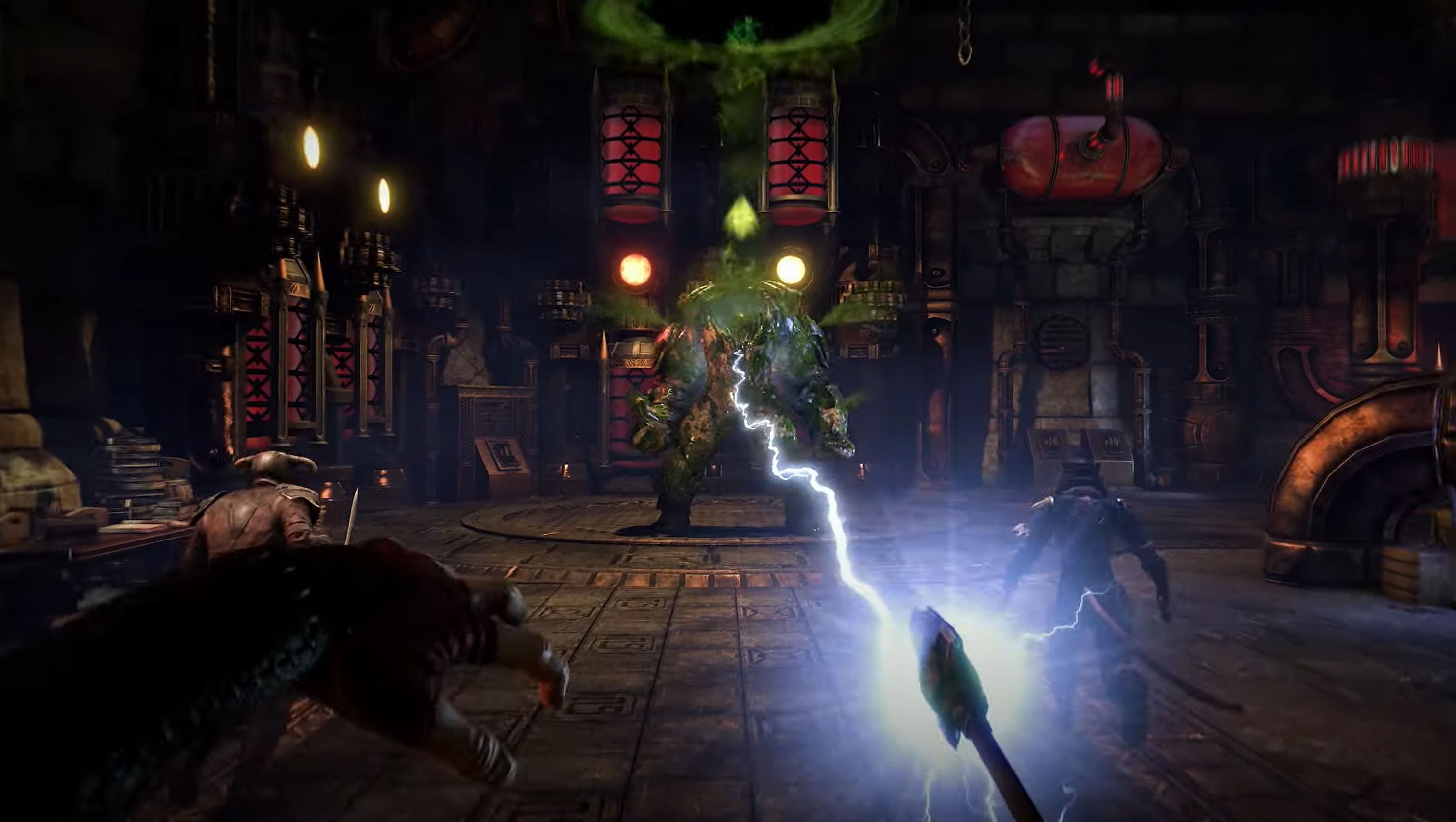 More recently, many MMORPG’s are adopting level-scaling as a way for players to be able to go anywhere, and do anything at any given time. Whether you’re just starting out, or you’ve been playing for years, the threats you encounter always stay within your level range. Some could argue that this makes things more difficult, because what would be considered low level is still relevant after hundreds of hours of play time. On the contrary, level-scaling decidedly takes away the difficulty of the most dangerous enemies. Elder Scrolls Online and Guild Wars 2 both handle level scaling in different ways, mostly only presenting challenges in the form of events or world-bosses that are group-focused.

Level-scaling kills progression in favor of granting everyone a participation trophy. You just joined the game and killed a Storm Atronach? Cool story, but what’s the point in getting stronger when you’re scaling to always be as strong as the next enemy you fight? It certainly keeps players in the moment, but it also makes encounters from start to finish much easier.

Gaming for many of us is a hobby. Over the past four decades, gaming has grown, and the industry has become saturated with all manner of interesting titles that have expanded that hobby exponentially – yes, even the MMORPG genre (though my crotchety old school MMORPG outlook refuses to admit it). Developers have tried to find ways to keep players invested, and by doing so, may have inadvertently pushed some of us away. 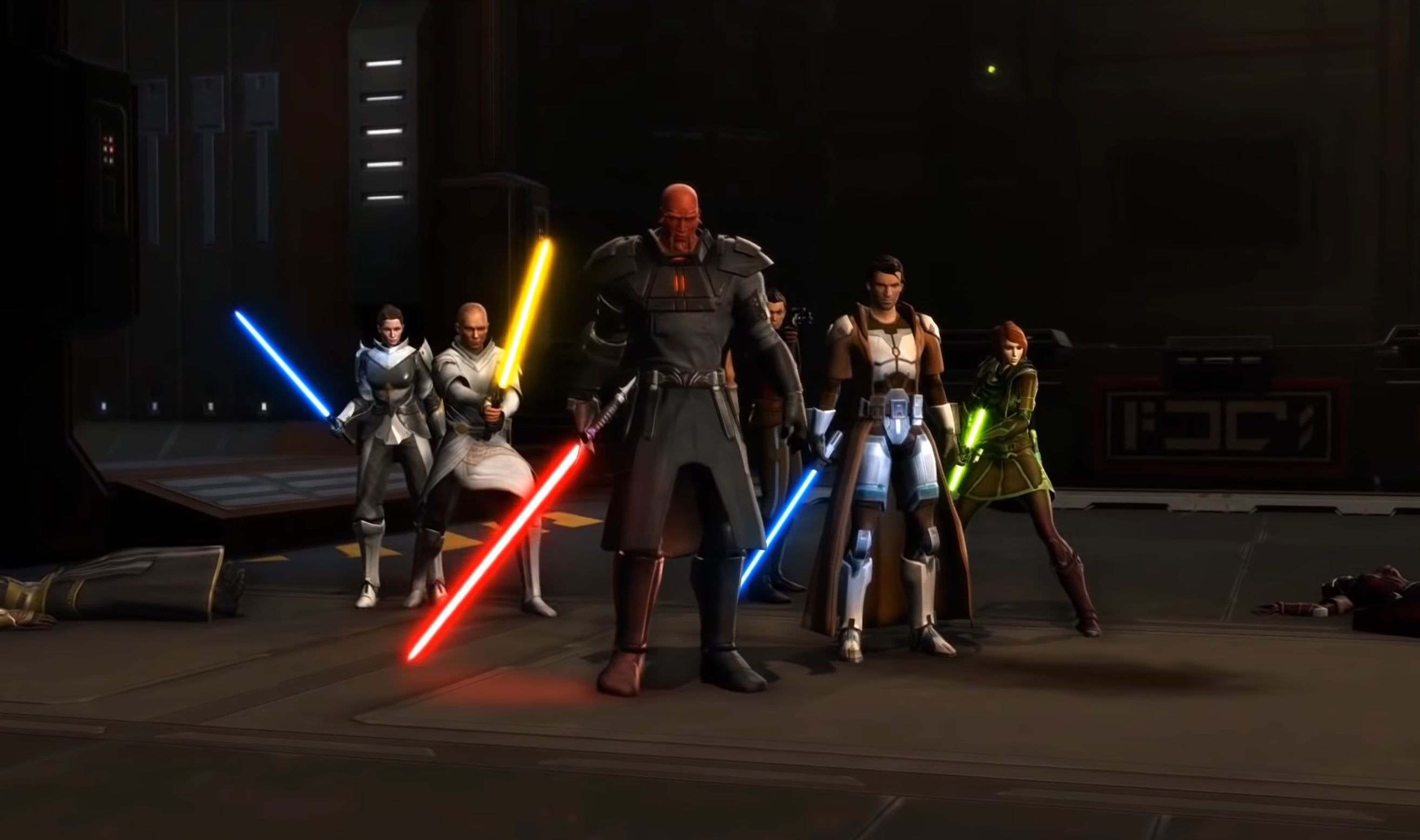 The inclusion of daily and weekly events was made to bring players back, but with a supreme lack of fundamental systems in place for players to really invest their time, many players find that their in game duration slows to a trickle. Then somewhere along the road, developers decided that MMORPG’s required linear stories, and we’ve seen games like Star Wars: The Old Republic and Bless Unleashed attempt to utilize these kinds of stories that build on themselves with intermittent patches so that players will return.

Content of this scale, story-driven content, daily and weekly missions, and login rewards all seem like great ideas in theory, but if SteamDB’s charts are any indication, players are looking for actual content meant to draw you in for more than just a few minutes a day. No game’s lifecycle explains this better than Path of Exile, whose consistent content release schedule has detailed a verifiable long-term pattern of returning players. Many MMO’s that struggle adhering to their own roadmaps make it far too hard to stay invested.