As I streamed The Elder Scrolls Online yesterday with Shank and my buddy Leif, a conversation came up about accessibility and gameplay options in MMOs. We're all very different people and have our own preferences as to what makes the perfect MMORPG in our mind. As the market changes, people's preferences change with it - and MMOs have had to adapt to meet that need.

However, in doing so, some MMORPGs available today have lost a little bit of what made those early games so great, and even long-standing MMOs have made changes to suit today's market, but left some of what people loved behind. Here are three things I wish MMORPGs did better today, especially compared to when I first starting playing games in the genre two decades ago.

As a game ages, players can start to accrue so much money that the economy gets thrown a bit out of whack. Games like EVE Online are trying to rebalance this by redistributing resources and other updates to start to see the balance of power change in New Eden, as well as introduce risk back into the game for the MMO's largest alliances. However, some MMOs give me the feeling that the market is beyond repair and that prices on player sold gear, materials and more will forever be inflated.

This isn't an easy fix, that I'm sure. But future MMOs, I would hope, would be able to study the in-game markets of their worlds and help introduce ways to drain some of the money from the game to keep prices more reasonable. There should always be a way for traders and crafters to make an in-game living, but it shouldn't feel hopeless for new players coming into the game years after it releases to be able to afford in-game goods, especially as NPC vendors simply continue to sell trash.

Early Quests And Their Rewards Need To Feel Fulfilling

Early on in an MMO, especially if you're playing an older game, the quests might seem a bit dull. The rewards aren't great and the quest structure might be simple rehashes of the same old ideas: go here and kill X number of this, etc. We've all done our fair share of fetch quests, FedExing across game worlds, or simply killed enough boars to take down the South Park Greifer ourselves.

MMOs should look at their New Player experiences and early content and figure out ways to revamp them and make them more meaningful. It's not a huge deal in games like The Lord of the Rings Online where the story is strong enough in spots to carry you through. Games like Final Fantasy XIV as well have a strong story that make slogging through A Realm Reborn worth it if you decide to go that way instead of simply boosting to the excellent Shadowbringers content, though Square Enix has put things in place in-game to catch you up story-wise should you decide to just boost away. World of Warcraft recently introduced new starter zones and a squished level grind with Shadowlands, helping players coming to the MMO get into the new content quickly. 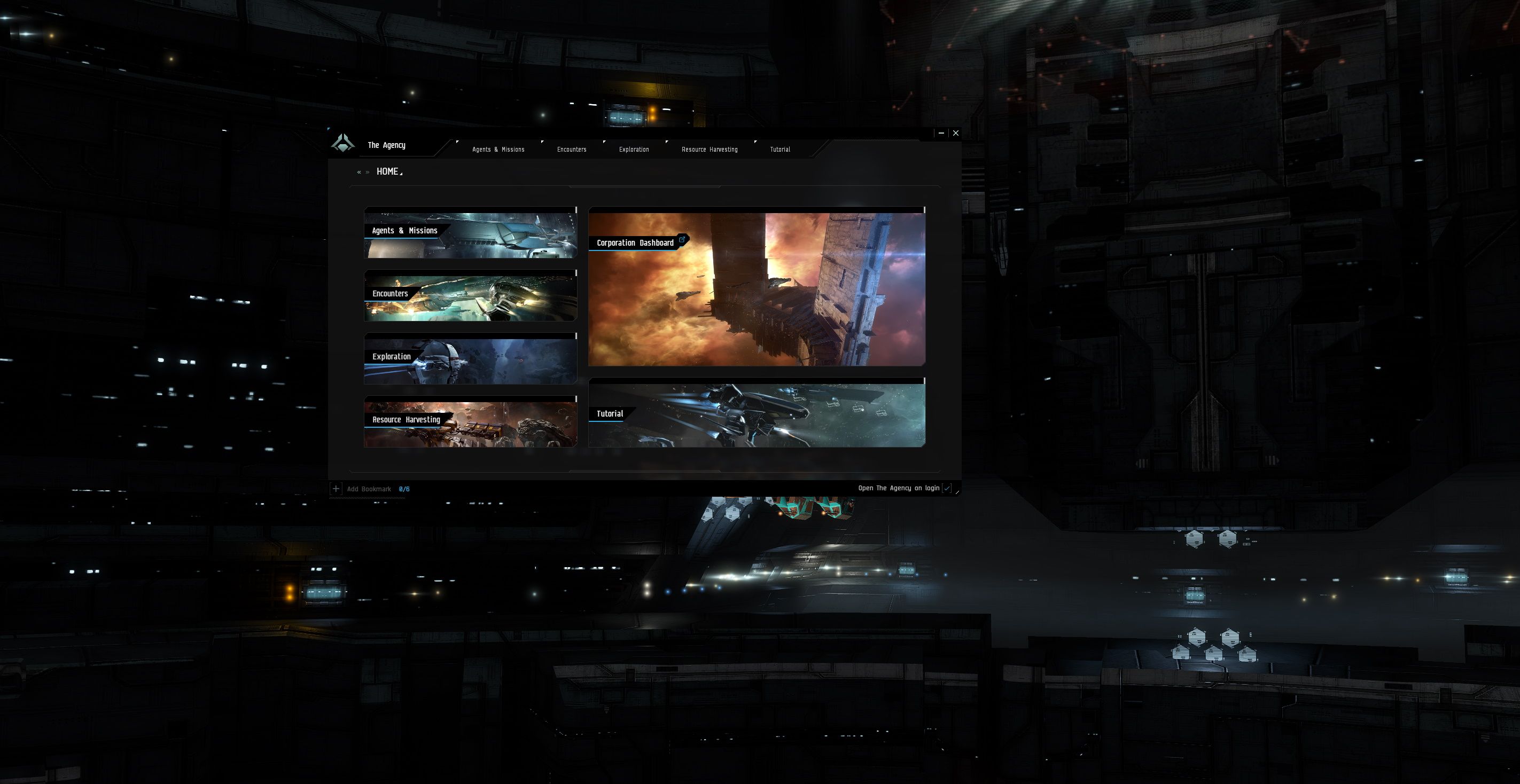 EVE's The Agency panel helps new players with direction, but it doesn't help those quests feel compelling to actually do.

The Elder Scrolls Online continually revamps the early moments of a new player's experience with every Chapter, giving players access to the newest content right away. That is moreso a byproduct of its scaled world thanks to the One Tamriel update from a few years back - it's no longer required to be a certain level to access parts of the game - it's all open to you from day one. As such the game feels rewarding from the get-go. You don't feel as though you are just pushing through content just to finally get to the end game. The whole of the content you're playing matters and is rewarding from the start. It's a design upcoming MMOs should look at, and older MMOs should see how they could potentially adopt that feeling if they decide to revamp their NPE.

This isn't controversial at first glance, I mean, we're talking about a genre where the words "massively multiplayer" are right in the name. However, as the years have gone on and the market has changed, MMOs themselves have adapted to that change as well. As such, more and more MMOs are coming to the market with the ability to play them entirely by yourself, simply surrounded by people but not actually interacting with them.

That, on the surface isn't necessarily a bad thing. The Elder Scrolls Online does this really well, and from its inception it was always billed as a game you could play solo or with a group. The times I've played Albion Online or Black Desert, I've rarely found myself yearning for people to play with - even older games like The Lord of the Rings Online have tailored their questing to be entirely soloable.

And look, I'm definitely not saying solo content shouldn't be in an MMO - or that companies should not cater to that side of the market. Players, at the end of the day, should be able to experience most of the MMO the way they prefer, even if it is solo. My issue is that solo content should not come at the expense of fostering the MMO community in the game world.

When I used to play games like RuneScape and early on in The Lord of the Rings Online, I wasn't always logging in because I wanted to play the game, rather I found myself logging in many times just to chat with my kinship, or to hang out with a friend whose family had moved to another military base. For me, those early years were all about community - but as MMOs have changed and solo play has become more of a focus, I truly feel that community side of things, at least in game, has somewhat been lost.

Games like Final Fantasy XIV and World of Warcraft do a good job of creating opportunities for players to come together, especially as raiding and end-game dungeons require grouping. You can't avoid it if you want to experience everything these games have to offer. However, I vividly remember fighting the Battle at the Hornburg in LotRO without another real player at all. That would have been a great chance for LotRO to force you into some community building.

Another issue is the server you are on may or may not be the most conducive to community events., or even player-run events. I play LotRO on Arkenstone, however you can make the very real argument the heart of the community is on Landroval. Some of this is on the players as well. Veterans should be more patient with newer or less hardcore players in pick-up groups, and in the end, a game developer can only do so much to foster community building through updates and events. It is somewhat on the player base to actually build those communities.