Swords of Legends Online is currently in closed beta, and slated to release later this year in the west. It’s not always easy to tell whether a game is for you until you’ve taken some time to hop in and try it, but here is a short-list of features that may make you excited to play SOLO, or it could convince you to skip it altogether.

In most MMORPG’s, the majority of your time will be spent in combat, and Swords of Legends Online is no exception. Luckily, SOLO’s combat is pretty fun, and you can choose whether you want to battle using the action camera, or a more traditional system that allows for tab targeting. The action stance locks your camera in place, and allows you to use the mouse buttons for your two main skills, one of which would be your auto-attack. 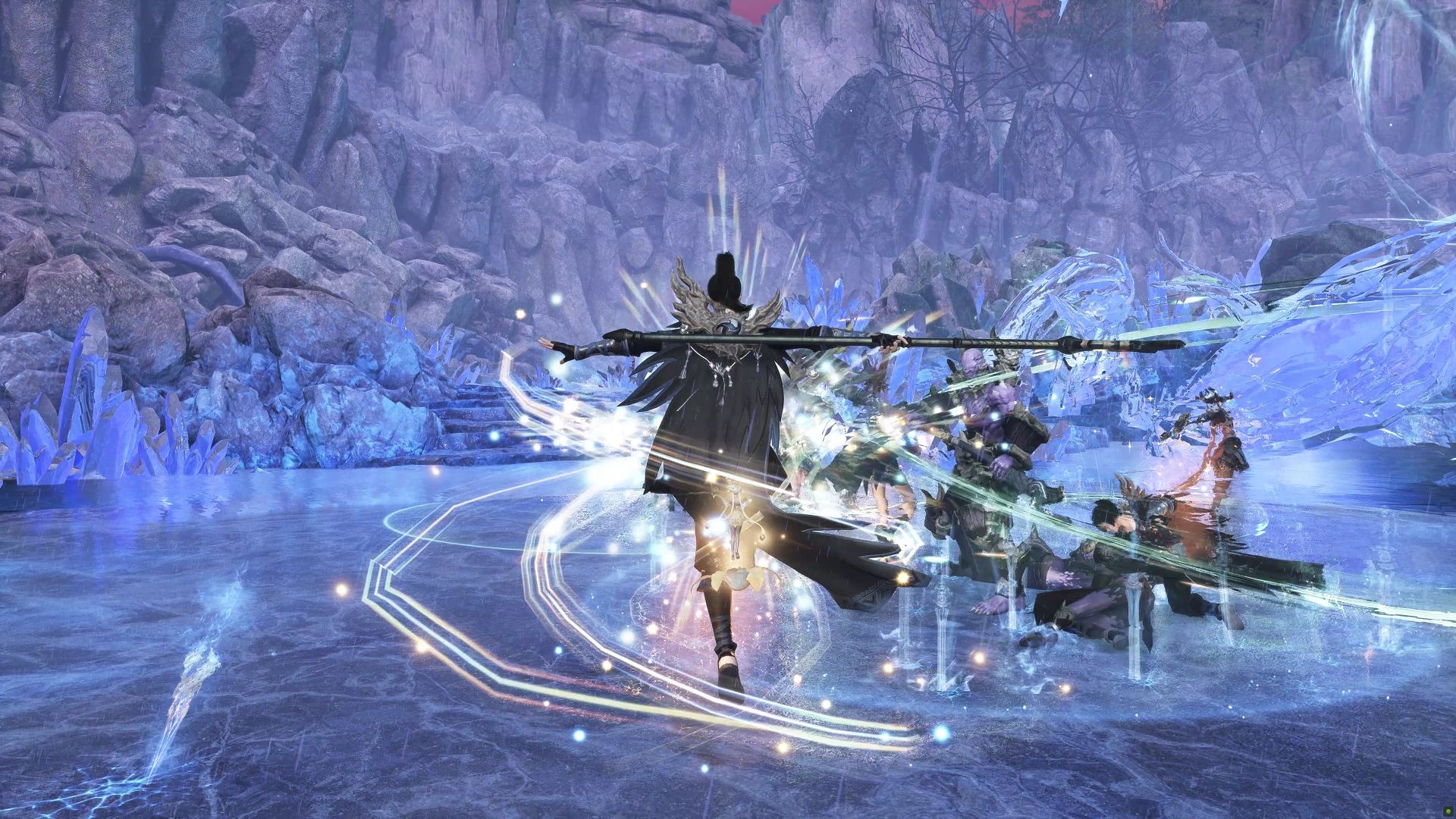 If you choose to go a more traditional route, where your camera isn’t locked to your mouse, and you prefer to target and fire off abilities by clicking, it’s completely possible to do that. The major caveat is that you are still going to need to pay attention to your positioning, and you’ll need to manage many attacks in a short period of time. With the speed and flow of combat, SOLO isn’t really meant to be played by clicking your skills at a tab-and-click pace. When you start your journey in SOLO you won’t find an overabundance of dangerous situations, but as you level up, gain more skills, and battle tougher enemies, the more action-focused layout of combat could be the difference between life and death.

For those unfamiliar with Swords of Legends, which is most of us in the west, the game follows a popular Chinese RPG series, Gujian. While three of the earlier Gu Jian games are available on steam with English subtitles, until now, we haven’t seen a voiced western version of the series. However, even with English localization and the game heading to western audiences, SOLO still leans heavily on its Asian heritage. The high-flying acrobatics and stylish attacks feel far more Crouching Tiger Hidden Dragon than it does the gritty, hard-hitting style of Enter the Dragon, and that isn’t  a bad thing. 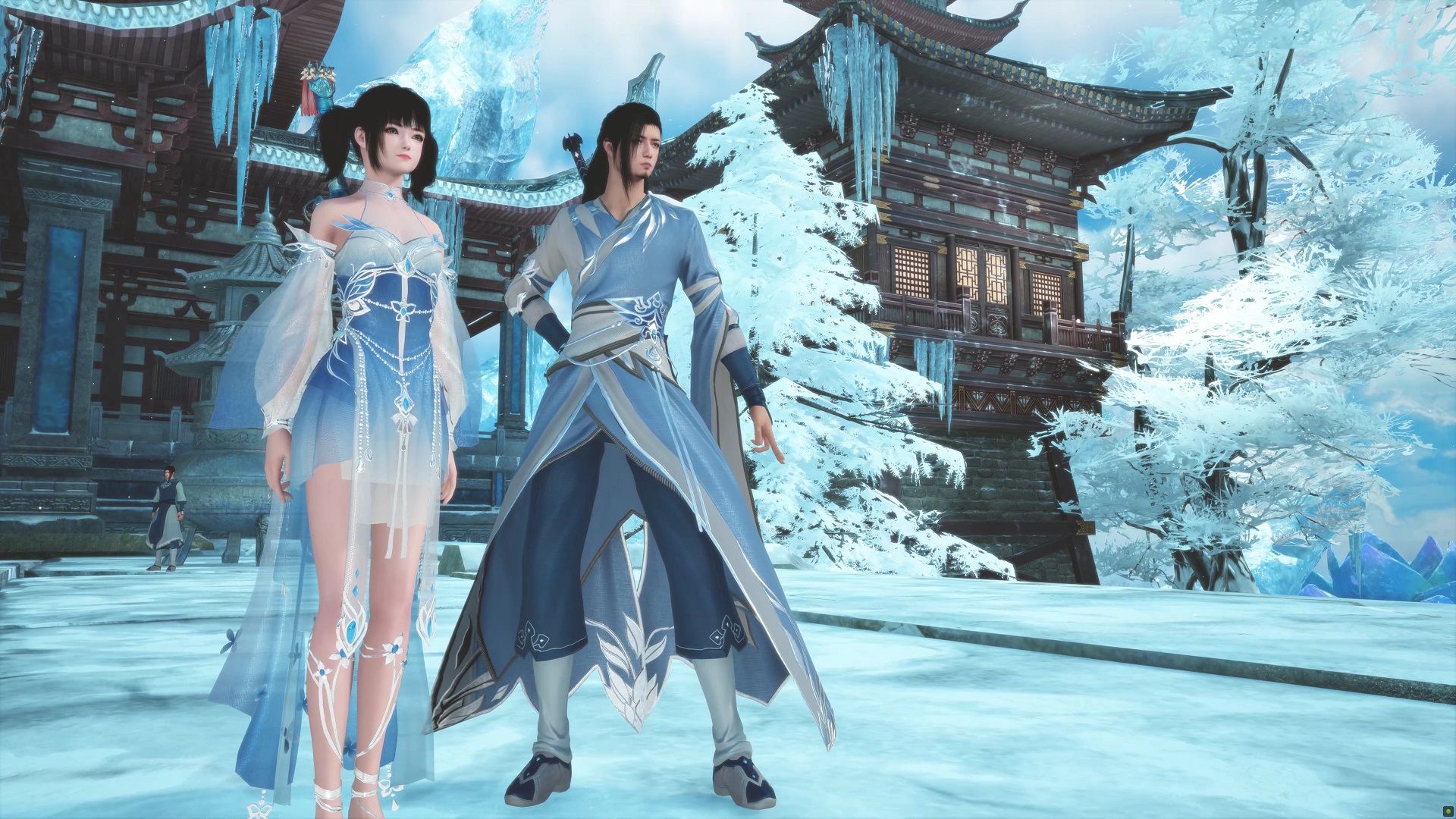 The world of SOLO is beautiful, but if you don’t like classical Chinese architecture or flying through the sky as you stand on your sword, then this game may not be for you. Even in character creation, may of the hairstyle options resembled popular Asian hairstyles, and skin tones were locked to lighter shades, which could make it difficult for some that attempt to build their MMORPG characters after themselves.  More options could always be added in the future, as the closed beta continues.

Play SOLO If: You Enjoy Story

If you’re one of many gamers out there that needs a story to carry you through to end game, you may just be in luck. Swords of Legends Online doesn’t skimp on the story in the slightest. In fact, if anything, SOLO could take the concept of story a little too far! In addition to the main story quest, instances with special story aspects, and side quests that aim to flesh out the world, SOLO also employs vast biographies that you’ll sometimes have to dive into. 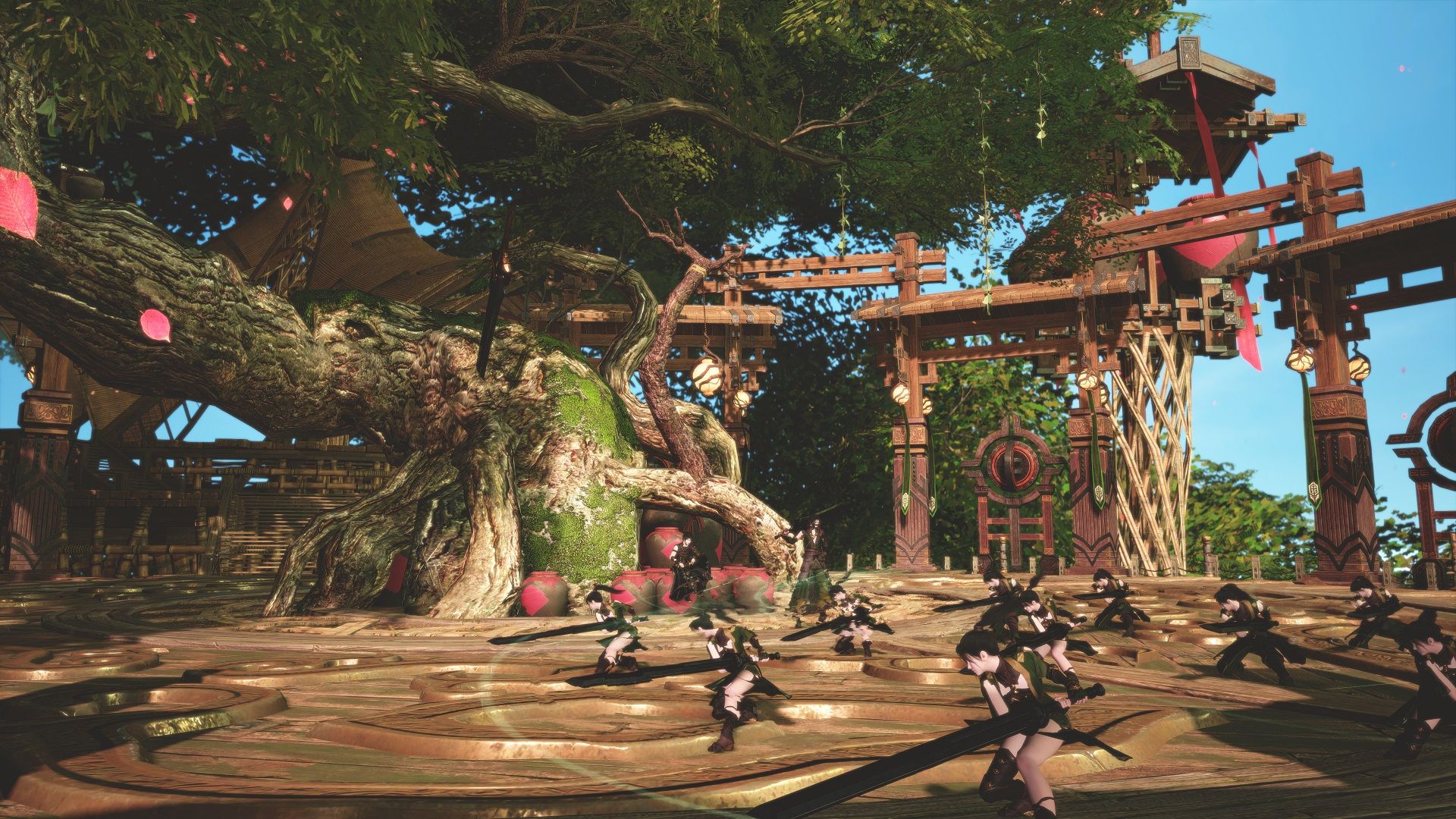 During the beta, translations and voiceovers are still a work in progress, but the sheer amount of cutscenes, associated lore and quest text should be more than enough to keep even the biggest story aficionados busy for dozens of hours. For those that aren’t as interested in the story aspects of the game, you’re in luck too, as just about every cutscene can be skipped!

Don’t Play SOLO If: You’re Not a Fan of Complicated Menus and UI

In some games, the User Interface feels like an afterthought. In this case, it would be a disservice to say that SOLO didn’t think through their UI, but with the plethora of menus to sift through to achieve even some basic goals, they certainly could have made it a little easier. Some features, like equipping gear that’s better than what you have when you obtain it, is fairly simple just by clicking the pop-up notification. Other features, like slotting a pet, upgrading it, looking at its skills and upgrading those, are a series of features on separate menus that requires a lot of explanation. The menu options are plentiful in SOLO, and you’ll have to take the time to hop through dozens of them alongside many with additional tabs, so if menus aren’t your thing, you may find yourself in some unfamiliar territory here. 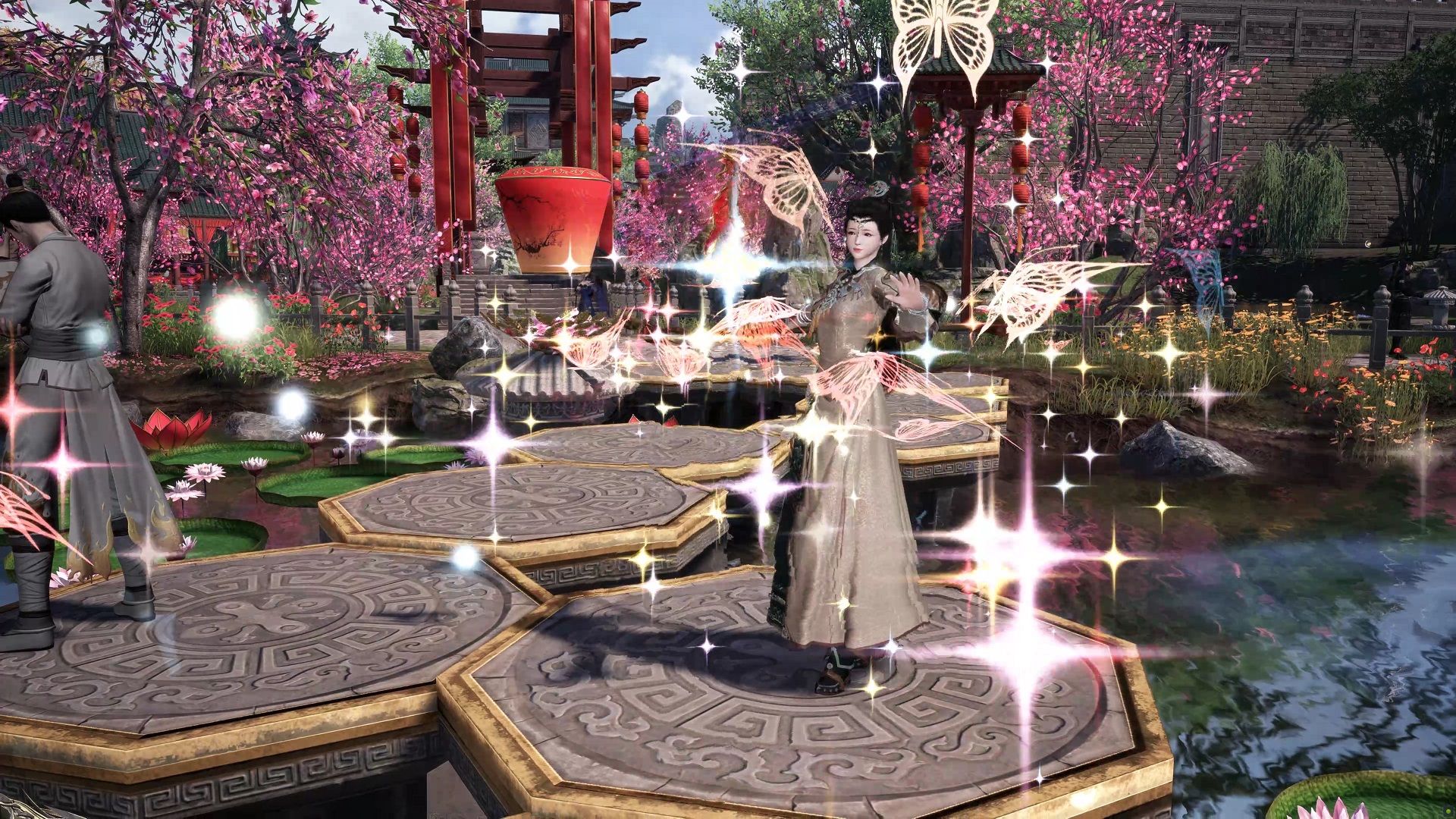 If you really want to delve into the intricacies of the UI itself, there’s a feature that lets you do just that. You can choose to position every piece of the UI that clouds your screen, and barring that you know what each piece of the UI does, it could be a fantastic characteristic to the UI. The problem is, just looking at the number of UI options at your screen at one time, it’s a little intimidating to screw around with the 40+ UI elements in hopes to make the interface better.

If you’re an MMO veteran and really love playing a particular archetype, SOLO will likely have you covered. The six classes, the Reaper, the Berserker, the Spellsword, the Bard, the Summoner and the Spearmaster, each have 2 subclasses that can further differentiate your character from others of the same class. For example, if you choose a reaper, you can be an Assassin, dabbling in stealth attacks and high damage, or you can be an Occultist, which provides support to your teammates through your own sacrifices. 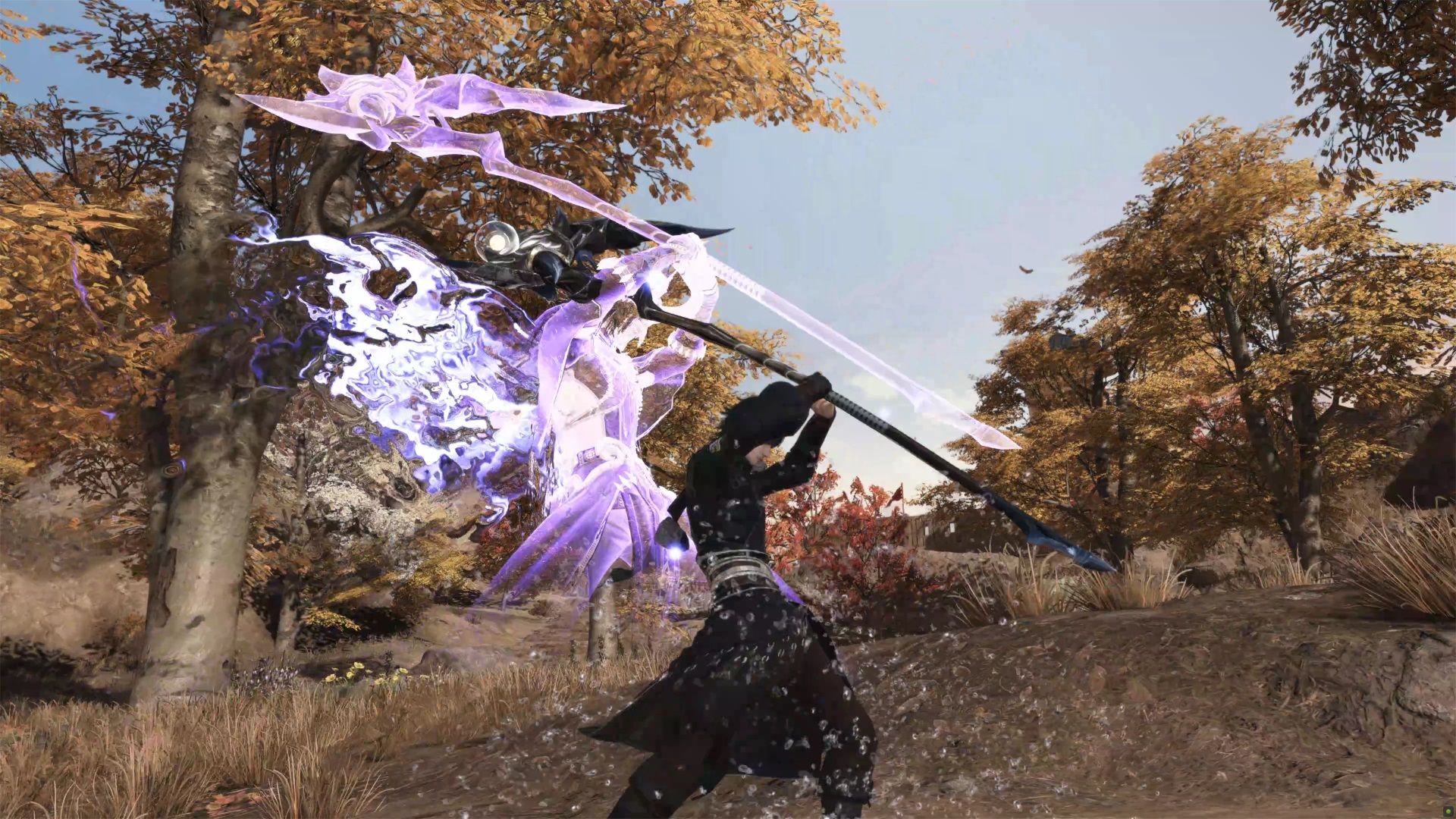 From there, you’ll acquire Astral Essence, and build your constellation, which branches off in different directions, thereby specializing you even further. Whether you’re looking to be a tank, healer, or a variety of DPS types, SOLO has quite a few options to choose from.

Don’t Play SOLO If: You Like a Streamlined Experience

The new player experience in SOLO is generally a good one. You learn the basics, as they are taught to you, and for the first 10 or so levels, you start to get into the swing of combat, questing, and gearing up. Then, somewhere, things start to take a turn, and you may find that quests start to dry up, you’ve gotten lost somewhere along the way, or you feel like you’re just missing something. No doubt, it’s because SOLO isn’t quite as streamlined as it could be. 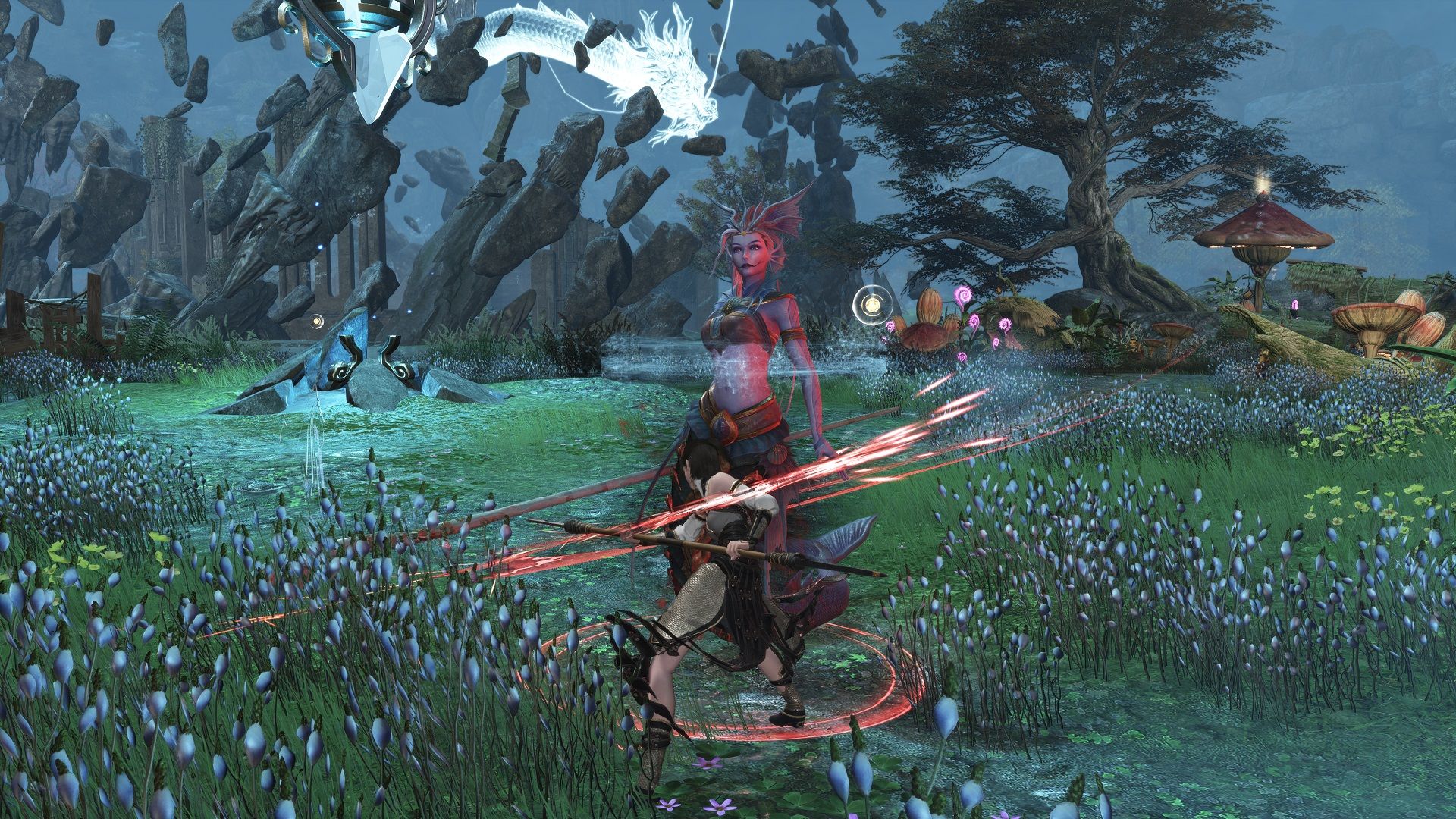 A great example of this is when you hit your first instance. Upon completing the instance, you have to finalize the mission by going into the menu to obtain your rewards before you can move forward. As simplistic as this sounds, it wasn’t obvious that you needed to do that. Later on, you’ll follow your main mission to a point where you might find that you no longer see a “main mission” in your journal. You’ll have to hop into your menu and figure out what you need to do to progress. Do you need to do a Biography Tutorial? In a more streamlined approach, all of this would be at your grasp without having to run a tutorial or run through your quest page. As SOLO is still in closed beta, this could surely change, but if it doesn’t, expect a few hiccups during your adventure.