September 30, 2010 may seem like an insignificant date to you, but to fans of the MMORPG genre it was an important date indeed. It was the date of the highly anticipated Final Fantasy XIV Online. What makes this date important is that it marked one of Square Enix’s greatest failures, mired with game breaking bugs, unstable servers, and overall poor quality, all servers would ultimately be closed within two years of launch. And dead it would have stayed had it not been for the pure love and conviction of Naoki Yoshida, who in my opinion single handedly brought this sunken shipwreck back to life like a phoenix rising from its ashes to become one of, if not the, best MMORPGs available today. Final Fantasy XIV is not a perfect game by any means, but below are 10 reasons I think you should play it anyways!

Over the years free-to-play games have become the norm. With fewer players willing to shell out monthly subscription fees, or even box prices for the game itself, a shift towards free-to-play has become very prominent. MMORPGs are no exception, though until relatively recent AAA titles were excluded from this push. Fast-forward to August 11, 2020, a day that expanded the free trial provided for Final Fantasy XIV to include not only the first expansion Heavensward, but also unlimited play up to level 60, no subscription required! This free trial is somewhat limiting, but being able to play as much as you please with a level cap of 60 is quite something. See the current limitations here (https://freetrial.finalfantasyxiv.com/na/)

All classes - One Character 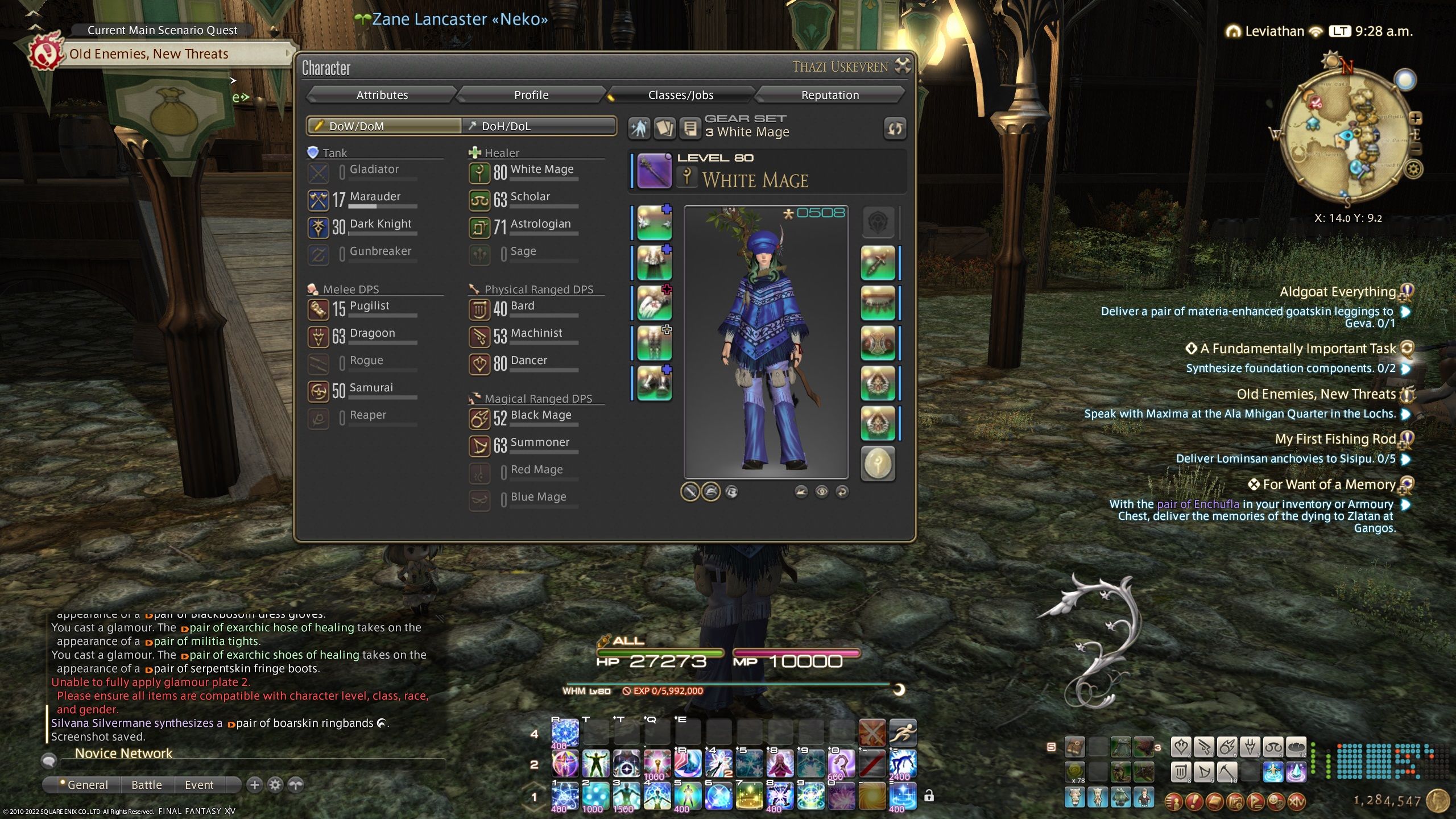 One of my pet peeves when it comes to MMORPG’s is being forced to create multiple characters to play different classes. While yes, a new character provides you with another opportunity to be immersed into a new story, a new character, I like my original characters! With a rich character creation tool, it would be a waste not to use the character I painstakingly took my time to customize. Which is why I absolutely love the job system for Final Fantasy XIV! Square Enix has done a phenomenal job allowing your character to obtain each of the jobs available and swap between them with ease. This one feature, in my opinion, provides more immersion to connect your character to the world around you, and it’s one of my favorite features of Final Fantasy XIV. 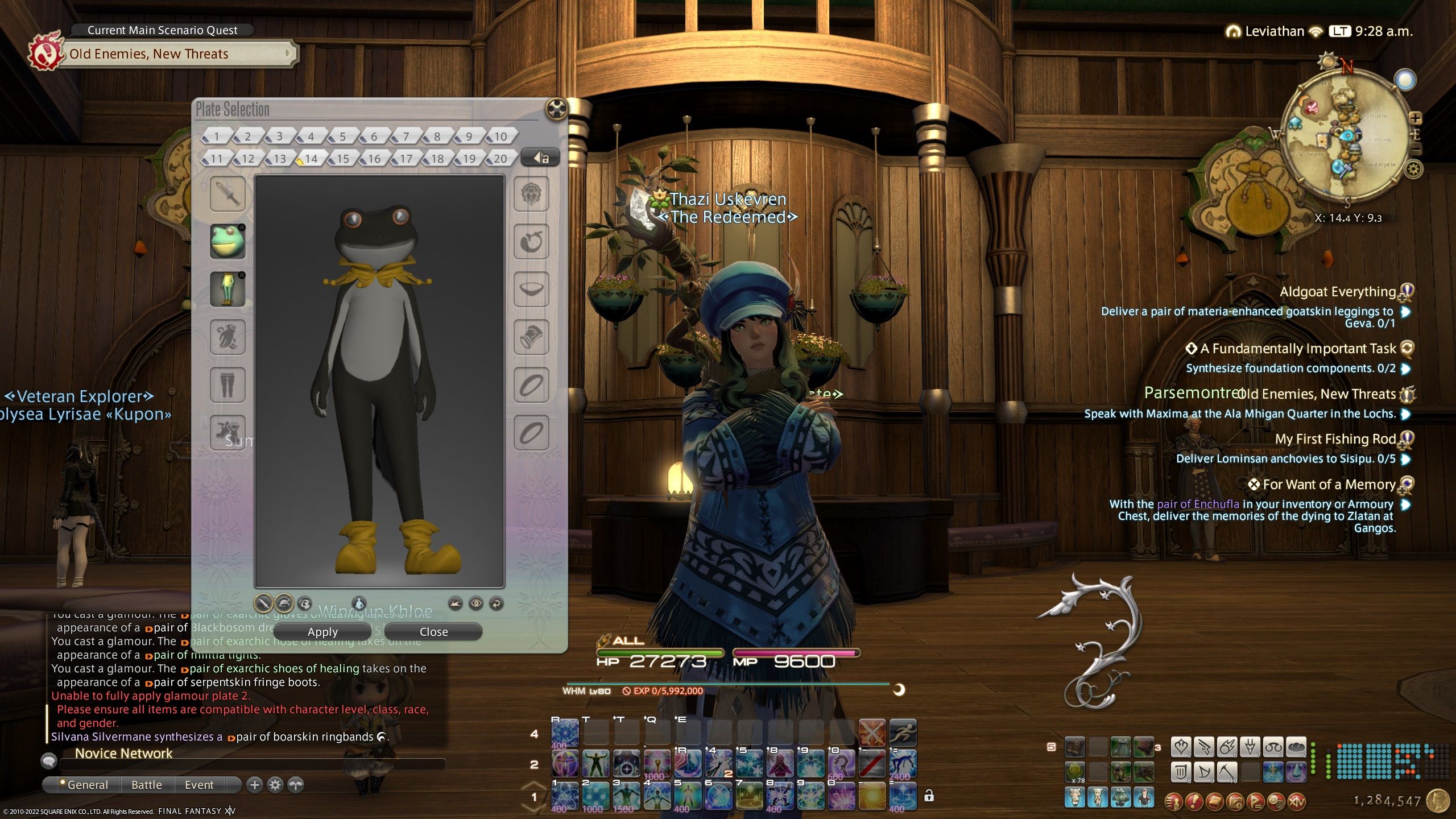 Character customization is a huge feature in Final Fantasy XIV, with a rich character creation tool, and endless choices of equipment to wear to make the perfect you. And much like World of Warcraft’s transmog ability, Final Fantasy XIV has Glamour, allowing you to make customized costumes and outfits to show instead of your dull, ugly equipment. An endless supply of choices await you, from the most basic of casual clothes, to the most badass looking armor, virtually any item can be used as a glamour. This allows you to make the perfect outfit for you, whether you’re roleplaying as a Chef, a Maid, or just want to look badass, glamour has you covered!

Not many MMORPGs let you buy a plot of land and house, fewer still give you the customization available in Final Fantasy XIV. The sheer amount of customization available is mind boggling, though you are limited to how many items you can place per housing size. Unfortunately housing is very limited in one aspect: availability. Plots are few and far between, and empty plots are non-existent. Currently to obtain a plot requires you winning a lottery system, plus a lot of gil. Words cannot begin to even portray how amazing this feature is, so I found a nice youtube video that shows off the capabilities awaiting you, assuming you can obtain a plot to begin with.

With console systems becoming more powerful with each iteration, allowing for better performance and far greater graphics, it’s inevitable that MMORPGs will expand into that market. Final Fantasy XIV, with its great gamepad support, makes for a fine example of playing an MMORPG on a console. For too long console players have been left out of the genre, a large chunk of gamers have consoles, not gaming PCs, this is a huge win in my book. While I think crossplay is a monumental feature to have, it does have its caveats that need to be considered. One of them being I cannot simply hop off of my PC client and log straight into the PS4 (or PS5) client without re-purchasing the game, as each platform has its own license for the game. The other is that sadly Xbox players are currently left out of the equation due to Microsoft’s crossplay regulations regarding cross platform chatting and group organization. Microsoft claims they are committed to coordinating their efforts in this matter, but only time will tell.

Typically speaking, older content is usually skipped in an MMORPG to get right to the meat and potatoes of the end game. I’ve found myself not wanting to go back to older content as it is typically boring to me with little merits of completing. With Final Fantasy XIV, however, rewards are worth revisiting older content. Not only do some of the armor sets look cool, there’s plenty of mounts and achievements to be had, not to the side quests, did someone say Hildibrand? Rewards aside, these activities are simply enjoyable, and aren’t limited to just dungeons and raids, just check out the Golden Saucer, gamble your gil away or play any of the plethora of mini-games available. And if you really, really enjoyed the Main Story Quest, there’s even a New Game+ mode that allows you to relive those awesome moments if you so desire.

Like most of the games in the Final Fantasy series, Final Fantasy XIV has an excellent soundtrack. Some would argue it’s the best soundtrack out of all of the series, I certainly would. The thing that truly makes it stand out is the simple fact that everything has its place. Boss fights are carefully choreographed to match the background track completely, tying everything together for a complete story instead of a simple boss fight. But it’s not just boss fights, the musical score is simply superb across the game in its entirety. A truly remarkable masterpiece. 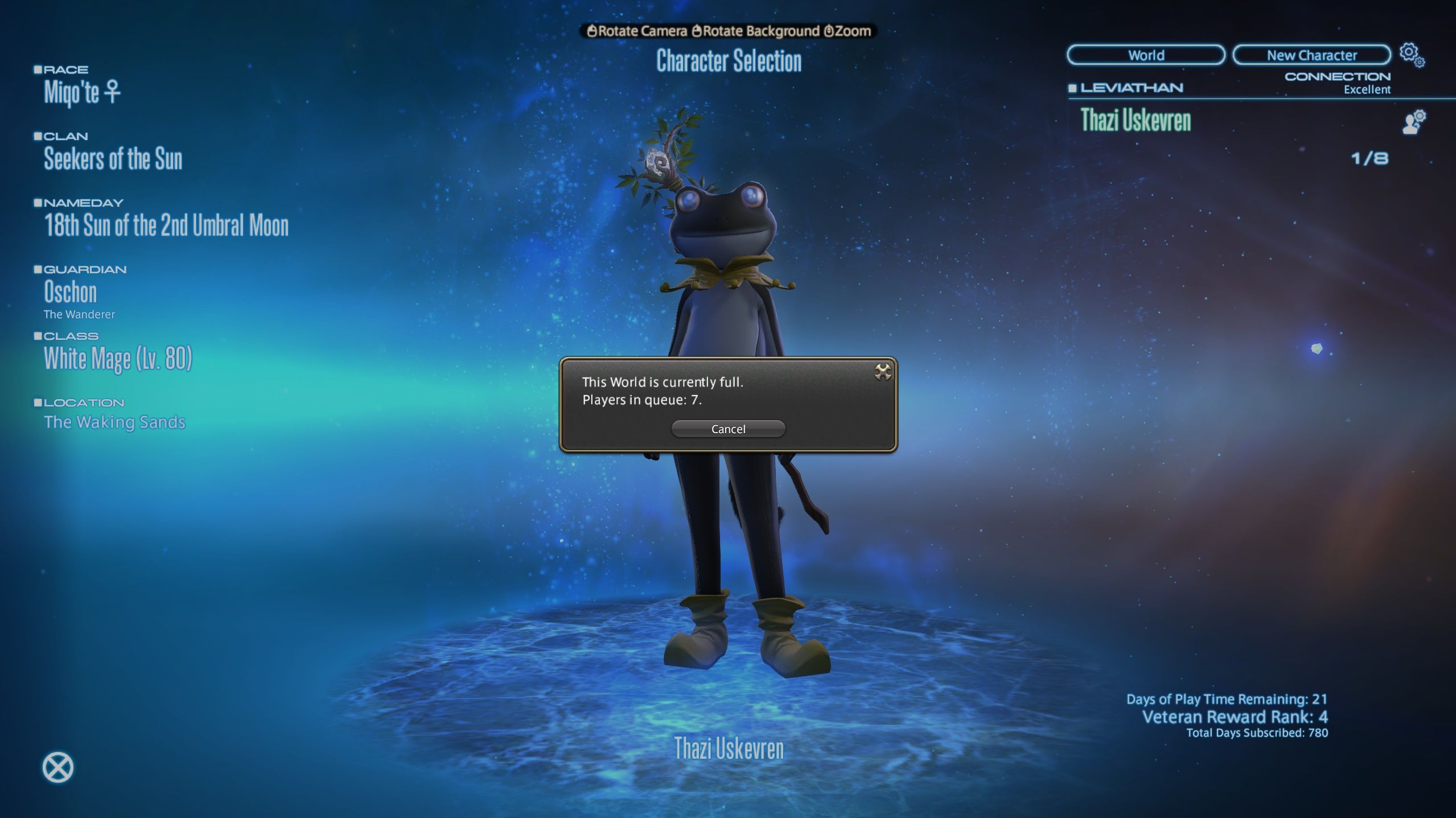 When I play an MMORPG, I want the world around me to feel alive. I want players to fill the area, not just NPCs. I’m not talking about congregating in capital cities, but in the open world too. Thanks to the high active player count, and the core mechanics of the game in general, I never feel alone in any area of Final Fantasy XIV. There’s always a group of other players doing something, whether it’s farming Hunts or Fates, or simply leveling another job, the world is populated with active players. Having a large player base not only fills the world and makes it feel alive, but it creates an active economy and community, providing a much better overall  player experience.

Piggybacking off of the last point, having a large player base means having a large community of players of various beliefs, religions, ethnicity, and of different cultures. One might think this could cause a toxic environment as, let’s face it, there’s a lot of toxicity in online gaming, but it's completely the opposite in Final Fantasy XIV. Never before have I seen a community so strongly built around building each other up and fostering a positive environment for gamers of all kinds. It’s both remarkable and refreshing to ask for help in chat and be greeted with an abundance of helpful replies instead of the constant trolling that I find in other MMORPGs. Though I like to think that is just a byproduct of the type of players that play Final Fantasy XIV, I think it at least in part has to do with the very strict TOS Square Enix, more specifically Naoki Yoshida, implemented to keep things more civil. The long and short of it is simply that the community loves Final Fantasy XIV, and as part of the community, they love you too, for the most part. 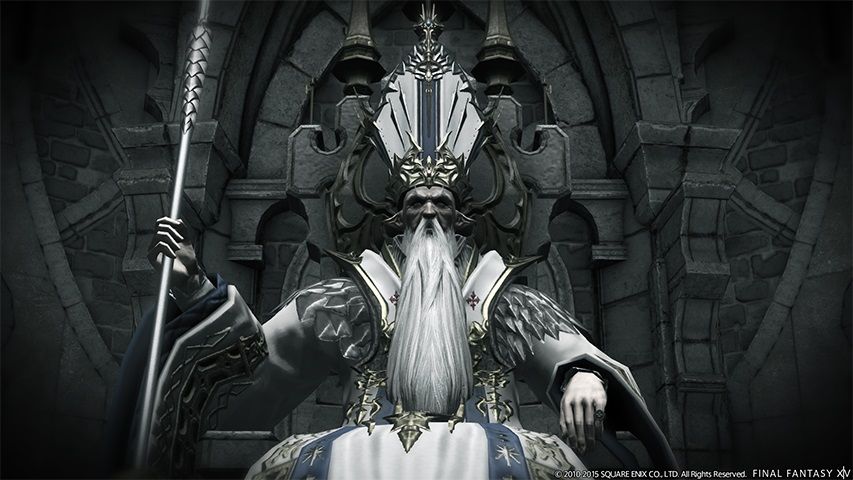 One of the major cornerstones of Final Fantasy XIV is the story, and being a Final Fantasy game, it isn’t something to scoff at. By and large, the main story quest line for Final Fantasy XIV is considered the best available storytelling in an MMORPG to date. Take your time playing through the main story, don’t skip and don’t skim through it, as you will miss something that would otherwise bridge the gap and create the Ah-ha moments that make up this wonderful story. It’s a journey that you take with characters that you will invest your time and emotion into, that will be with you through its entirety, creating bonds of attachment not seen in many MMORPGs. The story is truly the main focus, like the many Final Fantasy games before it, and honestly in my opinion, is worth the price of admission just to play through it alone.