Before we dive in the story of this project, make sure to register a free account on the official website, so that way you will have a chance to participate in the upcoming pre-alpha tests!

Scars of Honor is a massively multiplayer online role-playing game under development by Beast Burst Entertainment. After choosing one of the 8 races (Human, High Elf, Dwarf, Bearan, Orc, Undead, Infernal Demon, Minotaur) and a class corresponding to the chosen race (Warrior, Paladin, Mage, Priest, Ranger, Druid Witch, Pirate, Assassin, Necromancer), the players will be taken to the world of Aragon. There two factions “The Sacred order” and “The Domination” are in a constant battle with each other. The players would be able to do whatever and go wherever they please because of the open-world model. The main goal of the players will be making their way to level 50, doing quest-like content, Dungeons, and Raids along the way.

Scars of Honor will be heavily social and almost everything will require a party of more than one person to complete. The Dungeon mechanics will be scaling with the player's level, changing every 10 levels, so the players will have to return to previous zones, that way there won’t be any useless content.

Some of the features that the game will include are:

And more to be announced.

A true example of an MMORPG project that brings the player’s ideas and dreams to life.

Scars of Honor began as an idea several years ago, by the founder Venelin Vasilev. He started all this as a hobby and by himself. After creating the Facebook page and received a big amount of positive feedback, he decided to gather a team and work more seriously on the project.

The more and more content was shown, the bigger the community started to grow. And not long after that, the first investors came. In 2020, the long process of negotiating began. After several months of hard and exhausting negotiations, Venelin finally managed to get that much-desired investment. A year after the official website got online for the first time, the team can proudly call themselves Beast Burst Entertainment.

Now after officially being a company, they plan on making some changes, starting with the redesign of everything. Scars of Honor is now backed up, by a team of professionals, and as professionals, they want to make everything as good as possible. The Human Male and Female models are already done, and they look fantastic. They are remaking the pre-alpha map and environment from scratch, and claim that it is coming out great.

Their development team is working hard on the client and servers so that they would be able to complete the goal for this year, having a playable pre-alpha version and testing it with the Supporter and Honorable accounts. 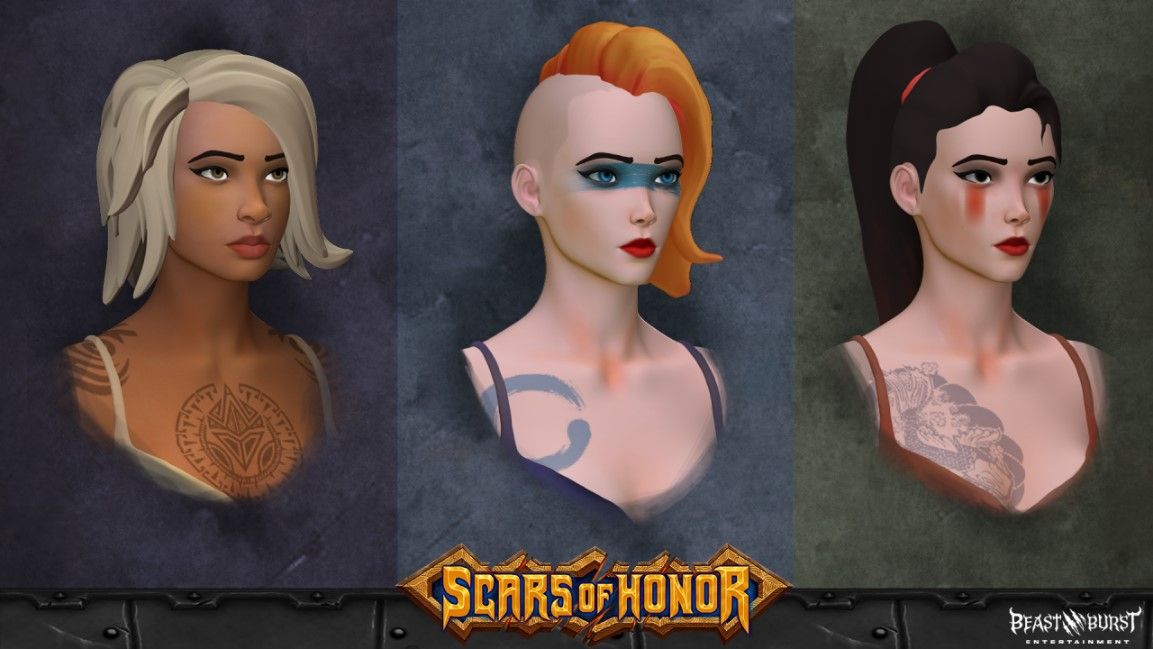 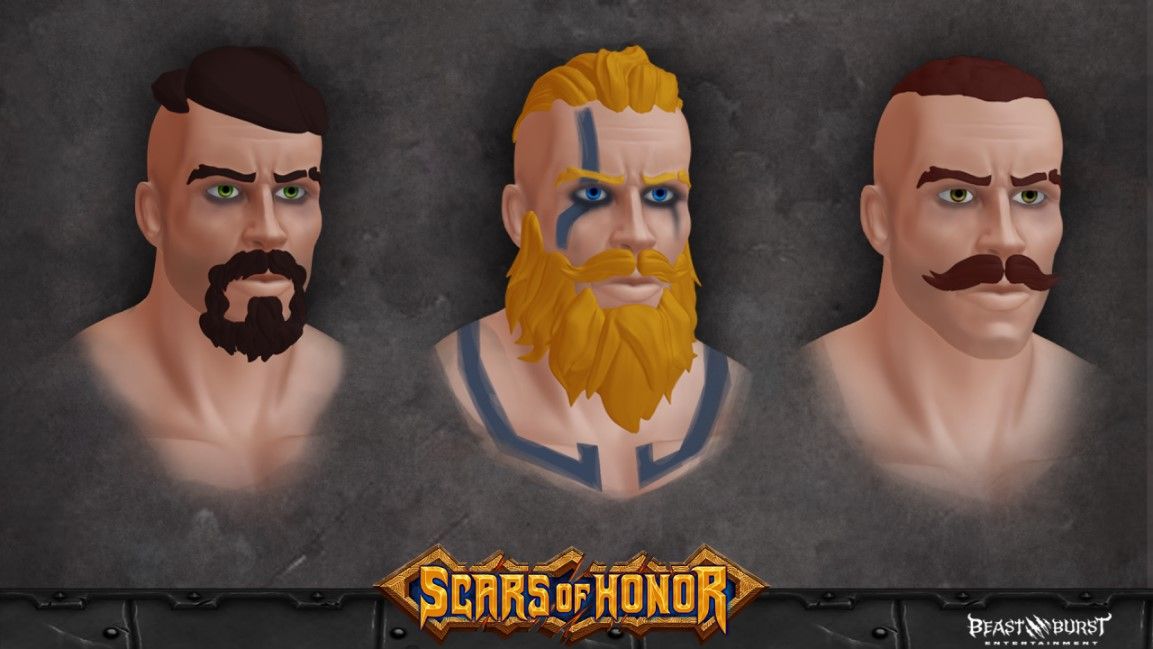 For a more detailed view of the Female and Male characters, follow this link to the official Scars of Honor  Gallery

During the first month in their new studio, they revealed the ultimate goal for every player in Scars of Honor, and that is Silargilion - The Great Night Dragon.

The heroes will encounter Silargilion at level 50, after successfully getting through several smaller bosses. His mechanics will be changing, as well as his magical element (Fire, Earth, Ice, Wind) every time they encounter him, but don't worry they promise to leave a little hint on what element he'll use in the current fight.

Silargilion - The Great Night Dragon stole the Stone of Thallan. The Great Night has come, and ice was slowly conquering Aragon. Blessed were the days when Silargilion allowed sunbeams to touch Aragon. The Great Dragon demanded gold, riches, and King’s treasures in order to let the light shine. A party of brave heroes was gathered to end the rule of The Great Night Dragon. The Finest members of The Sacred Order marched on a journey to seek the ending of the dragon. They faced unexpected challenges, uncovered hidden mysteries, but most surprisingly of all received aid from where they never hoped. 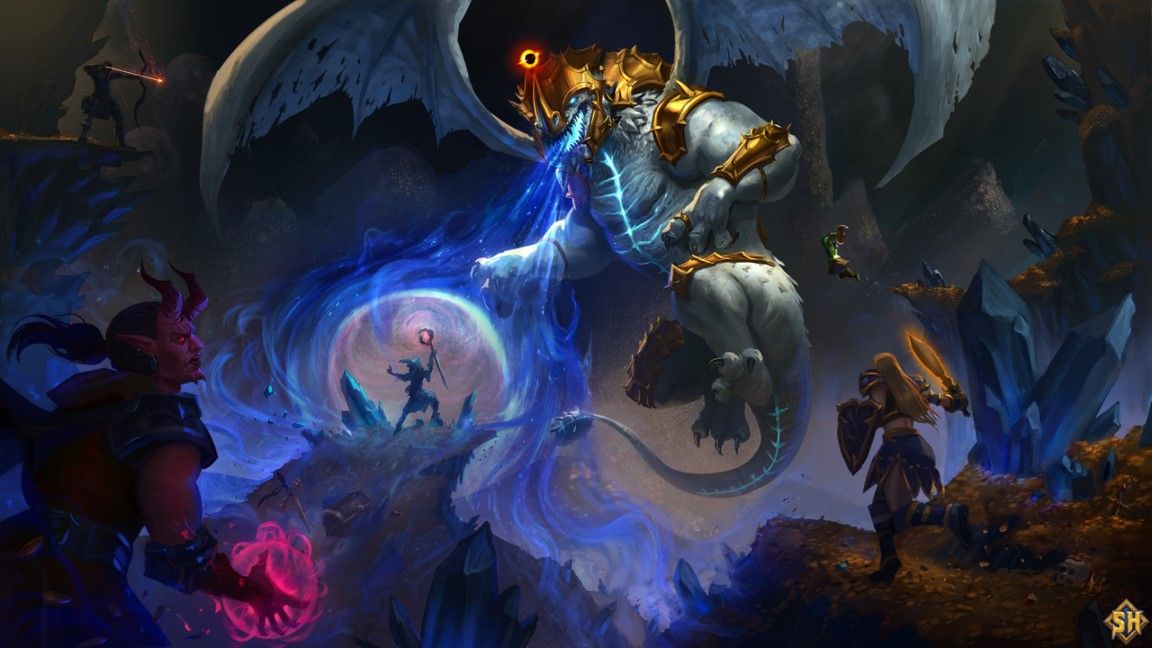 The developers say that It’s hard to express in words their gratitude for their marvelous community. The kind words and the support are the driving force that keeps them pushing forward. Their team is working hard, and their biggest goal is to create a truly epic game for all people to enjoy.

Their  Discord Server is open, and everyone is more than welcome to join them on the long journey called Scars of Honor.

As for all of you that want to speed up and support the project, you can do it by purchasing a Supporter or an Honorable account.

If you purchase an account now, you will have a place in all of the tests up until the final release.  You will also get some goodies so that you have a little head start at release.

All of the awesome bonuses that these accounts give can be seen at these links  Supporter, Honorable