MMORPGs, especially older ones, have always catered to the hardcore. Games with seemingly endless grinds defined much of the genre in its early years, but nowadays we’ve seen more and more games catering to the casual player. Last October, Lineage 2 Essence was released as an alternative version to the legendary Lineage 2 from the early 2000s.

Lineage 2 dominated parts of the MMO world with its fantasy themed open world, full of Elves, dragons, Gods and more. However, the grind of Lineage 2 meant that players were sometimes spending hours upon hours just to do simple tasks - such as staying awake for 20 hours trying to dye cloth pieces for Baium.

Thankfully, the Essence update in 2019 solves much of the grind problem, especially for those long-time Lineage players who want to enjoy the world without the grind.

With Essence, players can enjoy the MMO while still being able to keep up with their lives outside Lineage 2. The game’s auto-hunt feature makes it easier to grind and progress while you take care of other projects, such as school or work. Essence will use consumables and skills to grind away in zones, giving you the benefit while not being forced to sit in front of your screen for hours.

However,  Lineage 2 has always been a dangerous world, with Player Killers always on the prowl. Auto-hunt won’t save you from these hunters, and if you spend too much time away from the game you might come home to find yourself taken out by one of those nasty PKers. So it’s definitely a balancing act - one you’ll need to master in order to get the most out of Essence. 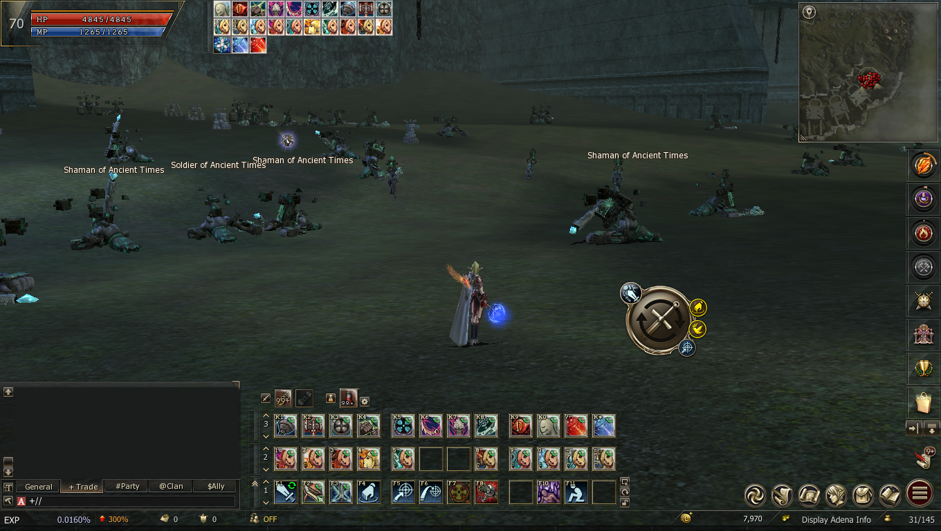 Thankfully, Lineage 2 Essence gives plenty of players the ability to rely solely on themselves in the game world. The team behind Essence drastically changed the archetypes, such as the mage, archer, tank and more, giving players the buffs and skills needed at level 20 to survive on their own in the world. These skills can be looped, giving you the ability to sit yourself down in a spot, turn on the buffs and grind away. As such, solo players can feel comfortable leveling by themselves in Lineage 2 Essence - and thanks to the self-buffs even healers can level quickly like archers and mages.

Getting to the end game

As a result of all this, players in Lineage 2 Essence can look forward to tackling raid-bosses and session-zones - either in a group, by yourself or with your clanmates. These bosses are found in the open world, ready for your group to take down. These bosses drop valuable loot, so you’ll want to keep an eye on those respawns!

Additionally, players can take part in the Grand Olympiad Monday through Saturday from 10-11pm server time. This is for characters level 40 or above and pits players against each other in epic 3 on 3 battles to see which team is the best! 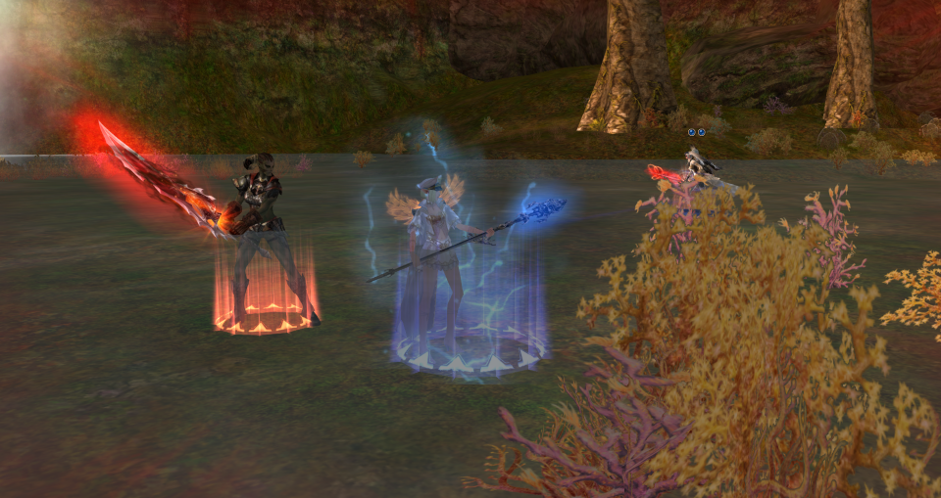 In these 3v3 team matches, putting their teamwork on the line, facing off against a random team of opponents. There is also a massive event, the Giran and Goddard Castle Sieges. These take place between 8 and 9pm server time on Sunday, and both clans and solo players can join in the action. Lineage 2 Essence gives you plenty of opportunities to fight other players to see who is the strongest, and the Castle Sieges are a good place to prove your worth, as you’ll fight not only NPCs but other players to get your hands on a powerful castle artifact.

Of course, Lineage 2 Essence does have an in-game store. This game was designed for those adults who don’t want to go through the slog of playing 20 hours a day, but rather want to jump in and have fun. However, if you’re not willing to spend your hard-earned money on equipment to destroy your enemies, you’re outfitted with free kits containing essential consumables every day.

Also, there is an in-game currency – L-Coin – which can be bought in the store or from other players using in-game currency -  in order to obtain equipment and useful items in a store. Lineage 2 Essence also gives away free kits with consumables every day, such as Spirit Ores (needed to re-use buff skills), Spiritshots/Soulshots Coupons (needed to charge weapons), Sayha’s Cookie (recharges vitality that enables to gain more EXP) and Sayha’s Storm (which gives +200% to gained EXP for 20 minutes).

Lineage 2 hasn’t felt like the “good old days” for quite a while. Lineage 2 Essence gives solo players and those who want to experience the old Lineage without the grind that comes with it. The self-buffs and auto-hunt feature allow you to enjoy the world around you while still grinding your level in Essence, and with massive PvP and world events to take part in, there is never a dull moment in Lineage 2 Essence. So join in the action today!