EverQuest is arguably one of the longest running, still supported 3D MMOs ever made. Each time you play is like you’re being transported back to a time when 4k ray-tracing graphics cards didn’t matter. Since those bygone times, EverQuest has brought twenty two years of adventure, wonder, and excitement.

Even with over two decades under their belt, the EverQuest developer team has still been consistently pumping out exciting in-game events and almost yearly new expansions.

The devs at Daybreak seem like they are just as committed to the game as their fans, which is why they’re kicking-off a bunch of initiatives in celebration of their anniversary.

You may know her as the iconic Elf on the EverQuest cover, but those who travel the lands of Norrath in-game know her as the High-Elf Firiona Vie. The team has created an exclusive one-of-a-kind collectable statue of the high-elf to giveaway to one lucky fan. Below are the giveaway details:

The devs are opening up their treasure chests for this anniversary - Players who jump into EverQuest for a limited time will get 50% bonuses on XP until March 31st, plus new limited time Quests, a new Mission, new Rewards, and new items in the anniversary merchant. 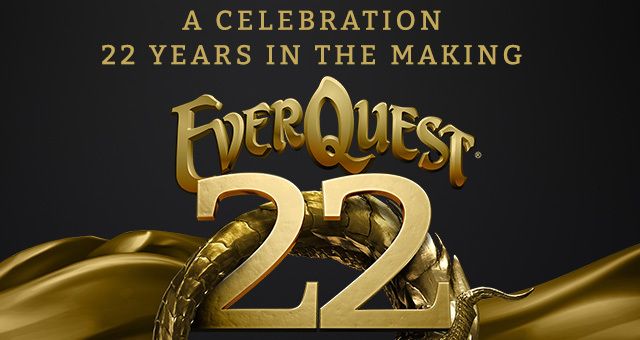 As always, anyone with All Access memberships will receive even more special bonuses including an experience potion, a new cosmetic Fez Party hat, and a Heroes’ Forge Unlock.

EverQuest has a legacy lasting over 22 years and it’s still only just the beginning. It looks like the devs at Daybreak won’t stop putting out new exciting content and expansions anytime soon.