As far as zones go in the Battle for Azeroth expansion, Drustvar was by far my favorite zone. Everything about it was spooky and evoked a profuse gothic horror feel. For example, one of the earliest quests in that zone was to stop a hanging because the townspeople thought Lucille Waycrest was a witch. Granted, considering her mother was a witch, they did have some reason for believing this. It was not just the quests that invoked the eerie feeling but also the zone design from the old spooky look of nearly every section to the sounds which could be heard when wandering. There have certainly been other areas of World of Warcraft which have been spooky, but Drustvar was operating on an entirely different level.

Revendreth picks up on everything which was done in Drustvar and dials it up to eleven. From the first footfalls in Revendreth to the last moment I was able to play in the zone, death and decay were everywhere, and they were celebrated. In addition to the anima drought, which is plaguing all the Shadowlands zones, there’s another problem in Revendreth. After all, the general storyline of the player enters a zone, a zone-wide problem becomes apparent, the player fixes the problem before moving on to a new zone, is ubiquitous.

It might just be because I liked this zone more than Bastion, but the stakes also felt much higher. Without getting into spoilers, events in Bastion are unfortunate mainly because there is a perversion of good going on. It strongly invokes the idea “corruption of the best is the worst of all.” While this is bad, what’s going on in Revendreth feels worse to me. You see, Revendreth is a place people go who have committed sins in life but can still be reformed. There’s the hope of redemption, which doesn’t exist in Bastion because only people who were quite good in life go to Bastion. The perversion of the hope of redemption, which Revendreth represents, feels much darker.

However, don’t go into Revendreth, expecting gloom and doom all the time. There’s a particular kind of wry humor which is alive and well here, and which I particularly enjoyed. This humor is displayed from the first moments I arrived, and the two henchmen who greeted me started showing me around. One thing I found particularly interesting was the fact these henchmen are positioned as being not very bright. However, as soon as I showed up, they recognized the fact I wasn’t dead and referred to me as “Maw Walker.” I find this interesting because in Bastion getting people to understand my different circumstances was quite tricky. For now, I guess that it’s the result of certain things which happened in Bastion.

Sadly, though, I wasn’t able to get entirely through all of the quests in Revendreth. There’s a part of the questline where I had to venture into Torghast to save someone. There were a few steps in the chain missing, and a magical sword appeared to let me know what would happen in those steps. The magic sword is obviously not going to be there in the final iteration ??. I was able to enter the quest version of Torghast (on my Druid character) and work my way through that part. Unfortunately, when I got to the end of it, I was disconnected from the game and couldn’t log back on.

The reason I don’t believe the Torghast quest is the end of the questline in Revendreth is that I was only level 58 at that point. Considering I started at level 57, that’s substantially below the expected ~3 level gain for each zone. Additionally, thematically with the story being told, ending after the Torghast quest would leave a lot undone in the zone. Hopefully, my character will get unbugged soon, or I’ll be able to get another character through it. I have a theory that if I play one of the classes currently allowed into Torghast as a whole, it might work properly.

I did, however, spend more time in Torghast on my Demon Hunter these past few weeks, and it got me thinking about how much I miss having fun challenging content with no real goal behind it. Back in Vanilla, I did Tribute runs all the time. I also would team up with a friend and run lowbies through 45 strat for the hell of it. With the strat runs, I did want the mount to drop, but I did not have any expectation of ever seeing it. The tribute runs were quite quickly entirely beside the point for me. But in both cases, I had a ton of fun with it. Some of it was the people I was taking part in these bits of content with, but it was also lovely to do things just for fun. I can get some of the same experience currently by doing regular mythic dungeons or low keys, or by pugging Normal Ny’alotha. It’s just not the same, though.

The reason I bring this up is, a large part of what I enjoy about Torghast right now is the lack of any concrete goal. I know the joy of exploration will probably start to wear off soon; it will become old hat at some point that’s inevitable. That’s where the fun of just doing random things, or pushing to see how far I can get comes in. Of course, there will be reasons to go in there, and obviously, there will be limits on how many legendary parts we can get per week, anything else would be astonishing.

I’m hopeful Blizzard doesn’t keep the Horrific Vision model of having to do dailies to earn currency to buy a key to enter Torghast. That would kill a lot of the fun right there. Hopefully, the model will be players will be able to go into Torghast as much as we want to, but there are limits on the number of legendary pieces of gear, and hey maybe even the amount of actual gear we can get from bosses in there. Sure, most people will hit their cap for the week and then move onto other activities, but there will undoubtedly be players who are happy just to keep doing Torghast over and over and over. Why not let them? If the rewards are limited and people just wanting to do it for fun, how does that hurt anything? 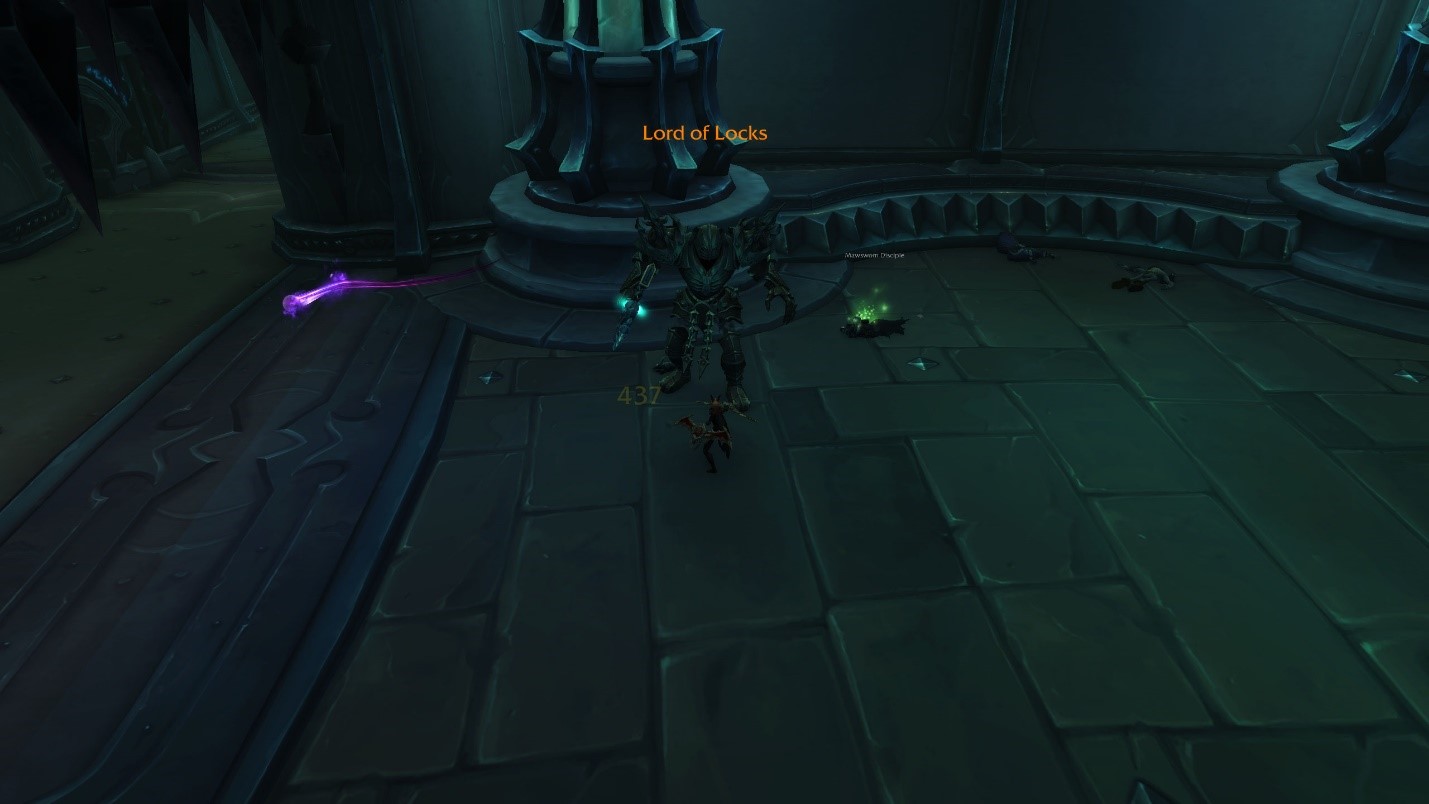 I tried to get into some dungeons this week as well but only managed to get one queue pop, and the group quickly self-destructed. Hopefully, my luck for the next couple of weeks will be better. I’m also hoping Blizzard will follow the pattern so far, and we’ll get to start testing on Ardenweald soon as well as see the rest of the Revendreth questline. As always, I’ll keep poking away at it, and bring mostly spoiler-free updates on what’s there to see.