It’s been almost two weeks since 9.2.5 dropped many of the barriers between Horde and Alliance players. It’s been fun mixing things up, and I was excited to finally switch my Druid to a Zandalari Troll, which I have wanted since they were revealed as an Allied Faction. Of course, there have been some hiccups along the way, which was inevitable when it comes to making such a broad change to World of Warcraft.

The trouble started when I logged on to raid after 9.2.5 launched, and I was met with an issue that had been happening on and off for a while. Neither my in-game friends list nor my Battle.net friends list was working. They were completely blank. Additionally, when I tried to get around this using the launcher instead of the lists in WoW, that also didn’t work. It was so bad that when a Battle Tag friend whispered me, it just said “whispers” and then what they said. No name whatsoever was listed. I only knew who it was because of what they said. It was a ridiculous but also hilarious situation.

We had one horde friend who wanted to join us that night, which wouldn’t have been a problem, but since my friends lists were all broken, it made it more difficult. I had hoped I’d be able to invite him through our Battle.net community since it was already cross-faction and cross-game, but that didn’t work at all. Eventually, I had to have someone whose friend list was working invite him. It wasn’t a huge deal, but it was frustrating. As a result, we’ve also made a second community; this time, rather than being a battle net group, this is a cross-faction WoW community. It’s a bit frustrating that our original community, which did function cross-faction because it was also cross-game, couldn’t be used for invites. So now we have two communities.

On the previous note of faction changing my Druid, I also ran into an unexpected issue. The first time I tried, it failed because I needed to leave the WoW communities of which I was a member. I thought about it and thought it made sense because I was in a couple of WoW communities that were alliance only. The faction transfer failed on the second try with the same message. It turned out that I had to leave the cross-faction community, the one we had just recently created, because of the issues with not being able to invite from our other community before my faction transfer could go through. Now, it’s easy enough to leave and rejoin a community; but it feels like an unnecessary step when the community is cross-faction. It added another level of frustration I was already feeling regarding this whole thing. 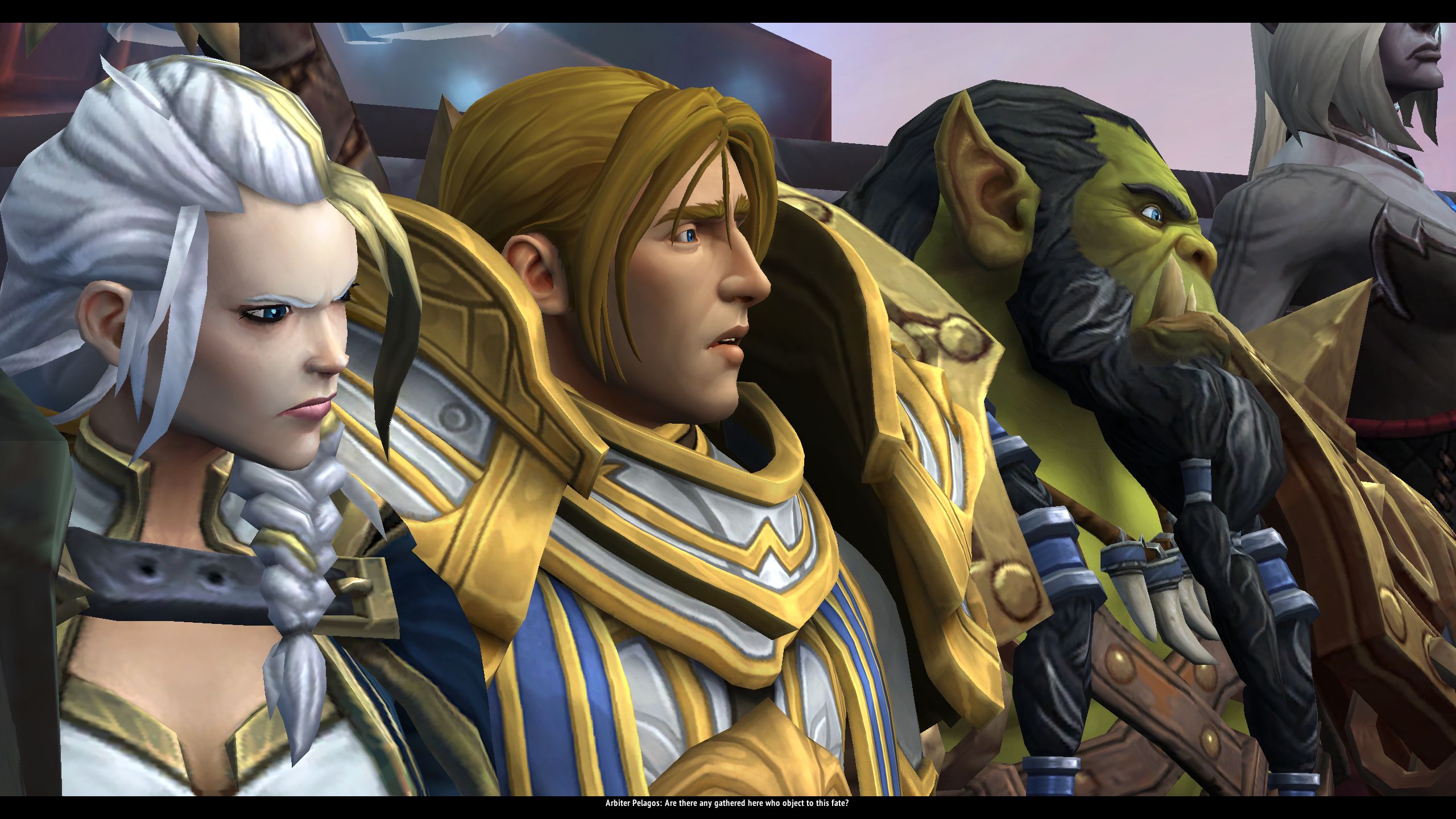 The next level of frustration with this situation reared its head when trying to put together a pug group cross-faction. What was surprising to me is it turned out that while putting together a group in LFG, neither the person looking to apply to the group nor the person putting together the group could whisper each other at all. There are many reasons someone might want to talk to another player before bringing them into the group. Most common for me is when I’m looking to do a particular M+ but don’t have a key for it or making sure they realize we aren’t pushing a key, just trying to help someone catch up on gear/get experience. I like to be able to confirm with someone before inviting that they understand the group’s intent because it seems like many players never read the descriptions for groups. It feels like a bit of an obvious oversight.

However, what makes this even worse is Blizzard told us in the blog post ahead of the patch that this would be an issue. They specifically said, “once in a party members of the opposite faction will remain unfriendly while outside of instances, though they will be able to communicate through party and raid chat, as well as use /say and /yell within proximity of one another.” At the time, I didn’t think about it, but that statement implies that those are the only ways members of the opposite faction can talk to each other in-game. It’s an old restriction; I remember horde players hopping on alliance alts to talk to me outside Battlegrougds back in Vanilla and vice versa. However, this restriction feels archaic in a world where we can group up and play together. Not being able to talk to each other before adding the character to a group makes the whole process far more troublesome than it needs to be.

Lastly, if the goal is to let people play with the people they want to play with regardless of faction, cross-faction guilds are required. Communities are a band-aid on this problem, and it isn’t great. Needing two different guilds, who also need to be in a separate cross-faction community, so we can all play together and talk together is ridiculous. Plus, it makes sharing resources much more difficult. Guild banks are great for sharing resources and helping everyone work towards shared goals. Having everything split needlessly complicates things and will leave players feeling like they still can’t play the faction they want to because if they do, they won’t be able to help the guild out as much as they did before. If this is the future of WoW and not an end-of-expansion experiment, cross-faction guilds need to happen.

It sounds like I’m being a bit negative about this, and I haven’t even talked about the PvP aspects, which caused issues. Cross-faction play is a feature I was extremely excited about; I never thought it would happen. I can’t overstate how happy I am to be a dinosaur, or I would be able to if I didn’t need to switch to Monk, but that’s a WHOLE other thing. Once my friends list was fixed and we got people into groups, everything worked well. It’s been great seeing a lot more variety in groups. It’s just how this system makes things more complicated than necessary is frustrating. Please, make this seamless for everyone who wants to use it. Fully support it with cross-faction guilds. Just please, make it better.