It's been two weeks since Zereth Mortis launched, and I'm enjoying the time I spend in this zone; thankfully, it doesn't feel like a chore. Some of this is, of course, this is partly happiness of finally having something new for this first time in eight months, but my enjoyment also has to do with a lot of choices Blizzard has made to make things more friendly for those of us who don't play all day every day. Of course, everything isn't perfect, but it is an excellent step in the right direction.

When Korthia came out, some people didn't like the fact it was so small because it meant they could finish everything they needed to do in a short amount of time. For me, that was a feature. It allowed me to more easily do what I needed to keep up with the rep in a short amount of time, and then I could work on extra things. If I wanted to spend more time and catch more rares, I could, but I didn't need to. For example, during 9.1, I focused on playing through a second covenant's storyline on my main and leveling it up, which was a blast. Additionally, I knew if I only had 15 – 30 minutes available to play, I could quickly hop in and take care of the Korthia quests. There was a lot of flexibility in my playtime.

Zereth Mortis is almost entirely different in this respect. It's a much larger zone that takes longer to traverse. As a result, taking care of the daily activities also takes more time. This aspect will get better once flying is available, something we were never able to do in Korthia, but in the meantime, It does feel less friendly to the small packets of time playstyle than Korthia. This means I am logging in less, but I am spending more time online when I log in. Changing Patterns Within Patterns was also a massive quality of life change for me. I only managed to complete it once the first week due to how life worked out. This left me feeling I was falling behind and missing out. The only downside of the change is that I'm not sure if it is possible to knock it out in one day anymore. However, to get the total value from the previous version, i.e., completing multiple times a week, I would have had to log in more than once throughout the week to complete it each time it was up. So, nothing was lost with this transition. 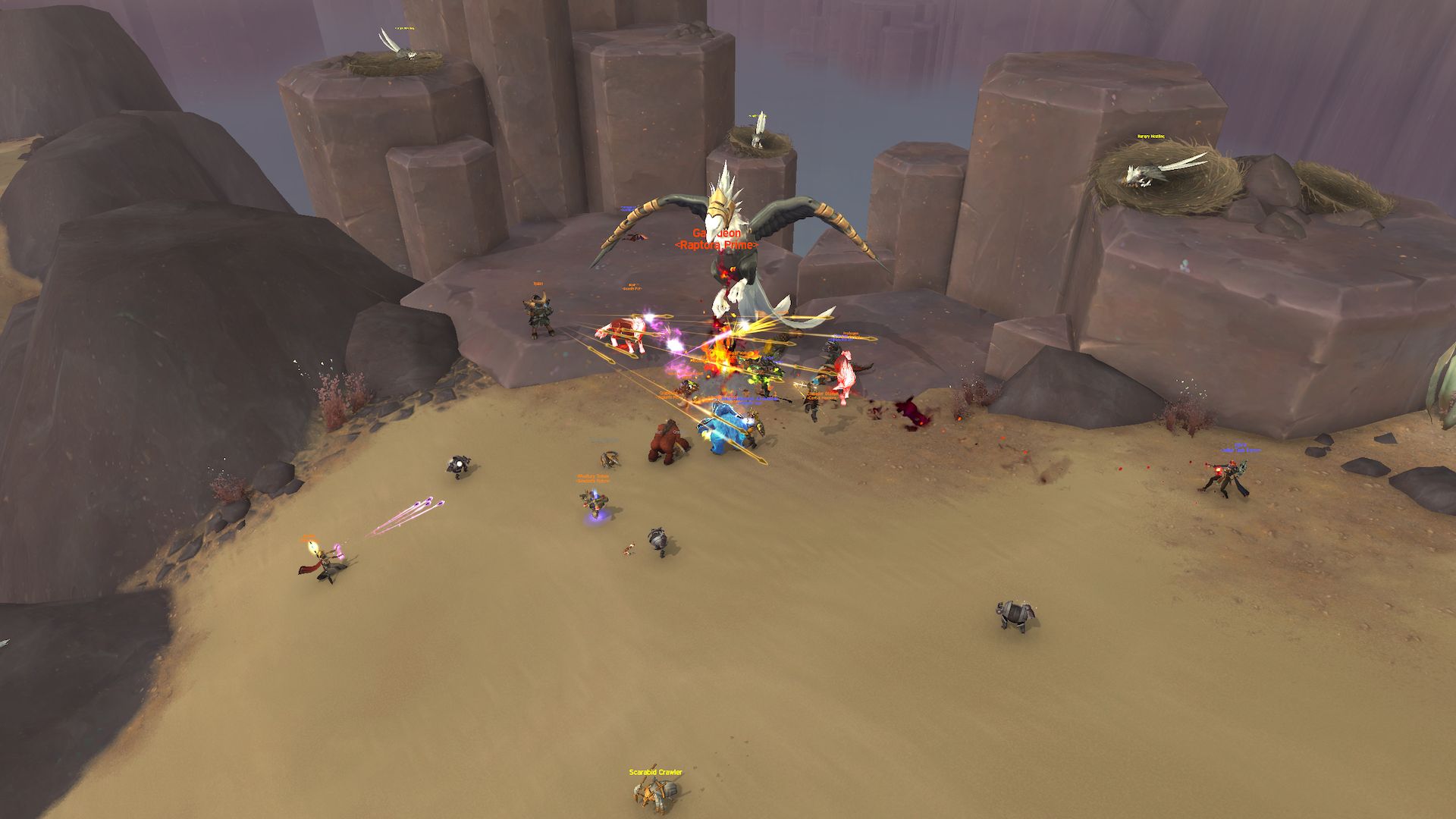 As much as I had fun hunting rare mounts in Korthia, I am thrilled they aren't part of the loot table in Zereth Mortis. The drop rate for the mounts in Korthia was meager, making the whole endeavor feel much more frustrating than needed. I was delighted when I got the mounts I wanted, but mostly I was just frustrated with them. Having rares as something extra that isn't needed is lovely, especially considering if one pops far away from where I am, there's very little chance I'd get to it before it is killed. In Korthia, that was only really a problem with the ones on the side island, but even then, since there were two different ways of getting there, it wasn't much of an issue.

Zereth Mortis flying is also being handled in just about the best way possible, it is a meta-achievement, but it doesn't require reputation at all (let us never go back to that!) I finished most of the achievements just from playing as I usually would. I had ignored most of the PTR phase for 9.2, so I didn't know what went into flying at first. I quickly completed exploring Zereth Mortis, path to enlightenment (complete three side quest lines), and kill ten rares without any special effort, which feels good. All I have left is to find the pages about Firim, which will probably be interesting and complete the storyline each week, which I'd be doing even if it wasn't part of the flying achievement. 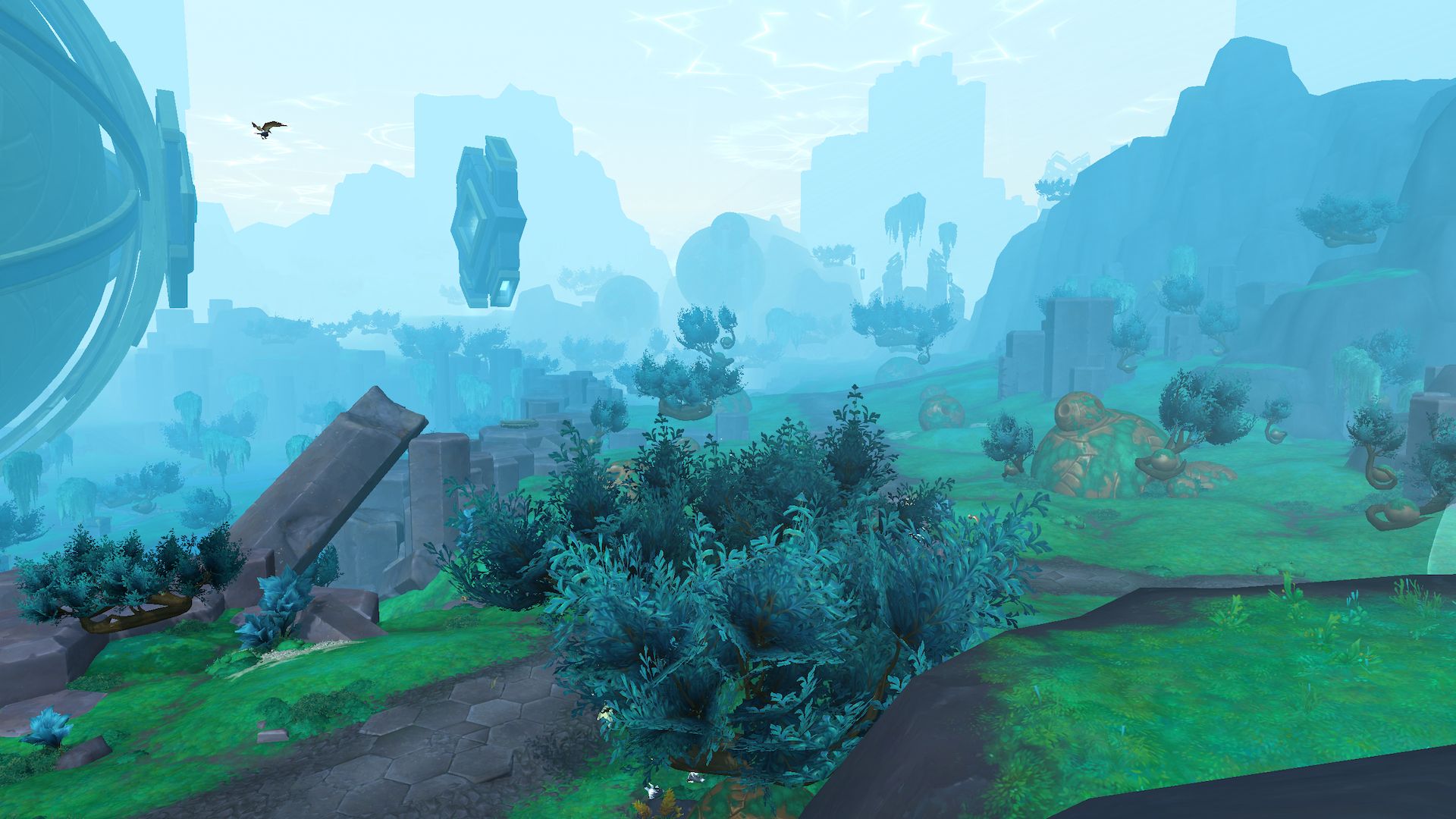 You might have noticed I didn't mention the achievement for looting five of the treasures in Zereth Mortis. Usually, that achievement would be interesting, and I'd have fun finding them; however, it seems like Blizzard is once again trying to make jumping puzzles in WoW happen. Not all of the treasures are like this, but many are. Enough to be frustrating anyway. Although I enjoy jumping puzzles in Guild Wars 2, despite being terrible at them, I have always disliked them when they pop up in WoW. The main reason is that jumping in WoW is very "floaty," making it harder to aim as I jump. The control isn't there, so I have less patience with them. As such, I just switched back to Venthyr and used the door of shadows to attain the treasures I needed. Yes, this is "cheating," but it was completely worth it even though sometimes I had to stand around for a minute waiting on the CD.

One of the funniest comments I have seen in general chat over the past week or two has been various people being happy to be in a zone with actual color and variation. This might seem like a hilariously low bar, but the Maw was one note, and then Korthia was just more of the same. This was a bit frustrating since the story of Korthia is it was another world that the Jailer pulled into the Maw. The broken and fragmented aspects of Korthia made sense, but it was peculiar how the overall look was that of the Maw when it's supposed to be part of a different world. Perhaps that was due to how lighting works there, but having the Maw followed by essentially more Maw, made it feel old that much quicker. Zereth Mortis has many areas that have very different looks, which helps all of it feel entirely new and is an area I enjoy spending time in, unlike the Maw.

I'm sure everything in 9.2 will feel less fun on the far side of six to eight months, but there's isn't a lot of content that will still feel great after many months of play, so I'm okay with that. When I finish with what I need to do here, I can always go back to work on the last two covenants I haven't done on my main and work on some of the other things I still haven't finished. For now, though, I'm having a lot of fun with the 9.2 patch.