This past week the Shadowlands Pre-Patch went live for everyone currently playing World of Warcraft. However, this pre-patch is a bit different for two big reasons. The first is although all of the significant system changes have gone live, we have not started the pre-patch event, and we have absolutely no idea when that will start. Secondly, we have no idea at all when Shadowlands will launch. We could potentially be in the most prolonged pre-patch phase we have ever seen. This, of course, has upsides and downsides.

As with any patch where a large part of the game itself is overhauled, pre-patch has had its share of hiccups right along with all of the positive changes which have come with it. Thankfully Blizzard is trying to stay on top of issues and put out hotfixes on the 14th, 15th, and 16th. While these, of course, don’t address all issues, it does put a bit of a dent in them. My favorite note here is regarding people who were stuck on Exile’s Reach after completing the introduction. It reads, “We were going to send another expedition to rescue you but that turned into a whole thing, so now you’ll just be teleported out.” 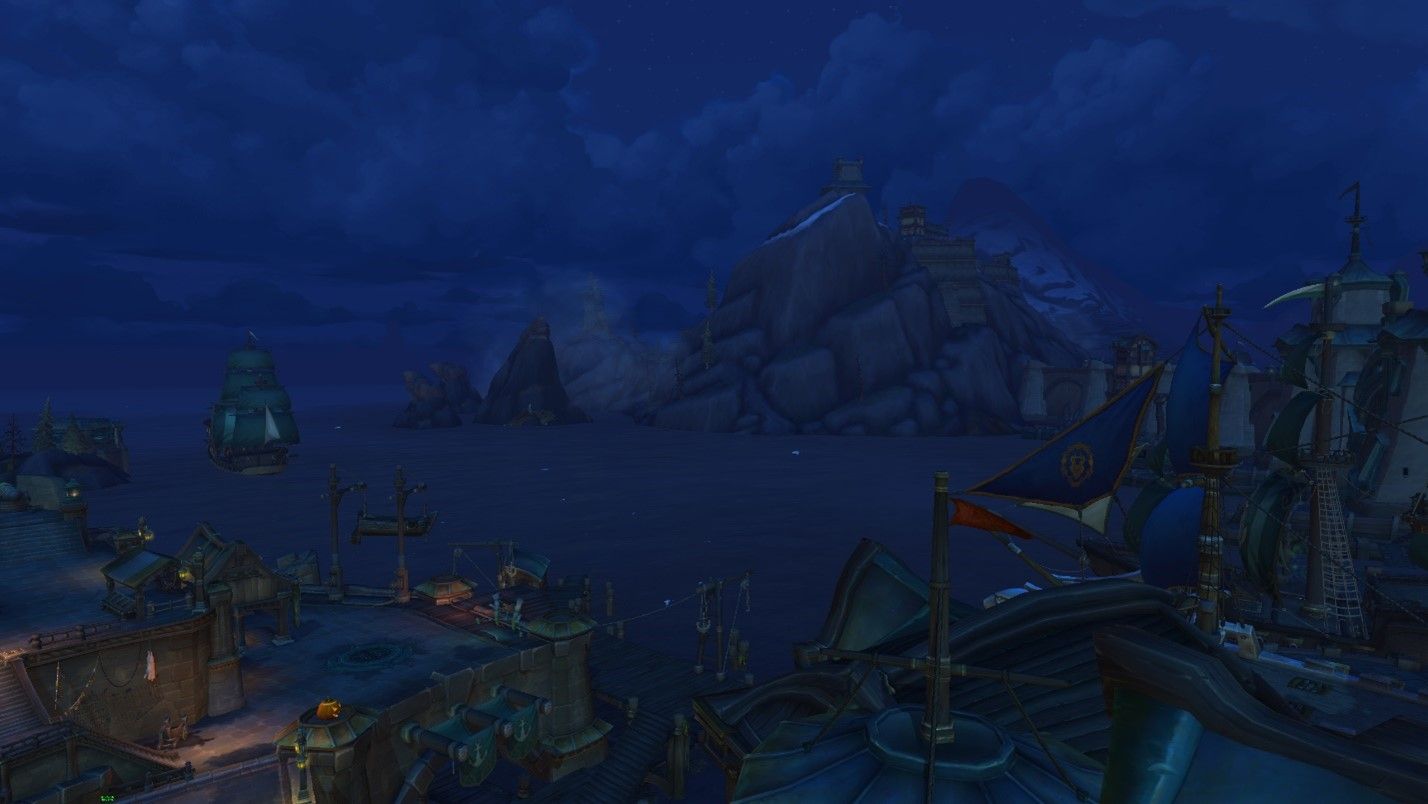 On a more serious note, there was some real confusion regarding if Gladiator titles and mounts would be used across an entire account or just by the character who earned them. There’s been some back and forth on this, and Kaivax posted a clarifying update regarding it. Although I am looking to get into PvP in Shadowlands again, I haven’t been very involved with it since BC, so I have no dog in this race currently. That said, I don’t think it matters much if the title & mount are usable across an entire account or just a single character. Sure, it would be nice to have, but it isn’t a dealbreaker.

What’s more concerning is how this was handled. It was in the patch notes saying these things would be across the account. I completely understand how a misleading or just plain wrong patch note can end-up going live. The whole process of compiling patch notes is just crazy, even if you are entirely organized about it. Many people contribute, things get cut, added, changed, often countless times before they are final. It involves input from multiple different departments, so things get missed. It happens. However, rather than just quietly changing the notes to be correct, they should have updated and posted an explanation. Acknowledgment of the goof-up would have made a world of difference. As it currently stands, it’s very easy to read this situation as underhanded and malicious, and that’s not good for anyone. 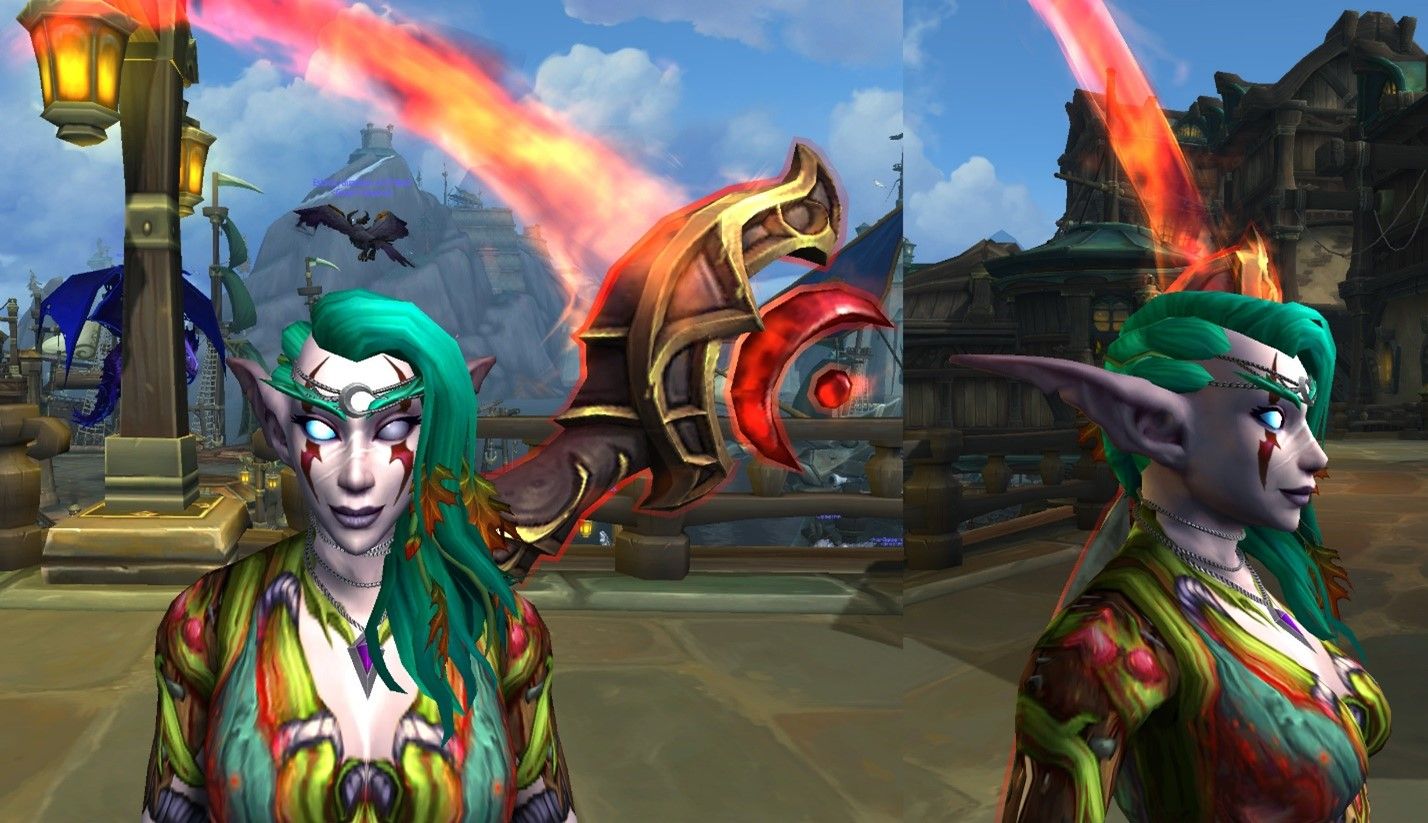 I was super excited to finally use my race change I bought months ago to go back to Nightelf, which feels like a return to home for me. The new options for female Nightelf are something I’m completely over the moon about. However, there seems to be confusion/bugs about Druid’s various form switching options. I’m missing the ground mount options, which is sad because I was looking forward to running around as a cheetah again. I’ll be annoyed if I need to rebuy those old glyphs, but I don’t want to waste the money unless I know it’s going to work.

I also thought I had a weird transmog bug because I couldn’t get my outfit to change to go through. After trying various things and working with support a bit, my crafted boots turned out the issue. During the squish, I had lost one point off my leatherworking skill, which meant I no longer had the skill to use my boots. So, I had to scramble to get mats (since I had just recently cleared out all my old mats) to get a skillpoint again. Once I did that, everything was fine. Which yay reasonably easy fix, but boo having to redo something I had already done. 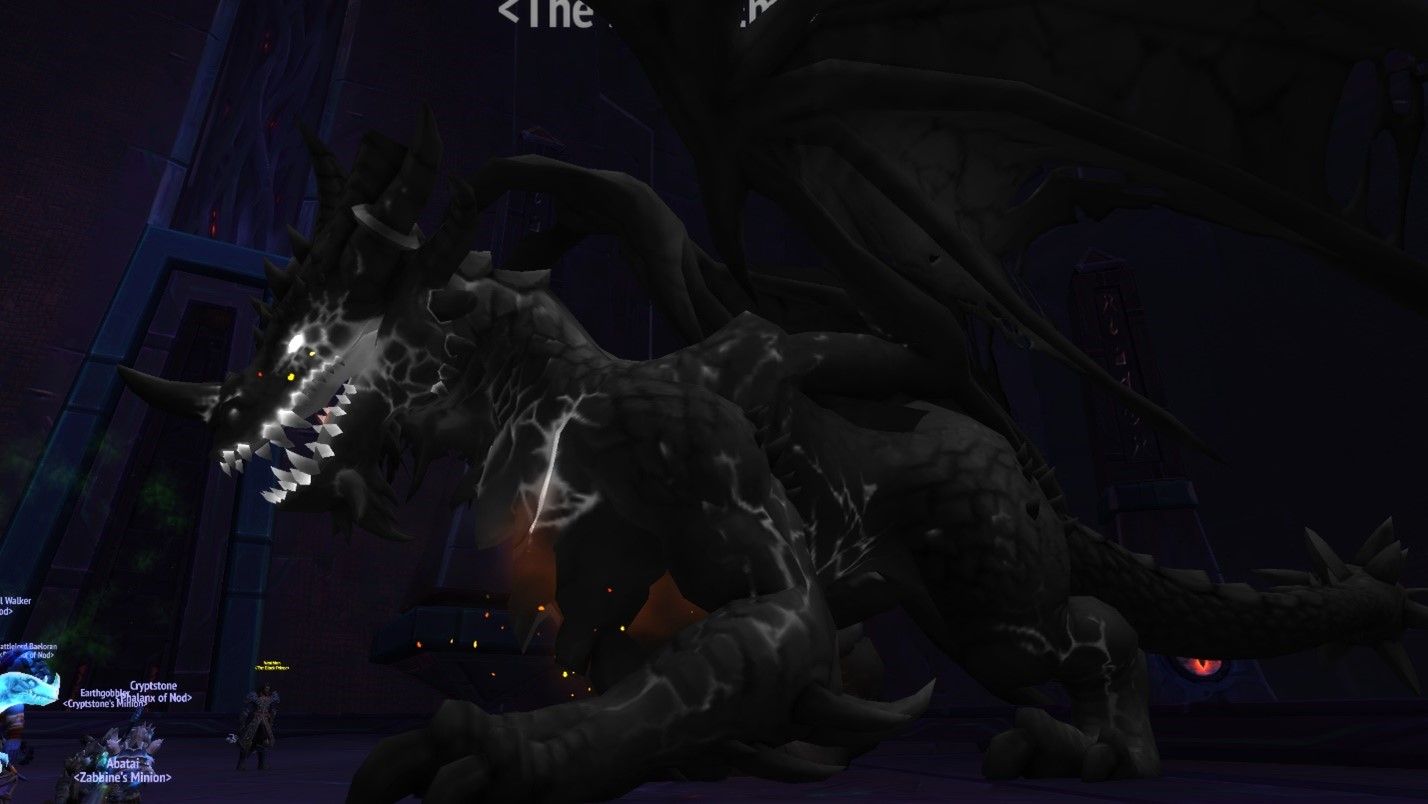 Along with the pre-patch’s arrival, the excellent Brutosaur mount, Ahead of the Curve, and Cutting Edge are all unobtainable. Additionally, if you haven’t gotten the rank four essences from M+15, Arena, and Hertz Locker yet, then the achievement Phenomenal Cosmic Power is no longer obtainable for you. However, mount hunters can still obtain the Uncorrupted Voidwing, Ny’alotha Allseer, and Glacial Tidestorm before the former is removed from the game entirely. The latter two will also be reduced down a drop rate of 1% once the expansion goes live. Even though we don’t know low long we have until Shadowlands starts, now is the time to get all of these things done if you care about them at all.

I’m mostly going to be focusing on leveling all the alts. I’ve just started working my way through MoP, and it’s a real treat to get to finally experience that expansion close to how it was at launch. I’m having a blast! Anyone have any goals they want to get done before Shadowlands arrives? Anyone run into any weird or interesting bugs?