Shadowlands has been out for almost two months now, and we’re nearing the point where players start looking towards the next content update. Most of us have reached the point in this patch where we have our general routine for World of Warcraft playtime down. We know where we want to spend our time and what things we are willing to let fall by the wayside (it’s the Maw, right?) However, before I turn my attention to what’s coming, I wanted to take some time to go over what has bothered me a lot these last few weeks, Legendary crafting. Or rather, the predicament Leatherworkers find themselves in with crafting legendary vessels.

First, I’d like to say I do enjoy what has generally been done with professions this expansion. I feel useful, which is a stark change from BfA, where I seriously wondered if I should change to skinning/herbalism instead. It was reasonably easy to move through the ranks of leatherworking, and honestly, I ranked it up much faster than I expected. I even like how some professions are dependent on each other for certain things. Having more interplay between the professions helps everything work together well. The issues come into play when we consider the Legendary vessel subsystem, though. 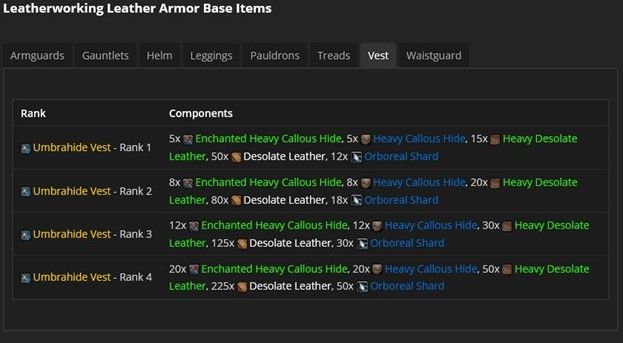 As you can see from this image, from the Wowhead Leatherworking Profession guide, the mats needed to create each vessel are relatively high. Since the vessels are a crucial ingredient for crafting a Legendary, I’m okay with having a high amount of mats required, especially for the higher rank vessels. Although considering only the stats increase at higher ilvl, and not the legendary effect itself, there is an argument to be made that the mats scale up a bit too high. There is also some variability depending on the item slot as well. For example, gauntlets have a lower mat usage than the vest does, and armguards are less than the gauntlets. However, they are all pretty close in mat requirements, especially when you consider the fact that Heavy Callous Hide and Orboreal Shards are the limiting factors for crafting these vessels.

Desolate leather is prevalent and can be used to make Heavy Desolate Leather, so those aren’t limiting factors. The mail patterns switch out the Desolate Leather component for Pallid Bones, but those are also incredibly easy to come by. Orboreal Shards can only be bought from a vendor, which thankfully there is one in each covenant hall, and their prices reduce as you gain rep with your convent’s faction. These shards’ cost starts at 125g, and I believe the lowest they go is 106g. They aren’t hard to get, but they aren’t cheap either. The Orboreal Shards for a rank one vessel will cost between 848g – 1,272g at minimum. 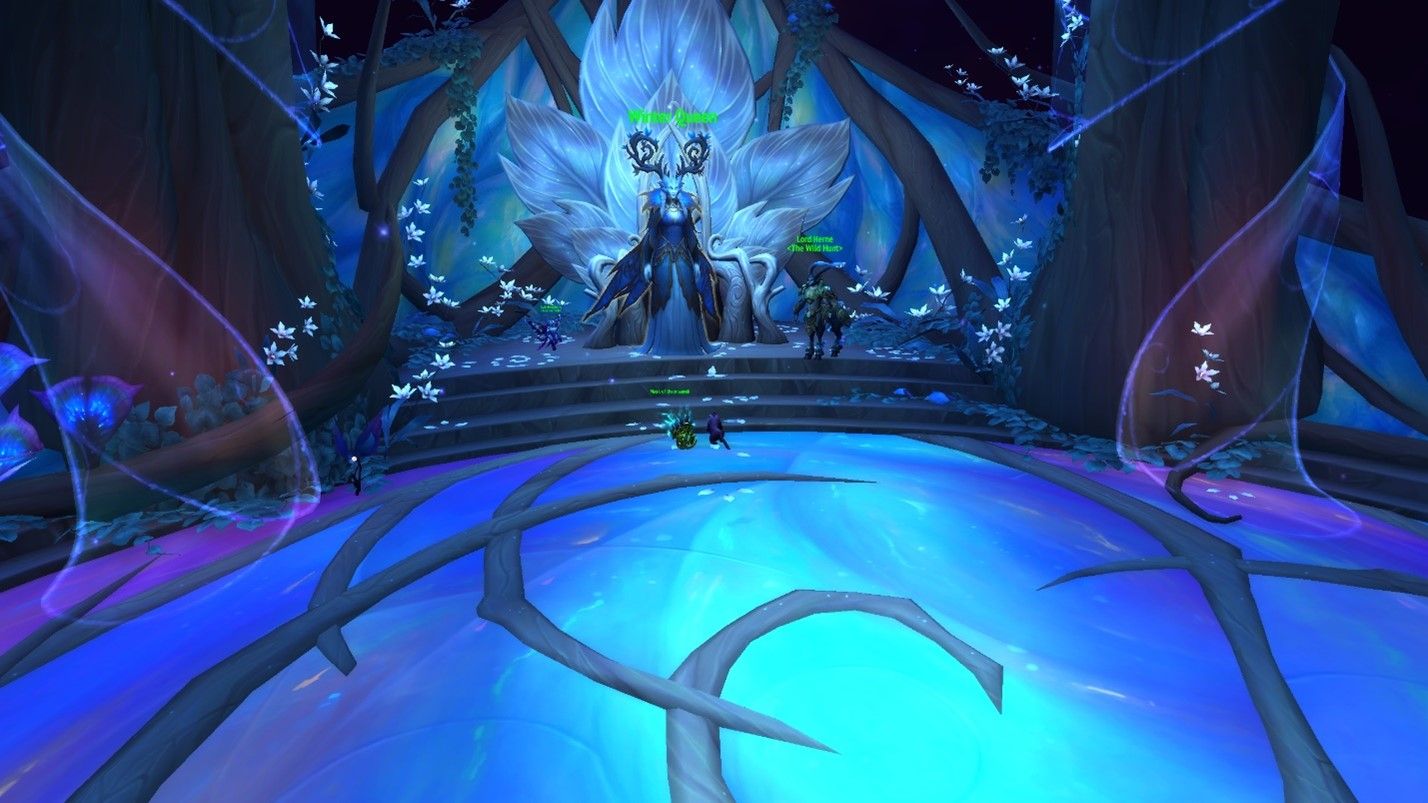 Heavy Callous Hide can be farmed from mobs, but the drop rate seems to have been nerfed since the start of the expansion (though I couldn’t find a patch note confirming that). In November and December, I could reliably farm up enough to make a vessel in between one or two hours spent skinning. Now, skinning the same mobs in the same locations, I’m lucky if two hours of farming will yield me two heavy callous hides. I do get a fair amount of callous hide, which can be crafted into the heavy callous hide, but considering it takes ten callous hides to make one heavy callous hide, it in no way makes up for the reduced drop rate.

As I previously mentioned, I don’t mind these vessels requiring a lot of materials to create (though the drop rate of heavy callous hide does need to be fixed). My real issue with the system is how rank 2, 3, and 4 of the vessels are learned. To learn rank two of helms, I need to make 15 rank one helms, rank 3 15 rank two helms, and rank four is 15 rank three helms. Notice I am specifically saying I need to make umbrahide helms to learn the next rank for umbrahide helms. This is because each armor slot has its own separate XP bar. This is particularly frustrating for leatherworkers because we have two armor types to level up. 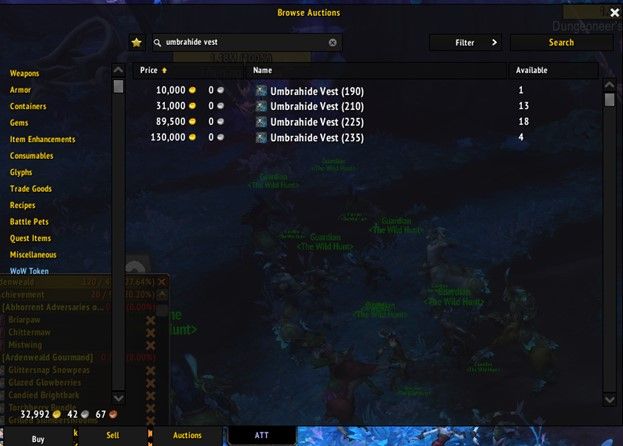 I wish they had gone with a system where each armor type had a separate XP bar for the different ranks. That way, I could focus on what my guildies need, and each piece I make could go towards getting the next rank of everything. As someone without tons of gold at my disposal and not a ton of free time available to play, getting these slots leveled has been a grueling and frustrating process made worse by the apparent heavy callous hide drop rate nerf. I want to feel useful to my guild with my professions, but at this rate, it makes more sense for them to buy the pieces off the AH instead of waiting on me. At least with having mail level all mail and leather level all leather, I could focus on what people need instead of making things no one needs (rank one vessels sell like crap on my server most of the time).

Alternatively, I would be more comfortable with leveling each slot if the amount to level was lower. Something like five for rank two, 10 for rank three, and 15 for rank four would be a considerable improvement. It is only a decrease of 15 items needed overall, but it feels much more doable especially knowing how much the mat requirements will jump once I get to the higher ranks. Overall it’d be a reduction of 270 heavy callous hides needed. With a setup like that, I’d feel less obliged to focus on just one slot and feel more able to help my friends get the items they need. 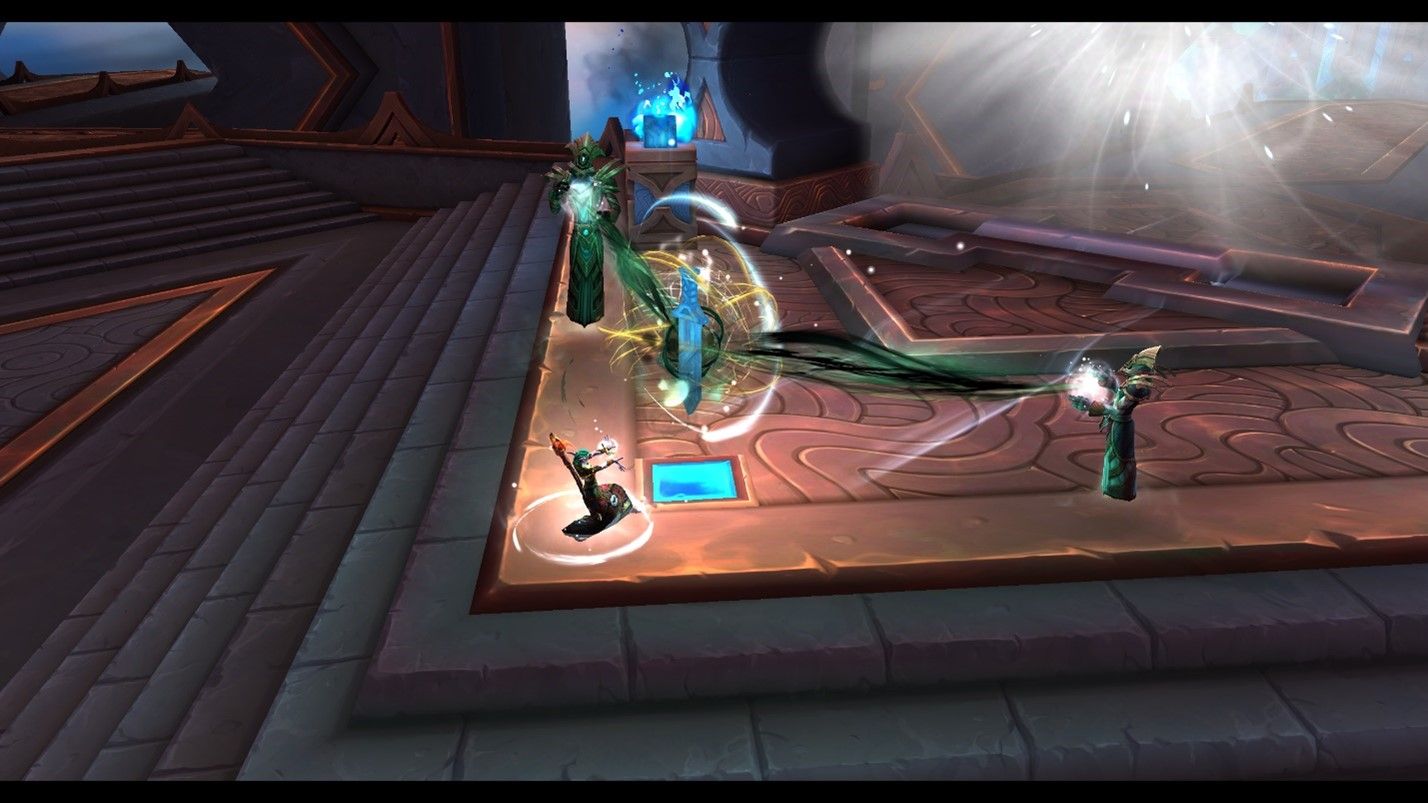 I know making changes like these would undoubtedly have a significant impact on the AH and the players who could rank up their vessels right away. After all, one of the reasons the rank one vessels don’t even cover the cost of materials, most of the time, is the bar for making them is so low. However, currently, it feels like I’ll never get things ranked up enough to be useful, and needing to do all of this for leather and mail makes it feel even more insurmountable. If it could be just a little easier, that would make a huge difference for players in my boat.