After an admittedly much shorter wait than I expected, I had the opportunity to travel through the Dark Portal and set foot in Hellfire Peninsula the way I did years ago. As I had mentioned in a previous article, I was more excited for Burning Crusade Classic than I was for the original launch of the Classic servers, and the launch of BCC didn’t disappoint. I know the whole “some changes” concept has gone a bit further than some would have liked, and the whole deluxe edition thing is… well, a whole thing. However, I went into BCC not expecting to recapture the same experience as I had originally, but rather to see and experience some of the old things in new ways. So, how’s the experience holding up so far?

The first thing is, of course, server stability. Since Blizzard did the super-extended maintenance when the pre-patch went live, they didn’t have to take everything down to bring the new stuff up. It was a seamless transition. My experience bar even reappeared about five minutes before the Dark Portal opened, which added a bit more anticipation. I did have to reload everything real quick to get the quest to go through the Dark Portal to show up, but that’s the only hiccup I ran into. I saw some people in map chat and my guild mentioning lag issues, and a couple of my guildies did experience a disconnect. However, my experience was smooth as butter. Part of the reason for this is I delayed going through the Dark Portal by about an hour to finish leveling Herbalism and Alchemy. Of course, even when I was running around the Blasted Lands picking herbs right before launch, I had no issues with lag at all. It was also really cool seeing everyone gathering up for launch. 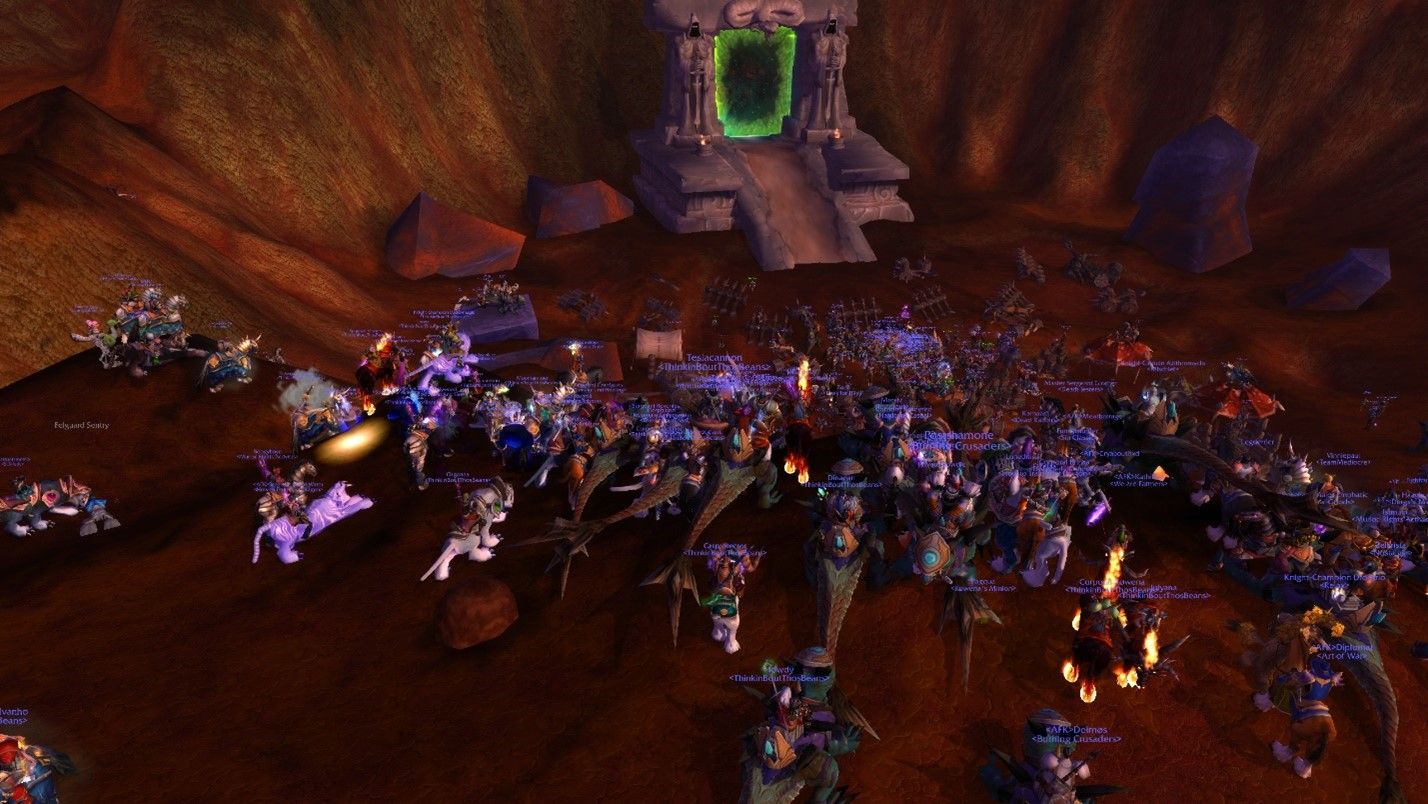 As it turned out, my determination to finish herbalism was a bit misplaced because once I did arrive in Hellfire Peninsula, there wasn’t a single herb to be found anywhere. I’m not sure if people were getting to them before me or if there was some issue with them spawning, but I didn’t see anything at all. Surprisingly I had no real problem with completing quests. The quests right by Honor Hold, where I had to kill 20 orcs and gather steel and wood, were the hardest ones to complete. Even so, everything seemed to respawn quickly with minimal waiting. Once I moved past those initial quests, it was easy sailing. Sometimes there were even too many mobs around, which made everything more dangerous. Players also seemed to be courteous about sharing things and helping each other out, so I was delighted to see that carry into at least the beginning of the expansion.

If my guild is any indication, many players were going the “spam dungeons to level” route. I did participate in one dungeon, which was fun, but it isn’t my preferred way to level. I enjoy questing out in the zones and enjoy the various storylines, especially some of the more random and wacky questlines. Part of the reason for this is I know I’ll be doing all of the dungeons a lot on Heroic, so I’m not in a hurry to spend a lot of time in them currently. When I get the quests, and if any of my guildmates need help in one, sure, no problem. But doing the same dungeons over and over tends to be an activity I get bored of rather quickly. I am happy it is an option for players who enjoy that, though. 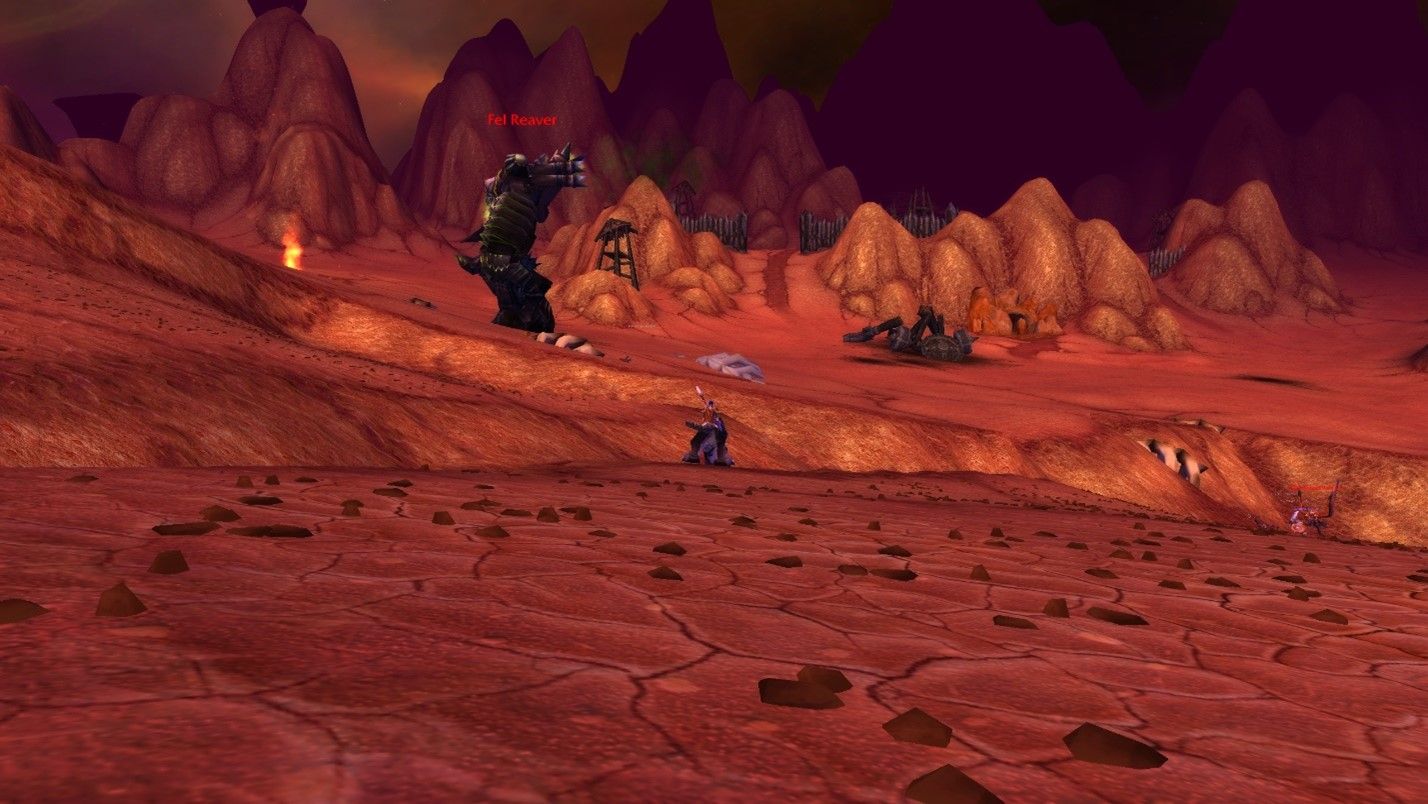 One aspect of Hellfire Peninsula which has surprisingly lost its sheen is the Fell Revers. I’m not sure how I was ever surprised by them the first time around. They have a distinctive sound and can be seen so far away that the concept of them just suddenly appearing seems odd. And yet, I distinctly remember them appearing as if out of nowhere and stomping my face more than a few times. I have a much better sound system, and of course, I can play on much higher graphics settings now. After all, I played on laptop computers through Cataclysm. Plus, obviously, technology has come pretty far since 2007. Now that I’ve said all that, though, I’m definitely going to get stomped the next time I play for tempting fate.

Of course, everything hasn’t been smooth sailing. There are some interesting bugs and issues popping up now that more players are progressing through BCC. One significant issue is that some green bind on equip gear have stat values way too high for what they should have, but they give no stat increase when equipped. This is a bit of a new twist on a bug that existed during beta. There’s also the whole Feral energy issue, which will probably need an entire article itself to delve into if it isn’t fixed soon. Lastly, there was also a lengthy maintenance done on June 2nd. Nonetheless, so far, BCC has gone just about as smooth as can be expected. 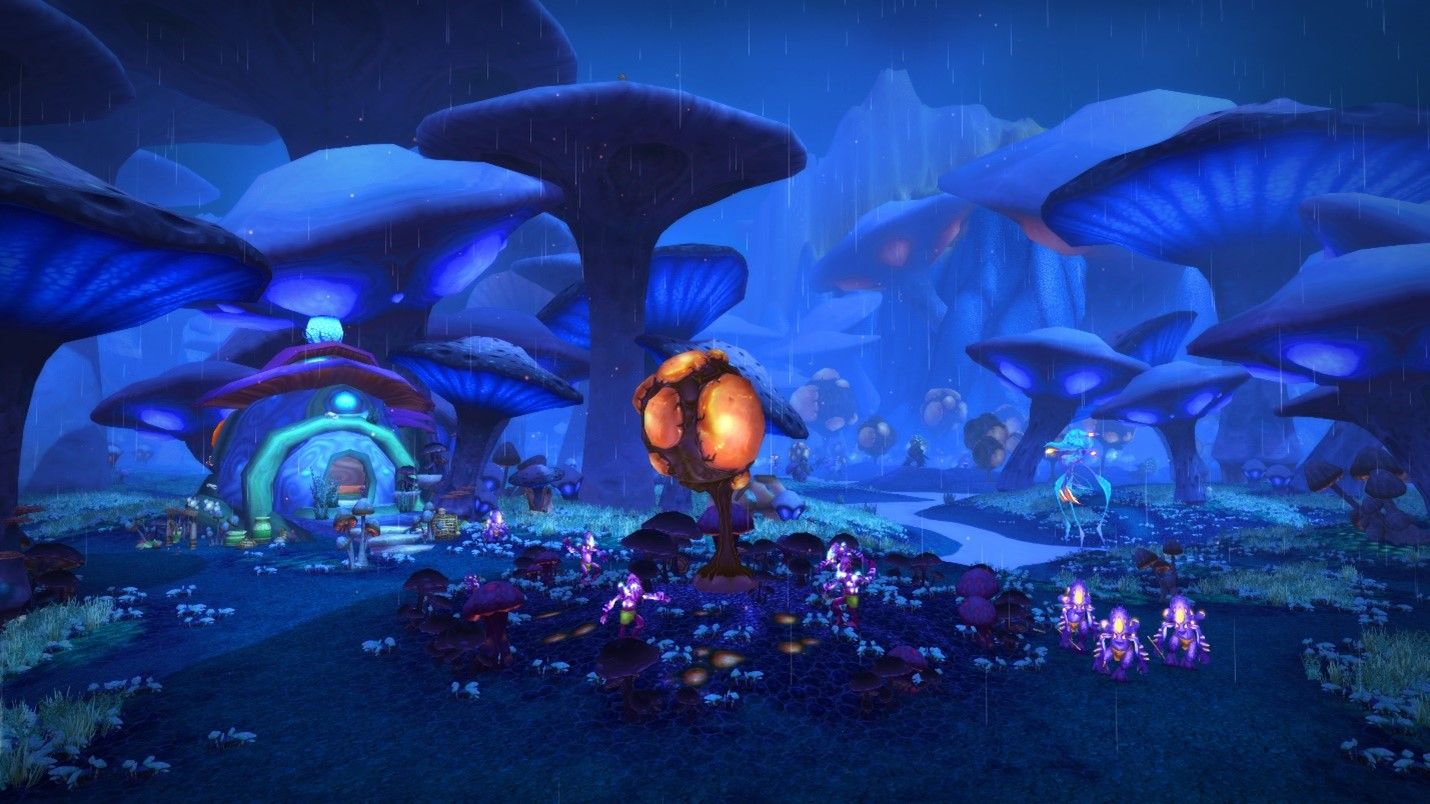 I still have a long way to go before I am anywhere near able to put a score on how well Burning Crusade Classic lives in the current gaming landscape. Right now, it’s a fun nostalgia trip, with just enough changed to keep it from feeling anachronistic. I’m also curious to see if the same issues of going from 40 man raiding to 10 man in Kara will play out all over again. Some guilds will undoubtedly navigate that well, but it can cause a lot of friction did spell the death of quite a few guilds the first time around. Anyway, time for me to get back to leveling!