Now that 9.0.5 is out and we've had some time to see how these changes have affected things, it feels like a good time to look towards 9.1:  World of Warcraft's Chains of Domination. We did get a fair bit of information about it during BlizzConline, though there's still a lot we don't know about it. Plus, 9.1 isn't on the PTR yet, so how a lot of the new content and various system fixes will be implemented is still unknown. Let's take a look through some things I hope to see and some things I really hope don't come to pass. These aren't in any particular order, so don't read too much into the numbers.

1. Don't Make Me Go Through 40 More Renown Levels to Get Flying

During BlizzConline, Ion Hazzikostas reconfirmed what he had told us back in July that reputations won't be part of the requirements for flying. He also confirmed that flying would be coming with the 9.1 patch and will be tied with Renown. I am looking forward to getting more of the covenant storylines, which undoubtedly will be connected to Renown levels again, and that's completely fine with me. However, I will be a good bit annoyed if I have to get 40 more Renown levels to fly, especially since there will undoubtedly be weekly caps on max Renown again. I could handle waiting for Renown 45 or 50, maybe even 55. I don't expect just to be given flying at Renown 40 when 9.1 launches, and that's totally fine. 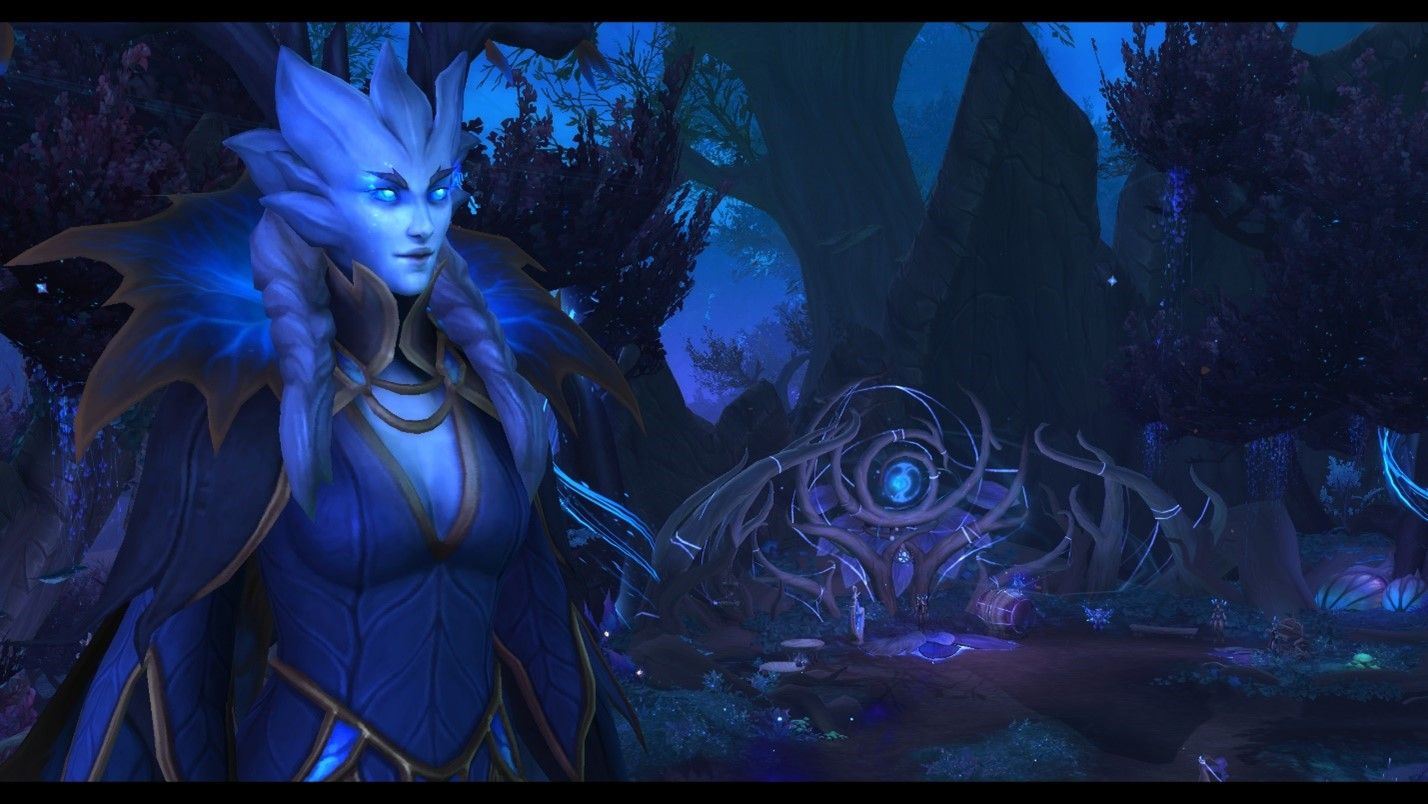 One issue which 9.0.5 did relatively little to fix is how difficult it can be to get gear upgrades in raids. Ion Hazzikostas mentioned they have plans to tackle this more fully with the 9.1 patch, but he didn't go into any details of what they planned. One thing which could be possible is implementing a system similar to what we have for Mythic + Dungeons with valor. They could potentially add valor to raids and allow players to upgrade the gear from the new raid to higher ilvls, which could work. For example, if you get a drop in Normal but haven't gotten any luck with the drop in Heroic, you could upgrade to that level. If they did something like this, I would fully expect to meet some criteria to upgrade a piece of gear. For example, if you had a chest piece from Normal Tarragrue, I'd expect you would have to kill Heroic Terragrue at least once before you could upgrade it. This would preserve the traditional raid system of not getting loot from bosses you haven't killed as well.

Alternatively, they could implement a system where players could buy gear from a vendor instead. If they went this way with things, though, Blizzard would probably add another currency so players couldn't get all of the raid gear without ever actually stepping into a raid. If they went this direction with things, I'd expect it to be more of a token system than a currency you earn for every boss you kill. Either way, I hope they don't go with this type of system. Firstly, I REALLY do not want yet another currency to worry about earning. Secondly, having lived through all of the previous badge systems, I'm not too fond of the thought of this coming back. Getting tokens to take to a vendor was annoying, and earning a currency to buy all the gear I want would also be pretty dull. I would prefer extending Valor to the raid and having to get kills to unlock upgrading options. 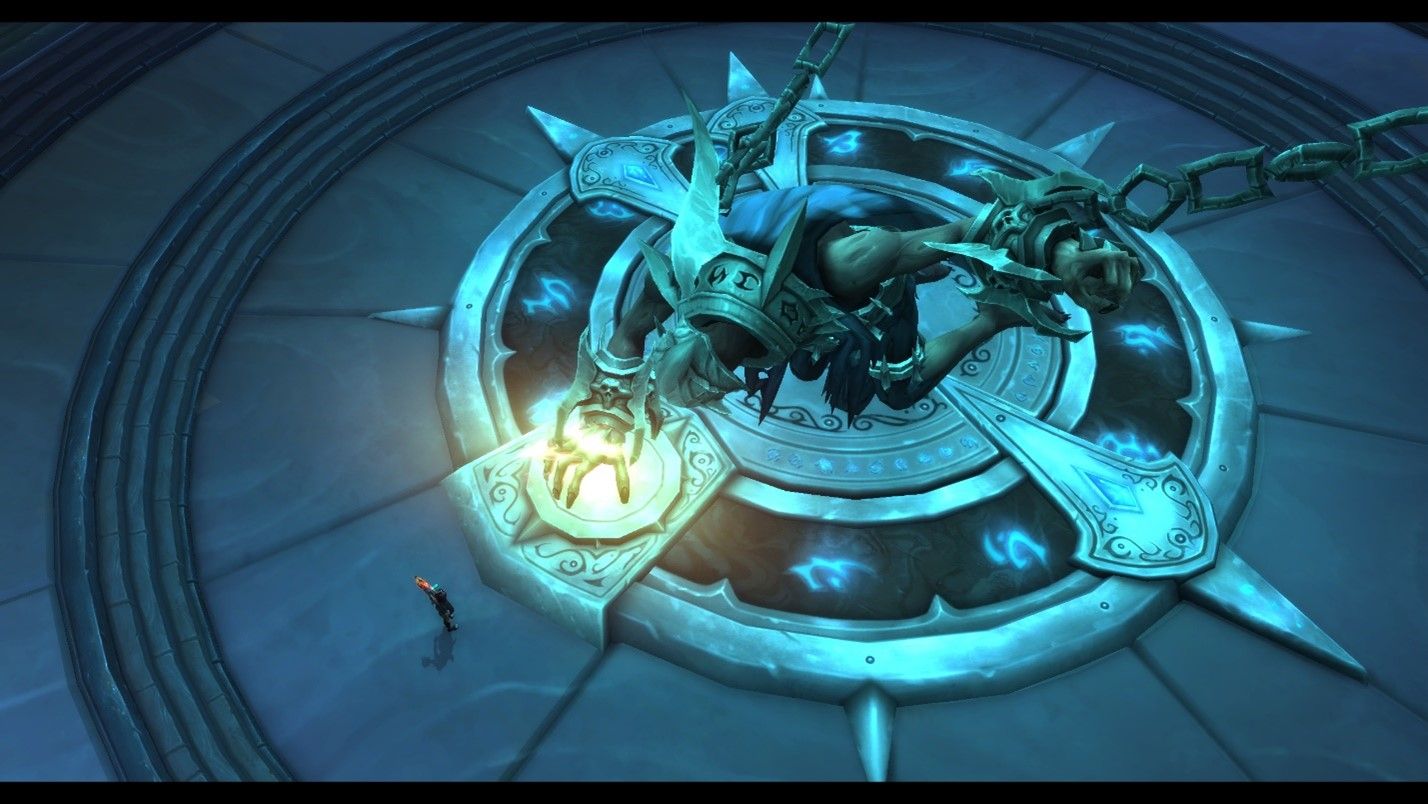 I had hoped some of the changes to the Necrolord abilities in 9.0.5 would help close the gap between the other covenants, but it's barely made any difference at all. On February 19th, 15.77% of characters had chosen Necrolords, and as of March 20th, that percentage is at 15.91%. One reason is for a lot of roles and classes, the Soulbind abilities are lackluster. For example, from a raiding tank's perspective, the best option seems to be Bonesmith Heirmir, but the best part of his tree is Forgeborne Reveries, which allows a player to keep fighting after dying. Since you get to keep doing things after you die, that seems to be better than the Night Fae wildseed, during which the player can't do anything at all. However, you do 50% less healing and damage during this time, and you can't be healed, which severely limits the usefulness. The rest of his abilities are even less helpful. Contrast that Korayn's tree for the Night Fae, I get increased damage on targets above 75% health, and whenever I'm in front of my target, I take 3% reduced damage from it. Necrolords need a more fundamental redo than the other covenants as it seems like Death Knights and Shamans are the only classes with any significant portion of their populations. Every other class has less than 25% of the class choosing Necrolord.

Sanctum of Domination is confirmed to be another ten-boss raid, and I'm hoping we get the same skip setup as we have for Castle Nathria. Having the ability to skip to the last three bosses of a raid difficulty is a massive help for guilds trying to progress in the next difficulty. Since the last bosses often drop higher ilvl gear, not forcing raids to spend time killing bosses they've more than likely farmed out to get further cracks at the end bosses is a huge help. I have no reason to believe we won't get the skip, but I just wanted to state that if we didn't, that would be a frustrating change for many raid teams.

5. Sylvanas Redemption… or Not

The last bunch of cutscenes we've gotten has seemed to indicate Sylvanas might be having second thoughts about the deal she made, and I really want to know what she was going to tell Anduin before she cut herself off that one time. However, there are two things I do not want to see with her. I don't want a "Sylvanas was a good guy all along, and she did what she did to get us here to take down the Jailer" hand-wavey crap. There's nothing she could do to help us that would undo all the terrible she has done, and one good act at the last won't undo any of that. I also really don't want her to be broken and defeated. Basically, I hope she's either defiant to the last or realizes she made a huge mistake but also realizes what she's done is unforgivable. If she admits she made terrible choices and was wrong and helps us with no hope of helping herself, that's pretty much the only way I'd be able to tolerate a "redemption" arc for her.

Those are my main thoughts and hopes for 9.1. What do you hope to see? Are there any changes which you don't want to see?