After a year that seemed like it was somehow ten years and ten days simultaneously, we are finally about to head into World of Warfract: Shadowlands. There’s one more week of the pre-patch left, and then a new dawn will rise for both the Alliance and Horde. But how’s the pre-patch going so far? If you haven’t participated in the pre-patch event or have only done some of it so far, there will be some spoilers here.

The pre-patch starts with a bang when we witness Thrall, Jaina, Baine, Anduin, and Tyrande each notice something weird with the clouds before it’s revealed that beings from the Maw were sent to abduct them. The cutscene is well done and brings a real sense of foreboding, but I was a little surprised that Anduin is the only one we see taken away. This was most noticeable when I did the questline on my Horde Demon Hunter. It makes sense as Alliance because Greymane is supposedly telling us about what happened, and he was there with Anduin when he was taken. For Horde, it feels like a missed opportunity that we didn’t go to Mayla and then see Baine taken away rather than Anduin. 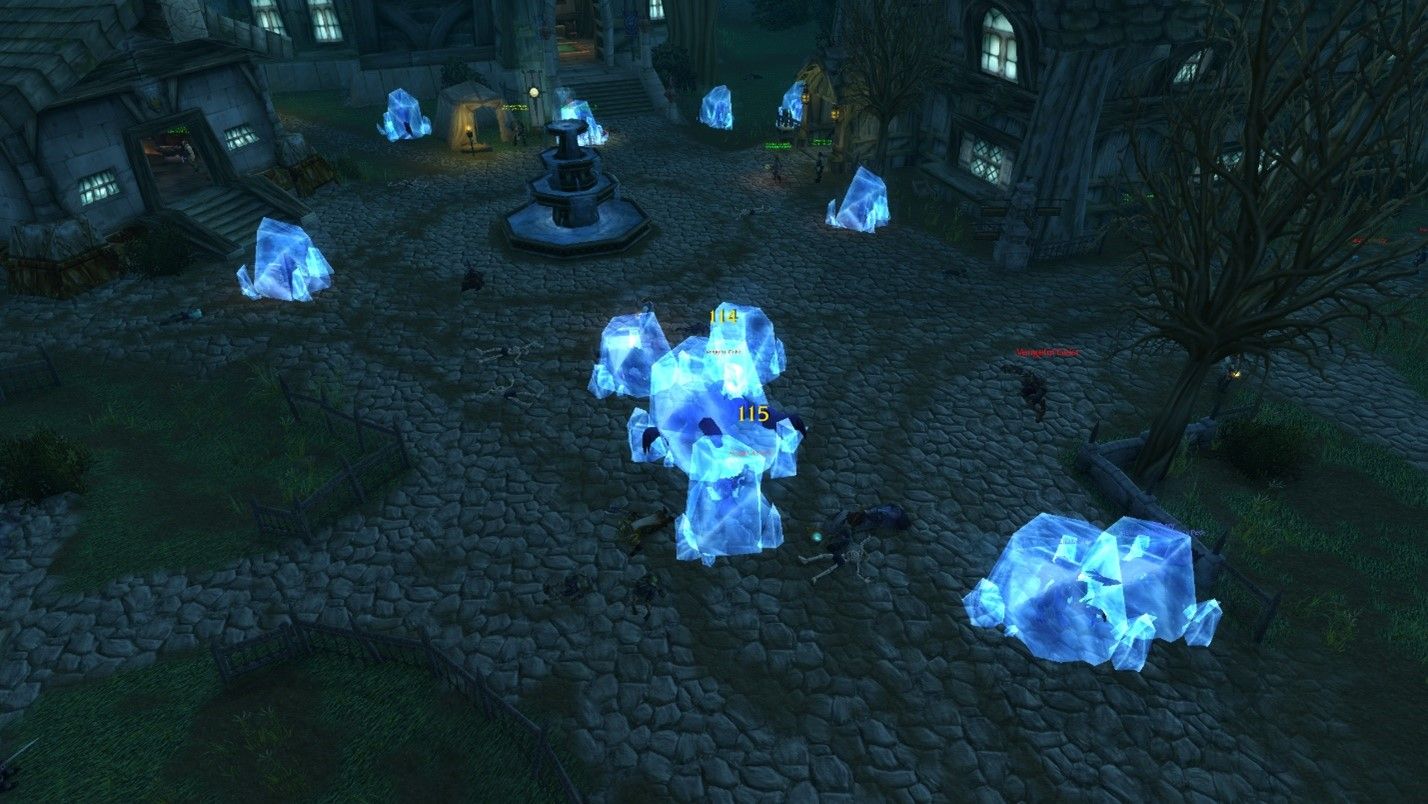 After the initial intro to “oh look, some crazy shit has gone down,” there’s a small questline where we travel to nearby areas. Through these quests, we learn that along with the helm of domination and the veil breaking, the scourge has also started to run amok. One big difference here than on the PTR is the zombie invasion, the part where players become zombies and can infect other players, hasn’t been active this first week. As much as not having that available from the beginning reduced how bad the scourge invasion feels, it was probably the right choice to delay it a week. This gives players who wish to do the questlines for the pre-patch but don’t want to be infected or infect others the ability to do so. It also gave those players time to get the broomsticks to clear away the infection as well.

All that said, as much as I disliked the zombie invasion back in Wrath and expect I’ll be equally frustrated by the 2.0 version, I hope this coming week will be utter mayhem with it. It would be fitting to head into Shadowlands with the undead utterly rocking the world we’ve left behind, even if it makes the second half of the questline challenging to do. I can’t help but wonder what will happen to Azeroth while we’re in the Shadowlands? The helm will still be broken, and unless the next set of quests lead us to find some way to control them again, we’ll be leaving behind a world being overrun by undead for an undetermined amount of time, which could have dire consequences for when we return. Of course, we could solve all that in the second week of the pre-patch event, but that’d be disappointing.

One thing I was delighted to see in the pre-patch event was the Nathanos fight. I had hoped he would meet his end in the Shadows Rising book (the events of which occur before the pre-patch events); however, he’s slimy. Getting to see this play out in-game was much better. However, I would watch the cutscene at the end of the fight out of the game as it’s relatively long but worth watching. When I watched it in-game, by the time it finished, the next Nathanos fight had started, and I was stuck in combat. There is a part of me that kind of wishes we could have just locked him up somewhere forever, but locking people up “forever” seems to be where we often find trouble, so it’s probably better this way. Also, there is a distinct possibility that things won’t play out the way he thinks they will after death. That would be awesome.

The last bit of the pre-patch that’s already out, though, is Icecrown and the rare rotation. There are generally about three dailies each day that yield the currency for the pre-patch rewards. In addition, every twenty minutes, a new rare (which is a boss from previous Northrend dungeons/raids) and they have their loot table updated with new versions of rewards they had originally. This includes Bronjahm, who drops the only 34 slot bag you can get without paying 500,000 gold. These rares also drop Darkened Scourgestones, which can be turned in for more of the event currency. A full rotation of the bosses takes 6 hours and 40 minutes, so most people will have to try the various throughout the week rather than logging on for an entire rotation at once. 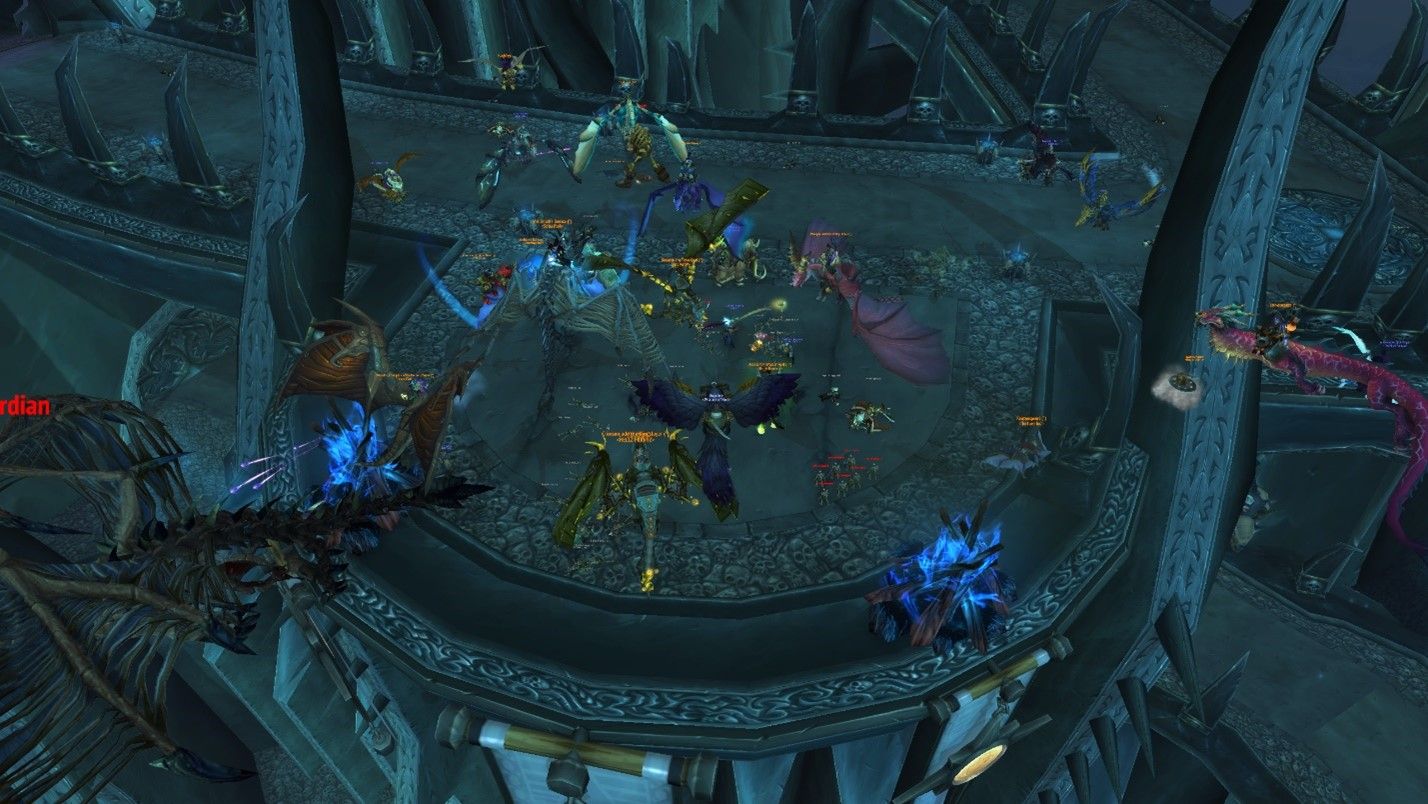 Overall, I like the spawning of these bosses, and I like that they are on a predictable rotation, which makes targeting specific ones a bit easier. Additionally, it is fantastic that once they spawn, there’s a two-minute timer before they activate, and you can attack them. This gives players time to get to them before the players who are just camping the spawn points kill them. Players have also been super helpful and posting map pins for the next rare on the list, which has been fantastic to see. However, I wish there were more dailies to do each day. It’s weird for me to ask for more dailies, but it takes less than twenty minutes to do the ones we have. Usually, this would be good; however, it means I’m quickly reduced to just waiting for each spawn until I get too bored with it. It’d be nice to have some more things to fill in the waiting a bit.

While this pre-patch event seems to be lacking some of the excitement of others (this is also not a good event for leveling alts), I am having fun with it. I hope the next week ups the mayhem a bit, and there’ll be some exciting surprises. How have you been enjoying this event?

*Update: After writing Blizzard has since updated the spawn time of the rares to ten minutes rather than 20 minutes it was previously. Also, the second half of the even questline is now live and it has also added more dailies.