In the last few weeks, we’ve seen the Shadowlands pre-patch hit the PTR, and on the beta, not only is the full leveling experience for the expansion available, but there is also a server for creating max level characters to test end game content. Additionally, more voice overs and work in progress cutscenes have been implemented, and there’s been some attention given to class changes. All of these things point towards us, moving quickly towards the launch date of Shadowlands. Of course, since we still don’t have a known launch date other than “Fall,” it’s probably not imminent. Nonetheless, it’s time to start focusing on any tasks you want to finish before the end of BfA.

For many, focusing on getting the things that will go away with pre-patch/Shadowlands will probably be the most important. Two of the harder things to get done will be the Ahead of the Curve and Cutting Edge achievements. These are harder than most because they are raid achievements. While for most people getting Cutting Edge will likely be out of the cards, Ahead of the Curve is more doable. There are still Heroic pug groups that are often posting looking for fills in their standard raid groups. Of course, you’ll want to familiarize yourself with the fight ahead of time and be prepared for a lot of wipes. N’zoth may not be the hardest fight in this expansion, but there is a lot to it.

On the more accessible side of things, especially if you’ve kept up your gear ilvl and/or have some good corruptions, another activity worth doing before Shadowlands is the Brawler’s Guild. At this point, a lot of the fights can be handled with pure brute-force, though there are a few which can still instant kill players with specific mechanics. Plus, there’s a cool crocodile mount for doing the questline, which is seriously highly amusing and fun. One thing I enjoyed about working on the Brawler’s guild this time around is every time I was working on it, there were always a bunch of people there working on it as well. Everyone was having a lot of fun and helping each other with tips and just generally being excellent to each other. Plus, rumbles are a TON of fun with a bunch of people. Although, Stranglethorn Streak can diaf. 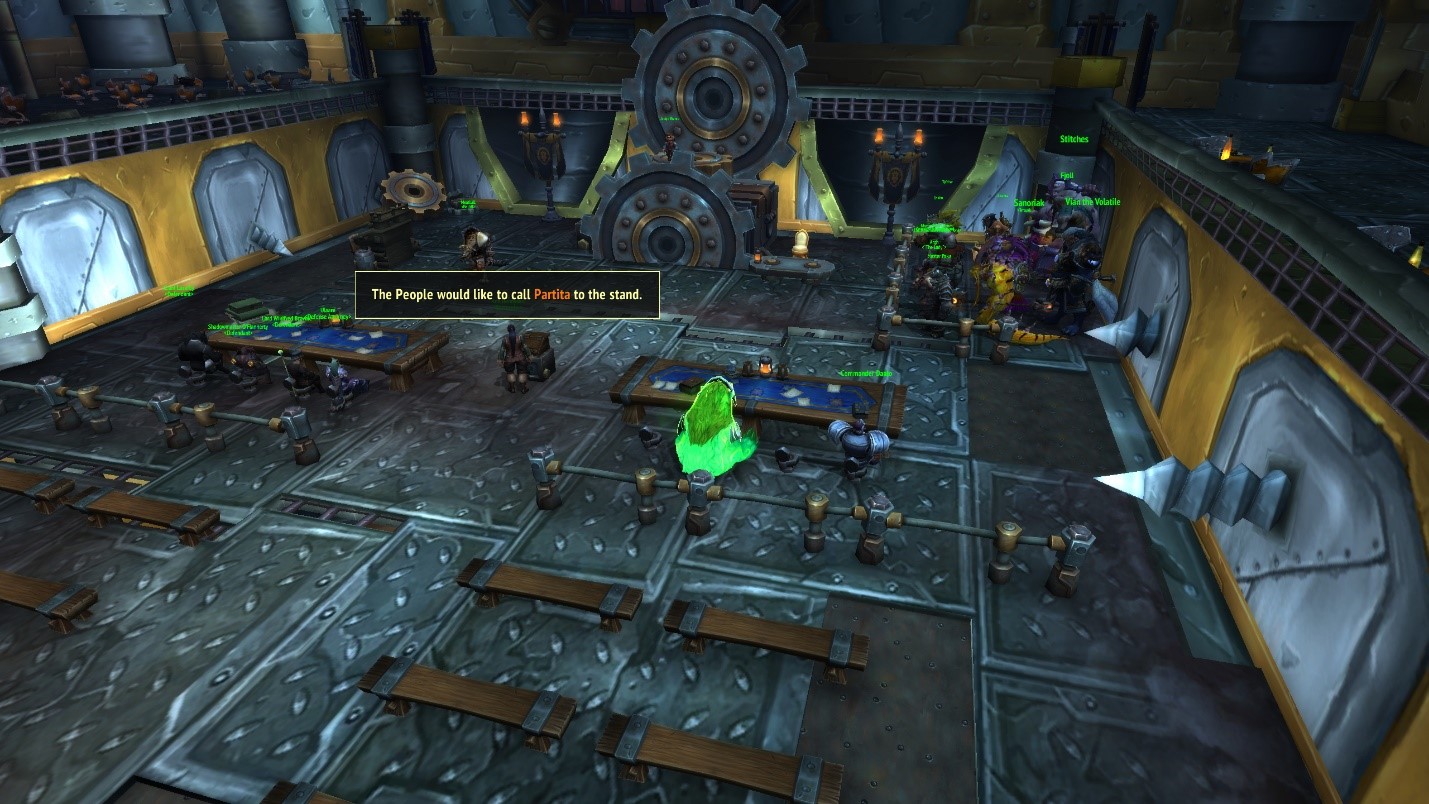 One “before the pre-patch” activity I’m not partaking in is getting the Caravan Brutosaur mount. For anyone not familiar with this mount, he’s a giant green longneck dino, who carries a mobile AH with him wherever he goes. It’s honestly pretty handy if you use the AH at all and would rather not have to go back to cities all the time. It’s an awesome mount, and I’d love to have it, but I have never enjoyed playing WoW with a “gotta make gold” mindset. I don’t like farming the AH or, in general, farming things to sell. It’s just not my jam. As such, I’ve never had even 1 million gold let along the t5 million needed for the Brutosaur. On the upside, it will be obtainable from the Black Market Auction House, so there’s still some hope. Right?

I’ve also been working on the Two Sides to Every Tale achievement; I don’t think it’s going away with Shadowlands or anything, though. I know, for me, going back and doing things in old expansions is not something I usually do. If I’m ever at the point of considering going back to past expansions, then I generally switch to a different game instead. However, I have run into an interesting problem with this achievement, which has highlighted how remarkable the change in delineating main quests in Shadowlands is. I boosted my Horde character because she was still early in Legion, and I didn’t want to level through that as well. I was able to get through the War Campaign quickly as all of those quests were very clearly marked. Getting Zandalar Forever done has been more of a pain, though, because it’s hard to know which quests count and which are just side quests. This one might be easier after pre-patch hits.

With so many things either going away with pre-patch/Shadowlands launch, what is everyone else focusing on getting done first? Anyone trying to get piles of gold for that Brutosaur?