For anyone who hasn’t been very active in World of Warcraft since the 8.3 patch, corruption is a new buff gear can randomly have on it. These buffs have a wide variety of effects from stat buffs to proc effects, which sometimes can significantly increase a person’s damage done. It’s counterbalanced by the fact the amount of corruption a player stacks up the more negative effects they become subject to, and those adverse effects become stronger as well. The concept is balancing risk vs. reward, which generally makes for an interesting and fun system, but it has floundered in a few key points. Blizzard did try to help recently but in just about the smallest way possible. So, let’s take a bit of a closer look at corruption and what works and what doesn’t.

One of the more significant frustrations with corruption early on was while leveling up my cloak,  I would often get gear, which would be an upgrade, but I couldn’t use it because it had too much corruption on it. Cleansing was an option, but if you happened to get a corruption that was good for your spec, cleansing that piece of gear felt terrible because you had no idea if you’d get that corruption drop again. As a result of this, I ended up holding onto equipment with corruption for when I could use it, only to then, in the meantime, get higher level gear without corruption. Then there was the debate of “do I use lower ilvl gear with the corruption or higher ilvl gear.” 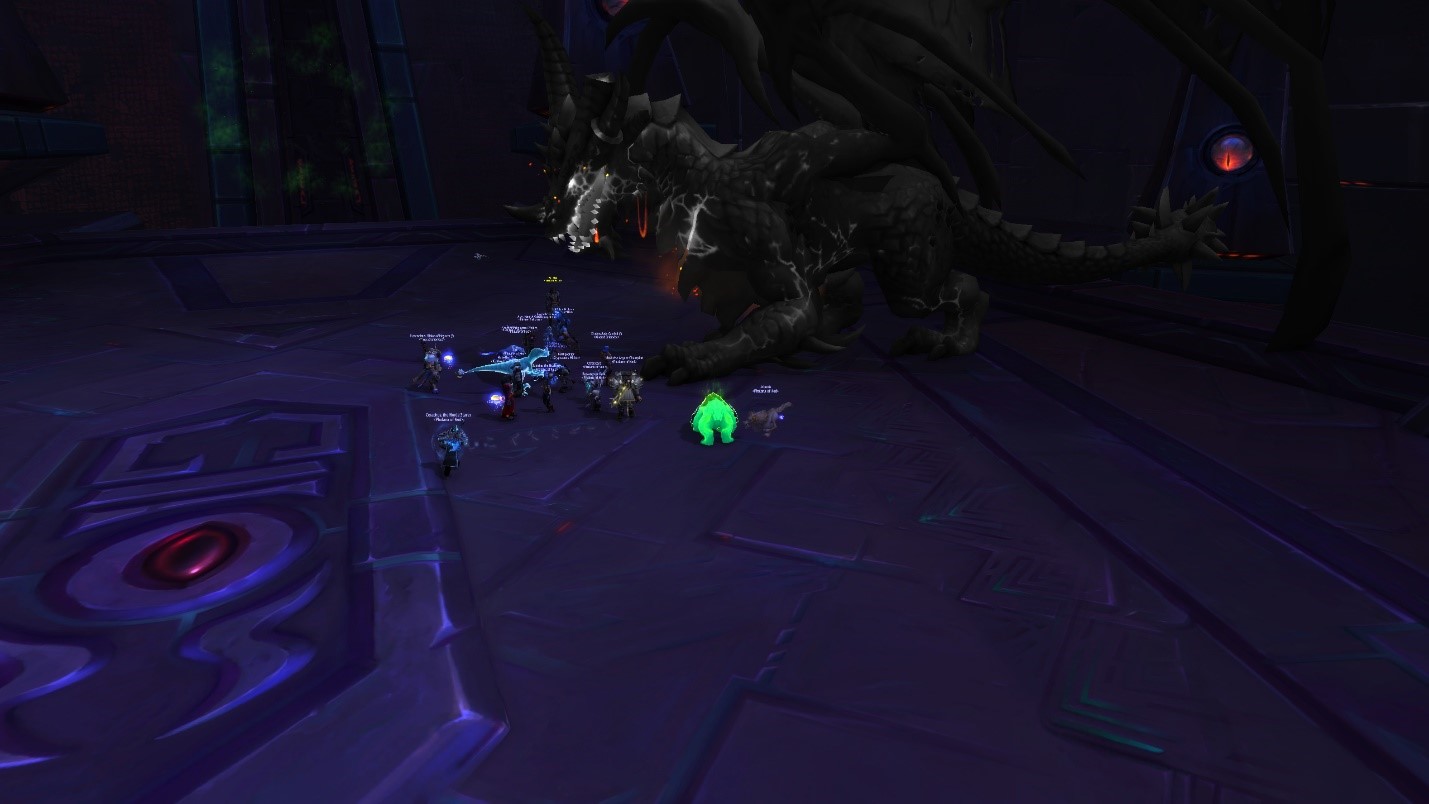 Now that the time gating has been lifted and the rate at which players can earn the coalescing visions to buy their keys has been increased, leveling up the cloak at this point is less of an issue. So, in some respects, this issue has mostly been resolved. It’ll still crop up for anyone who happens to be lucky with corruption drops, though. Also, once a player starts doing mask runs and Mythic+, which gives guaranteed corruption drops, it becomes more likely they will find themselves with gear they are carrying around but can’t use.

Of course, players still have to do the dailies to earn those coalescing visions, which is another issue. I don’t like being forced to do content I don’t enjoy being able to perform well in the content I do enjoy. This is what has me worried about Torghast as well. I hate dailies. World quests were slightly better because I feel less pressured to do them every day. Only doing dailies because I wanted to do horrific visions and because I needed to level up my cloak, made me want to do dailies even less. It’s probably just my rebellious spirit, but this set-up is a sure way to cause disengagement for me asap. Early in the patch, I would want to go back to the Horrific Vision more often, but I had already exhausted the number of keys I could get that week, which was disappointing. 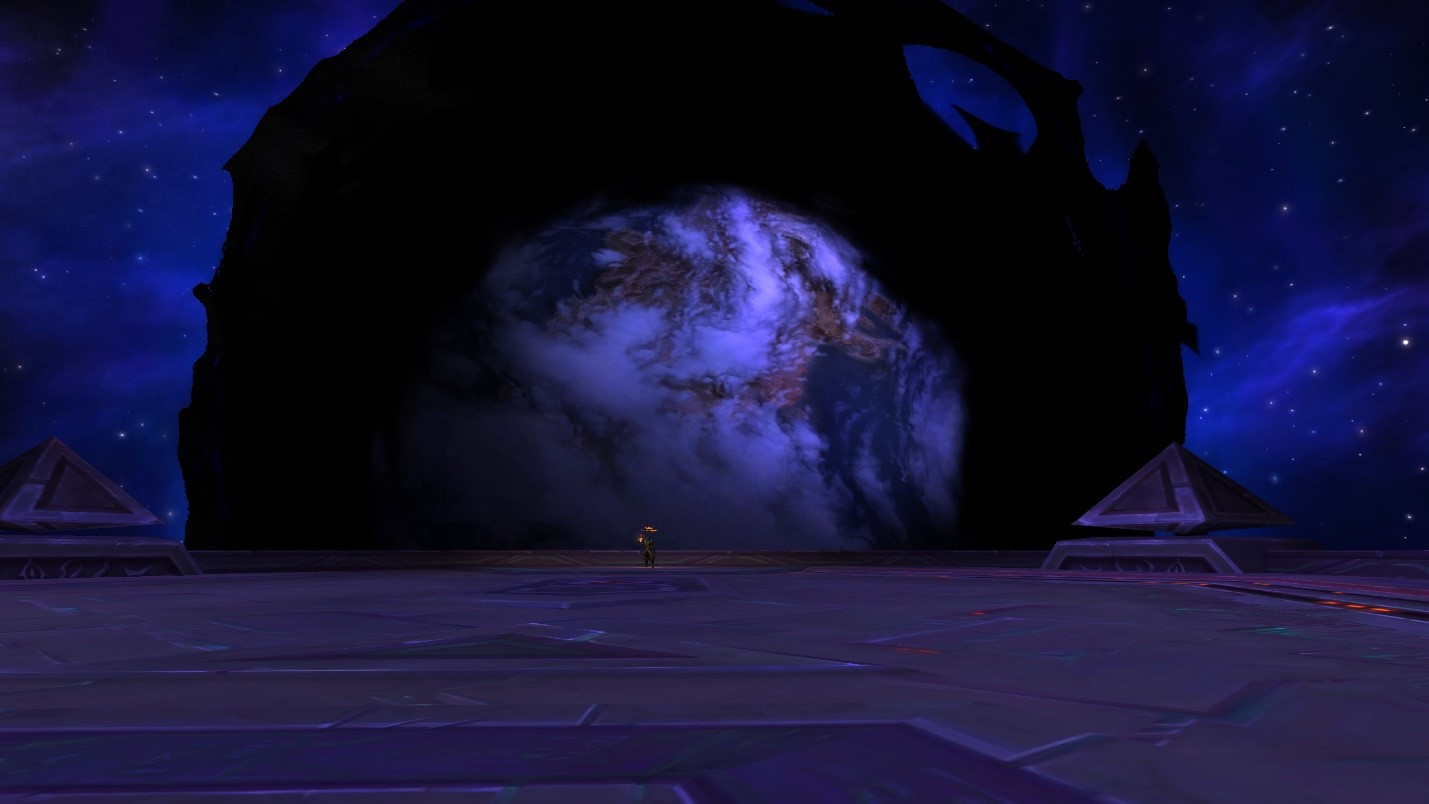 Corruption is also incredibly unbalancing for a lot of specs, but especially for DPS. There are naturally certain corruptions, which are the best option because balancing everything is difficult. The easy way to balance them is to set a cap of how much damage they can all do, but that runs the risk of the corruptions being boring. As it currently is now, the gulf between the players who have good corruptions and those who do not is vast. It gets even more frustrating when you consider proc corruptions like Twilight Devastation. Having a bad streak of TD procing at the wrong time feels pretty terrible. Especially when you know if it had waited for a second longer, it would have been perfect. Having so much of our character’s performance out of our hands feels like a regression.

In an attempt to reduce the influence of RNG corruption drops, Blizzard recently introduced the ability to buy specific corruptions from Mother in the Heart Chamber. However, this positive choice was immediately hampered by a few other choices. First of all, we use the echoes of ny’alotha to purchase these corruptions. The problem with this is any player who had earned all of their Tier 3 essences for their class wouldn’t have echoes dropping for them previously. Afterall, echoes were supposed to be only used for purchasing essences. 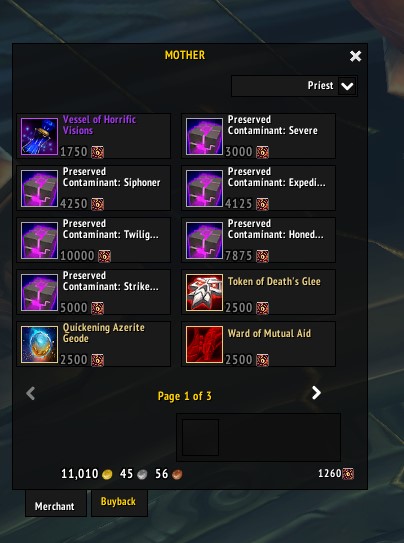 To mitigate this problem, Blizzard increased the drop rate of the echoes by five and increased the cost of everything by five as well. This helped to reduce the leg up some players would have had if they had been collecting the echos but not spending them much. Generally, I don’t like the addition of new currencies and pretty much always prefer we use what we already have. We’re already at ten currencies for BfA, which is honestly a bit insane. Nonetheless, creating a new currency to buy corruptions would probably have been the better choice here. Regardless of the increase in drop rate and cost, some people did have an advantage when the vendor first opened up. The downside of a new currency is this update would likely have taken longer to roll out, which would have meant everyone was stuck dealing with all the RNG for that much longer.

Of course, there’s another reason having a leg up on the echoes is a big deal. Rather than having a vendor with all the corruptions available all the time, we get only six available at any one time. What the vendor has resets during the weekly reset and when the minor assault switches. So, in one week, there will be twelve different corruptions available. If you are looking for a particular corruption, you have no idea how long you’ll have to wait for it to show up. Plus, if the corruption you want shows up when you don’t have the echoes for it, that’s just another disappointment, and you’ll have to wait for a while for it to come back around again at the tier level you want. 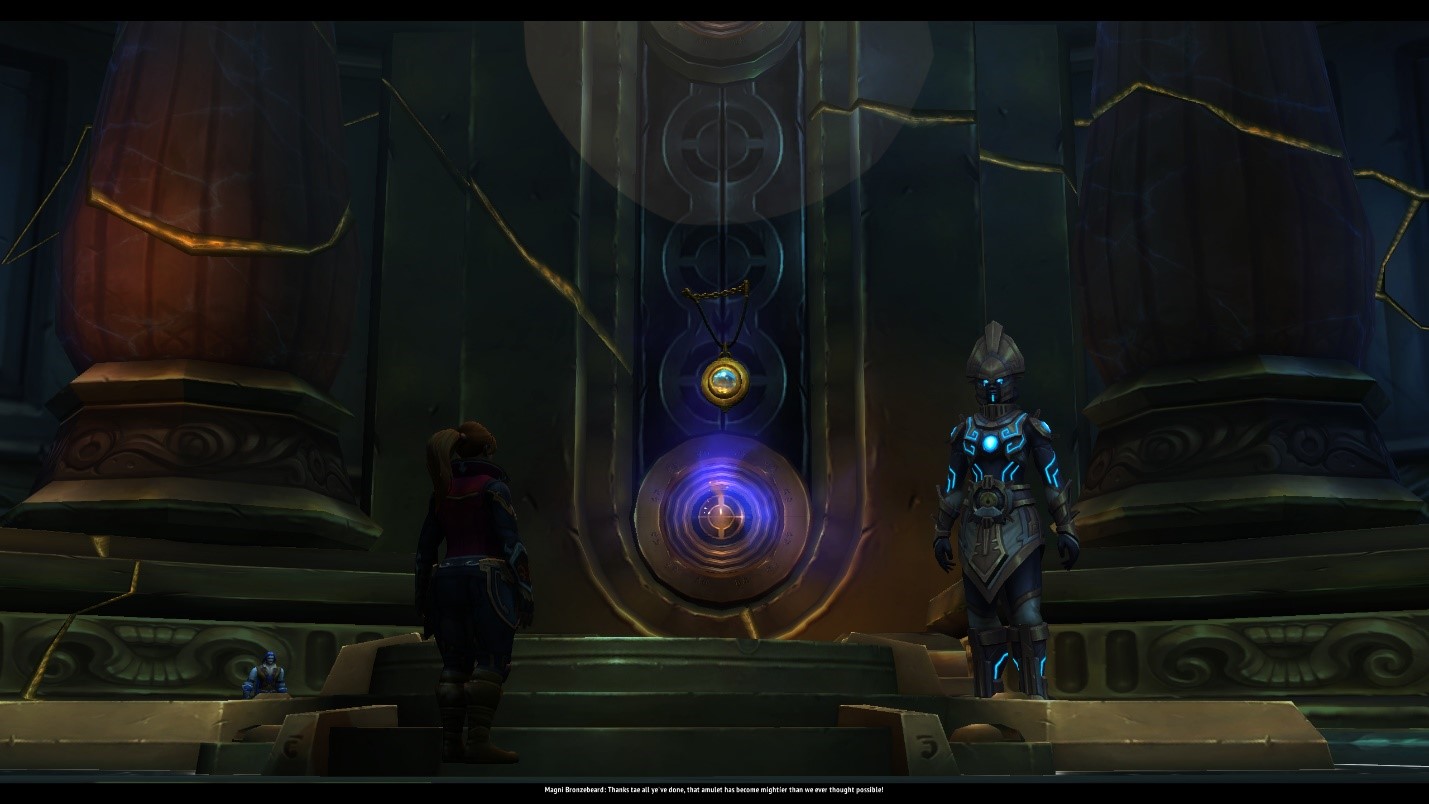 I do actually like some things about corruption. I like the cool effect it puts on the character models and that the effect changes depending on how much corruption you have. Like I mentioned before, it feels terrific when I get good Twilight Dev procs. Not only is it a cool animation, but it also does significant damage to things. Those are the only things I enjoy about it, though. There’s just too much RNG, and everything is too unbalanced. I miss the old idea of player choice making the difference of how well a character performs, not luck.