After weeks of seeing reports about alpha builds behind the scenes, Blizzard put out a statement on Monday saying the first rounds of invites to the closed alpha for Shadowlands will be going out this week. Additionally, Ion Hozzikotas also took to Twitter to say they originally had planned to start alpha before now and were going to announce it via video. But as everyone is well aware, life is not quite what it was a month ago. However, the news post does give us a sneak peek into what we can expect in this first round of closed alpha. Oh, also, I’d be remiss if I didn’t point out Taliesin was right.

It wasn’t at all surprising to me that one of the first things available on the alpha is the full level-up experience in Bastion. Since this is the zone that was on display at BlizzCon, it honestly just makes sense to start here as it’s likely this is a zone that is probably one of the furthest along in development. I’m also curious to see how much this zone’s experience has expanded since BlizzCon. Since both Legion and Shadowlands have four zones designated as leveling, I’d expect each zone in Shadowlands to be comparable in the amount of storyline/quests available when all is said and done. Additionally, I’m still holding onto my theory that it was one of the Kyrians who sent Vol’jin’s spirit back. 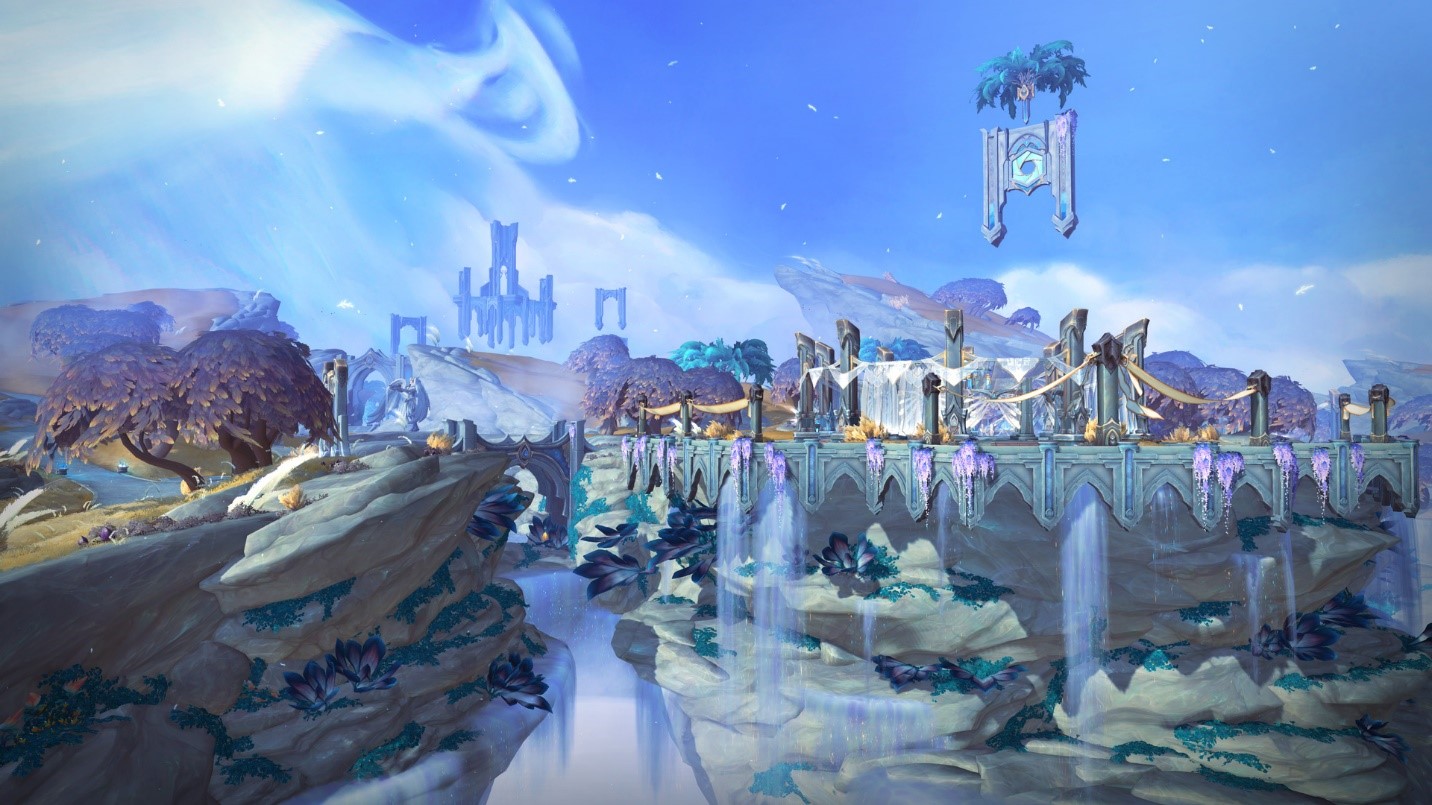 As much as I’m looking forward to checking out the full Bastion leveling experience, I am more excited about the Alliance version of the new starting zone and tutorial. I’ve always been extremely hit or miss with alts in WoW, but I am hopeful the new zone will help fix a lot of the various issues/confusion which come up while leveling a new character. I’m also interested to see how this area will balance a character’s race identity with offering a more unified experience for their corresponding faction. One nice thing about the current separate starting areas is it helps flesh out what makes each group unique before bringing everyone together in their faction. I know existing players will get to choose between the old and new experiences, but it’s probably more important for new players to experience what makes their race unique and how they fit in with their faction.

Players will also get their first look at the revamped classes when the closed alpha goes live. All classes have had changes to their spellbooks and talents, while others also have had changes to their resources. If you recall, one of the things they talked about during BlizzCon was how in some ways, they might have gone too far in pruning skills away from classes, and they were looking at adding back some more of the more unique class abilities. In particular, they are interested in seeing if maybe there are some abilities they brought back that players feel like were a mistake. I can’t wait to see how all of the class changes vary throughout the alpha and beta. Hopefully, there will be more room for iteration and discussion about the classes than there was going into BfA.

Related to class design, I’m also really looking forward to how the design philosophies of “player agency and empowering choices” will evolve throughout alpha and beta. Especially considering in the current raiding/dungeon scene how well a player does often has nothing to do with the choices the player made, but rather how lucky they have been with corruption drops and procs. Knowing I could make all the right choices and still not perform as well as someone else based on rng is disheartening.

Blizzard also posted the various covenant signature abilities and class abilities. The signature abilities are impressive overall, and I can see how the Venthyr one could be utilized in Torghast only to allow access to certain areas if someone in the party has that covenant. However, I love the concept of Soulshape, which is attained from forming a covenant with the Night Fae. Soulshape allows the player to turn into a Vulpin for a short time, which also increases movement speed. A second activation will also teleport the player forward. Personally, since I’m stuck playing Alliance, this sounds amazing to me because I can’t be a Vulpin, and they can’t be druids anyway. But the movement speed and short teleport could be handy too. Various other cosmetic looks can be unlocked through gameplay as well. I was already pretty sure I’d want to go Night Fae, but this makes it even more appealing to me. 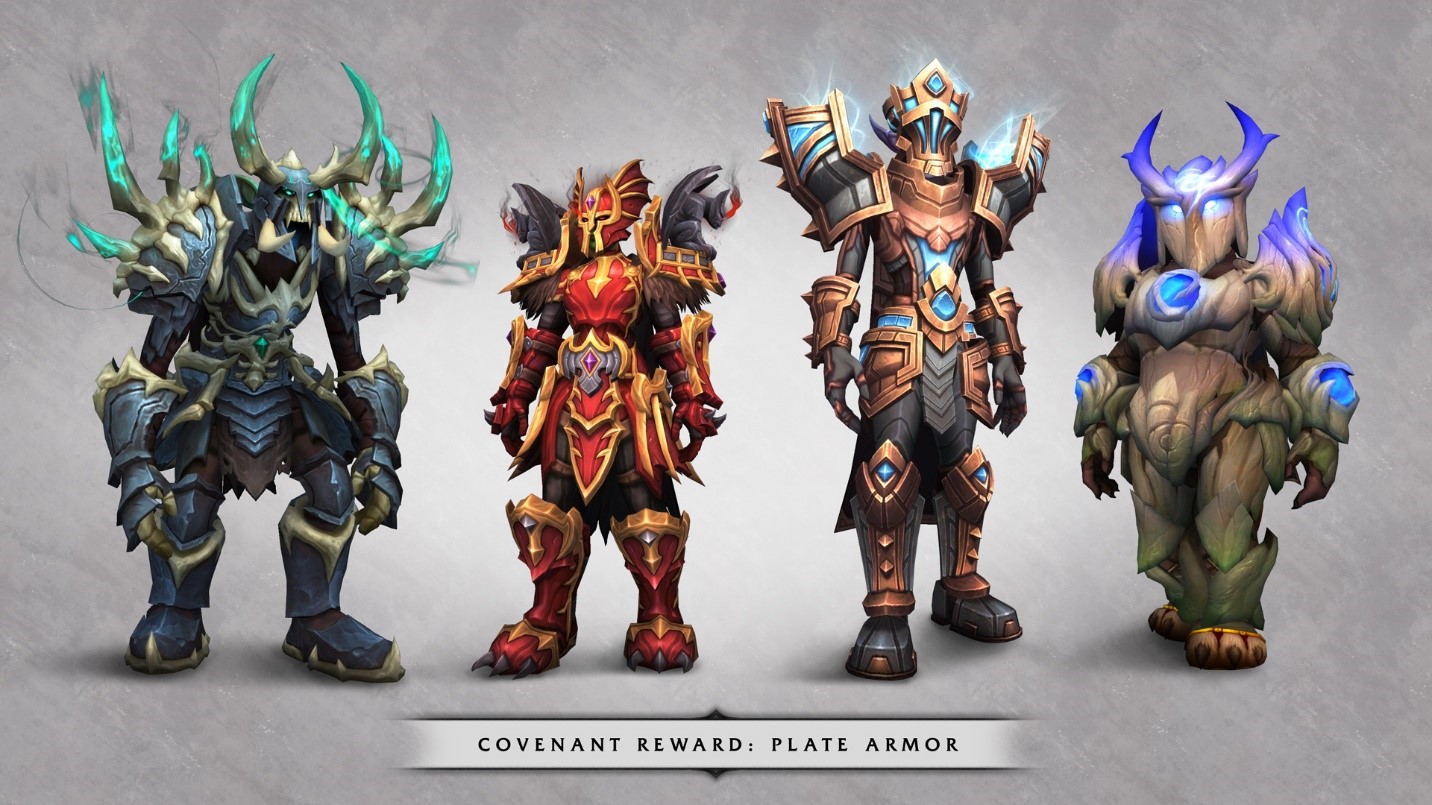 If you don’t get an invite this week don’t despair, Blizzard did say they are going to keep the group relatively small to start with. The first batch of invitations is planned to go out to long time WoW players who have active accounts in good standing, Blizzard friends and families, and a limited number of content creators and journalists. However, it’s also clear they won’t be inviting everyone who fits into those categories right away. There will be multiple invite waves throughout alpha and beta. The best thing you can do is make sure you have opted into the beta on your account. Either way though it’s exciting to finally get to the part of development where players can participate.