In the grand scheme of MMOs, you sometimes have balance changes when things get out of line, or to bring other spells/skills/items etc. up to par with other offerings within the game. Sometimes, though, a game maay shift several major systems within the game, and that is exactly what is happening within the realm of Wizard101. With the current testing of the summer update in the Test Realm, we’ve gotten our hands on the first major batch of spell changes - with promises for even more changes to come! Let’s take a look at what is here and what is to come. 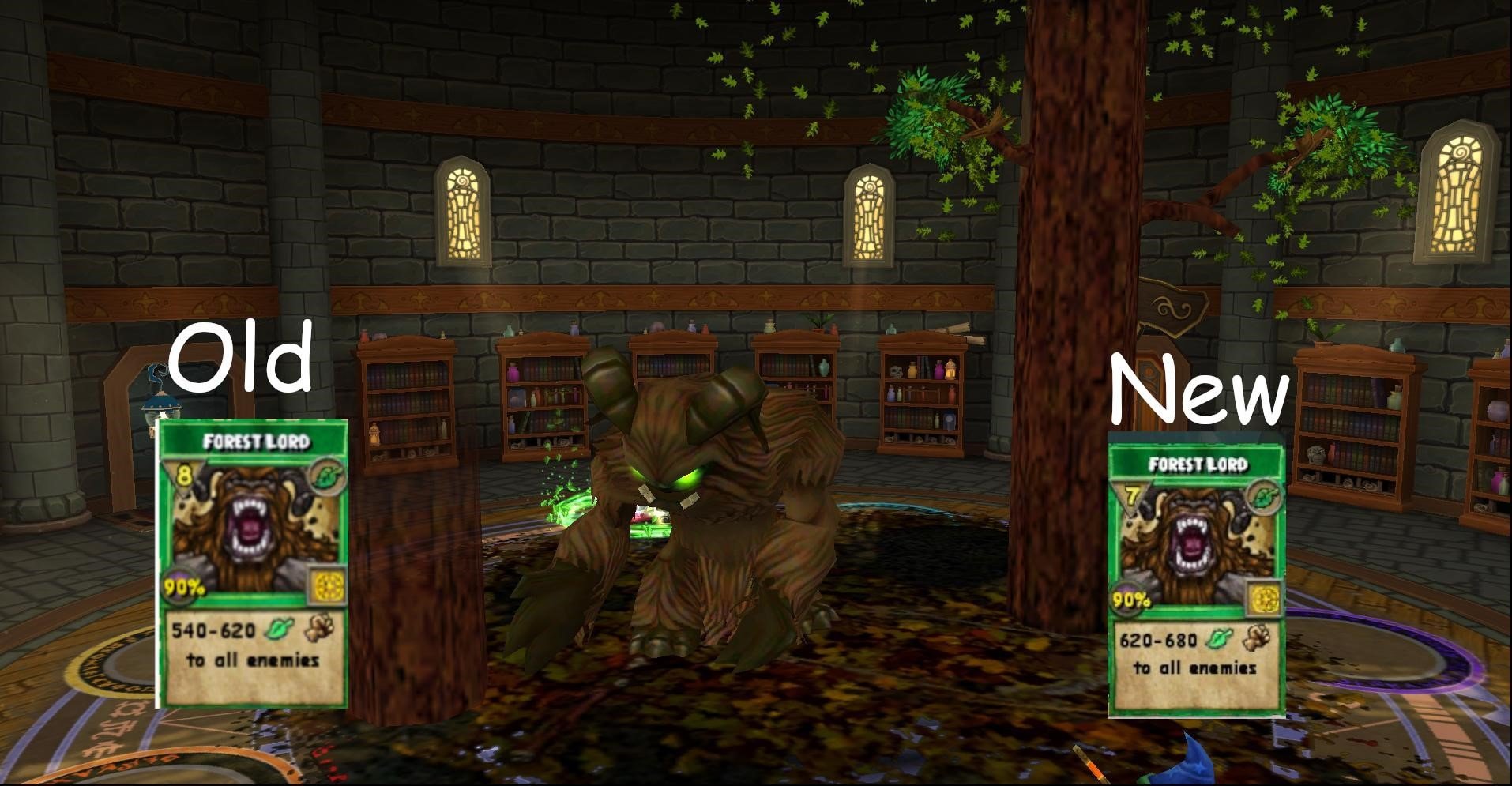 We have spell changes - and boy, do we have a bunch! Every school has had multiple spells changed, and some have been entirely reworked into different versions of what currently exists. For example, myth wizards will finally rejoice as they finally have a viable AoE for the earlier levels - as Orthrus is now an AoE! Some other major changes have happened to the life school - where two spells have had their pip costs changed! Wizard101 is trying to implement that every school has a good AoE (area of effect) hit by the time they generally finish the first arc, or level 50! In order to do this, they have gone ahead and swapped Forest Lord to 7 pips and Rebirth to 8 pips. So, if you’re questing up a life wizard after this update hits, the respective quests to unlock these spells could potentially be swapped, so watch out for that. 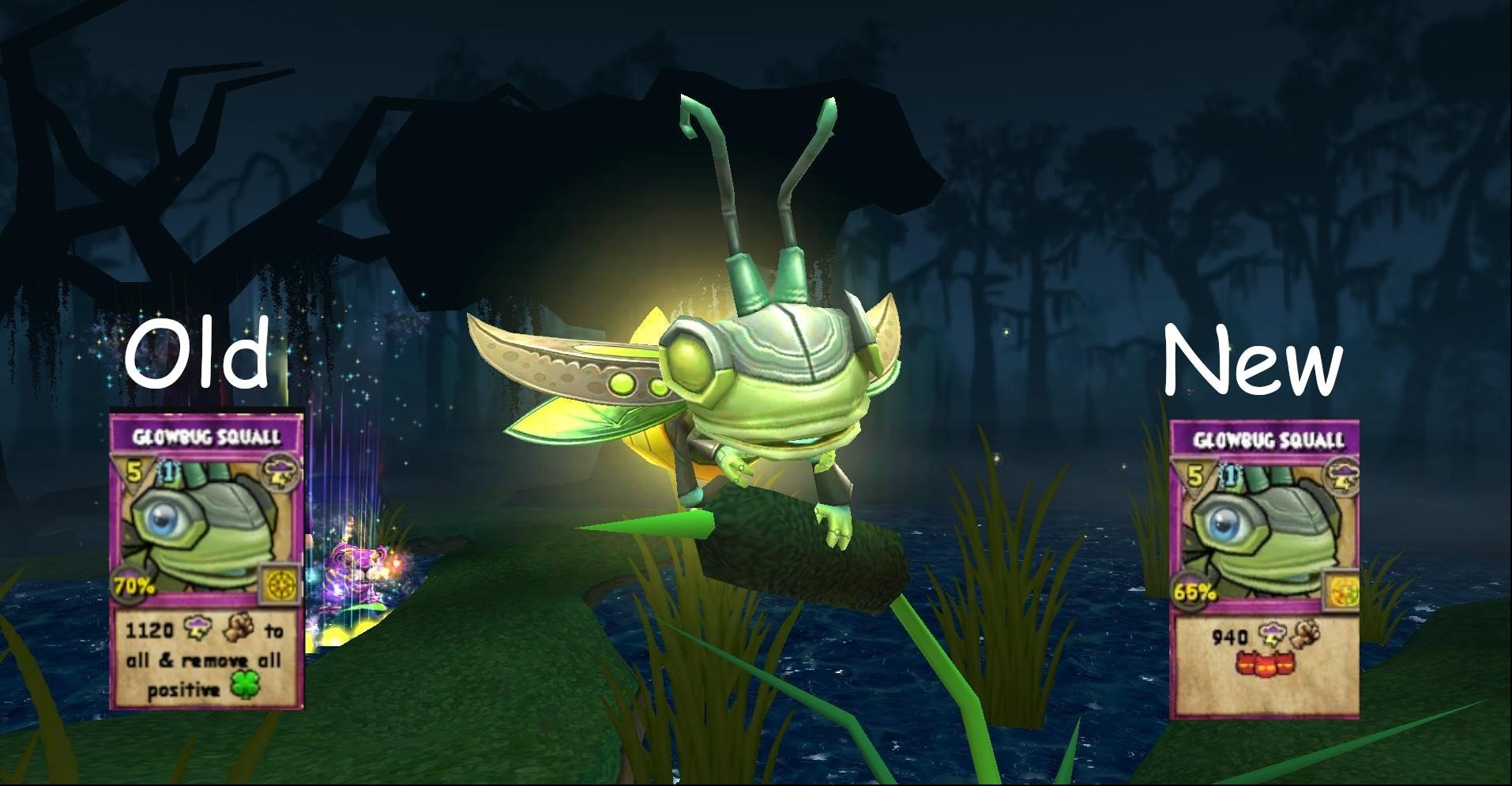 The shadow-infused hits have all been hit as well, as they generally were tuned too strong for their cost. Many of the spells have had their utility scaled back, or entirely removed. Storm wizards have felt this hard, as Glowbug Squall has been hit pretty hard - with a major reduction in damage and all of the utility in its full blade removal now no more. The ice and life schools have seen a reduction in the shields values of their respective hits, Weaver and Caterpillar. Alongside that, the shadow pip system has been reworked to where each wizard now has a flat rating of shadow pip chance, as before it was extremely random and unclear just how often you were getting shadow pips. A final note on changes is that, to compensate, the game has received a widespread cut of enemies health totals, starting around the beginning of Arc 2 (Celestia) and does include side areas like Darkmoor and The Catacombs!

If you thought this was all the changes we’d be getting - it appears this is just the tip of the balance-berg! In a recent dev post, it has been revealed that in a later update to come, they will be tackling the earlier spells, as well as some exclusive spells (Lore pack spells, treasure card exclusive spells). Not only that, but it was also confirmed that a stat and gear rebalance will be coming our way too. With all these changes incoming, the spiral will sure be looking quite different! Now, with all of the specifics out of the way, let’s look into the reasons behind these massive changes to multiple systems within Wizard101.

For quite some time now, the game of Wizard101 has had a major flaw in the balancing department. Running off a % gear system can initially have its upsides, but there comes a point in which a “stat ceiling” will be hit, and it can no longer be possible to make new gear, or create new spells without breaking an already teetering line. The game also suffers from a widespread problem of class identity. When the game was first released over a decade ago, each class felt unique in what it was offering to the table. Over the years and releases, however, these lines have started to intertwine, and class identity is now a major problem within the spiral. With these updates, we are seeing our first glimpses of them fixing this problem and returning at least some class identity to the game. With the changes to gear and further spell changes to come, we’ll have to see where we fully end up on making each class feel unique and impactful to the game of Wizard101.

This is but only the first puzzle piece in a giant balancing puzzle to come for Wizard101. After all is said and done, I can only imagine that the game will look and play in a much different way than it currently does at the moment. For now, this is a good step, and more importantly, the first step in fixing years of balancing woes to the game and allowing the game to continually introduce more worlds, more spells, more gear, and more memories for us to enjoy for the years to come!