Character creation in MMORPG’s can be a big deal to some people. It’s kind of a strange predicament. You can spend an hour in the character creation screen toiling over a character’s bits and bobbles, but then before you know it, you’ll end up covered head to toe in armor that masks all of your hard work. Still, the necessity to create something that adheres to your own self expression is paramount to connecting with your character. What is your philosophy during character creation?

I love a good character creator. Sometimes I even love quirky character creators. While I may not have a chance to relive the wacky customization and character builds that I created in the universe-building action-strategy evolution game Spore, there are still games out there that provide ample options when it comes to building something that will resonate with me. You see, I’m usually the kind of boring player that builds characters based on my self-image.

That doesn’t sound too exciting, but it falls in line with what I expect to get out of a game that I’m playing. When I start a new game, my first character is almost entirely built in my own image with my own ideals. There is rarely a shortage of average bearded fellas in any game, but in a way, I connect myself to my character through this visage. I may deviate when I create alternate characters, or when I know I’ll be creating a different main character at a later time, but when my character counts, it is almost always built with the understanding that I’m putting myself in my characters shoes.

Interestingly enough, I’ve noticed that other players have the opposite philosophy when building their characters. This past week, I looked over some popular avatars in multiple games, and I’ve put together a short list of how some players create their characters. Do any of the following character creation philosophies jive with you?

The thematic build is, as you may have guessed, a character build that revolves around a particular theme. Maybe it’s a brutish Ork berserker, or a wise old wizard. Many thematic builds follow a specific archetype, usually derived from a piece of lore, mythology, or pop culture. Players who chose this type often do so to take on the part of a particular role, be it through the use of roleplaying, or just simply because it enhances their personal enjoyment to take on the aspects of that particular theme.

Many players these days gravitate towards attractive builds. We are all familiar with these types of characters, as they are built in ways to amp up the sex appeal. Increased bust sizes, bright coloring of the hair and eyes, and skimpy outfits are often mainstays when you’re building a character based on their attractiveness. Players who build characters meant to maximize their attractiveness do so for many reasons. Some may simply want something pleasant to look at while they grind their way to max level. Others may simply want to create a character of their dreams in the fantasy world of their choosing. Either way, there’s no judgement here when you create a character based on attractive qualities. 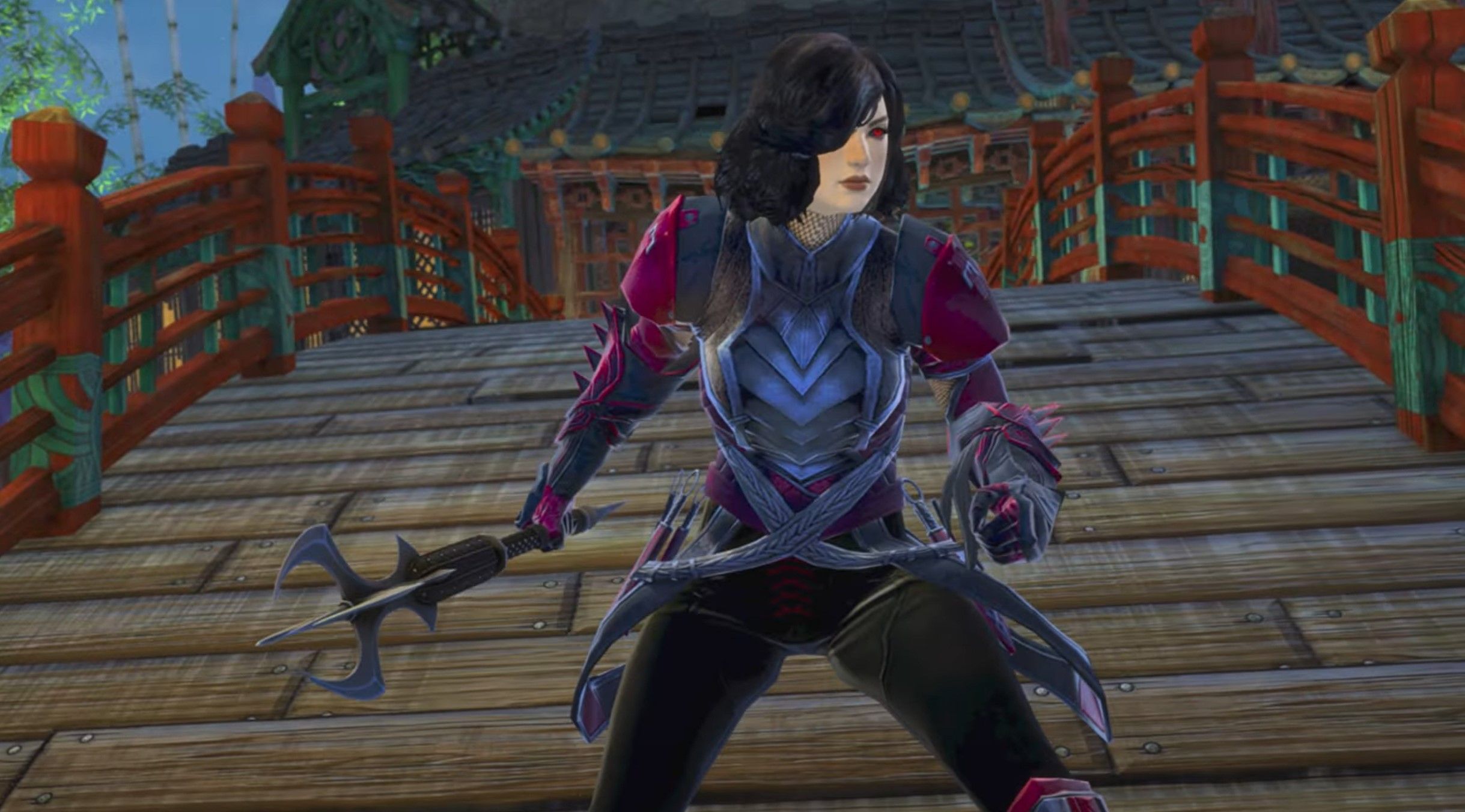 If you like putting yourself within the virtual worlds you inhabit, then perhaps you enjoy creating a character based on your self-image? Sure, it may seem strange to have a world full of fantastical races, with abstract features like horns, tails and wings, and then choose something that looks like an average human, but sometimes that is exactly what is necessary to put yourself inside your favorite virtual world. If you’re the kind of person who builds a character based on your self-image, then you may do it for the same reason I do. You want to connect deeply with the game world, and the best way to do it, is to put yourself as best you can, into the game. The virtual physicality of seeing yourself there helps you visualize yourself in those same situations.

How do you feel today? Do you want to be a raging monster with black eyes and tribal tattoos? Maybe you would rather be a cat person who has seen their fair share of battle and has scars all over their body due to a past left unknown. When you build a character based on self-expression, you’re creating something based on what you’re feeling right now. Maybe the presence of a particular class piques your interest, and you want to create something unique based on your reaction to a new class choice? Self-expression can also follow any abstract rules you see fit, with no rhyme or reason. You do you.

Do you love Gandalf from Lord of The Rings? Maybe you love him so much you want to model your character after him. It’s never too surprising when a player wants to pay homage to their favorite pop-culture heroes. Whether you’re playing a superhero game like DCUO and you want to low-key build a Marvel hero, or you’re in a fantasy game like Elder Scrolls Online but you want to roleplay a Hobbit, derivative characters are a popular way to have your favorite characters take part in the virtual worlds of your choice.

These are just some of the ways that people create their characters. Do you have a philosophy or general strategy when you create a new character? Skip into the comments and let us know how you create your characters! Bonus points for those that post screenshots!