Because when it boils down? Yes, a lot of weird (and arguably lewd) stuff happens on Balmung. But it’s really just the unofficial roleplaying server, at the end of the day. I mean, you want lewd? Have you seen the rest of the FFXIV community?

A lot of very confused people are going to roll into here and ask, “Wait, why is it Balmung?” Okay, so it’s definitely a bit of a funny name, but there’s some oral history to the server.

From what I’ve gathered from other long-time roleplayers and Balmung residents, Balmung isn’t just a “legacy server” in name, as it always attracted roleplayers from its predecessor, Final Fantasy XI. It’s just generally been the unofficial roleplaying server, on top of being the general legacy server from the original FFXIV release. This is also why much of its activity takes place not in Limsa Lominsa: in fact, Ul’dah used to have closer marketboards to the aetheryte plaza than Limsa. Balmung locals hang out there as a carry-over nowadays.

Thanks to Stormblood-era server shuffling, it’s also not even the only roleplaying server. Balmung technically used to be in the Aether Data Center, and around that era, a bunch of roleplayers got split off into Mateus. Nowadays, both servers are pretty heavy with roleplayers, though I’d argue Balmung is often more of a conduit to open-world stuff thanks to its reputation, while Mateus has more “closed” groups.

That said, Balmung does have people who aren’t just there to roleplay and gossip in shout chat. Plenty stick around for whatever reason, whether it’s because of housing or because, last summer during the game’s spike in popularity, the game’s character creation actually did point some players to the infamous server during peak times.

While Crystal has some of the lowest populations in regards to high-end content, especially now that Data Center Travel is open, there isn’t necessarily a shortage of content being done. I personally joke that you won’t get anyone doing more efficient content clears than roleplayers who just want their glams and/or dailies over with.

At the end of the day, it really is just another server… the most constantly-packed server on Crystal, besides perhaps Mateus or Zalera.

Anyone can sit here and justify Balmung’s existence all day, but all that’ll do is indirectly demonize roleplaying, pushing it aside as not important to the server’s reputation and utility. So I’m going to start things off bluntly:

Roleplaying is and isn't the hobby you think it is.

Frankly put, roleplay is probably one of the biggest activities on the internet, besides actually chatting. Gaia Online? Started as a roleplay site. World of Warcraft? Strictly-enforced roleplay servers. Hell, “role playing” is literally part of the genre name: MMORPG. It’s a core part of the entire RPG experience. Text roleplay is just another execution of that. Because who doesn’t want to pretend to be something cool every once in a while? (For example, NFT owners pretend they’re going to be richer.)

Of course, people want to do it in the expansive world that the FFXIV creators built. The creators often drive home the point that it’s a sandbox that even they’re not done playing with, and they welcome interpretations of their magics and worlds. I mean, there’s a “roleplaying” tag, so of course they permit it. 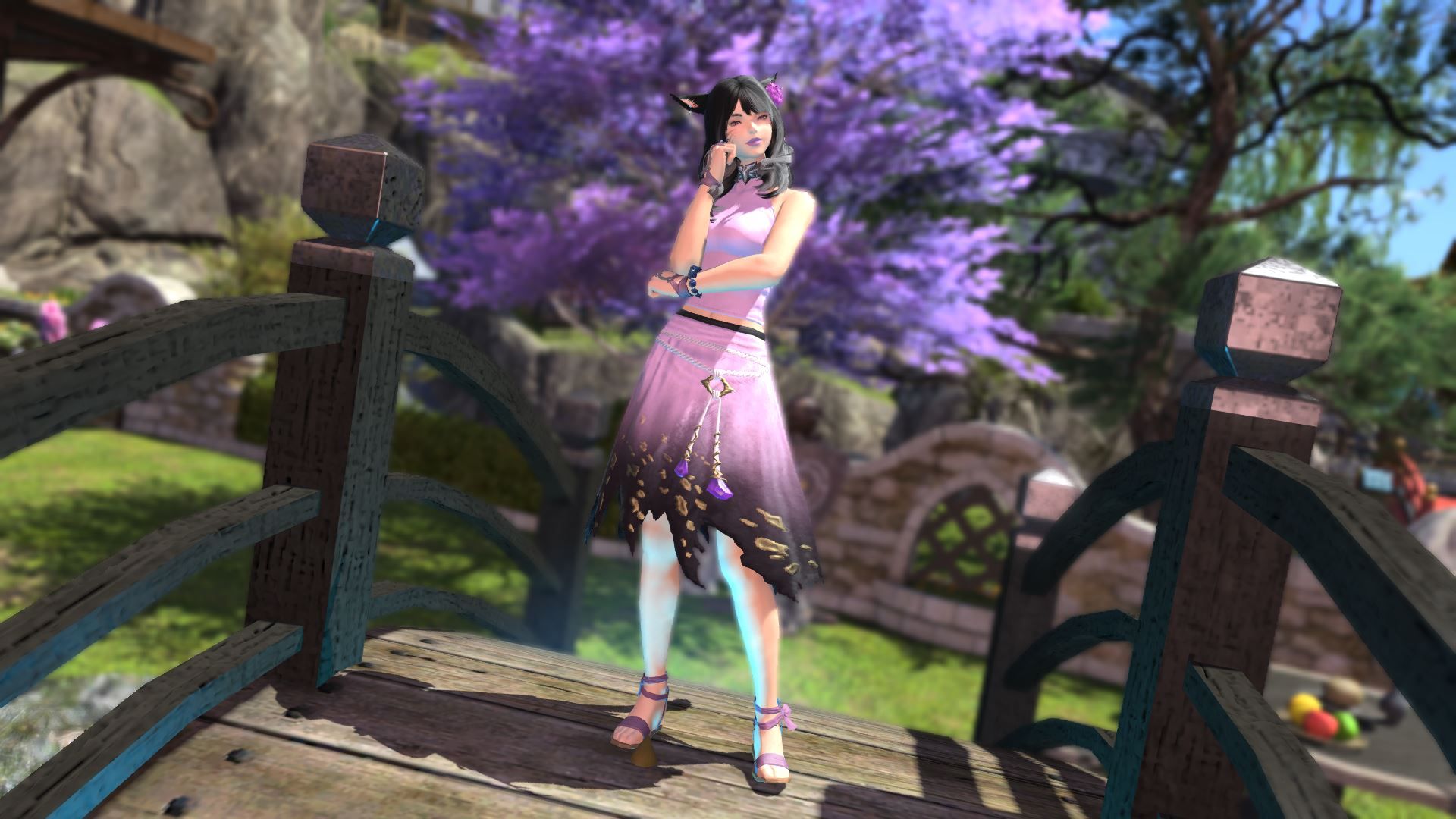 And FFXIV roleplay is often pretty damn good. A lot of people are really eager to utilize this sandbox of magic and magitek for a lot of fun stuff, whether they’re grounded and doing cool criminal stuff, or riffing off the possibilities that are hinted at throughout the world and story. While there are some guidelines, a lot is possible, and I think people should have the opportunity to engage in some cool stories and, really, just whatever they want.

All this said, for one, there is sort of a controversy over an abundance of “Twitch DJ” clubs. I’d argue that complaint only exists because there’s been a rise of both casual FFXIV players in general, as well as people who just want to do more serious roleplaying. And who can blame both for what they want? But it’s definitely hard to attract and retain members at “tavern” settings in the long term, as FFXIV’s community features are often hard to access, far less is it easy to find proper roleplay settings.

And that should apply reciprocally: so long as the content isn’t being text-chatted to you without your permission, mind your own damn business.

It’s Not (Just) The Locals

Here’s the thing: people don’t mind their own damn business. Because of the reputation Balmung has, people in essence go out of their way to give a lot of these activities infamy. 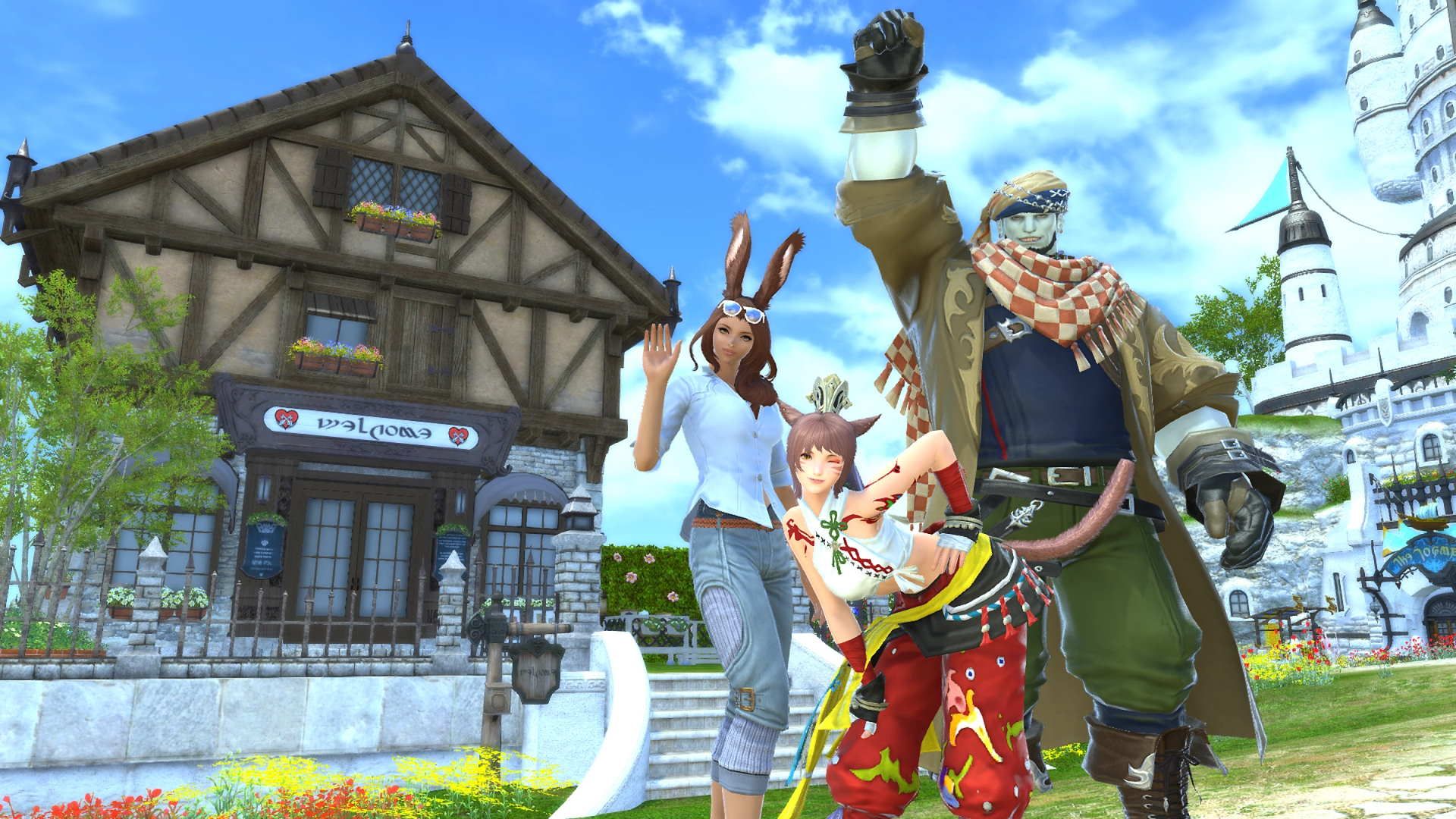 That’s not to say World Travel and Data Center Travel are bad, per se. It eased up a lot of the roleplaying strain that the infamous Balmung/Mateus server split caused; it turned the entirety of the Crystal DC into a go-to for low-key players and roleplayers alike. A lot of people on Balmung are genuinely thrilled to see the Traveler tags engaging in actual roleplay. Hell, I’ve seen the main accounts of long-time roleplayers show up as Travelers in the actual intended glams at level 90. Good for them.

But the whole “lol Balmung” meme is kind of two-pronged. A lot of the most disruptive people that actively make Balmung’s reputation worse are from off this server, including, yes, the people who violate the written code of “don’t make it obvious you’re ERPing in public.” That’s sadly been the case for a while, and I can confidently say with DC Travel out for a while that it got just a bit worse.

Skimpy outfit-wearing and lewd happenings and 18+ dance parties occur basically anywhere and everywhere throughout the game, because for better or worse, that’s what at least somebody wants. And if somebody wants it… I mean, it’s in the game. You’re all using it.

That’s to say, you’re all guilty. None of you are free of sin. And Balmung is your scapegoat, you pathetic heathens. Quit your shaky finger-pointing and put the goddamn Coliseum Shawl on.