With an extra two weeks before Endwalker, the highly-anticipated new expansion for Final Fantasy 14, plenty of players have mixed feelings. If you’re feeling a bit behind, though, then you may be excited by the prospect. After all, that means there’s two more weeks to get things done!

But as an MMORPG that’s been around for eight years in its current iteration, FFXIV is honestly a massive godsdamned game. Even now, I’m personally often lost about how to spend my time (besides roleplaying).

Have no fear, though! We’ve given you a list of a ton of things you can give a shot before Endwalker comes upon us. I doubt you’ll be able to do everything here, of course. Still, if you haven’t done some major bits of content, this could be a good start to see what you’ve missed and what could be helpful to give a go.

What else do you think other players should do to brush up? Leave a comment!

If this applies to you: Close this article. Open the game. Keep going.

Literally, you cannot access Endwalker story until you beat Shadowbringers and catch up to current content. That’s just how it is.

If you bought a boost before Endwalker, those only take you up to level 70 and through Stormblood. We don’t know yet if pre-Endwalker boosts will be made available closer to the expansion, but if you already dropped the money, you’ve got two weeks to make it through the rest of Shadowbringers.

So close this window. Stop reading. Get to it You’ve got, like, at least 70 hours of content, but it’s hella good, so it’s worth. You can knock things out up to current content with at least five, maybe hours per day. Or get close!

Play Through Each Major Raid Series

Have you given the Alexander raids a whirl? How about Omega, or Eden? And what about all those Bahamut raids that have been sitting in your Duty window?

If you haven’t found the raid series for each content pack so far, then you’re missing out on, to say the least, some extremely enriching content, both in gameplay and story. The core of the Chronicles of a New Era side content, raids detour you to major developments in the game’s world without fully taking out you out of the MSQ.

While entirely optional, each of these raids are major supplements to the main story. Alexander, about a cult of Goblins trying to activate a time-travel relic, directly relates to how Shadowbringers comes about; one of the optional level 80 dungeons, the famous Twinning, even uses Alexander music and themes in certain portions. Eden is a direct follow-up to the expansion, showing the before and after of Shadowbringers’ setting, and is recommended for fans of Final Fantasy 8. 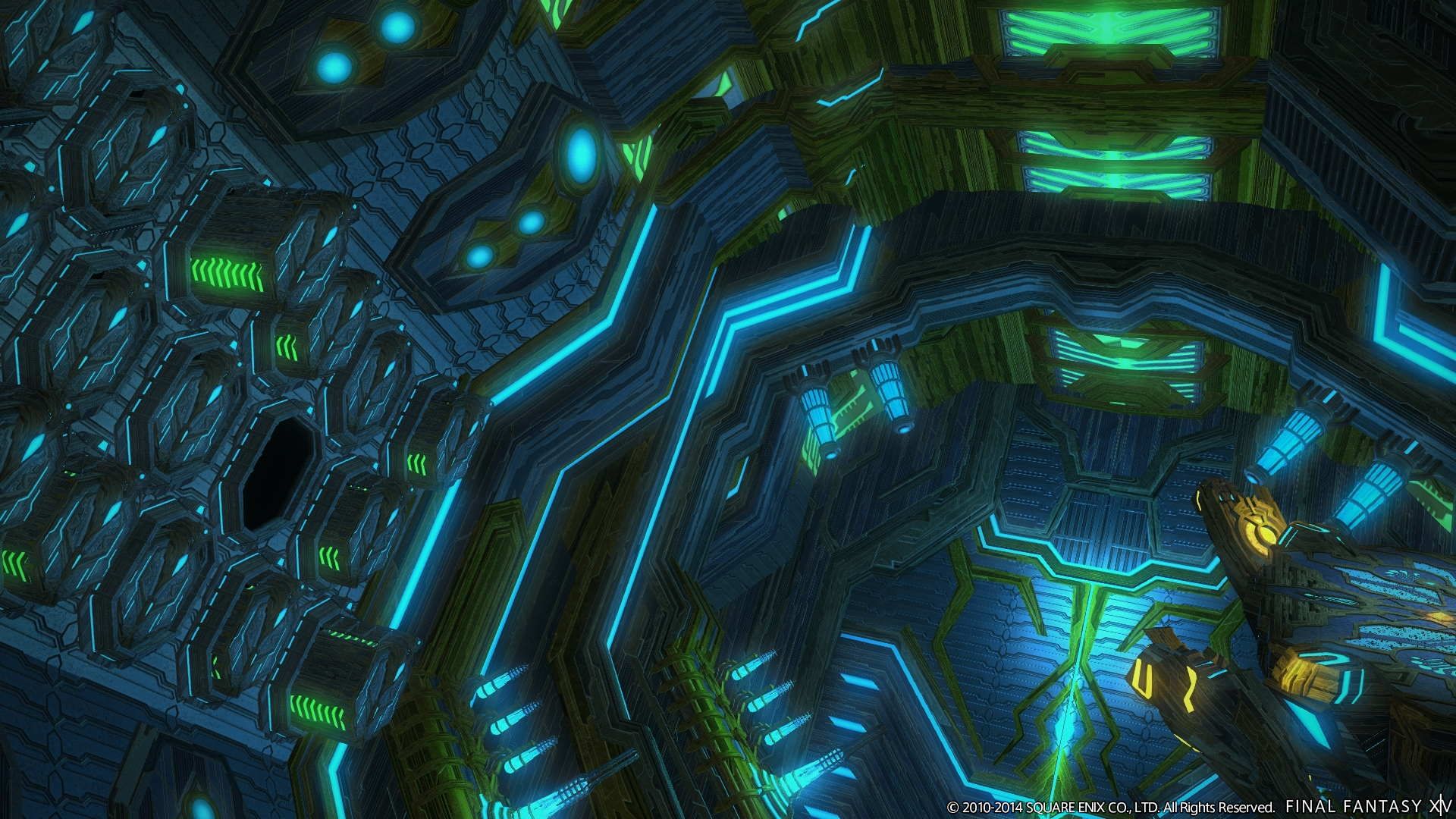 Meanwhile, the lead writer of most current content recommends that we brush up on the Omega and Bahamut raid series. The former focuses on a digital world and program that challenges our characters, while Bahamut revisits the circumstances and consequences of the legendary meteor that destroyed Eorzea (and the 1.X version of the game).

It’s also a great challenge if the main story’s required duties didn’t provide enough of it. While it’s absolutely too late to start the high-high-end Savage content, the “normal” versions are engaging enough to give it a shot. And hey, if you make it all the way through and do a bit of grinding, you can get gear that’ll last you a while in Endwalker.

Another great supplement to FFXIV’s storyline are the many Chronicles of a New Era side stories, but there are a few I personally would recommend trying out.

If you’re preparing for Endwalker, I personally recommend starting The Warring Triad from Heavensward and The Sorrow of Werlyt from Shadowbringers. The Warring Triad visits some of Final Fantasy’s most iconic bosses (as does Omega, arguably) and goes into discussion about where some of the most dangerous powers in Eorzea lie. (It’s also mandatory to continue all of the Shadowbringers role quest content, if you’ve completed all the role quests!) The Sorrow of Werlyt, also known by players as the Weapons Project, revisits an important NPC’s background and virtues, and quite possibly wraps up their presence in the Warrior of Light’s chronicles.

There are also the expansions’ Alliance Raids, which all take the player into unusual settings to take down strange enemies. I have a feeling that The Shadow of Mhach’s aesthetics and lore will come into play, as Endwalker footage shows very similar architecture to certain raids.

Return to Ivalice is a must-play for Final Fantasy Tactics fans, as YoRHa: Dark Apocalypse is for NieR series fans, as both seem to canonically tie up loose ends for these respective games.

Finally, if you’re a little more interested in some of the more tragic lore of Garlemald’s territories, the Save The Queen storyline has one of my favorite solo duties and character backstory storytelling (via Cid) in the entire game before you reach Bozja. Once you reach Bozja and its follow-up Zadnor, these duty zones are also a fantastic way to level up your level 70 jobs to 80 in a matter of hours. And while Save The Queen itself is controversial content-wise, it’s got interesting lore behind one of the biggest tragedies in Garlemald’s conquest. (I doubt you’ll have time to grind the Resistance Weapon, but if you’re interested, this is where and how it takes place).

Level Up One More Job

Ignore everyone saying you need to level up every single job. That’s weird and annoying and unachievable for a lot of us. (Not me, I’m just lazy.) However, two weeks is honestly just enough time to level up one more job from level one, if you really grind it, maybe three hours a day (especially if you’re leveling a tank or healer and get those sweet queue speed-pops). You can also do one of the cool non-level-one jobs, like the beloved Dark Knight, which is known as both a great class to play and a fantastic job quest storyline.

The best strategy: If you’re starting at level one, do your hunt logs and do some levequests. Once you’re at a dungeon level, you’ve got two options: spam at-level dungeons, or do Palace of the Dead and/or Heaven-on-High once applicable. Do your roulettes at the end of the day to get more for your time, and avoid level 50, 60 and 70 non-story dungeons, as they tend to have less EXP. 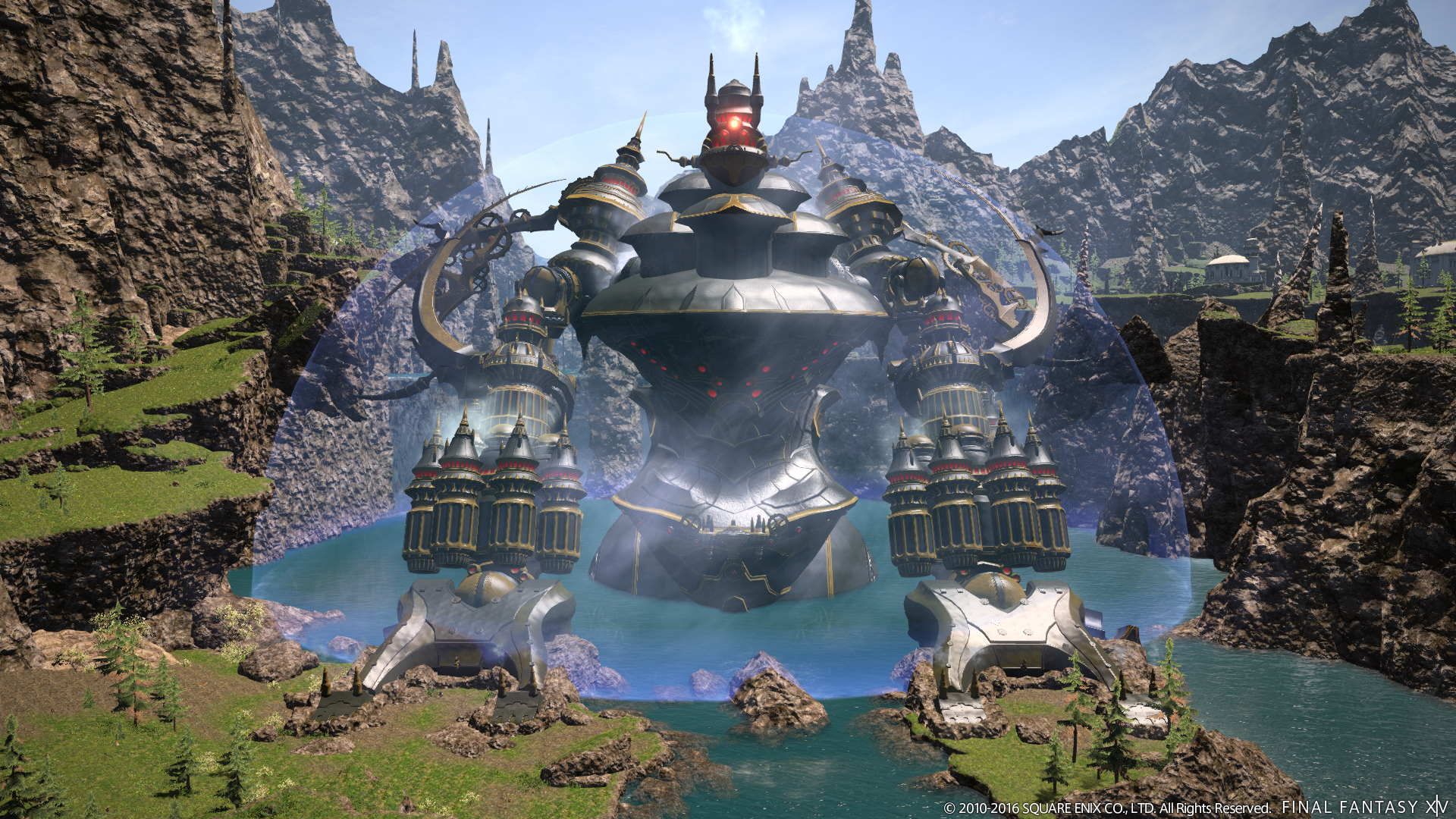 Don’t forget your EXP boosts! Food gives a 3% boost, and if you ordered Endwalker, your Menphina’s Earring will give you a solid boost and stats that scale to your class and level. If you’re part of a Free Company, also ask your leaders if they can activate a battle EXP boost. There are also plenty of under-30 boost armor pieces, so make sure those are in your inventory.

If you plan on applying this idea to crafting and gathering… well, that’s just a lot of grinding. It’s fun, but tedious. Good luck!

Get Your Aether Currents

From the way Endwalker is progressing, it seems there’ll be a non-zero chance we’ll be returning to prior zones, specifically those from Heavensward and Stormblood. And that means you’ll wanna traverse in the most efficient way possible: by making your giant Final Fantasy XV car zoom through the sky.

For real, if you haven’t collected all the Aether Currents in each one, now’s not a bad time; it should only take two or days from scratch. Most maps are available online, or you can just wing it (ha) with your Aether Compass, and if you have a friend with it unlocked willing to be dragged around, it goes even faster. Any other Currents not present on the map are unlocked with blue quests.

Don’t forget that you also get achievements every time you manage to unlock a zone. Yay achievements!

Grind Tomestones From The Current Event

An extra two weeks before endwalker means the current tomestone event is extended as well! This is a great opportunity to get some neat items to try on before Endwaker drops, including some rare mounts and clothing.

It seems players have recommended three different ways to blast through. One is infamously just sitting through the level 50 MSQ dungeon Praetorium a bunch of times. Alternatively, on Friday and Saturday nights, PvP is usually very active thanks to some PvP groups, and Blue Mages can just blast through certain Bahamut raids.

If the easy way out doesn’t interest you, you can see a full list of duties rewarding Tomestones of Lore, as well as the full list of available items, on the official FFXIV website. 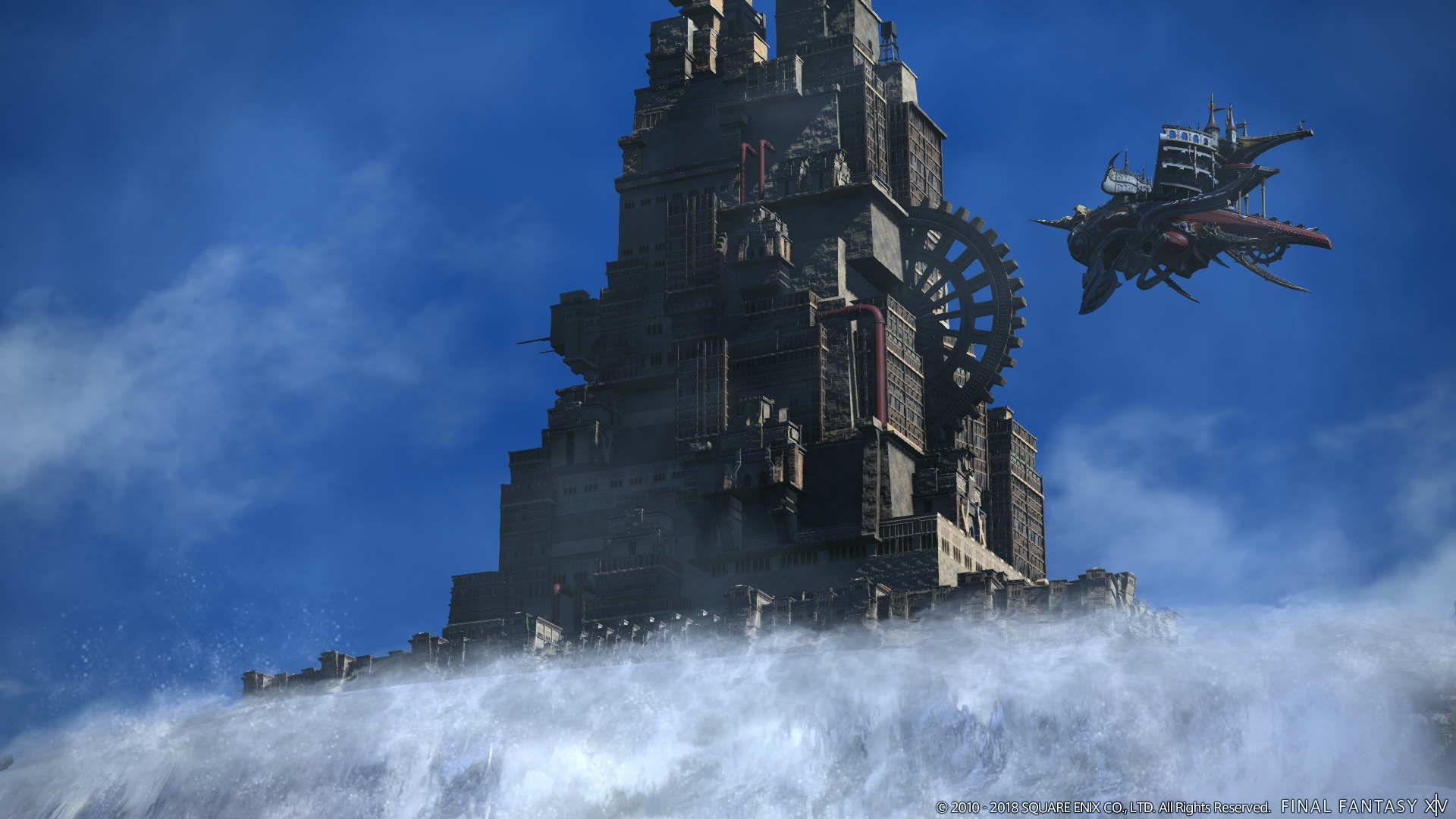 If you didn’t get distracted during the MSQ, and don’t want to do anything too serious in these final days, why not do some of the more for-fun content? Here’s a few personal recommendations.

Treasure maps and map parties are a great way to get a ton of good items and gil, fast, and in a ridiculously fun way. If you wanna give it a whirl, get a map at your level, then find friends, a free company, or even a party finder group.

Wondrous Tails in Idyllshire are a solid excuse to revisit content. You’re given a list of content to complete, and as you finish each duty, you’re given a random spot on a bingo board. Doing all nine of your bingo board spots gets you a reward, but lines give you more. You also don’t need to sync your level for it to count, so unsyncing and blasting through ancient content is an easy way to get this done fast.

Personally, I just got into Triple Triad. There’s gotta be at least 100 NPCs out there that you can take on in a match throughout all three current expansions, and you can grind out plenty of MGP this way.

And there’s also all the Gold Saucer content you can try. GATEs run about once every 20 minutes, and Chocobo Racing is apparently its own whole thing, between racing, training, and breeding. Yes, breeding. You can raise chocobos. It’s… again, its own whole thing. (I’m not going to tell you to get into mahjong because that’s a dangerous path.)

Just kidding, none of you are gonna do that properly. I mean, you could just right-click an item, hit “Sort,” and call it a day like I do. Maybe throw out some dyes you haven’t used. I dunno.

Freshen Up Your Glams

You have to look at your own character in cutscenes. You might as well make them look nice, right? Or at least, you wanna roll into the new dungeons and trials looking fresh as heck. Now you have another two weeks to sort it out!

Don’t forget that a ton of really neat-looking glams are locked behind content like the Chronicles of a New Era stuff I described above, so be sure to do your homework sooner than later so you go into Endwalker looking absolutely godsdamned fantastic.