At least one person on the MMORPG staff claimed that 2021 was the year of the MMO. Well, ultimately  2021 was the year of MMO hype and subsequent disappointment. Even though every MMO released in 2021 had players chomping at the bit to play on launch day, a month or two later those same players were rushing for the exit, leaving behind broken dreams and empty servers. I’m sure that the doomsayers who have been heralding the death of MMOs for years will point at 2021 as proof of their claim.

Here at MMORPG, we don’t believe that MMORPGs are dead, but it is hard to deny that the genre is stagnant. Other than the transition from monthly subscriptions to mostly free-to-play with microtransactions, the only real change to MMOs was the rise of action combat and the decline of tab targeting. In the same way that battle royales have become the new craze in the shooter genre, MMORPGs need a new hook, a new evolution even, to renew the lifeblood of the genre.

Some people believe that the next evolution of the MMORPG will be virtual reality. Instead of seeing a fantasy world in third-person as you maneuver your avatar around, VR allows you to become the avatar. You are the warrior, the mage, or the fighter pilot. And although we currently aren’t to the level envisioned in Ready Player One, the progress made on VR tech over the last few years is enough to add a new layer of immersion to both the combat and social aspects of MMORPGs that could spark new interest in the genre. Don’t believe me? Here are XXXXX MMOs that show the VR revolution has already begun. 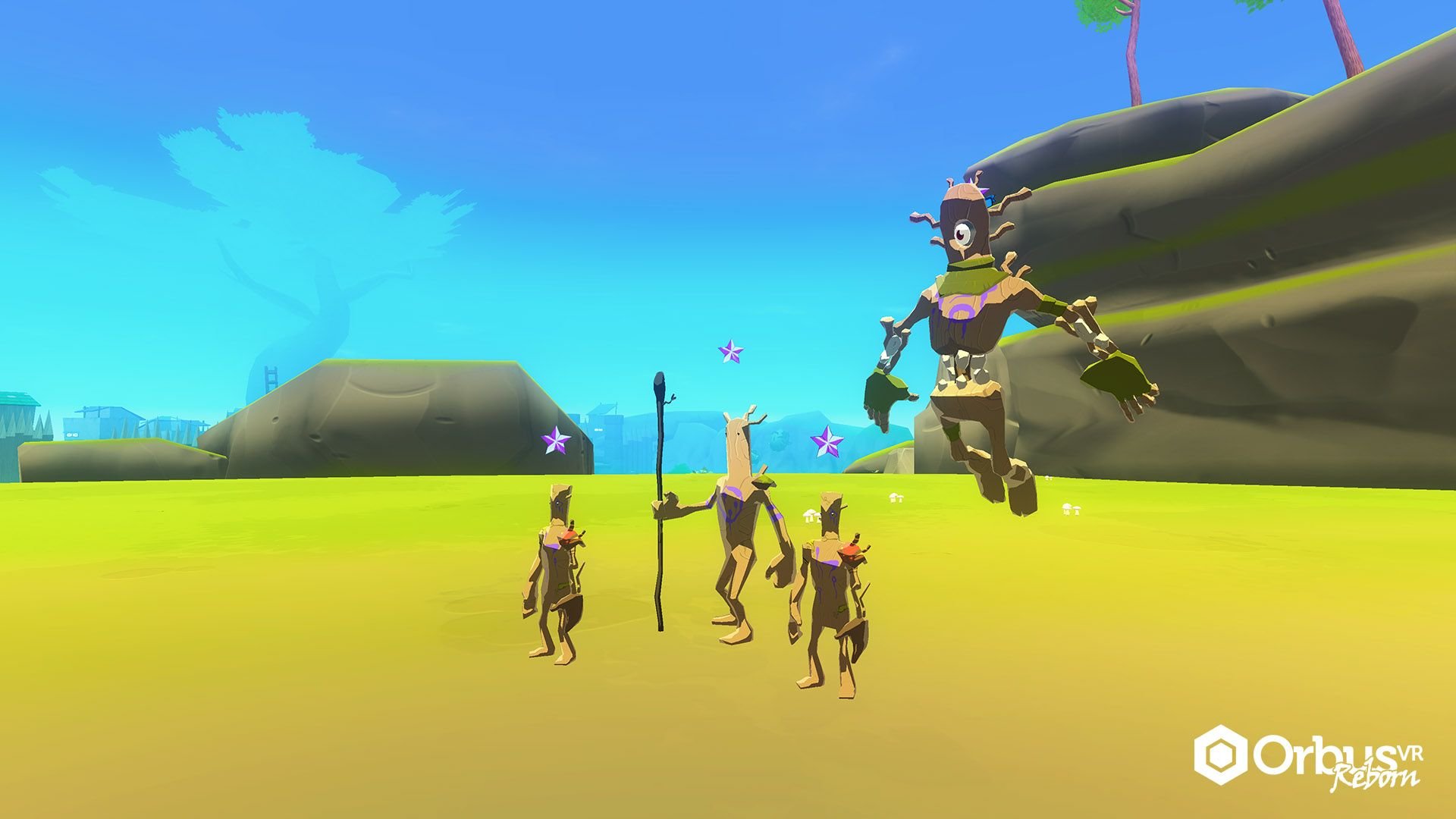 Designed for room-scale virtual reality, OrbusVR: Reborn is available through Steam and the Oculus Store. Pick from 8 unique classes - Ranger, Warrior, Runemage, Ranger, Shaman, Bard, Paladin, and Scoundrel - and then venture out into the dangerous world of Patreayl. OrbusVR has all of the trappings of a classic MMO: 5-player dungeons, world bosses, crafting, PvP, and fishing.

Currently, in development, Ilysia will be available on Quest, Steam VR, and PlayStation VR. In classic RPG fashion, after corrupting and destroying their own world, the Lagenans arrived on Ilysia looking to make a new home for themselves. Will you side with the Lagenans as they begin to corrupt Ilysia with their dark magic, or will you hold the line and defend the planet against the invaders? The choice is yours to make as you explore a world full of monsters, dungeons, and cities.

As the name implies, in A Township Tale you and up to seven others will discover an abandoned town and work to restore it to its former glory. There aren’t any NPCs to do the work for you, so it’s up to you to take on the role of blacksmith, carpenter, cook, and explorer. Unlike typical MMOs where gathering resources is as easy as pressing a button and waiting for a pile of rocks or logs to appear in your backpack, all of the tasks in ATT require you to put in some manual labor. You’ll have to swing your axe to chop down that tree or head into the mines to extract some ore. And yes, you will have to physically swing your sword to defeat a monster.

Being developed by Digital Messiah, VRKraft is a multiplayer fantasy RPG for PCVR. Still in an alpha state with new systems still being added, Patreon members gain access to the current build which includes five classes with a functional leveling/XP system, a quest system complete with monsters and loot, a 4-man dungeon, and 4v4 PvP. 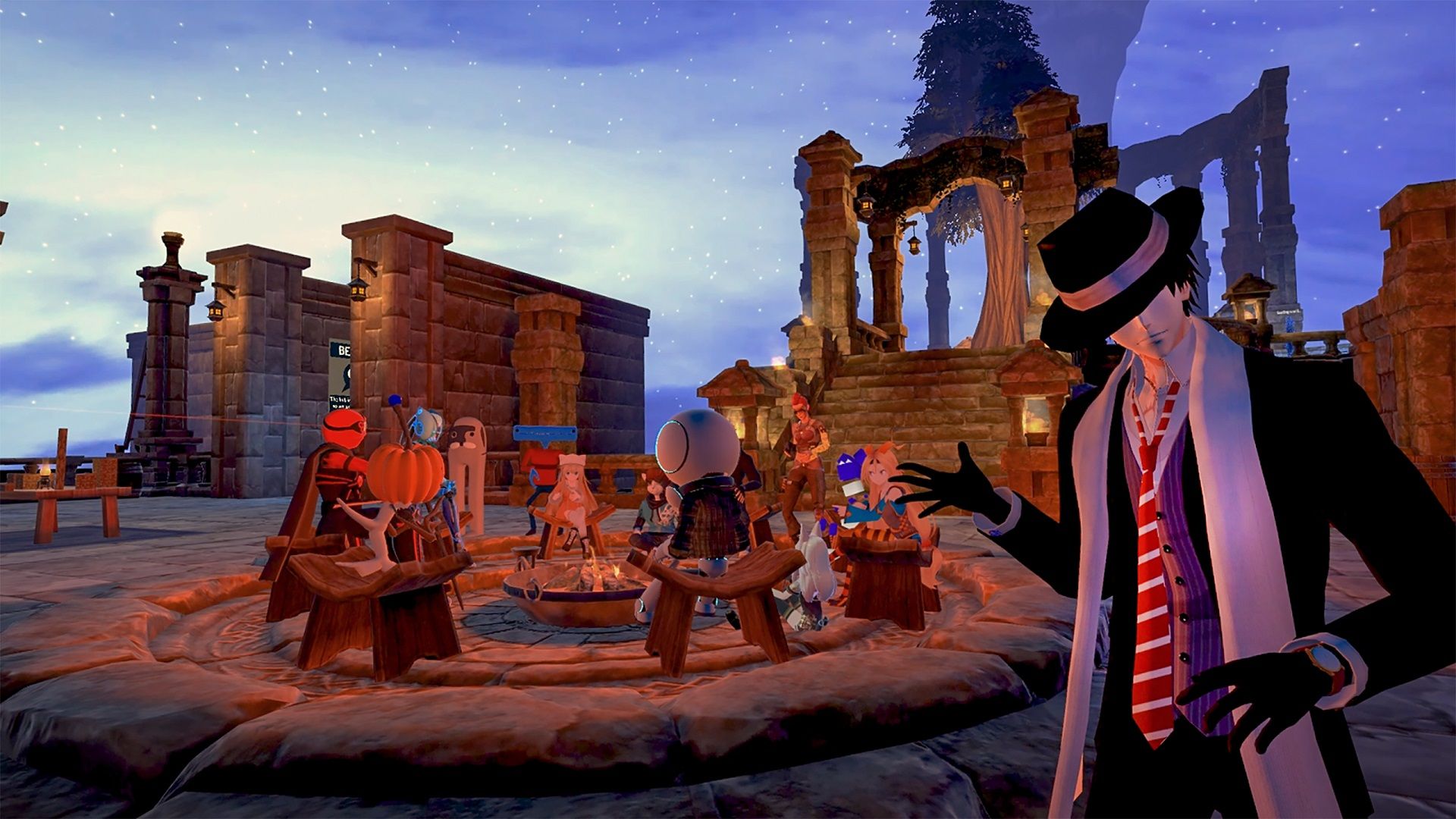 Before you scoff at the idea of VR Chat being on this list, answer this one question: last week, how many hours did you spend in your favorite MMO just standing around talking to your guildmates? Here’s another question: how often do you use /dance, /wave, and other slash commands? With VR Chat, you are able to break free from the constraints of your keyboard and immerse yourself in the world and conversations like never before.

Just off of a successful Kickstarter campaign, Freeland VR is still in the early stages of development. Unlike other VR MMOs, Freeland will set itself apart from the crowd by being playable with or without a VR Headset. Each planet in Freeland VR will have a unique theme and events. Head to the Jungle Planet to participate in giant exoskeleton fights, or take in a round of golf and then head to the water for some windsurfing on the Beach Planet. Or head over to Fantasy Land if sword and sorcery are more to your liking. The list goes on and on. 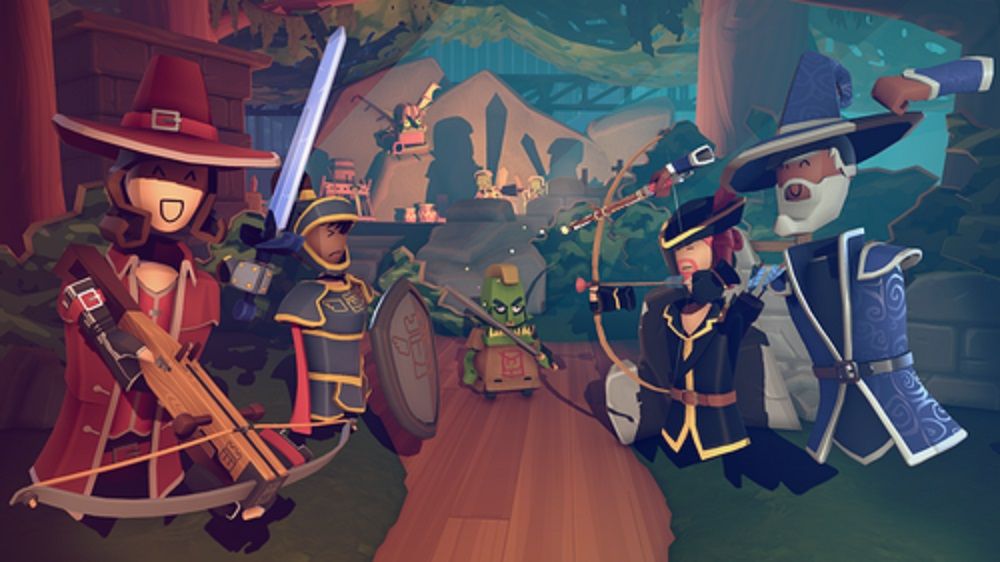 Rec Room may not be an RPG, but it does show how just about any multiplayer can be converted to VR. Paintball, laser tag, Rec Royale, and numerous other games available in Rec Room could easily be adapted to any MMORPG setting. More exciting, though, is how players have been able to use Rec Room’s creation tools to make a ton of original content. Maybe VR is the missing ingredient that could finally make user-created content in MMORPGs a reality?

Saving the best for last, the newly released Zenith: The Last City is the first big-budget VR MMORPG, making it a true indicator of whether the tech is ready to usher in a new age of VR MMOs. Put on your headset - PC, Quest, and PSVR are all supported - and become immersed in an anime and JRPG inspired world full of verticality that can’t be duplicated in standard MMOs. Climb up any surface and then glide through the sky. Then return back to the ground to take on the beasts of Zenith in intense action combat where you must physically swing your sword and cast spells.