Ashes of Creation has set its sights high in attempting to create a world where the actions of its players impact everything in the game. The concept of working together and creating towns and growing them into cities or even destroying the cities built by others is fascinating and a daunting prospect to pull off. However, the development process for Ashes has a long way to go. They recently completed a no NDA Closed Alpha 1 one test phase and plan to move on to the Closed Alpha 2, which is slated to be a persistent Alpha test. 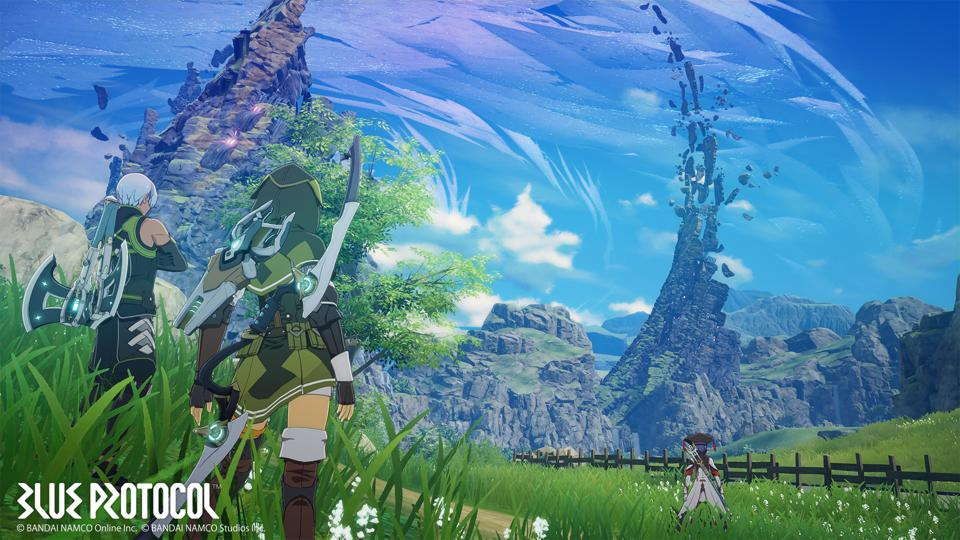 Upcoming: It was supposed to release in 2021 in Japan, no update from devs after missing that target

The very anime-inspired action combat 3rd person MMORPG Blue Protocol was intended to release in Japan sometime in 2021, with a potential global release later. However, no specific date was ever given, and there hasn’t been any real information shared since October 2021. There is some possibility they have chosen to hold off to do one global release instead of two different ones, but there is no way to know for sure until there’s another update.

With the tagline of “This is your story,” Camelot Unchained has set out to create a world where everything you do matters and affects the world around you. Additionally, the Realm vs Realm concept is a core pillar of the gameplay experience. One area in which Camelot Unchained sets itself apart, at least these days, is their choice to go with a subscription model and a promise never to have an in-game store. If you enjoyed Dark Age of Camelot and are looking for a game where realm vs. realm is the central pillar of the game, Camelot Unchained is for you.

City of Titans is an MMORPG designed in the spirit of City of Heroes but updated for modern technology and game style. They’ve had a character creator available and a build where backers can move around a small part of the world for a while. They’ve also recently announced that combat mechanics would be implemented soon. They have a very long way to go before this game is ready, but they are consistently giving updates on what they are up to and what’s next for City of Titans.

Corepunk is a 3rd person MMORPG with fog of war in a seamless world. There are multiple options for building out characters to fill various roles, with having a wide variety of builds being a vital feature of the game. They plan to have dungeons available for solo play and groups of up to 4 people. Additionally, there will be randomly generated dungeons, raids, world bosses, and more. For people interested in PvP, Corepunk will also feature arenas and battlegrounds.

The Day Before is an open-world survival MMO set in a deadly post-pandemic America. There feels like there are some shades of the Division to this game. Aside from the trailer videos, there isn’t much concrete info about this one, though it is slated to release this summer.

Destiny’s Sword is a squad-based MMORPG that combines exciting cinematic combat with unique social mechanics for managing the physical and mental wellbeing of your team. Characters in Destiny’s Sword can be wounded or even killed, but they can also suffer persistent mental health issues that need to be managed. Success in this game will be achieved by creating bonds with your characters and other players, more than you as an individual achieve.

Embers Adrift (formerly Saga of Lucimia) is a PvE MMORPG that seeks to take MMOs back to their roots. This sandbox game will also keep UI elements to an absolute minimum with no minimap and very little guidance on what you should be doing in-game. They go so far as to say players will probably want to take notes while playing to help them keep track of it all. However, with all the dangers present, players will likely want to group up for most of their time playing, even when taking care of the more straightforward tasks. Currently, Embers Adrift is available for pre-order with also gets you access to the alpha, beta, early access before launch, and a month of playtime at launch.

Fractured is an open-world sandbox MMORPG that mixes action combat with a fully interactable environment. Whether it’s PvE or PvP you crave, Fractured requires players to defeat their enemies through skill and cleverness rather than your equipment or level. This doesn’t mean players can’t grow and change their characters over time; it just means the mechanism for this is a bit different than the straight earn experience to level up system in most MMOs. 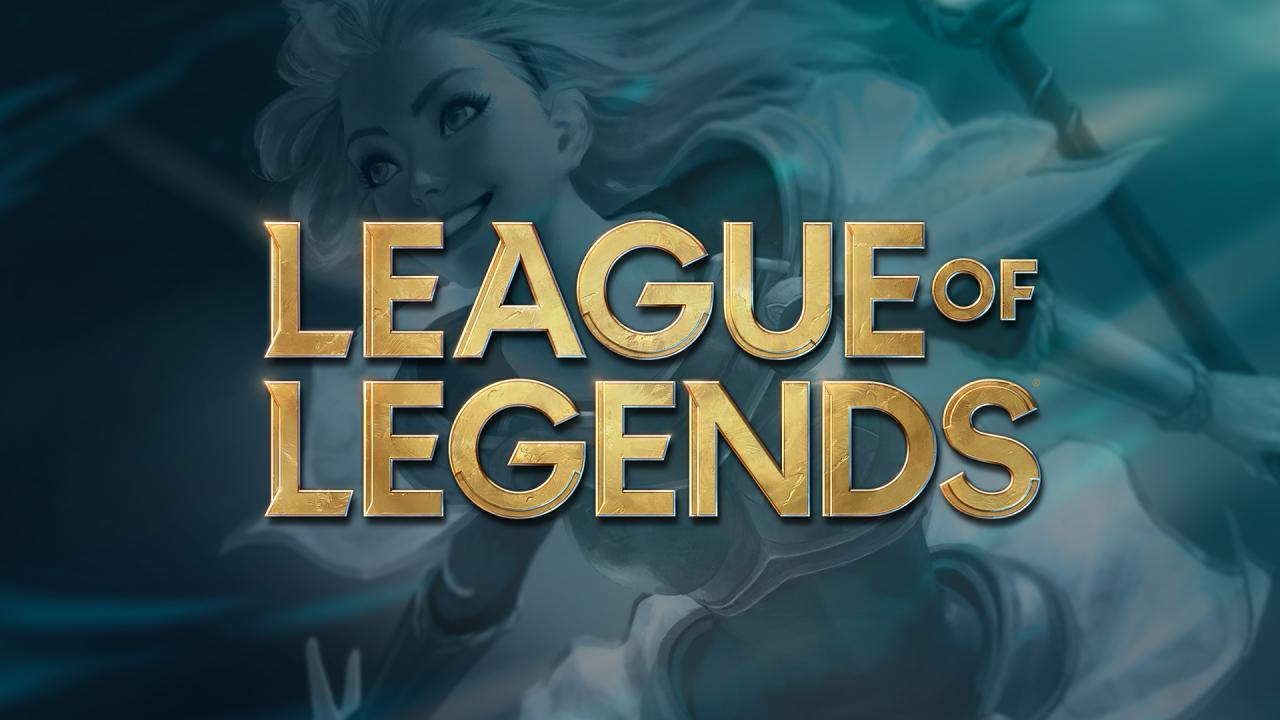 Release Date: Sometime in the future

This MMO is so new we don’t have a name or even how much of the League of Legends world and lore, which has been expanded over the last few years, will be incorporated into this new MMO.

Lost Ark is a free-to-play action MMORPG releasing to the west this February. There are both base classes and advanced classes (available at later levels) for players to customize how they play. Players will also have their own sailing ship to explore, complete with a crew, and build their own island fortresses. In addition to raids and dungeons, Lost Ark also features 3v3 PvP. So, there’s something for every kind of player.

Mortal Online 2 is the upcoming first-person, sandbox MMORPG made by Star Vault that features where the danger never fully leaves you. A full-PvP game, Mortal Online 2 pits players against each other in real-time combat where your prowess on the battlefield relies more on your own personal skill rather than simply a level number. With cutting edge visuals powered by Unreal Engine 4, Mortal Online 2 allows players to create a true, persistent world where you can be anything you want to be - whether it be a master crafter outfitting your guild for war or the vanguard on the front lines defending your homestead. Mortal Online 2 is currently in closed beta and, with world persistence beginning on day one of release.

Palia aims to be a community simulation MMO set in a new high fantasy world. Since this game focuses on community, players will retain the ability to play with each other no matter how progressed, or new someone is. Whether you want to work on building your home up, garden, fish, or explore some of the mysteries the world of Palia offers, you’ll be able to do them on your own or with other players.

Pantheon: Rise of the Fallen is a deeply social high fantasy MMORPG with no hand-holding and no easy mode. In addition to the normal mechanics players encounter in fantasy MMOs, there’s also a few unique systems, as seen with their climbing, perception, and acclimation systems. Not only are players incentivized to join guilds, but their reputations in the community will also impact gameplay.

Pioner is a post-apocalyptic MMOFPS set on a Soviet island. The player is a former operative trying to survive in a world rocked by a technological disaster. Unlike some survival-inspired MMOs, Pioner will feature actual survival game mechanics; for instance, you need to eat and sleep in-game. Although primarily focused on PvE, there will be a specific area of the map designated for PvP, and there will also be arenas that will have rankings.

Rulers of the Sea

Rulers of the Sea is a historic MMORPG set in 1750 and will take place worldwide. Players will choose from one of 760 port cities and capitals to start from and grow families and businesses, whatever they may be. There are 40 distinct activities and careers in the world from which players can earn wages or profit. To “level up,” characters will have to follow a course at a University or College and complete an exam. These courses teach the player about life in the 18th century. Rulers of the Sea aims to be educational as well as fun.

Starborne: Frontiers is a follow-up to the MMORTS Starborne and in this new game, players will travel to the edge of civilized space and build up their strength through PvE and PvP. It’s currently soft-launched in select countries but will fully launch later this year.

Star Citizen is a sci-fi MMOFPS that has players striking out to distant planets and allows for epic dogfights in space. This one has been in production for ten years, but for an MMO, that isn’t an oddity. However, it is odd that it’s still in alpha stage after ten years with no sign of moving any closer to an actual launch or even beta phase. We’ll keep an eye on it, but I recommend not holding your breath.

The Wagadu Chronicles launched into Kickstarter late in 2021 with a simple question: "What if Tolkien were Black?" Creating the upcoming AfroFantasy MMORPG has the team at Twin Drums applying that same level of detail, research and creativity to forming their new MMO setting - as well as an upcoming pen-and-paper 5E setting for tabletop players. Wagadu Chronicles is an isometric MMO that hearkens back to the roots of the role-playing genre, where each player actually fits a role isntead of represents a stats sheet.