As we gear up for the launch of the next World of Warcraft expansion Dragonflight, it seemed like a good time to look back at some of the best raids I’ve experienced. For this list, I’m defining a raid as instanced content, requiring at least ten people, and containing more than four bosses. Additionally, I’m only including raids I participated in while they were current content, which sadly removes the Vanilla version of Naxxramas from contention; and no, doing these raids in WoW Classic doesn’t count either. Additionally, I’m not ranking based on the story of the raid, just the experience of progressing through them. Even placing these limits, there’s a very long list of contenders.

Battle of Dazar’alor was an exciting concept from the beginning, unlike any other raid we’ve ever had previously. The Horde was defending while the Alliance was attacking Dazar’alor; when this was announced, I couldn’t imagine how they would balance it between the two factions, but it was really well done in the end. There were quite a few interesting and fun boss fights; Opulence was a real highlight for me, but what keeps this one from ranking higher is progression often felt like being caught in a meat grinder. It was just not a lot of fun overall. 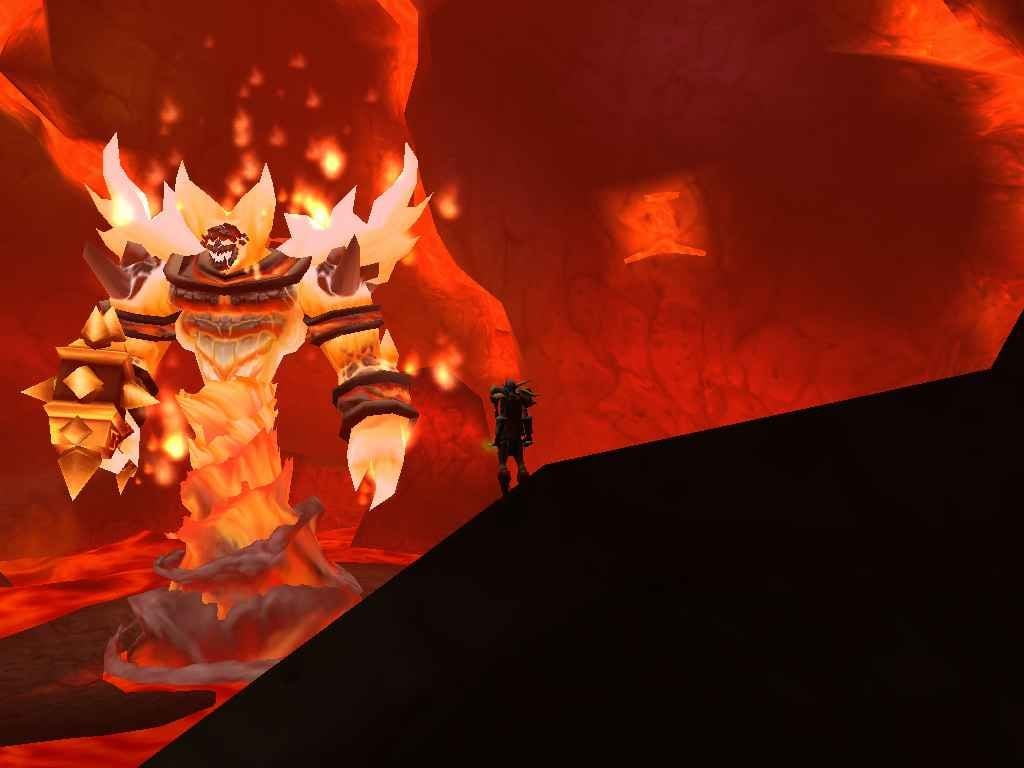 WoW's Molten Core has the distinction of being the first 40-man raid I ever participated in, and yes, wrangling 40 people to do was always a feat in and of itself. Aside from that, so many of the fights felt unique and asked very different things of the group. The difficulty of Molten Core doesn’t quite stack with some of the later entries, but it was always fun. I also miss the days of needing to get resistance gear. I mean, I don’t miss arguing with DPS that they needed to replace some of their highest damage gear so they would have the required resistance; but it also added another dimension to raiding.

Zul’Gurub is one of those raids which holds a special place for many World of Warcraft players, and for me, it’s no different. It was the first raid I took on the role of raid leader and led the group to defeat bosses we had never done before. In addition, I honestly enjoyed all of the fights in ZG. Every single one of them was interesting and generally fun. As much as killing Hakkar the first time was a big deal for my guild, the first kill of Jin’do was a much more exciting moment because he was more difficult for us. I am, however, still annoyed that I never got the fist weapons from Arlokk and Thekal; turning into a big tiger just looked so cool.

When people talk about the best raids in WoW, they don’t often mention The Emerald Nightmare, mainly because the story that got us there, although iconic and monumental in overall importance, isn’t looked on fondly by most players. Additionally, since it wasn’t a tier raid, people tend to think of it as an introductory raid. However, the boss fights in The Emerald Nightmare were some of the best and, although challenging, were enjoyable. Some of the highlights for me were Il’gynoth, Dragons of Nightmare, and Ursoc (though I hated having to kill my bear bro).

Generally, I’m not a fan of the mantids, but the Heart of Fear raid was easily one of the best in all of Mists of Pandaria. I know some people will say Throne of Thunder was better, but Heart of Fear set the bar high for all the raids which came after it. One fight which sticks out the most to me was Blade Lord Ta’yak and his damn tornadoes. They were frustrating, but it was also an interesting mechanic that turned things on their head. Amber-Shaper Un’sok was also fun if you were a player who got to turn into the Mutated Construct.

Firelands has one of my favorite fights of any raid in all of WoW; as a shadow priest who always got to do the rings, I loved Alysrazor. Managing to do the rings well was a gratifying experience. I honestly don’t remember what the rest of the raid was up to while I was doing that, but I had a blast. It was always the highlight of every week for me. Beth’tilac and Rhyolith were also two cool bosses that were fun to fight. Also, you can’t forget about Ragnaros finally getting legs; that was amazing. 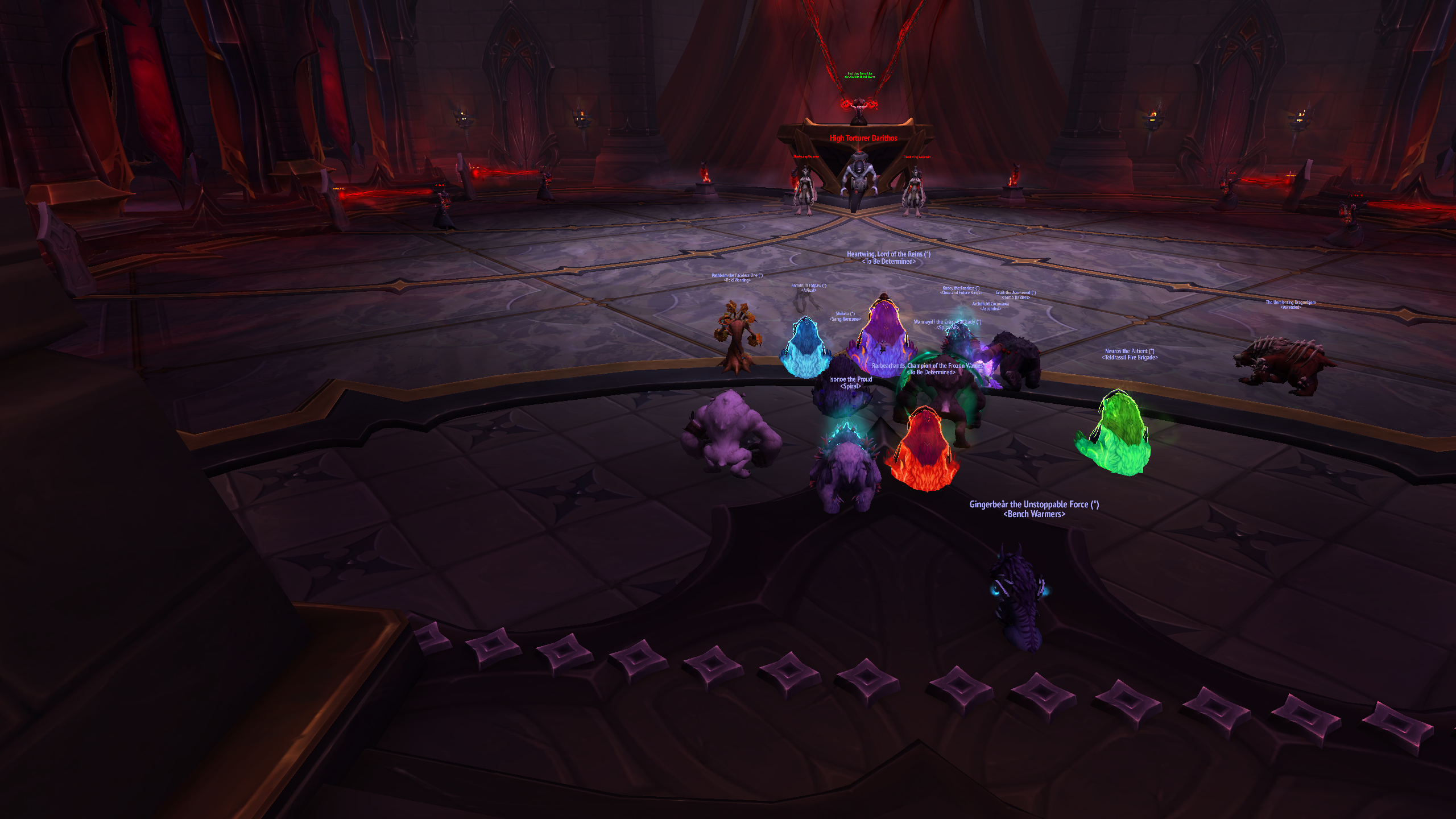 The gothic setting of Castle Nathria was hit so perfectly that even if the boss fights were awful, I probably would have still liked it as a raid. However, there are some damn fine fights in there. I generally dislike council fights, but Council of Blood was pure inspiration by whoever designed it. Having the kill order matter is one thing, but the intermission phases not only fit thematically with the fight but were also different and just all-around fun. It was honestly a nice break in an otherwise demanding fight. Stone Generals, Inerva, and Denathrius were also solid fights that really tread the fun/frustrating line well.

I loved all of the time I spent in Karazhan. World of Warcraft: The Burning Crusade was where I fell in love with tanking, and Kara was the first time I was a full-time MT. I loved not knowing what we’d get for Opera each week, and every version of those fights was a delight. Netherspite was also a big favorite of mine for a long time; the dance of it was great. Unlocking the ability to summon Nightbane and figuring that fight out was also really interesting, and making the best use of stance dancing for it was a blast. There’s honestly not a single boss in Karazhan that I didn’t enjoy. 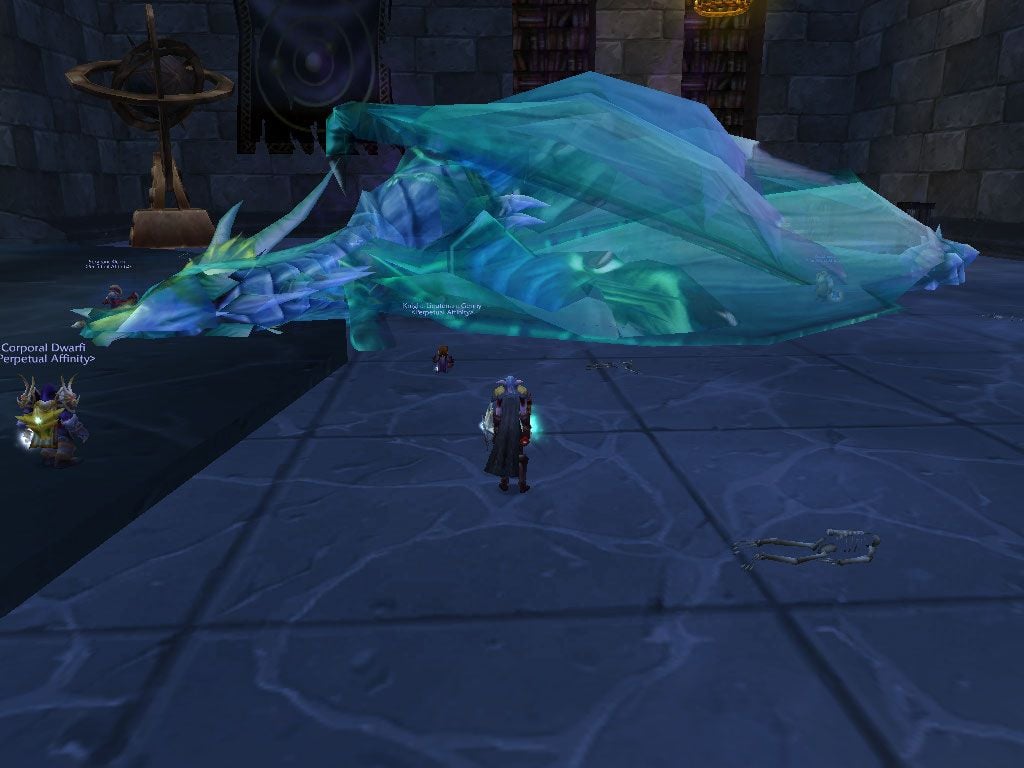 Ulduar got to off to a bit of a rough start with the Flame Leviathan fight because vehicle fights are always rough. I spend all this time playing a character, and class I liked to take all of that away for vehicle combat, which is not my favorite. However, the rest of Ulduar was pure joy to work through. Splitting the raid group for Thorim was interesting; neither group felt like it was less essential or felt like they had a boring job. I liked staying in the arena, but I also enjoyed being sent with the team through the gauntlet. The Yogg-saron fight was an end boss that lived up to that role and was a lot of fun to boot. I know, technically, Algalon was last, but not for most groups. The only reason Ulduar isn’t higher on this list is that there’s too much damn trash in that place.

I honestly didn’t expect to enjoy The Nighthold as much as I did because the Nightborne generally annoyed me. However, the entire setting of the raid is perfect, and the fights are on another level. Star Augur was an all-around incredible fight, and when the walls came off the room, it reached a whole other level. That was the type of fight where I wish it were possible to pause at various points so I could look at everything happening around me. Trilliax could be frustrating, but the voice lines were hysterical, which helped a lot. Overall though, Elisande was the best fight. The rewinding time aspect and managing the bubbles and the adds were the best. She’s also so delightfully haughty about everything.

Generally, when it comes to raids, anytime we get northward of 8 – 10 bosses, some are great while others are just really not that good. ICC is the exception to that rule. Every boss is well done. Even though ICC was one of our most extended raid tiers, I never experienced burnout on it and even leveled an alt and raided it on off nights as well. Even the fact there was a lot of trash couldn’t dampen my enjoyment of it as a raid. I don’t even want to single out any particular fights because all of them were great in their own way. However, I will say Putricide, Sindragosa, and The Lich King are just about as perfect of raid fights as I can ask for.