Roleplaying game. It's right there in the genre, right at the top right hand side of the website. Roleplaying Game.

It's a phrase that has lost some meaning as more and more games are called "RPGs," yet don't really lean into what that truly can mean for a gameplay experience. Is it simply a checklist of game mechanics that define the genre, or is it an experience that allow you to live vicariously through the persona you've created in this world you're inhabiting?

In the early days I'd wager more players approached it with the latter mentality. With the genre having its roots in the tabletop roleplaying games that are still going strong such as Dungeons & Dragons, Pathfinder, or in settings like Dragonlance, and many more, it's an aspect that still exists in MMOs, yet feels relegated to single servers or small groups of the population.

My personal history with roleplaying in an MMO is riddled with pitfalls. As I mentioned in a previous article (which I guess should simply become a "series" considering I intend on writing about this more in the future), I was gearing up to play Dungeons & Dragons with my partner and their friend group. It would mark the first time I've played a tabletop RPG in 20 years (no Shank, Ballz Does D&D at PAX West does not count). I was petrified at the prospect of roleplaying a character, especially one I just created for the purposes for a campaign that was happening within a few days at that point.

It actually reminded me of the first few months I played The Lord of the Rings Online. I always have been interested in roleplaying communities in MMORPGs, and I figured that if there was a game world where I would be most comfortable roleplaying within, Middle-earth would be the one.

Nimrodel, the server I was originally on until the Great World Consolidation a few years back, wasn't the largest server, and their roleplaying community was small at the time. I created my Elf, who I've described in a previous article, to be a Noldorin exile who came over the mountains with the Sons of Feanor, yet still lingered in Middle-earth. I had a backstory set up, I had knowledge of the world that no other MMO world has been able to rival since, no matter how much I play the game. I was set up to succeed.

Then I started to try to roleplay with others on the server and realized immediately that I simply wasn't as creative as the next person. I could not think on my feet well enough in-character to keep up with the goings on with the community around me. While I felt prepared on paper, in practice I felt completely out of my element.

This more than a decade-old vision of myself colored my first thoughts this past weekend when I sat down at D&D for the first time in 20 years. A game that is all about roleplaying your character with others towards a common goal, I was scared that I would hold the table back by simply being both a D&D novice, but moreso just plain bad at RP.

And at first, I felt this keenly. Hearing Geri the Pitfighter next to me break into character so effortlessly, the gruff Dwarf Paladin/Druid commanding the room at the Red Rock Inn didn't help the seeds of imposter syndrome creeping in. Fervyn, the fighter in our group, played along just as well - and it made sense as the two players taking on these roles had played these characters for quite some time. 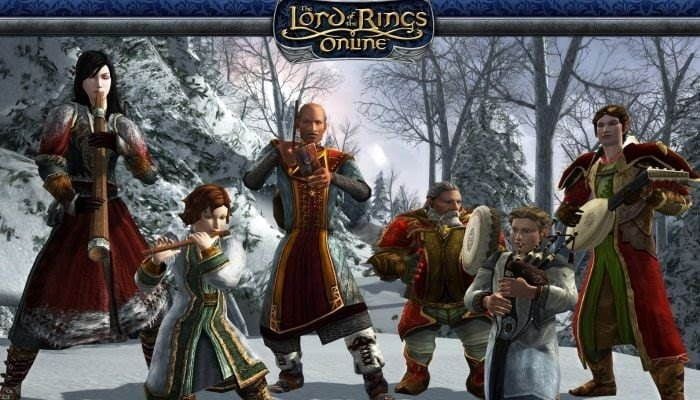 When my turn came around, however, the doubt kind of washed away initially. The actor took over, and I was no longer a dude worried about whether he was roleplaying - I was playing the role instead. I tried to frame answers and actions the way my character would, I tried to remember motivations when speaking or making a decision. My partner, who is taking on the challenging - yet seemingly fun - role of playing a Kenku named Clink (the sound of glasses clinking together, not the word) seemed at home performing their character's actions.

Throughout the night I didn't feel the same lack of wit or ability to think on my feet like I did during that first time trying to RP in LotRO. Honestly, time might have been what helped here too. I'm fourteen years removed from my attempts to RP with strangers in a game. Yet, while I was only meeting some of these people for the second time this weekend, it was much more comfortable.

It's actually made me yearn to try my hand at LotRO roleplaying yet again. While I do have a character on Landroval, the "unofficial, official" RP server of the MMORPG, it's mainly been just for attending events like Weatherstock and book reading clubs throughout the years. However, thanks to this real-life roleplaying experience, I might try my hand at in-game roleplaying once again. Who knows - stretching my RP muscles in LotRO might also benefit my tabletop sessions, and vice versa.

It might also get me to feel at home again with the roots of the genre, and maybe broaden my approach to MMOs in the future. Before I wouldn't even give RP a second thought - it just wasn't something I wanted to do. But now? Who knows?