In my house growing up, certain birthdays had certain gifts. When we turned twelve my parents saved and bought us a TV for our bedroom (though at the same time The Legend of Zelda: Ocarina of Time came out so I actually asked for that instead, causing I’m sure sighs of relief on my dad’s wallet). When we turned 16 we got our first computer as these were becoming more important for school and our parents wanted to set us up for success when we got ready for college. My older brother had a pretty decent computer, so when I turned 14 I asked my dad for a video game for my birthday.

Now I had never actually played the first Baldur’s Gate, but that didn’t matter at the time to me. I was deep into R.A Salvatore’s Drizzt series of books at the time and wanted to immerse myself in this world. My friends and I were planning our first full Dungeons & Dragons game with other people on the Air Force base we grew up on. I was eager to use Baldur’s Gate 2 as a way to learn Advanced D&D, while playing out what I hoped would be a great story.

I mean, what could go wrong?

Well, apparently my brother’s PC needed a new power supply – something we didn’t learn until we had to restart the PC to finish the installation. I effectively broke my brother’s PC (in his eyes) by trying to install my game onto the thing. I never got to play Baldur’s Gate 2 for at least two more years when I got my own PC. 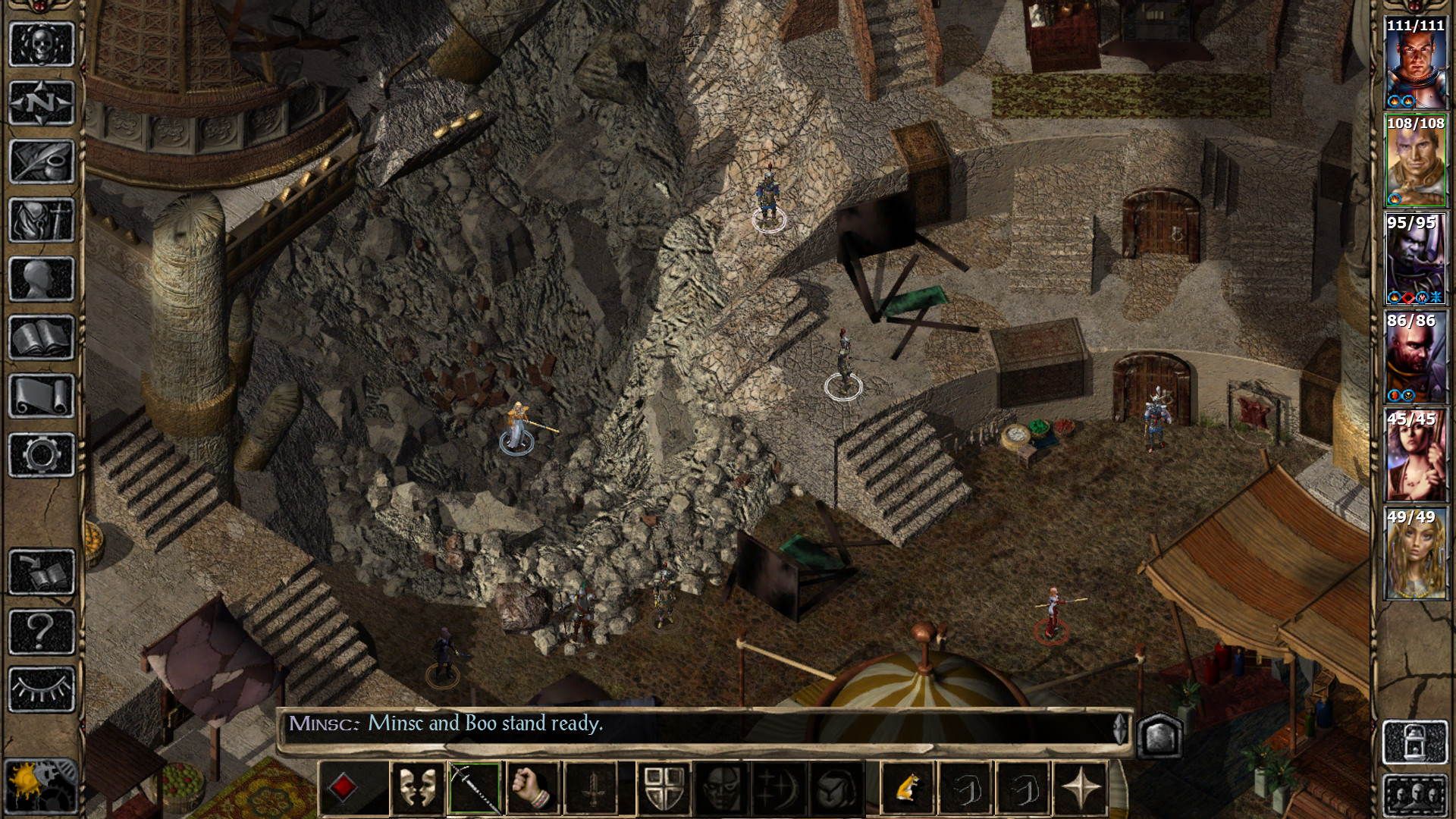 By then most of my friends had moved thanks to orders from the military and my D&D group was no more. It was the first – and only time – I really played organized D&D with a friend group. From then on my exploration with the world was through Baldur’s Gate.

However, fast forward almost 20 years later and I’m prepping for my first table top game of D&D since I was a sophomore in high school. And instead of making me super excited to pour over guides and player handbooks, I simply want to dive back into Baldur’s Gate.

One thing I’ve loved about Larian’s RPG titles is how you don’t have to rely on your own roleplaying skills to play a character with a backstory. The various stories told through the pre-created characters in Divinity: Original Sin 2 were some of the best I’ve experienced in an RPG. However, when talking with my girlfriend who is going to be a part of our playgroup (in fact, they are the one who invited me to play, nooblet though I be), I started to ponder the type of character I wanted to play.

Baldur’s Gate 3 has some interesting backstories for their characters, though one in particular stood out to me: Astarion. A High Elf who has been turned into a Vampire Spawn, effectively a thrall to his Vampiric overlord, the fact that a Mind Flayer tadpole is in his head gives him the freedom he so thoroughly seeks was a compelling hook. I’ve been drawn to Astarion ever since the first Baldur’s Gate 3 media demo I attended in San Francisco way back in the Before Times. I loved the character’s high-and-mighty attitude: Astarion is a noble, and he doesn’t let you forget it. 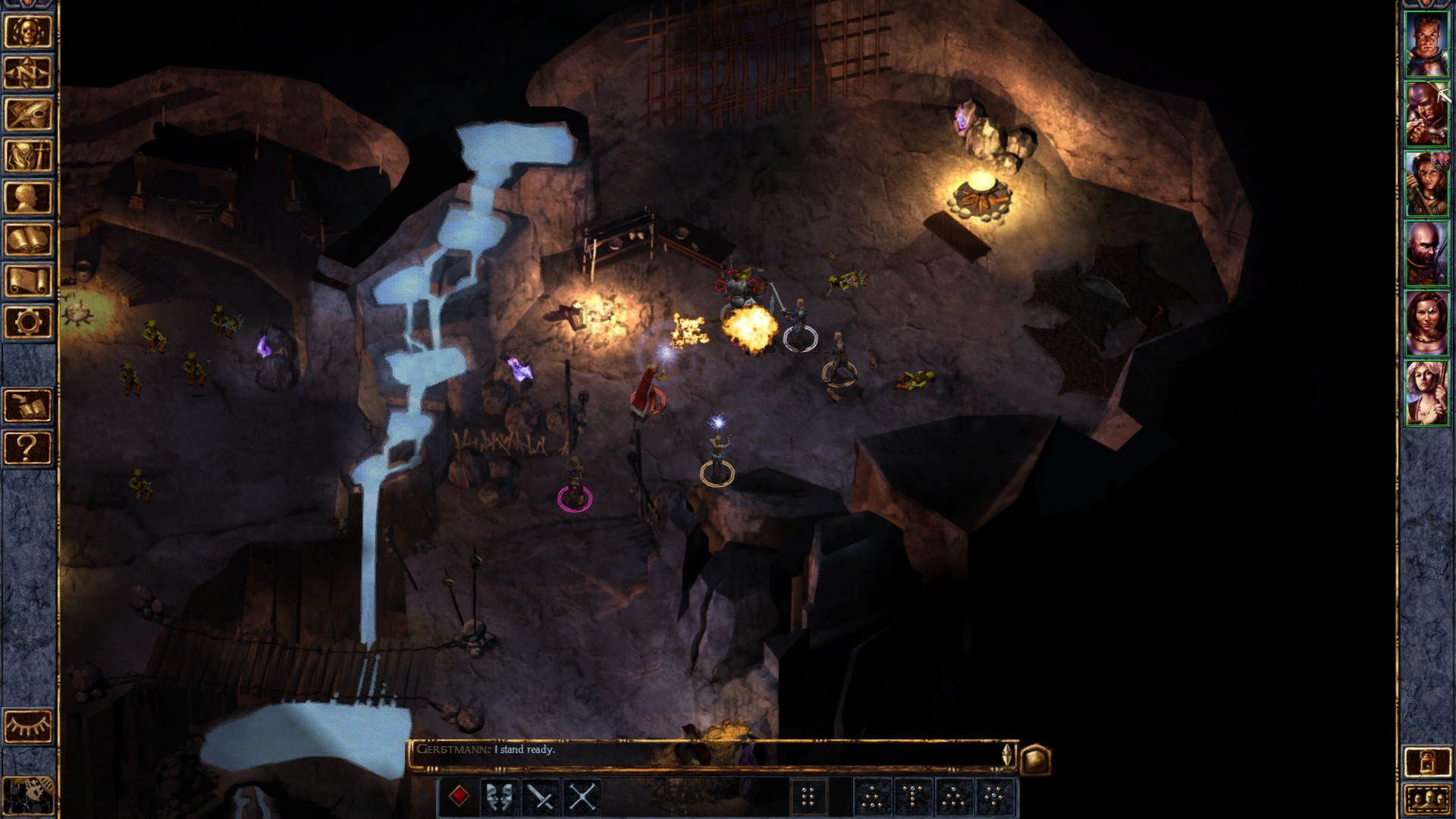 When crafting my character for this new game of D&D I find myself in, I started to glean some traits from Astarion without really realizing it at first. While I’m not playing a High Elf, I am planning on playing a Rogue. I’ve been leaning into the Noble backstory, though the more I think about it the character I want to build is likely more a Charlatan. I initially toyed with the idea of becoming a Vampire, until after discussing it further it seemed to be more of a hassle than it’s worth.

It reminded me of when I created my first character in Baldur’s Gate 2 when I could finally play the game as a teenager. Jewel, the Half-Elf Blade (a Bard subclass). Jewel could talk her way out of anything, using her smarts as a street rat to her advantage. If she couldn’t talk her way out of danger, the whirling blades of the…erm…Blade…would do the talking for her.

While I was starting the character on the second game in the series, so there had been adventures that led to this point, I went all in on creating an even more elaborate backstory. Jewel hailed from Calimport, a Bard to one of the merchant families who loved to display their lavish wealth to all who could see it. When Jewel tried to improve her station, the rigid hierarchy of the city left her destitute: no one was going to improve themselves, least of all servants of the great and wealthy. Slipping away, Jewel made her way to Beregost, and then eventually on to Baldur’s Gate itself.

I don’t actually remember much since then, and I’ve lost the old character sheet almost two decades later. But I do remember taking my character made in BG2 and playing my first ever D&D campaign with friends using my quick-talking Blade. 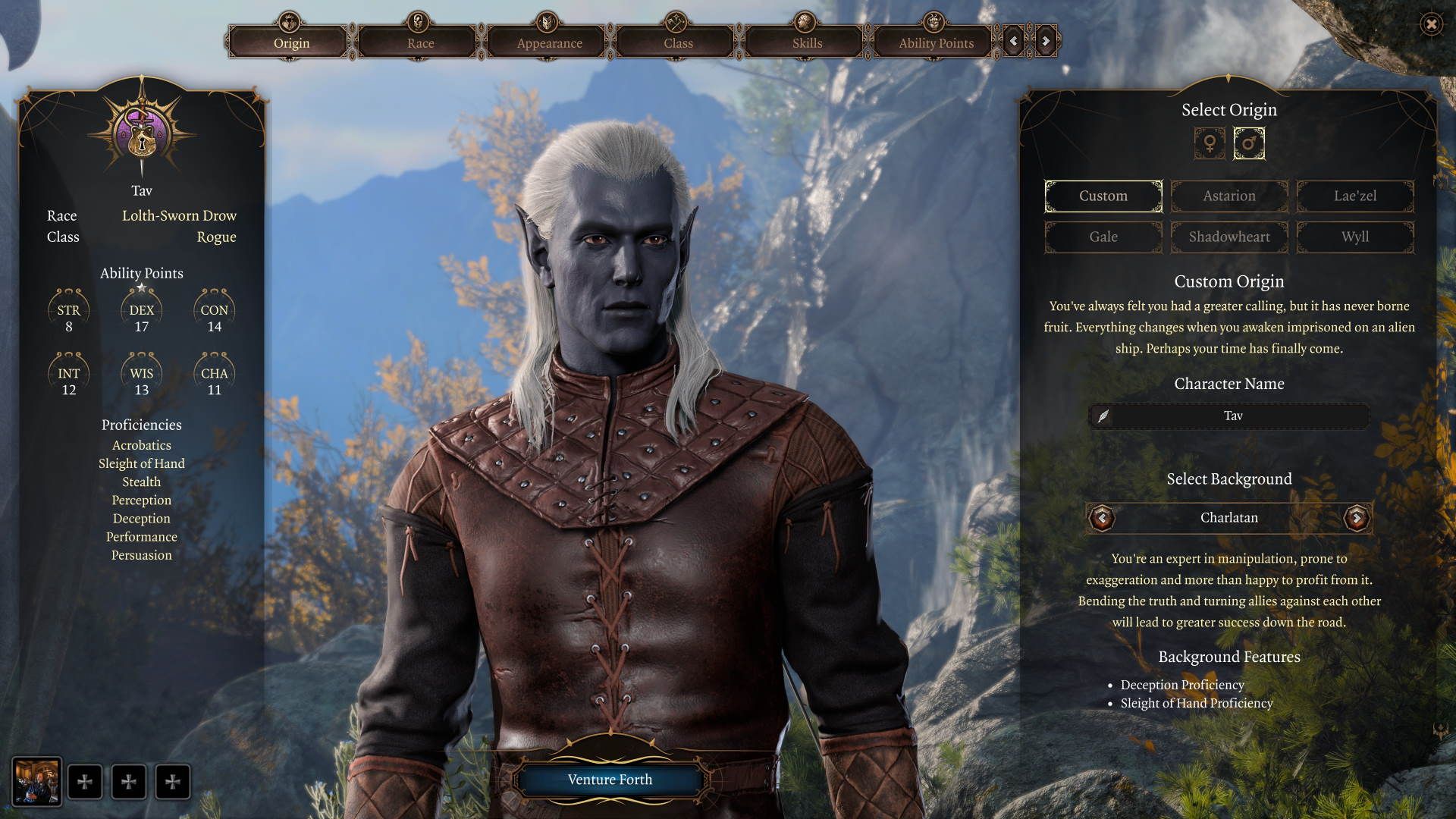 Now, though, I’m playing a Rogue in this upcoming campaign. A Drow Rogue Noble who has escaped the destruction of his noble house and is hunted by the Drow of Menzoberranzan.

Thankfully, there is a way to start familiarizing myself with the world and some of the rulesets I’ll be encountering in person.

Baldur’s Gate 3 specifically has become the window where I feel like I’m slowly relearning some of the mechanics that I’ll encounter in the table-top game in a few weeks. Saving throws, perception checks, intelligence checks, and more – learning when those are important and how your dice rolls and modifiers either succeed or fail those rolls goes a long way towards me feeling comfortable during the course of a campaign.

It helps too that Baldur’s Gate acts as the DM. I don’t need to worry about when I would roll the dice so much as the game prompts me for those throws. As such, I feel like the player character I was back when I was 15 playing for the first time with real friends, huddled around a table in my friend’s garage.

It’s not a perfect education, mind you. Because Larian has hidden much of the base interactions under the hood for the most part, the important bits are what you see. But it’s enough to remind myself to roll for initiative at the start of battle (the game does this for you, but the tutorial reminds you that’s what’s happening), as well as how positioning, line of sight and much more play into battle. While not every DM is going to go full on maps and grids (at least in my experience – keep in mind, I’ve not played it really in almost 20 years), these things all matter. 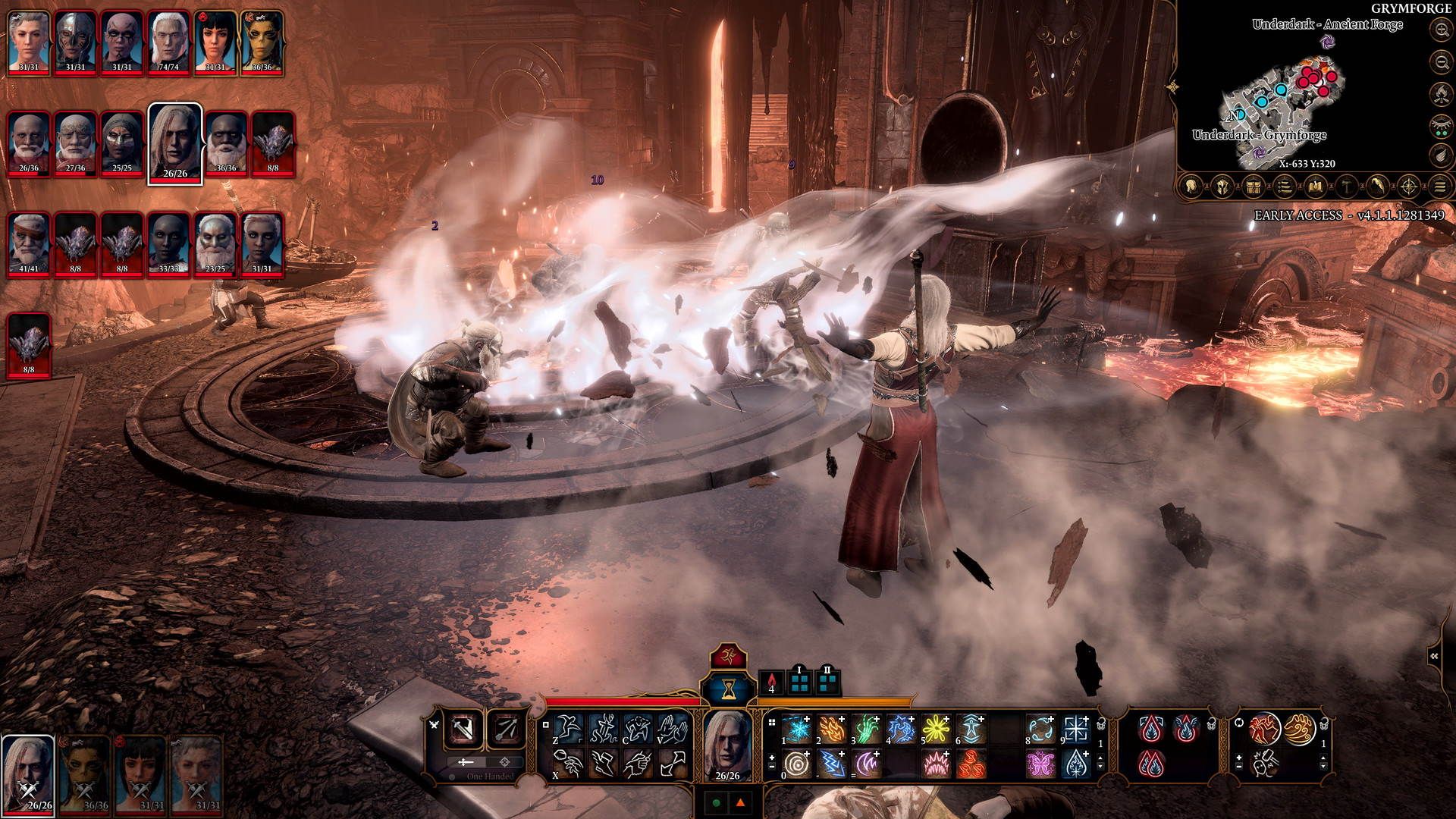 It’s also teaching me how to play basic Rogue, from how to initiate sneak attacks to ensuring I’m staying mobile on the battlefield, using all of the terrain to my advantage.

Outside of combat, I’m laughing at how horrible my dice rolls are when doing perception, intelligence or dexterity checks. When pulling the Intellect Devourer from the head at the start of the game, my incredibly high dexterity Drow Rogue failed his check (Had to hit a 10, and even with +3 to Dex I still only got a 7. Cue Sad Trombone). Watching this supposedly nimble and graceful Drow struggle to dig out the brain carefully sent me into a fit of laughter.

Prepping for the table

All this is to say that Baldur’s Gate is actually prepping me for the campaign in a way that I didn’t appreciate when I first started playing BG3 last year when it hit early access. In a way, most of my experience with Dungeons & Dragons has come from this series. Playing Baldur’s Gate 2 growing up, and eventually playing through the classic games when the Enhanced Editions released a few years back has reminded me of why I love the setting and idea of this grand-daddy of tabletop RPGs.

It helps too that my first game in nearly two decades will take place in the Forgotten Realms. While we won’t be adventuring near the Sword Coast (at least, as far as I know), it’s a familiar world, though I would be just as at home if we decided to, say, Return to Ravnica.

One thing is certain, though. Getting ready for my first game in such a long time as made me yearn to jump back into the epics that introduced Dungeons & Dragons to me. The Baldur’s Gate series has meant a lot to my life and my formation as an PC RPG nerd since I was in high school. It’s nice to find that desire to jump back into the world based on something other than I happened to be scrolling through my Steam library, looking at the backlog.