Horizon Zero Dawn is a game I have wanted to play as soon as I saw the first trailer for it at Sony’s 2015 E3 press conference. I was immediately intrigued by a game that looked like it took place in an alternate version of the American West but one after the fall of “modern” civilization. The incredible mechanical dinosaurs roaming everywhere looked fantastical. Aloy seemed immediately compelling as a character, and the combat seemed like it flowed seamlessly with exploration. I sadly hadn’t been able to get around to it, though. So, when the opportunity to review the PC edition of Horizon Zero Dawn came up, I leaped at it.

Somehow throughout the years since its release, I had avoided, or forgotten, any real spoilers about the game. Which was quite helpful in the opening minutes of gameplay where to my delight and surprise, I found I was able to play six-year-old Aloy. This is especially effective as a tutorial because it makes sense for her to not be very good at fundamental things. It also worked well to let me discover a lot about the history of their world and get a good general understanding of the world. Aloy’s journey of discovery has mirrored my quest for knowledge in HZD. 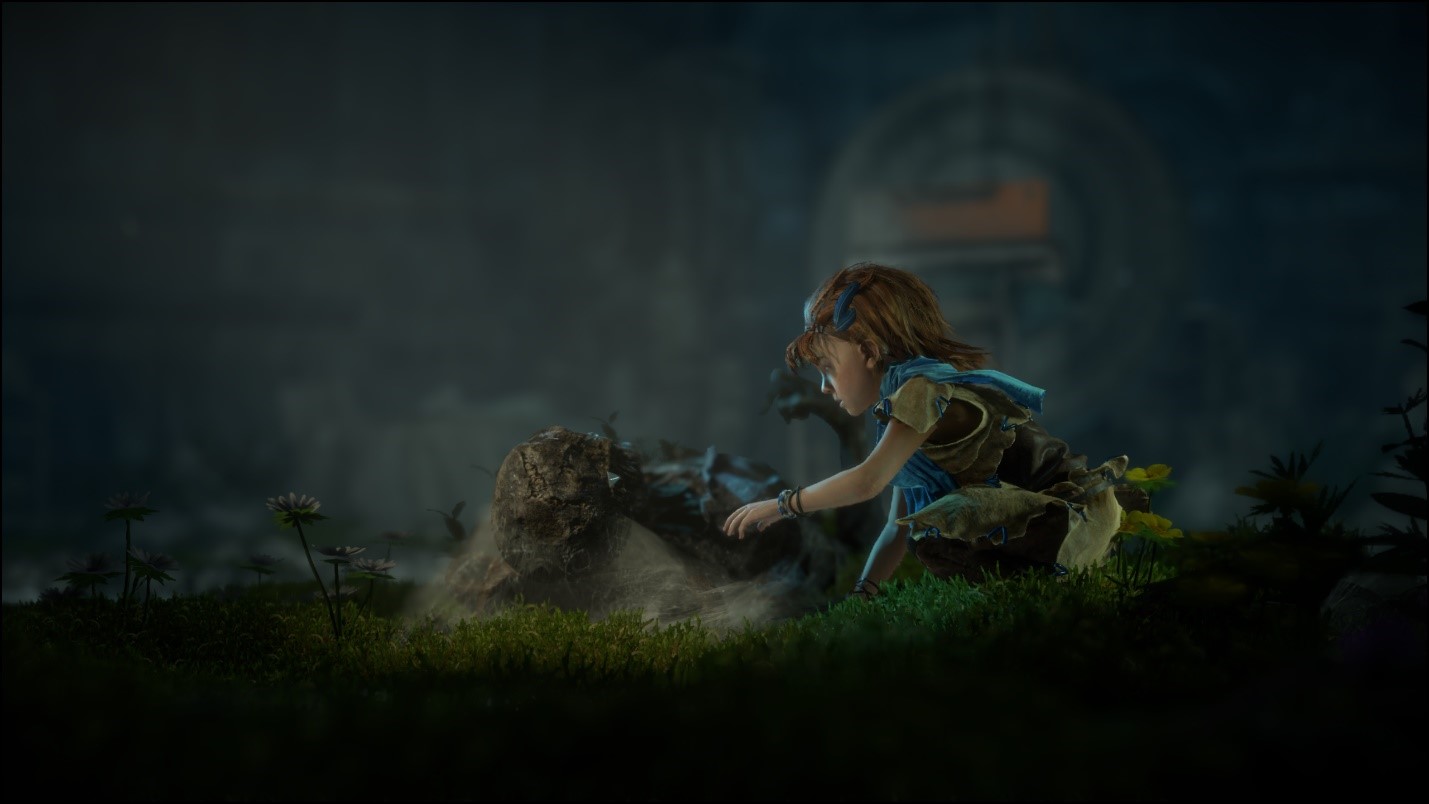 I’m not far into the game yet, but I already love just existing in the world and exploring. Even if I’m not directly working on an objective, every moment in-game feels worthwhile, and like some significant discovery is just around every corner. I particularly love how Guerrilla Games interwove stealth aspects into regular exploration and combat. I always feel like I need to be on my toes and aware of my surroundings at all times because who knows when a watcher might suddenly be there. It reminds me of how I felt exploring in Witcher 3. The world was dangerous, and death might be found at any moment, but it was exciting, and I had fun even when I wasn’t directly working on a quest.

One aspect of HZD PC I was a bit nervous about was the controls, because generally when it comes to action RPGs, I tend to prefer a controller to mouse and keyboard. Thankfully though, the controls are incredibly intuitive. Most of the time, I found myself pressing the correct keys before the help text popped up, telling me what I needed to do. Combat, especially using the bow, feels natural, and if I’m careful, I can typically takeout mobs without them finding me. Melee feels a bit rougher, but that might be me being less comfortable with it than there’s an issue with melee combat. I’ve honestly not felt the slightest impulse to switch to the controller.

Honestly, the only area Horizon Zero Dawn falls short so far is in performance. When I first booted up HZD, there was a screen informing me that my settings were being optimized for my system, and this might take a few minutes. It ended up taking ten minutes, which would have been fine, but when the opening cinematic started up, it was running at 25 FPS or lower for most of it. If that wasn’t bad enough, I also had three different crashes during the intro with Aloy as a six-year-old. I did have access to the day one patch which did help the FPS situation some, though I still had random stutters. Also, it did not help with the crashes early in the game or the ones I encountered as I progressed through the story. 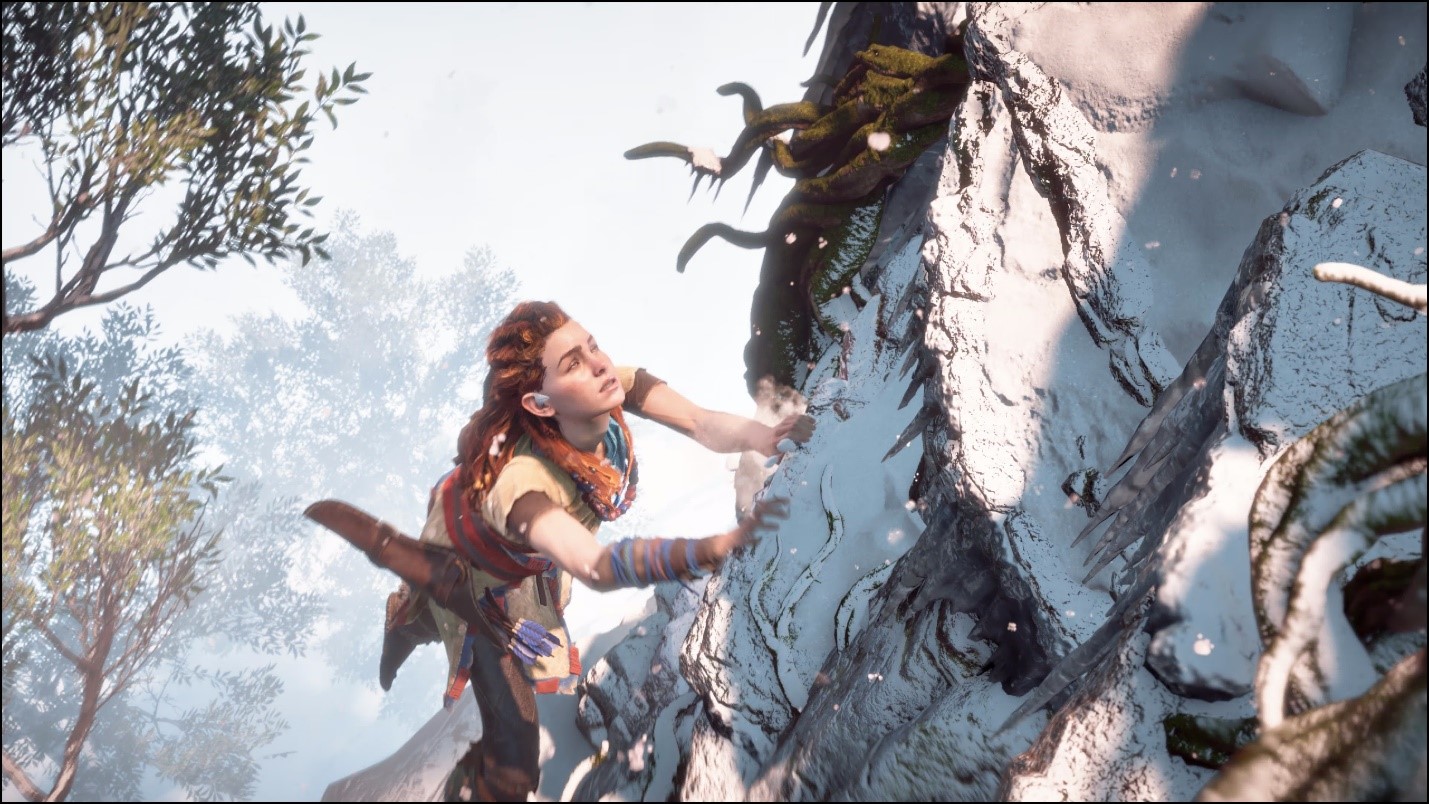 What made all of this worse is there is a benchmarking tool which runs a snippet of the game world in a busy city with music playing to test how well my computer would be able to run HZD. I would have thought after the ten-minute setup tool; my settings would have been set so everything would run smoothly. However, changing settings seemed to not only make no difference in-game but also in the benchmarking tool. Overall, the performance has been disappointing. For reference, I'm running an Intel i7-8700 @3.2 GHz, a GTX 1080, 48 GB of RAM, as well as running Horizon at a resolution of 2560x1440.

So while my system is two years old and there are new fancier things out at this point, it also isn’t a potato. These performance issues are really the only downside I’ve had playing Horizon Zero Dawn so far, and hopefully they’ll be able to get everything worked out so it will be a better game experience soon. The main take away here is the game itself is excellent, but there are some performance issues which weren’t solved by the day one patch. Hopefully, these issues can be ironed out quickly, because this is a game worth playing.