Every gamer loves to customize their character to make them their own. That term can mean many things depending on who you ask, though. For some, it might be having the tools to create the perfect avatar during character creation. For others, it can mean having flexibility in assigning stat points or a variety of skills to choose from when leveling up. It could even be something as simple as having the cosmetic items needed to channel your inner fashionista. 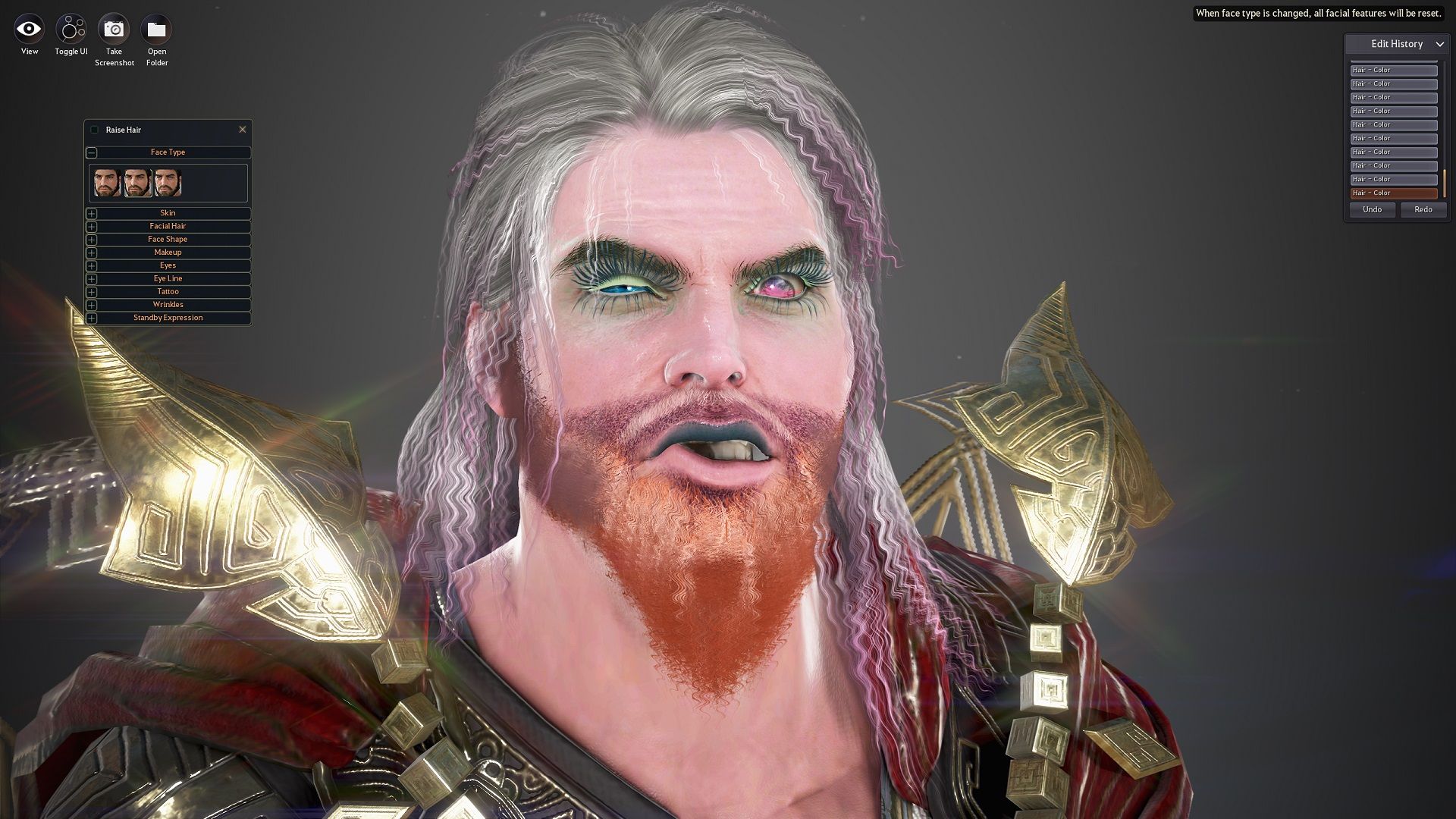 BDO is arguably one of the most beautiful-looking MMOs out there, and it would be a shame if you couldn’t put some of that beauty into creating your character. Fortunately, developer Pearl Abyss was up to the challenge, and I dare you to find a character creator, MMO or not, that gives you as many options as the creation suite you’ll find in Black Desert Online.

While other MMOs consider a few sliders and a large color palette good enough, BDO takes creating the perfect avatar to the next level. Each body level is broken up into multiple, individually adjustable sections, giving you ultimate control of your character’s physique and facial features, for better or worse. 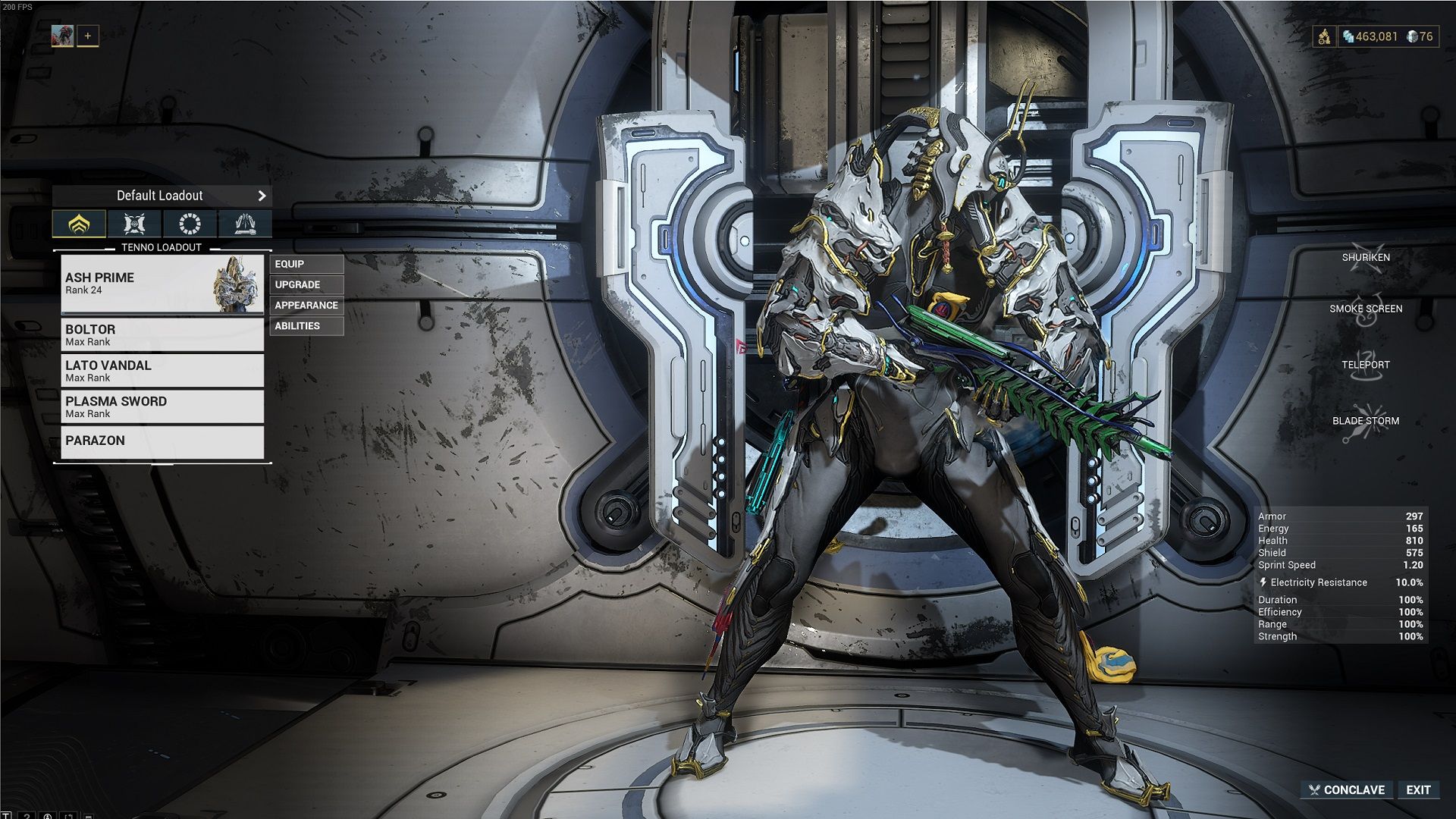 When it comes to character customization, Warframe is slow out of the gate. No stats to adjust, no face or body to choose, just a choice of three basic Warframes (sci-fi ninja armor) to pick from, each providing a set of four abilities that help define your playstyle. Add in a couple of weapons and you’re on your way.

From those humble beginnings sprouts extremely deep character customization options, both in form and function. Counting standard and Prime variants, there are currently over 80 Warframes to choose from, with options that cover the holy trinity and beyond. And with a mod system that covers not only your Warframe’s base abilities but also your weapons, pets, and sentinels, you’ll almost drown in the customization options available.

In Warframe, though, it isn’t just about the skills and kills. You’ll want to look good too. So after choosing the perfect color scheme for your kit, you can also accentuate your style with capes, sigils, emblems, and more. With so many ways to customize your Warframe, there’s no way someone else will create the exact same look unless they are trying to copy you. 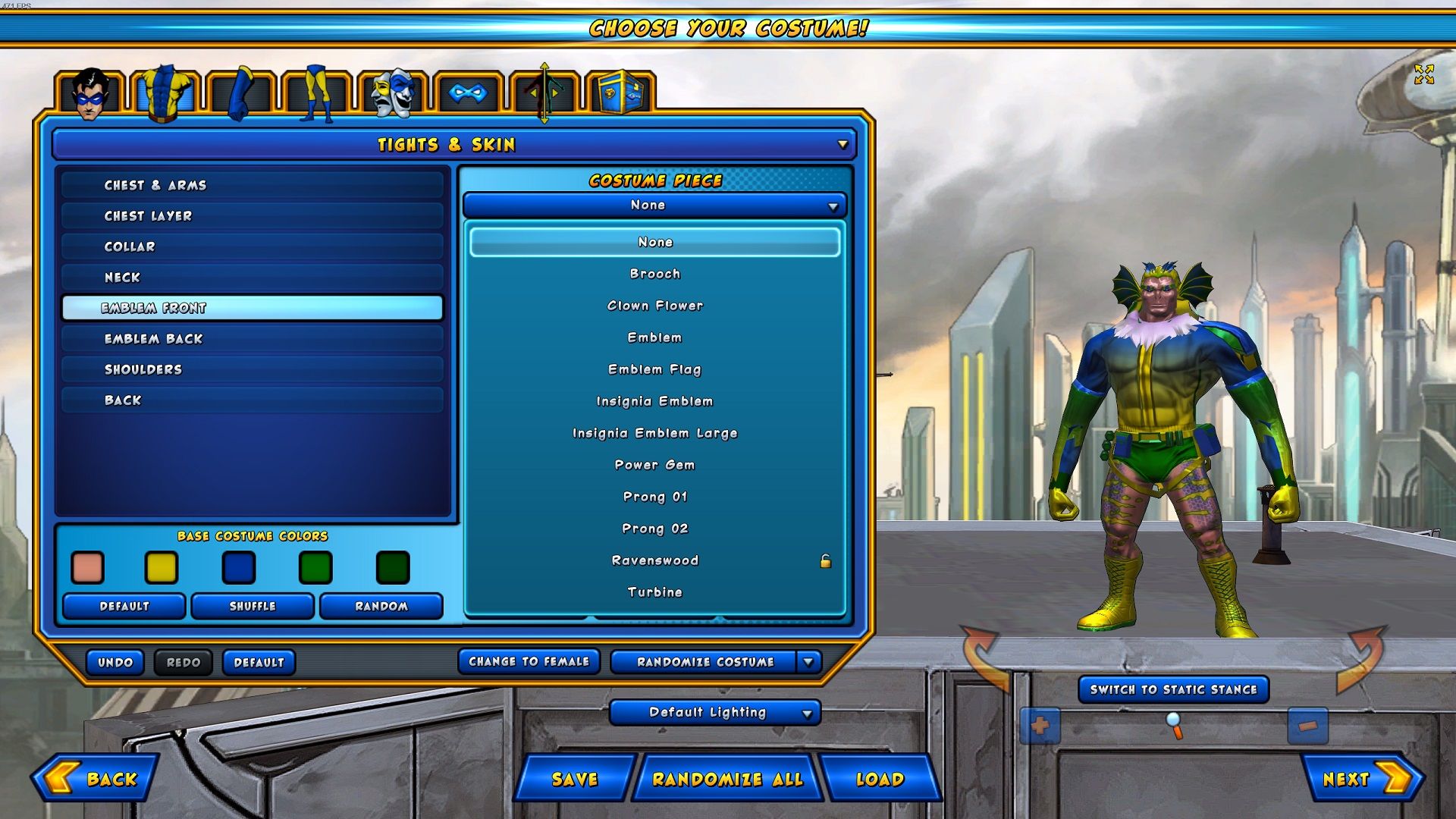 With hundreds of options from humanoid to beastly to alien and everything in between, you can spend hours sifting through the different body parts to create the perfect look for your character. Each costume piece can be further customized by choosing its material and pattern, and then dyed in primary, secondary, and tertiary colors. As if that isn’t enough, you can also tweak your hero’s physique by fiddling with sliders to change the size of everything from your head to your toes. If you can’t create your iconic superhero look (or copy your favorite hero’s look) with Champions Online’s character creator, you aren’t trying hard enough.

If there’s one game on this list that goes into “overkill” territory with its character customization, it has to be Eve Online. With the tools at your disposal, you can create an avatar that would rival most others on this list. The funny thing, though, is that no one ever really sees it.

Although Eve Online’s avatar creator could make this list on its own accord, the real reason we’ve included Eve Online is the freedom you are granted with your character’s progression. Unlike many MMOs where your character’s class will dictate the skills available to you, Eve Online stays true to its sandbox roots by allowing you to piece together your training as you see fit. Whether you want to be a feared pirate or spend your life as a peaceful miner, you get to choose which skills you want to learn and in what order you want to learn them. Then complement those skills with the right ship and loadout, and presto, you have a character that’s all your own. 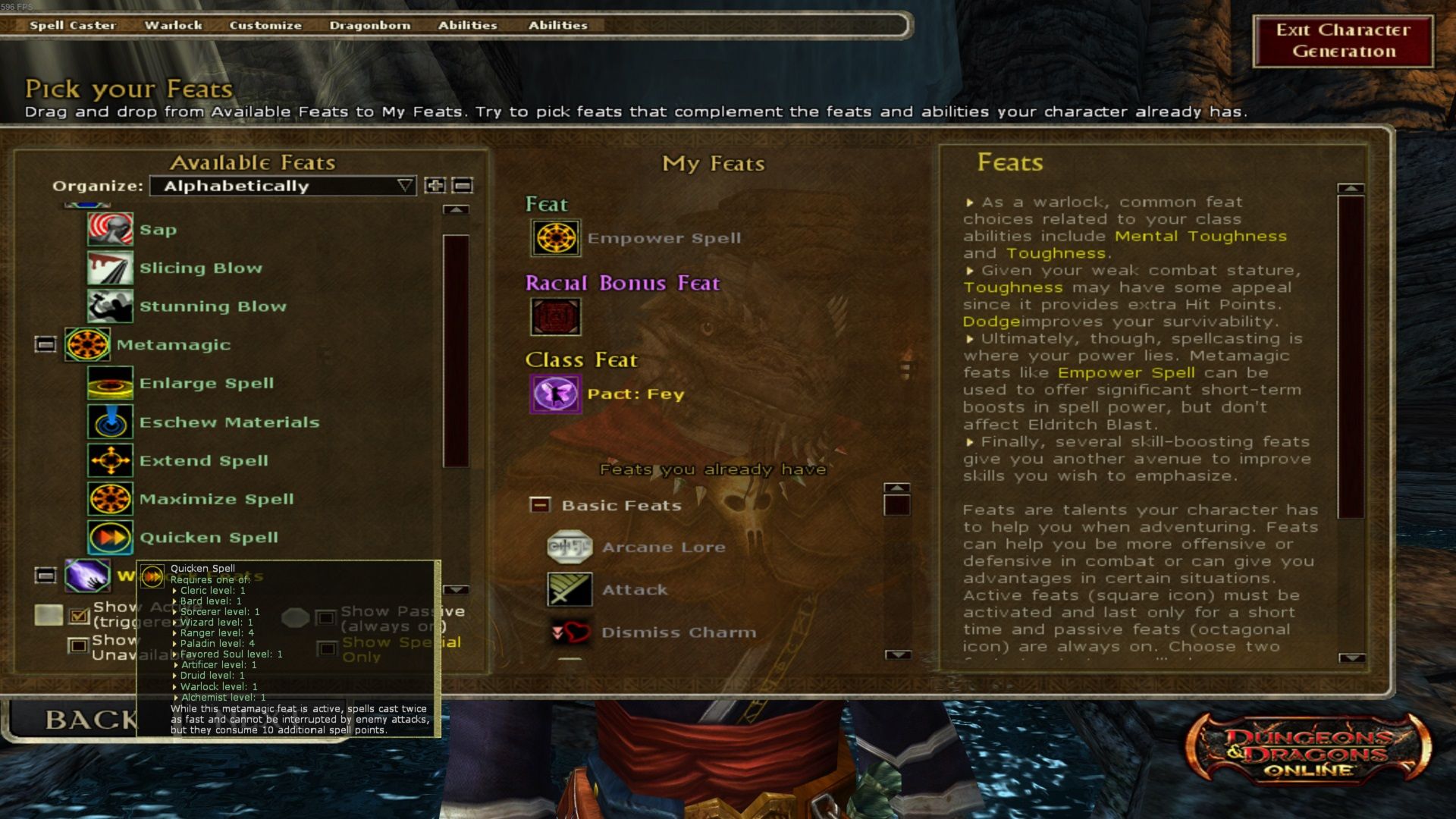 The graphics are dated and you won’t have body or face sliders to tweak, but you’ll be hard-pressed to find any MMO that comes closer to giving you that authentic D&D tabletop character creation than Dungeons and Dragons Online. In DDO, you build your character from the ground up. You’ll find all of the D&D staples here - 20 races (including their modifiers), 15 classes, gender, and the 6 standard stats are all set by you, and that’s just the beginning. You’ll also assign your skill points to your combat and non-combat skills, followed by the picking of your character’s feats and spells. The D&D system doesn’t stop at character creation, either. As you level up, you will continue to flesh out your character in true D&D fashion, including the ability to multiclass and gain epic level feats. 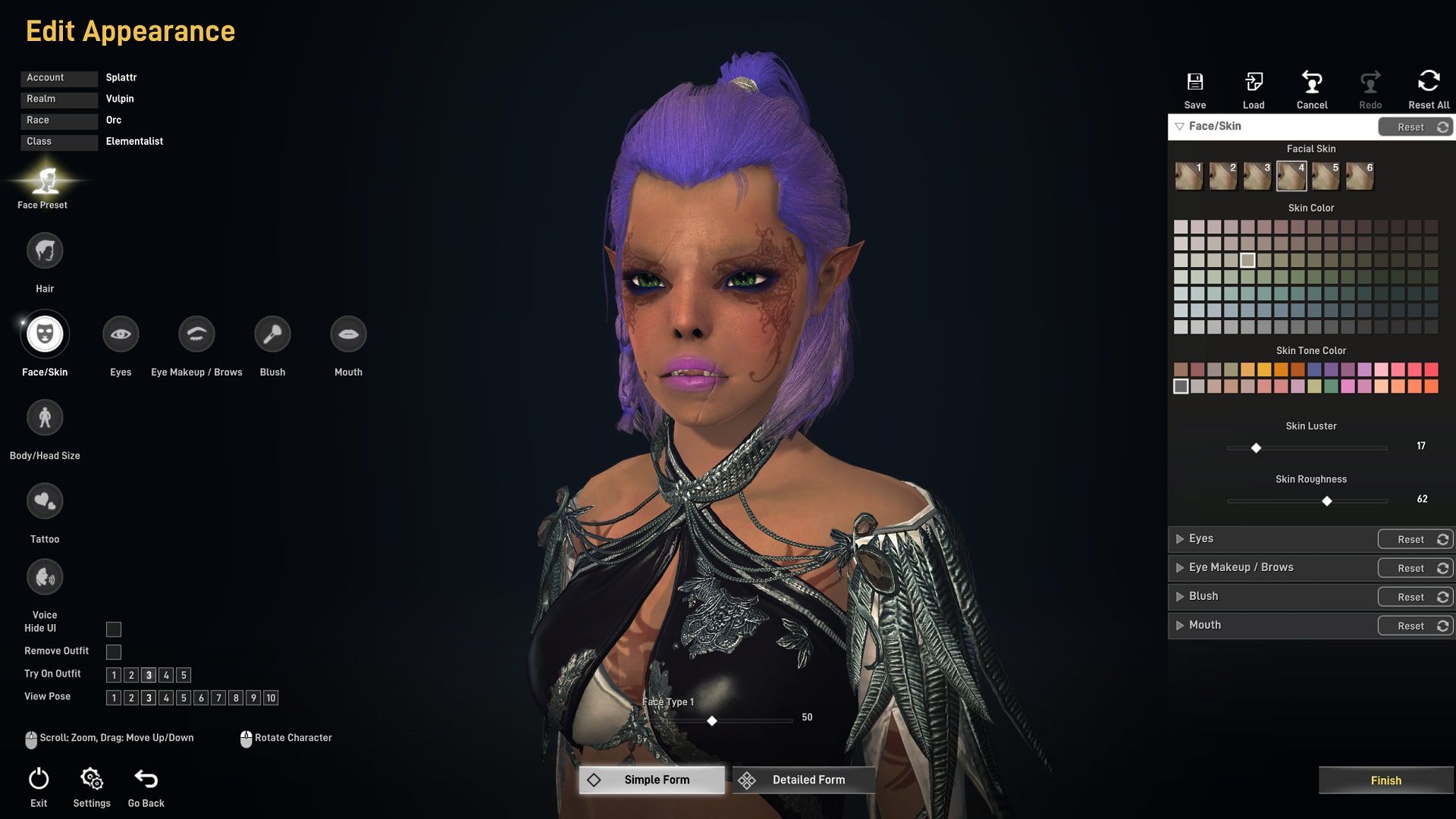 If the thought of trying to navigate the complexity of BDO’s character creator gives you chills but you want more than a handful of faces and hairstyles to choose from, then Elyon will be right up your alley. The newest MMO on this list, Elyon finds a nice balance for character creation. You still get a plethora of options to tweak your face and body but it’ll only take an hour or two to work your way through all of the options at hand. Oh, and they have a furry race if you’re into that sort of thing.

Picking a class in a classic MMO is a defining moment. It determines whether you will be taking on an offensive or defensive role, going melee, ranged, or magical, and even dictates what type of armor and weapon you will have. In the 2010s, some MMOs started adopting the idea of a more open class system, where simply changing your weapon could change your role in the party. Although this allows you to quickly switch between, say, being a tank and going full DPS, it still doesn’t provide a lot of flexibility in each individual build.

Rift takes a slightly different, more elegant approach. Instead of attaching roles to weapons, Rift still sticks with five basic class archetypes, or Callings in Rift terminology - Warrior, Mage, Rogue, Cleric, and Primalist. Within each archetype, though, players are able to mix and match from multiple Souls (aka skill trees) to change up their role on the fly. With 10 or so Souls per Calling, players are able to combine souls in a manner that lets them play any Calling as they see fit, and the use of multiple skill trees gives you greater build flexibility than many other MMOs. Do you want to be a Cleric that puts out DPS instead of heals? Go for it. You can even make a Mage or Rogue tank if you wish.