Last week Blizzard announced the Burning Crusade Classic beta has officially started, and we can take our first steps back into Draenor. Starting beta now was a pleasant surprise since they only announced BCC in February during BlizzConline. I figured we wouldn’t likely see beta until April at the earliest. I’m super happy to have been wrong, though, because this gives Blizzard more time to get everything in the right place before launch. Not wanting to waste a single moment, I jumped right in and checked things out for myself.

Currently, players in the BCC beta can either copy their characters over from Classic or create a template character that starts at level 58 with a standard gear setup. There’s also a satchel of useful things given to each template character, which contains some food and water, some alternate pieces of gear, and a mount. The gear is decent enough, though it doesn’t entirely cover all the bases. As a Druid who prefers to be feral, some of the gear wasn’t all that useful for me. However, one of the upsides is through doing quests in Hellfire Peninsula, I quickly received rewards that were much more fitting for my chosen playstyle. 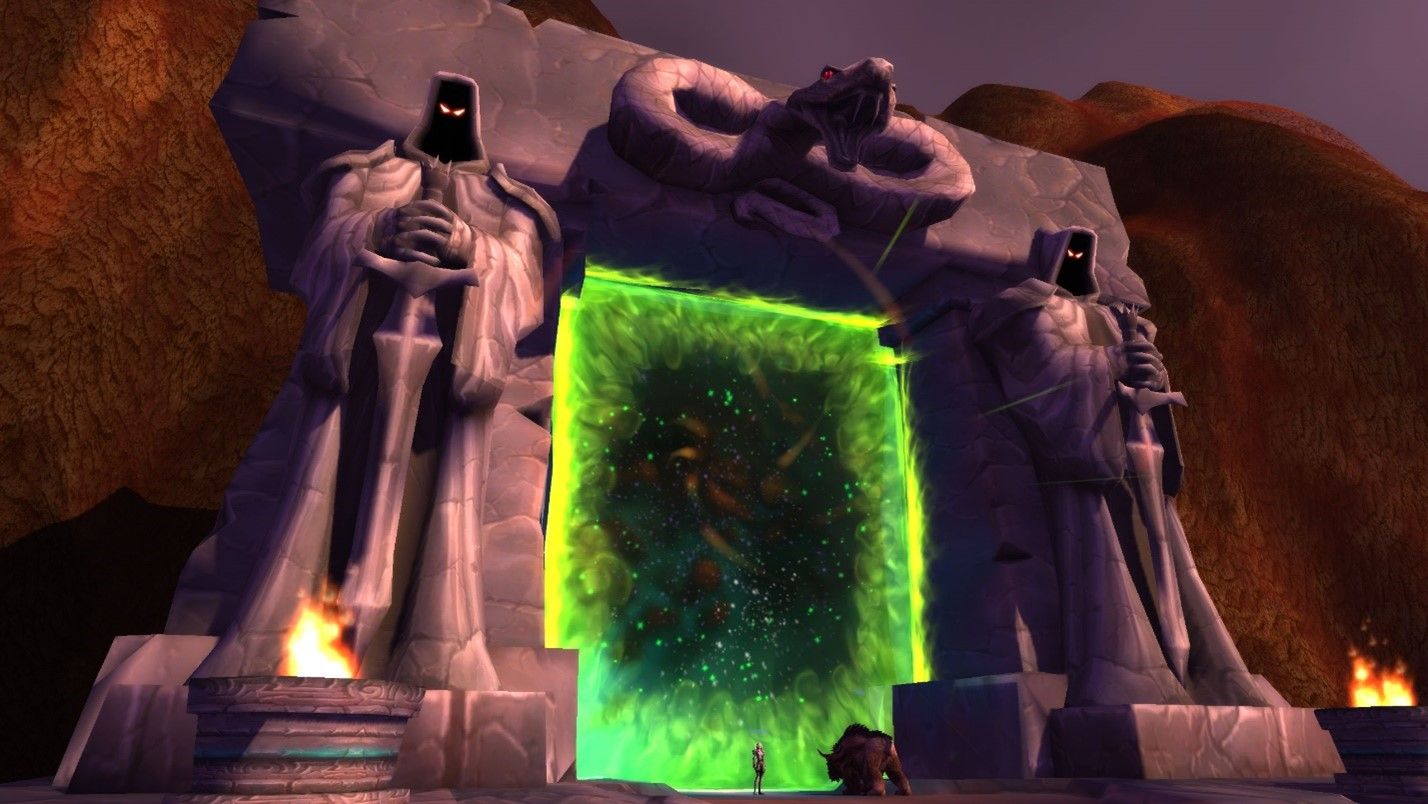 One change I had forgotten about going from Vanilla to BC originally was how much the talent trees changed for some classes. Obviously, more rows were added since ten more levels were added to the game. However, some talents were moved to different trees, while others were either removed or changed in how they work. For example, feral druids in Classic often wanted to put some points into Balance to get Natural Weapons and Omen of Clarity. However, in BCC, the Natural Weapons talent has been overhauled to Focused Starlight, which no feral druid would want. In addition, Omen of Clarity is now in the Restoration tree (and has been slightly adjusted). There’s plenty of other changes to get into later, but the changes to the talent trees were something that surprised me a bit.

As much as I would have loved to jump right into pre-patch content and get the whole “heading into BC” experience again, I wasn’t surprised to see it isn’t active. Instead, I appeared right outside of the Dark Portal, and after a short conversation with Watch Commander Relthorn Netherwane, I was on my way through the Dark Portal. Which I’m not entirely convinced is the right choice at level 58. As I previously mentioned, I did get some excellent gear quickly from doing this, but the level differential on quests could sometimes be painful. Also, I saw quite a few quests that I couldn’t’ pick up due to my level, which resulted in feeling like I wasn’t making the best use of my time. I’ll have to poke at things more once we are closer to launch, but as of now, I’m not sure heading through the Dark Portal at level 58 is the best choice. 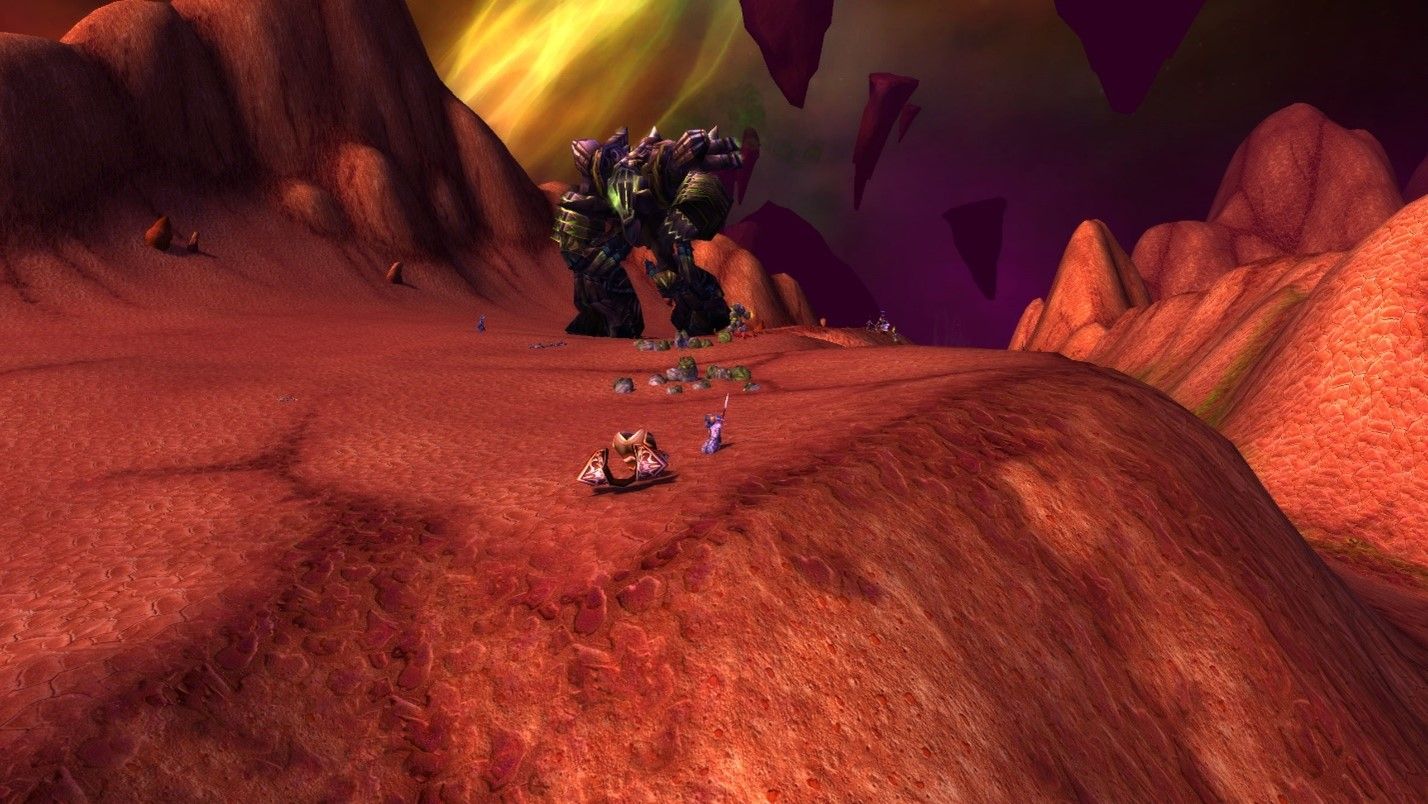 I have to say my first steps back into Hellfire Peninsula were much more exciting than I thought they would be. I always remember Hellfire Peninsula as being very red, with lots of boars who somehow are headless, and a place I always wanted to get out of as soon as possible. Surprisingly, this time around, I enjoyed exploring and checking out the scenery. Even though all of the creatures are dangerous to me, I had a lot of fun wandering around. Also, from the few players I have run into, the Classic mindset seems to be carrying over. There was one point when I had accidentally aggroed more Orcs than I intended and was well on my way to dying. Another Druid just happened by and healed me and helped kill them. It was fantastic and saved me from having to wisp my way back and possibly getting attacked again.

I haven’t run into very many issues thus far, although there was one quest that I could do over and over and over, and I’m pretty sure I’m not supposed to be able to do that. I think after that quest is completed, it’s supposed to become a daily quest. Maybe not, though. Either way, that’s the only issue I’ve run into so far. I’m sure as the beta continues and more players are let in, more bugs will pop-up. I can’t wait to spend more time poking around on the beta. 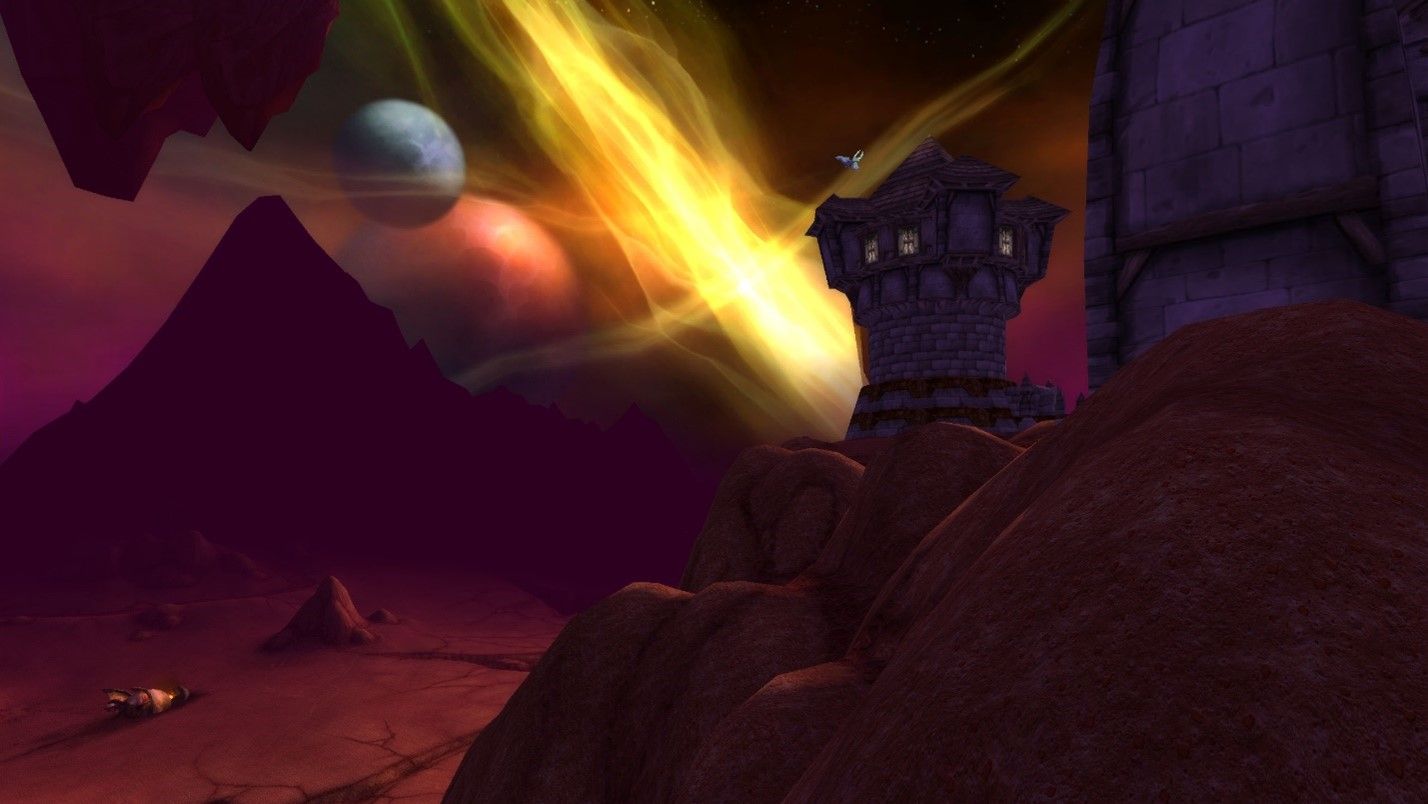 Is there anything you would specifically like me to check out on the beta? Anything you’re curious about but haven’t seen discussed? Also, please remember there are no keys for the beta. If you are granted access, you’ll receive an email (which you don’t need to do anything with), and “Burning Crusade Classic Beta” will show up as an option in the Bnet client. I look forward to seeing more people running around!