For all the victories that Shadowbringers achieves, its journeys on the First still leave questions on the Source, where our character hails from as the Warrior of Light. This means Final Fantasy XIV has a lot of ground to catch up on, especially given our primary protagonists have literally been in another universe for a while.

In short, this also means players are wondering—where do we even begin? And it seems we’re starting with some welcome bonding time. This doesn’t mean the content of this new patch, named Futures Rewritten, is a welcome-home tea party. It progresses through many loose ends skillfully and leaves players wanting to see the future of Eorzea and beyond.

Lessons learned in the First join welcome company, new and old, to create some powerful experiences. It’s hard to discuss it without spoiling much, but while recent experiences make anything short of a world-threatening enemy seem less impactful on paper, Futures Rewritten’s main scenario has some serious implications for the Source. But it’s also a joyous celebration of what we have accomplished, and, of course, a preview of what’s to come.

Our most recent Scion addition is given a warm reception, in a way. We’re thankfully tasked with not going to, as they call it, “stuffy meetings,” and the Scion accompanies us for alternative yet still important tasks. The writing amusingly retreads much of what makes them a welcome and memorable character, while also tapping into their knowledge earned throughout the story. Their presence has an impact, and they’re clearly happy about it.

The La Noscean Admiral Merlwyb, a western fanbase favorite, also gets a ton of meaningful screen time. In fact, La Noscea as a land receives plenty of exposition regarding its past and present. Players have been asking for a long while to see more development from this front, and it’s great to finally see it.

That’s basically to say this is a massive fanservice arc for these two characters, and I don’t mean that in a derogatory way. Their stories don’t just serve to elevate the characters alone; their presence is powerful against a grander set of conflicts. It doesn’t mean these characters are perfect, though it certainly arguably affirms that Merlwyb can step on anyone and nobody would complain that it’s against the lore.

And then, of course, there’s our new post-Shadowbringers villain. Revealed in the prior patch, a common complaint was of their obnoxiousness, but that felt welcome in contrast with their new ally, a returning antagonist. We finally get a soliloquy from them in the patch finale, and anyone who was looking forward to their continued presence will sure as hells get it. We now have a motivation and a general plan, and fascinatingly, lot of the justification would feel cheap had Shadowbringers not set up the madness of this brand of villainy so well.

Similar praise regarding character presence can be said of the Eden raid series as it wraps up. While these quests don’t completely make up for a lack of real progress regarding Gaia’s character, we get a lot of heartwarming development and serious lore discussion. Admittedly, it definitely is difficult to make a truly satisfying ending after the rest of the series, especially not with the departure of the rest of the Scions per the game’s established timeline. Plus, the lore we learn seems a bit heavy-handed for the dosage we receive. Regardless, with the Scions gone, we finally get time to learn more about the characters we’ve already spent so much time with. 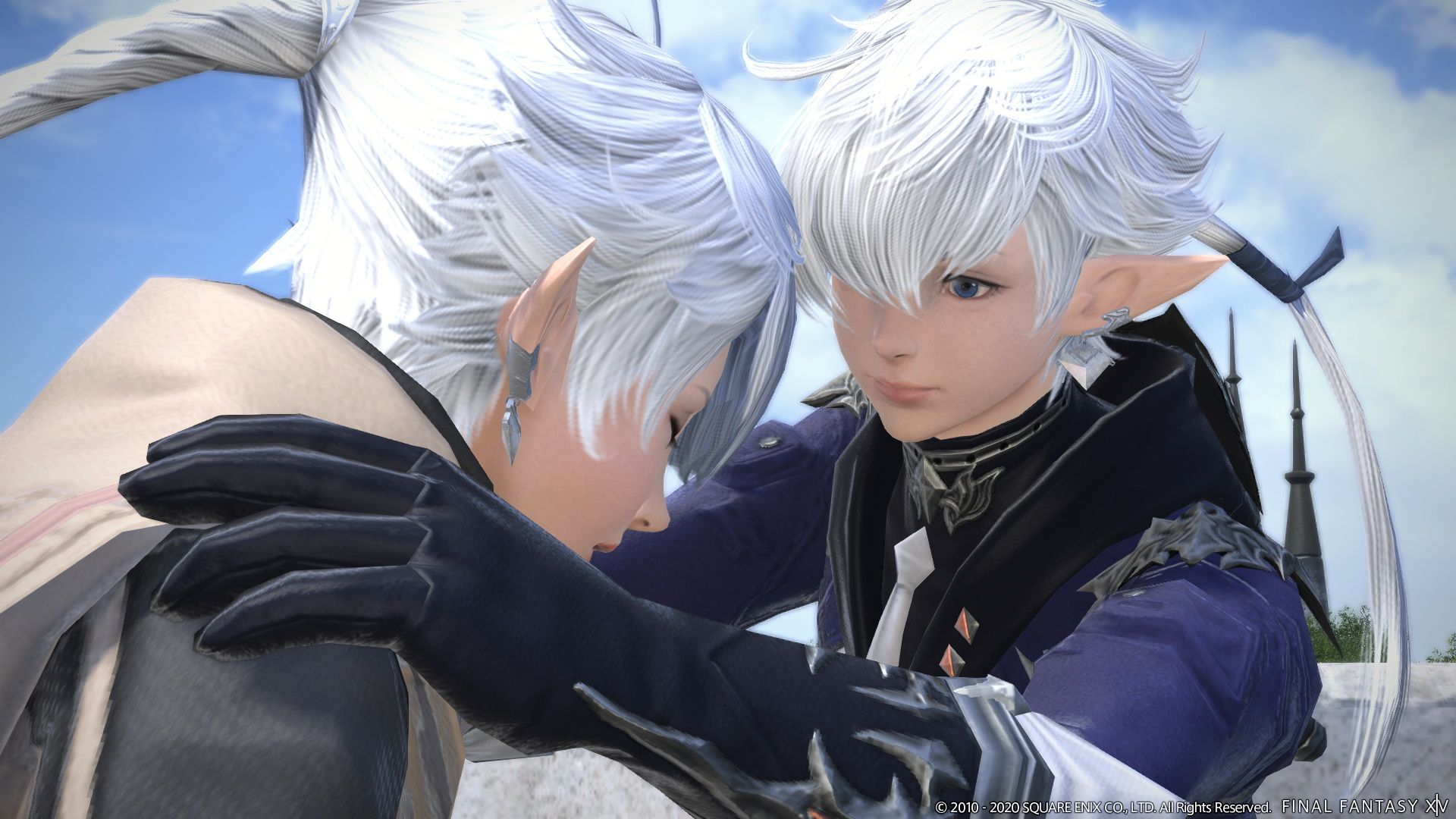 And a bit of the character focus shines through in the new Sorrow of Werlyt trial, too, though not so clearly. This patch’s storyline continues to follow the totally-not-political (/sarcasm) implications of the Imperial nation’s politics on even the lowest-ranking footsoldiers. Rather than emphasizing our primary ex-Garlean ally’s strengths and weaknesses through his own development, we see it in contrast to his replacement’s tyrannical, abusive leadership, and the complex sentiments held by those who knew our ally in the past.

The result of FFXIV’s continued emphasis on plot allows the gameplay to shine as well. While 5.4’s new gameplay content doesn’t bring anything too wild to the table, it’s certainly worth the time. Matoya’s Relic, the new Main Scenario Quest dungeon, could easily be shrugged off as fluff from the get-go. But it’s a delightful addition to the current line of duties, with colorful settings, a fascinating array of bosses, voiced cutscenes, and honestly kind of a great soundtrack. Better yet, it doesn’t feel meaningless despite the quirky aesthetics.

Meanwhile, the final Eden quests and the Emerald Weapon trial learn from the past successes of FFXIV’s raids and trials to create engaging experiences. Clear story presentation, tied with challenging but fair mechanics, ensures that any exposition that happens during these duties sticks with the players, whether or not they’re cutscene-watchers.

Eden’s story-related mechanics in the final raid, Eden’s Promise: Eternity, do become frustrating after a wipe, and I sort of wish that there were phase checkpoints in this one, but Eden doesn't really do phase checkpoints. For Emerald Weapon, though, a checkpoint tied with story truly sets the stage for both the writing and the mechanics to come. It’s less vague what’s happening in this case, certainly not like it was for Ruby Weapon. (Granted, that may be due to our lack of knowledge, at that point, of those specific plot points.)

While this patch may not have been as emotionally swaying nor heavy as the prior, Futures Rewritten successfully continues the storyline and brings us closer to the cast, a trait where FFXIV continuously shines best. The weight of the next expansion looming on us is not lost as we continue to navigate the present, but for now, it’s great to experience a little world-changing character bonding.

If you’re considering whether or not to re-up your subscription, I’d argue that you can certainly wait until 5.5. (If you skipped 5.3, I’d also argue that you missed some of the best FFXIV storytelling yet.) At that point, we’ll likely know some scrap of the premise of the next expansion, especially with the “Announcement Showcase'' coming up in February, and the trajectory of patch releases marking an April release for the next post-Shadowbringers content.