I’m sitting at Penitent wondering how I got here.  No, I don’t mean how did I get to Penitent. I can clearly see that my haste to attack was my downfall.  In both the contacts panel and the cockpit view, I could have seen that the Python was clean and therefore likely just a bounty hunter like me but I’m getting ahead of myself.  I mean, how did I end up so invested in Elite Dangerous that the prospect of losing 5 million credits plus the 22 million it cost to replace my ship felt like such a punch to the gut?

I get there being an emotional element to any game. However, for me, a game is just a game.  I normally don’t get overly invested.  In fact, I rarely even finish a game that I’m playing just for fun.  Yet here I am with probably close to 200 hours put into Elite Dangerous just since the end of October. Yes, I’ve done the Hutton run, been saved by the Fuel Rats, and even attempted to blow up my ship by flying into a star.  For those of you taking notes, the third one can’t be done.

Whatever my mood, there’s always something for me to do in Elite Dangerous.  If I need fun, I can do combat.  Of course, as I’ve already alluded to, that can come with some risk. I sat at the nav beacon waiting for wanted criminals to visit Sothis.  I was hunting pirates from the Liberate Ceos faction but was willing to take any bounty that was within my reach.  An error in judgment that could have easily been avoided caused me to fire on a ship that wasn’t criminal. I obtained a 200 credit bounty on my head for attacking a ship that like me was just out collecting bounties. Within seconds, I’ve attracted the attention of several authority ships.  Moments later, my screen is black and I’m being informed that my Anaconda has been destroyed.  With it, 5 million credits worth of bounty vouchers and 3 hours of hunting go down the tube.  I have to take out a loan just to afford my ship replacement.

If I’m feeling like I need something calm and relaxing with no risk of being fired on, I can go exploring.  Using tools like the Road to Riches, I can even make a decent amount of credits, just by visiting different parts of the galaxy.  Elite Dangerous even gives explorers a chance to see up close a representation of real wonders of the Milky Way.  You can go to HIP 13044 which we’ll never see in our lifetime up close because it’s 2,300 lightyears away.  What makes it so great though is that an estimated 9 billion years ago, it was part of a different galaxy that merged with ours.  I’m also looking forward to seeing X Carinae which is a yellow hypergiant star.  That makes it one the rarest stars in existence.  It’s 6,200 lightyears from Earth and because it’s so big, it shines 200,000 times brighter than our sun.  There are countless other examples of things that I’m excited to see in Elite Dangerous and no other game has given me such an opportunity. 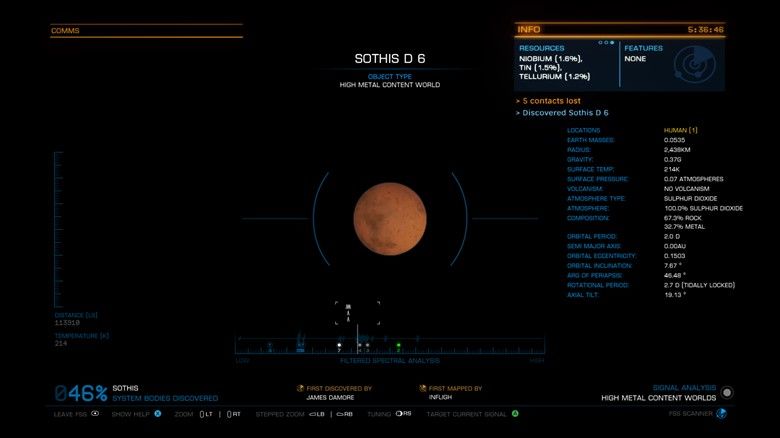 To understand how I got here, you’ll need some background information.  I don’t normally play shooters and I’m not really good at them anyway.  My 17 year old son on the other hand, plays almost nothing but shooters.  I wanted something I could play with him especially since he’ll be 18 and graduating high school in just a few months and leaving for college not long after that.  I didn’t really understand that allure of Elite Dangerous but it was important to him so I thought I’d give it a chance especially since it isn’t primarily a shooter. I didn’t have to wait long before it was on sale.  The first night I played, I went through the tutorial which made me crazy.  The next night, I gave the starting zone a whirl and decided that I’d play for an hour and see what I think.  Four hours later, I decided I should go to bed and that started a fascination, nay, an obsession over a galaxy that is...well… our galaxy.  Yeah, I’ve played Starlink: Battle for Atlas, StarFox 64, and even some of the old X Wing and TIE Fighter sims but most flight sims are normally not for me.  I’d still love to see some more of Earth with Microsoft Flight Simulator but I’d have to stop crashing into McCarran Airport first. 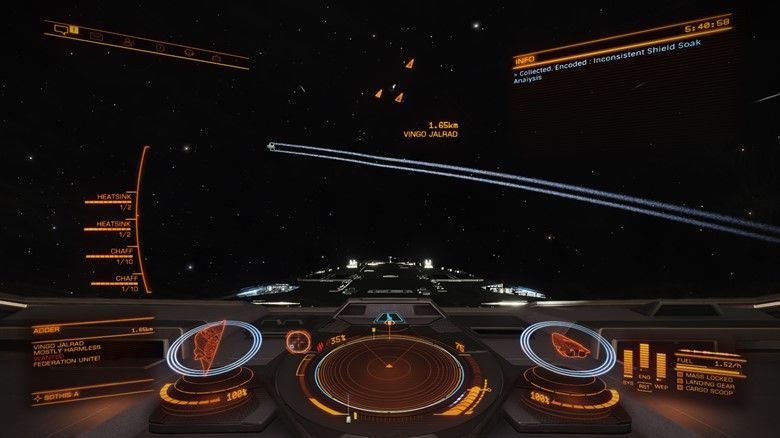 When I first bought Elite Dangerous, I couldn’t stop playing. I was having such a great time with this immersive experience, that it stopped being about spending time with my son and more about what I was doing in game.  I played every day sometimes multiple times a day.  This included a 24 hour charity stream where I played 14 - 16 hours of my stream just on Elite Dangerous.  While I’m not playing every single day like I was at the beginning, I don’t ever go a whole week without logging on for at least a few hours. I’m looking forward to future updates including this spring’s Odyssey. It will likely re-shape the entire structure of Elite Dangerous. While for most players this might mean more time holding a gun, the flexibility of Elite Dangerous means I should only have to use a gun when I want to.  Playing when I want and how I want has been the best part.  There’s a lot left to discover and a lot left to accomplish.  I truly have only scratched the surface.