Hey Commanders, Erek Sprax here.  I had planned on doing my next entry a little later on but something has happened and I’m not sure what to make of it.  An anomaly can be seen from within the bubble.  Personally, I think its unique shape makes it look very… Thargoid-ish.

Could it be a Thargoid mothership? Maybe it’s some kind of weapon. Some of the guys I talked to said it’s just a taste of what’s to come.  Humanity as we know it could be on the brink of destruction! On the other hand, perhaps it doesn’t have anything to do with Thargoids and I’m blowing this out of proportion.  All I know is that I got too comfortable sitting here near civilization and it may be catching up to me.  I knew I should have just stayed away as I planned. 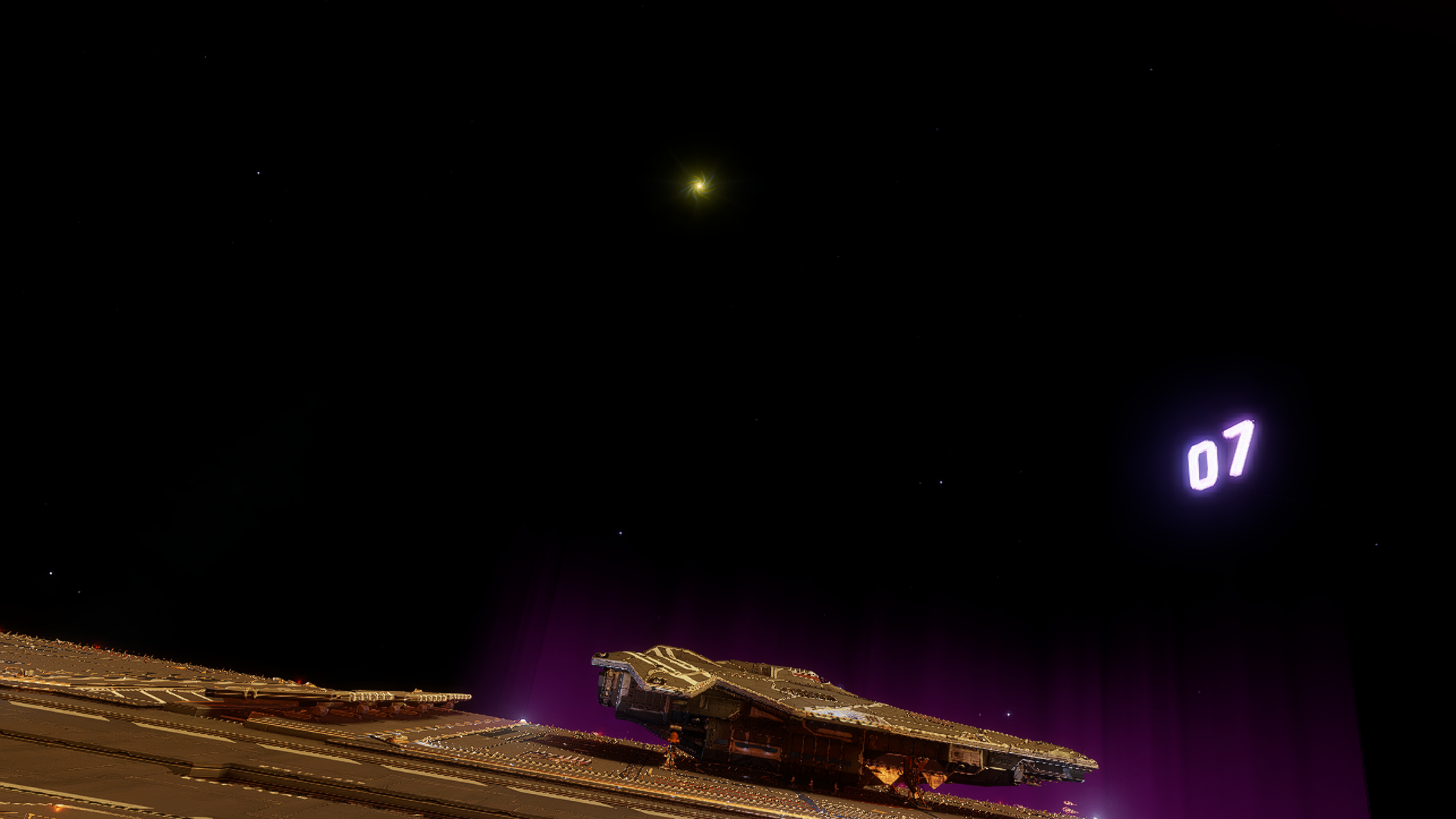 To be honest, I only came home because while I got my Anaconda worked on, I thought it would be a good time to make some money.  I always intended to get back out there but having the funds to keep in good repair was important too.  To be frank, I also liked the idea of doing something other than scanning systems all day too.    Here, I was able to grab my Type 9 and do some platinum mining out at Omicron Capricorni B.  There’s a hot spot for platinum on the inner ring of planet B 1.  While the galactic market average for platinum is just over 50k per ton, stations in Karsuki Ti, where a boom has been reported, are buying platinum at over 200k per ton.  In just two trips I made over 150 million credits. 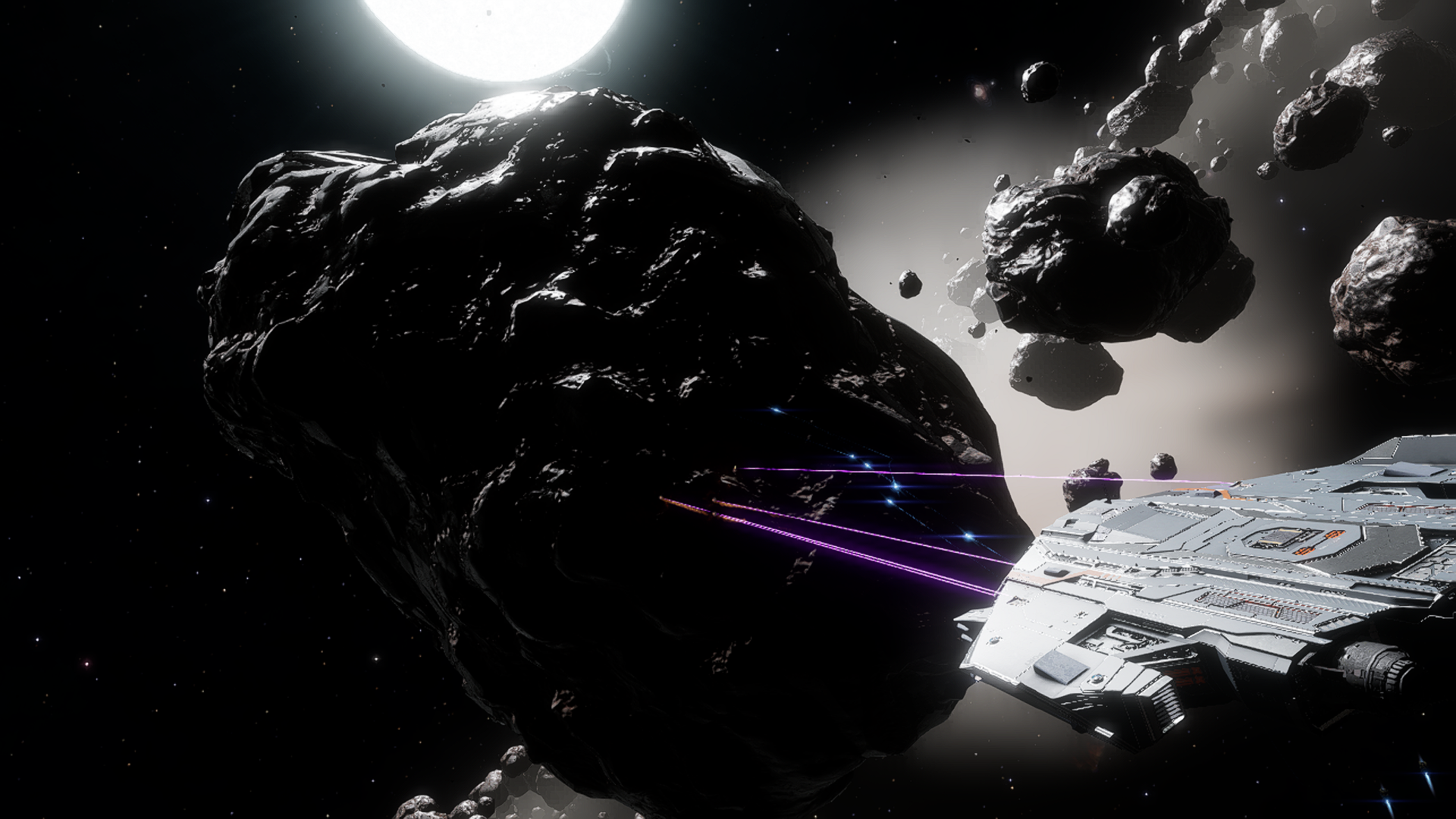 I heard about the anomaly first.  People were saying that you can see it with the naked eye depending on where you are.  I honestly didn’t know what to believe though until I saw it myself.  It was chilling.  People have lots of ideas about it.  Some are filled with crazy conspiracy theories, convinced the Federation or Empire are faking it to drum up support for the war.  Others are saying that the anomaly is stationary but then I heard that it's moving toward the bubble.  There’s some disagreement about how fast but one thing is for certain; it’s coming.  Either way, I know when it’s time to move on. 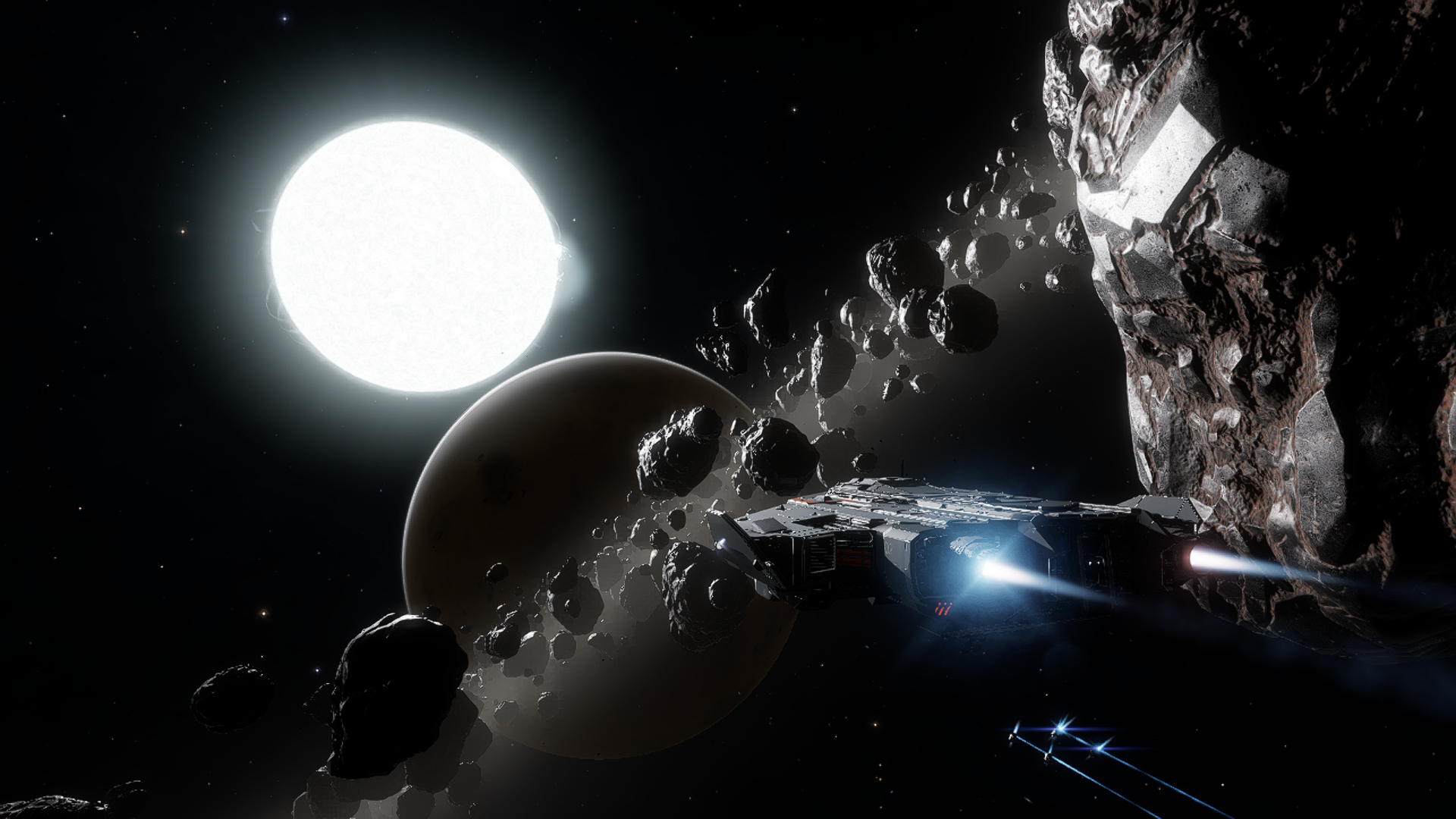 To that end, I decided to take a look at Hyadum 1.  I don’t know when I’ll be back on this side of the galaxy, so it was a good idea to check out this system that one the of the guys at Compton Orbital recommend before I leave the area again.  Someone told me that the first planet was only 9 light seconds away from the star and that I’d still be close enough to take heat damage.  It turned out to be more fiction than fact but the planet was rather close.  It was more like 100 light seconds but it still provided quite an amazing picture. 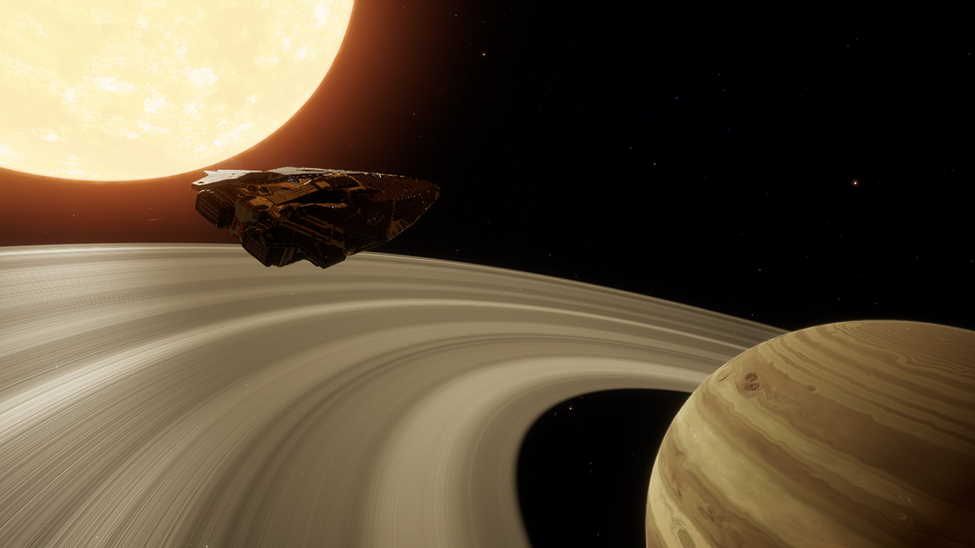 Look at that gorgeous picture!  I haven’t visited too many places where the primary star and its first planet were close enough to see this well together.  This is why I’m an explorer though.  I dreamed from my childhood of the day when I’d get my pilot's license just to be able to see the galaxy in all its majesty.  The more I see, the more I realize that I’m just a speck compared to the vastness of all that is around me. 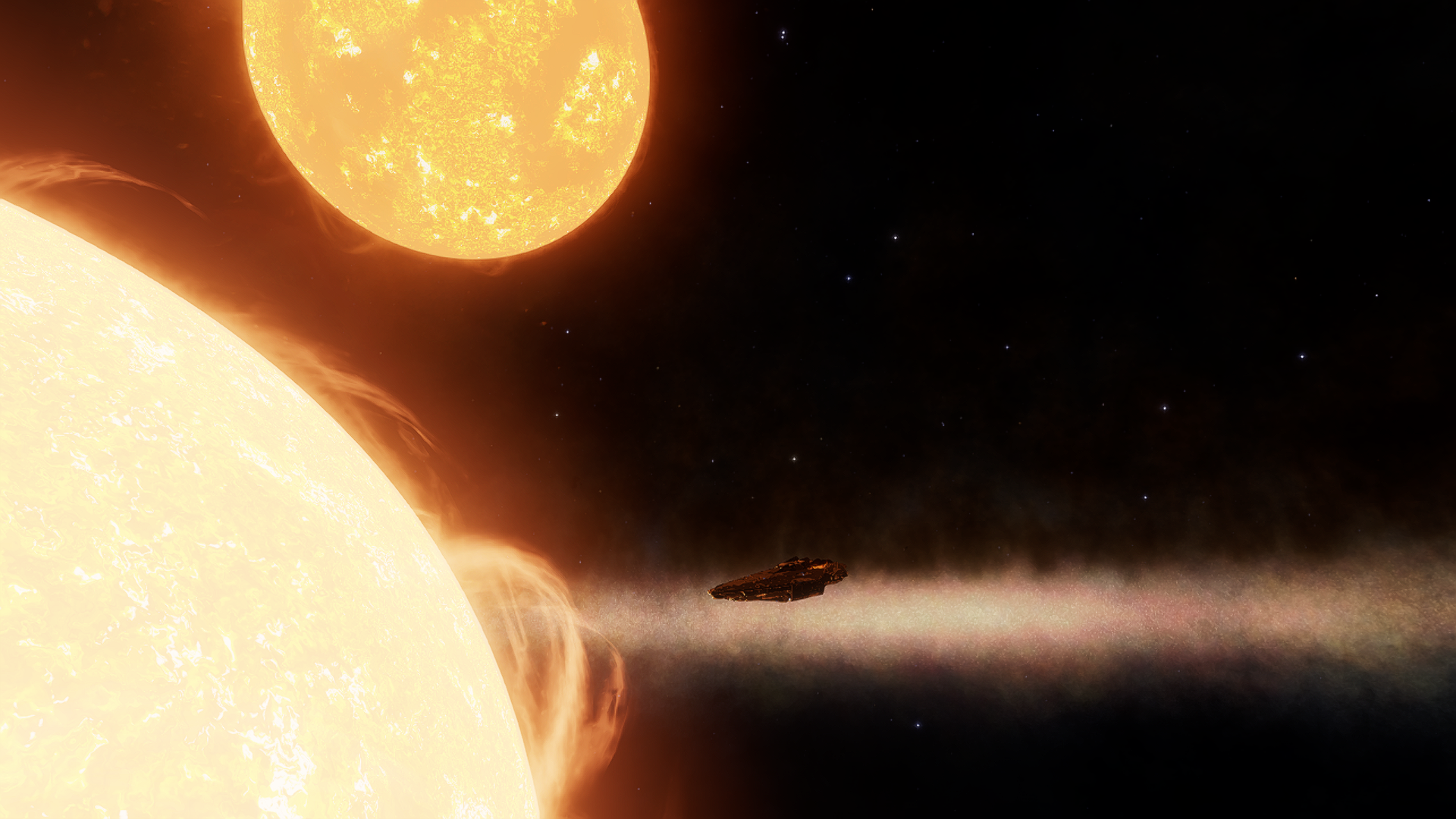 It’s probably no surprise that I’m heading out again but this time it’ll be for a much longer journey.  I decided to go see Beagle Point. Beagle Point is the most remote distance we’ve ever discovered at 65,000 lightyears away from Sol.    The work I had done on my Anaconda has increased my jump range to 66 lightyears but that still puts me at a minimum of nearly 1000 jumps one way.  I’ve got my work cut out for me.  I plan to see some more sights along the way and take lots of good pictures but I imagine by the time I get back to civilization, I won’t want to ever look at the FSS scanner again.  I’ll be sure to update you while I’m out exploring deep space.  Until then, Erek Sprax out.