One of my cousins recently called to tell me he’s been confined to his barracks due to COVID-19 exposure.  He called me for advice because no one knows social isolation better than the family nerd.  Of course, I loaded him down with a list of my favorite digital options for his forced isolation.

I have the feeling that video games may be even more important in the next few weeks as families restrict their time in public in order to slow the spread of the virus to manageable levels.  Space in video games is infinitely large and there are no restrictions on social interactions.  Besides just generally being a great family experience, I thought digital game nights might be a great opportunity for families to spend this time bonding.

To that end, I’ve composed a list of some of my favorite family-ready video games.  Turn the panic around with quality family time and give your kids a fantastic memory at the same time.  Wouldn’t it be incredible if a generation of kids remembers the joy of spending time with extended family and laughter, rather than whiling away fearful hours watching TV?  I’d like to do a small part to help make that happen.

Stardew Valley has been around for a while now, but I’ve noticed a recent surge in my own family around the game.  I introduced it to a pair of my nieces about a month ago, and both have jumped into the game with a vengeance.  Because players can share economic assets, I think this ends up being a very viable game for kids much younger than might otherwise would be an option.  Adults can work to ensure the younger kids have extra cash flow to get their upgrades and do all the fun stuff they’re interested in, without having to worry as much about the budget.

If you’re playing with older kids, then everyone can have their own detached finances and just enjoy the shared experience.  The only issue with the multiplayer option of this game you might run into is that I believe it supports a max of 4 players.  Now, if ConcernedApe could manage to kick out a new version with dynamically extended personal farm space and an infinite number of players, this would be one of the best family experiences I could imagine.

Pixelated graphics means it’ll run on nearly anything and I never noticed much in the way of network overhead, making it an ideal game to share with family, especially when some family members are remote or may not have the best internet connection.  In all, this is a very cute and easily accessible game that I and members of my family have greatly enjoyed. 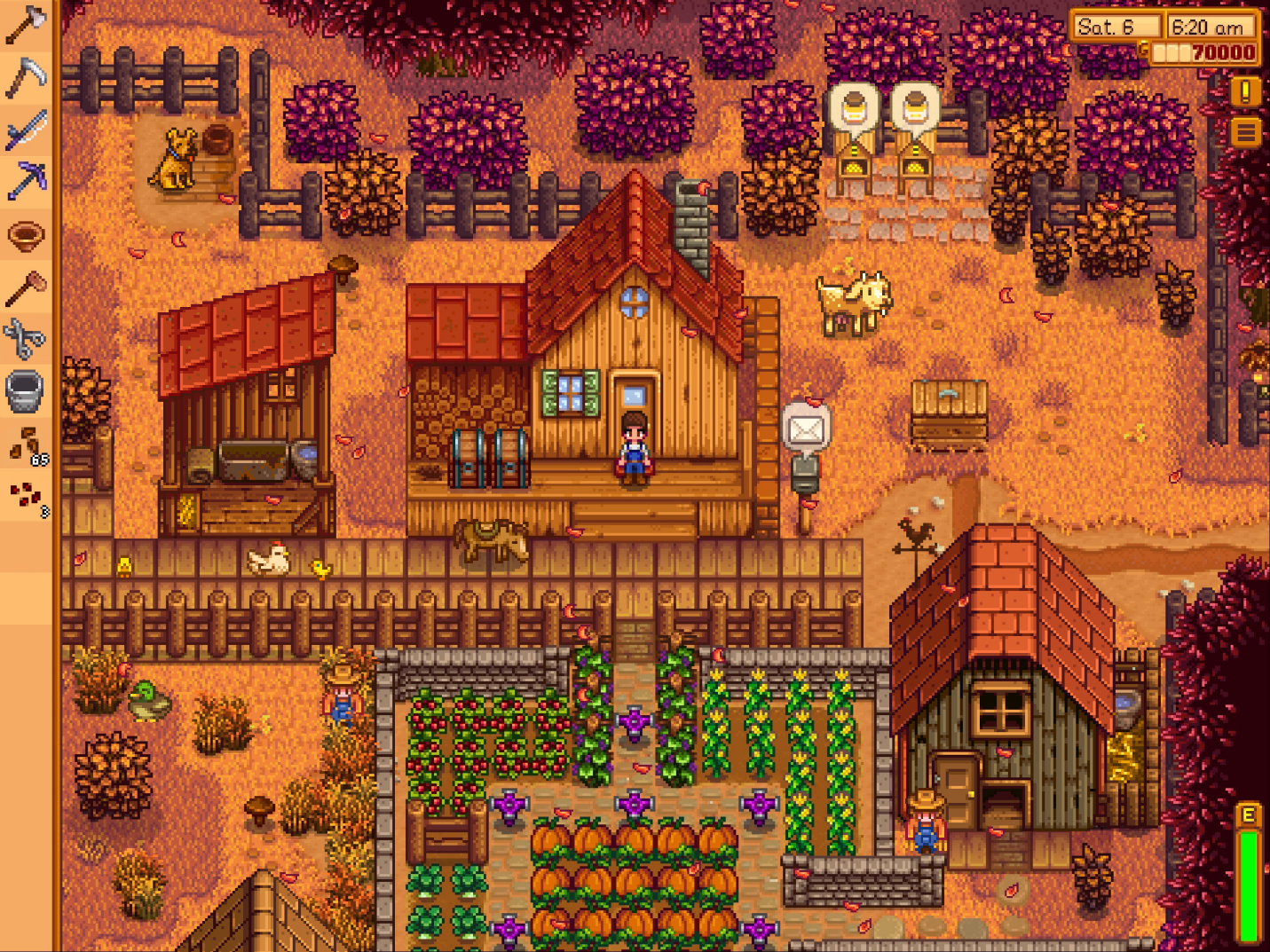 Stardew Valley is just so outrageously cute that you can’t help but have fun with it.

Oh, Satisfactory.  What a great game.  I’ve enjoyed the heck out of this game with the kids in my family who were more engineering-oriented, but I think others could have fun, too.  My only complaint about the game is that I wish they would spawn more environmental antagonists to make the experience just a touch more dynamic.  To my mind, that’s all that’s missing from the game.

As it is, this is just a crazy good time building and automating production in a very pretty and well-designed environment.  The graphics and network overhead will make this game a little more difficult for technologically challenged family members to join in on.  Modest systems and most modern laptops will probably be able to run the game okay, but older systems are pretty sure to struggle.

Folks looking for story will likely find this game a little boring, but anyone in your family who likes building with plastic blocks or has an interest in anything mechanical will very likely enjoy this game a lot.  I personally like seeing kids play it because while they don’t realize it, I see them learning the basics of programming.  Selecting and distributing components across the plant for various subroutines/processors to build new components/objects, flow control, even counting, resource management, and basic logic are all found in places in the game. 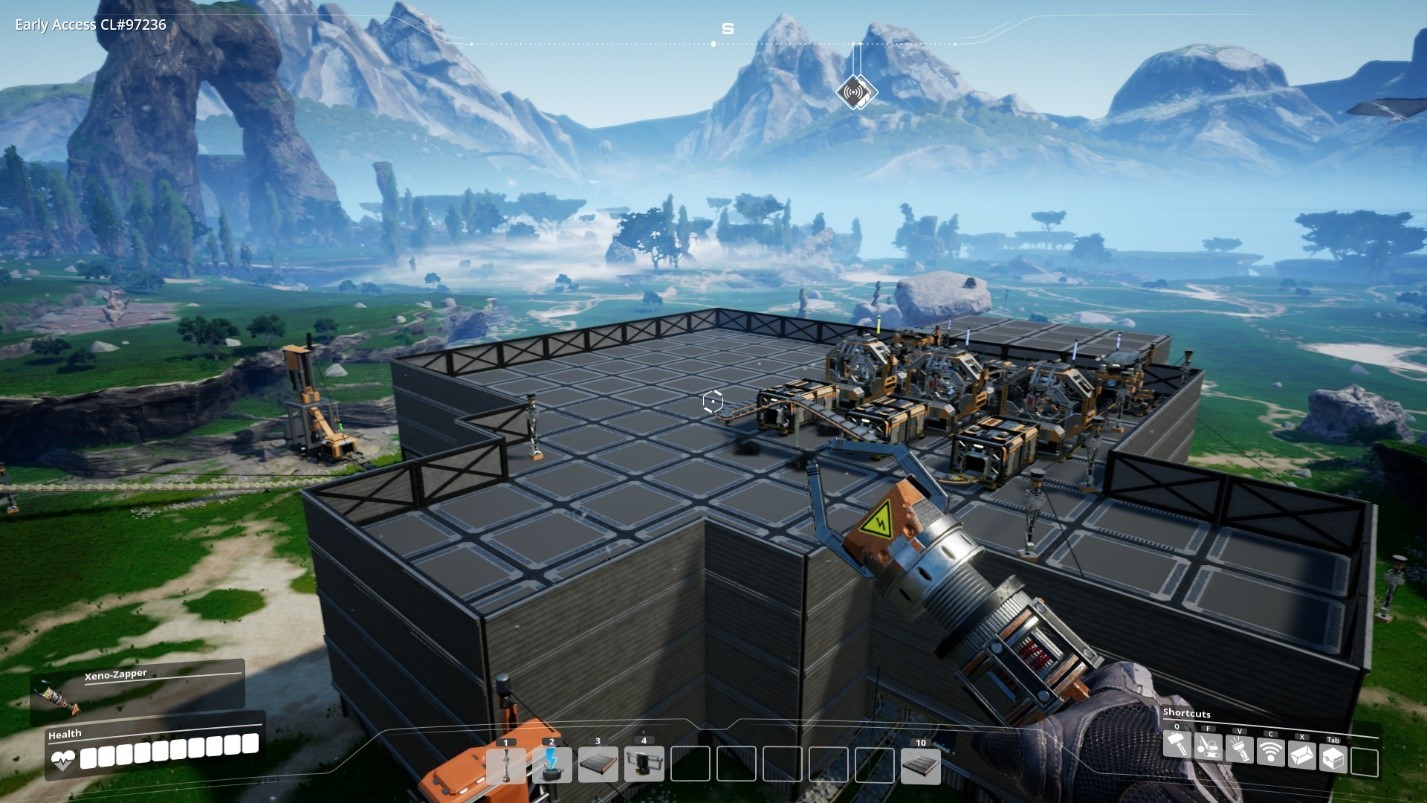 Satisfactory is a very pretty game, but I really like that it also teaches kids the fundamentals of programming.

Astroneer is one of those really simple and cute games that’ll probable run on nearly anything, but again it’s plagued by the one problem of only allowing 4 players at a time.  Resource use on the host can climb a bit as more players connect, and I think that means the chances of adding additional players at a later date is going to be slim.

Developers have continued to add content persistently since the game entered the scene and Astroneer has gone from being a really neat idea to a really cool game.  Kids that enjoy exploration and solving problems will likely enjoy this game, though there’s room for more, too.  For instance, one of my younger nephews discovered he could use the terrain tool to shape his own racetrack, at which point he built himself a buggy and spent hours racing around the track he built and which he also continuously improved with new jumps and obstacles.

Astroneer is a fun experience that was built by a fantastic team with an incredible story.  It’s a very worthy project for your support, and I think you’ll find a lot of opportunities to share a great experience with kids, as well. 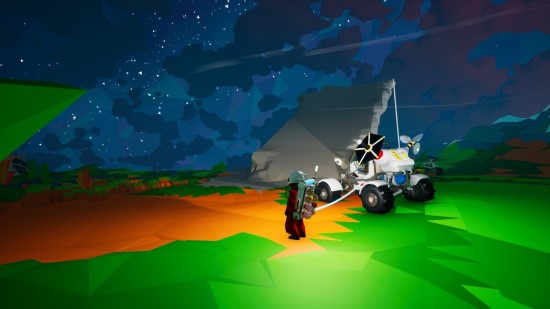 My nephew discovered buggies and immediately set about creating ramps and a racetrack.  New smoothing tools introduced in the game will make this sort of project even easier in the future.

I know you’re tired of being limited to just 4 players, so you might also look at Starbound.  The easy option is to join straight from Steam using your friend list, but you can also setup a dedicated server that can handle a sizable number of concurrent players.  If you don’t want to run your own, servers can be leased for very little from a number of hosting companies.

This is a great game that requires very little in the way of resources and can be run on nearly anything, making it very available for extended family members with all manner of antiquated hardware.  It’s more in the survival/crafting vein, so expect that those in your family more interested in that sort of thing will enjoy the game more.  It doesn’t offer as much on the story end for those who might appreciate that more, and the 2D/side-scroller format may initially turn off some younger players.

Once you get past the simplicity of presentation, you find a surprising depth and re-playability to the game.  There is also a story to be found, but it’s just that the story is behind a sizable wall of crafting and exploration.  It’s a system that appeals to me and several of my nephews a great deal, but others may not enjoy it quite as much.  The game often goes on sale, so it’s probably something you could pick up for much cheaper than some of the other options, as well.

Oh, yeah.  You know it’d be in the list.  Minecraft is the definitive family game in my books.  Kids in my family have all played this with their Uncle while growing up and it’s often one of the first games they play when they get their new computers.  Hosting servers for Minecraft is trivial, so doing it yourself is super easy.  If you’d rather lease a server, it’s also very inexpensive.  Either way allows for a ton of players, so it’s easily able to support even larger families all at once.

Besides just being a generally fantastic experience in its vanilla state, Minecraft also boasts a large array of mods to select from.  These mods extend the already massive game almost infinitely.  Mods can add magic, engineering, programming, and even whole new worlds to explore.  There’s something for everyone in Minecraft and it’s still my go-to when bored kids call asking what they could do for fun.  In minutes, I’ll have a server spun up and they can start jumping in with their siblings, cousins, and friends.  Within days, the server is littered with a maze of new buildings, temples, fortresses, and treehouses.  All connected with bridges and elevated cobblestone highways.

Minecraft is old enough that nearly everything can run it, and the bandwidth requirements are small.  You’ll have little trouble scrounging up the hardware to let as many folks as possible play.  You might even dust off that old laptop that weighs 15 pounds and has no battery life.  Pull it out of the closet, plug it in, and someone’s probably going to be able to play Minecraft on it just fine. 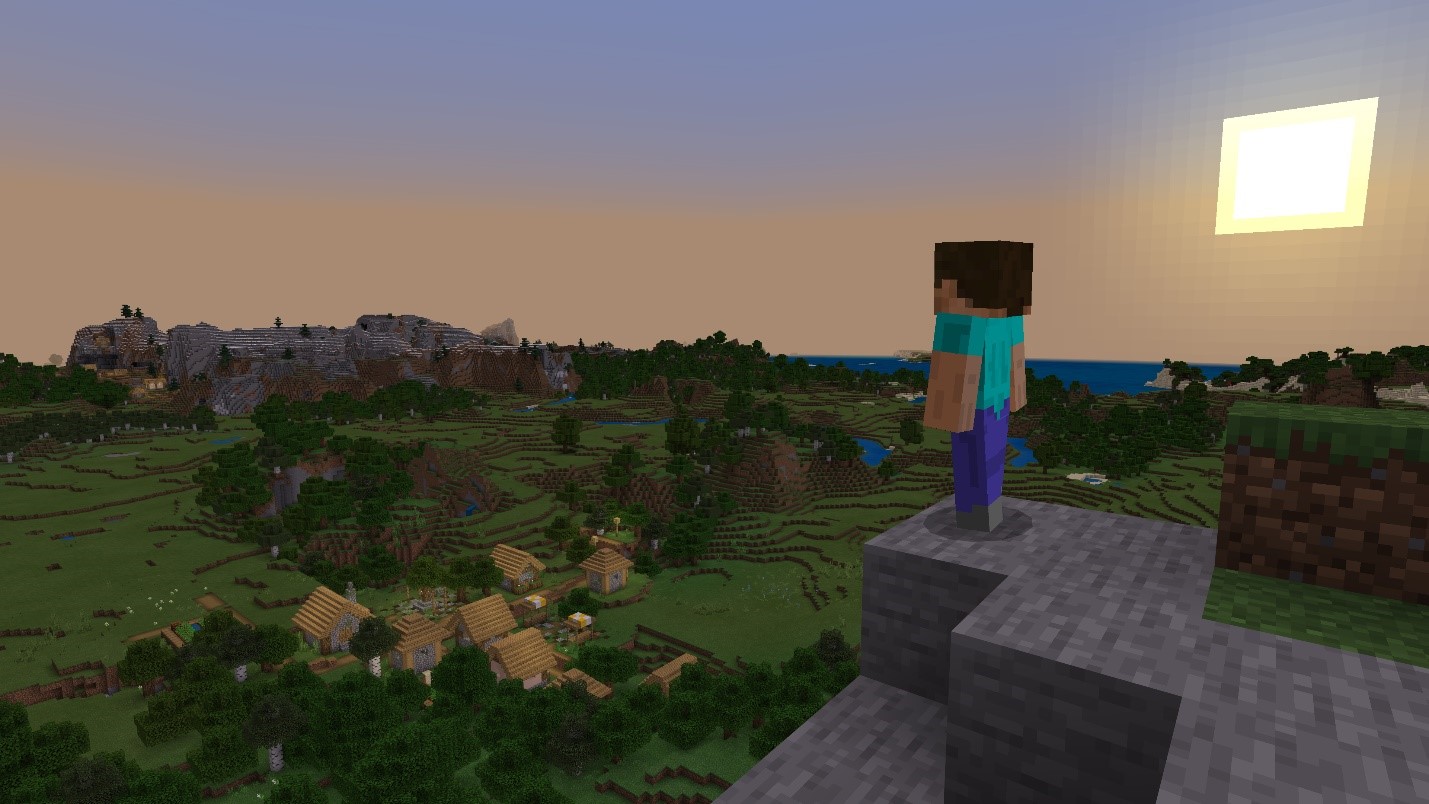 Well, I hope that helps you find a few games to play with your kids during the extended Spring Break.  It’s hardly a definitive list, but those are several of my current go-to games for when the kids call me and are bored.  I’d like to think it might inspire you to spend a little extra time with your own kiddos and enjoy a little digital family fun.

I’m also a little worried that all the sensationalization and drama going on right now might not be the healthiest thing for children.  On the other hand, increased interaction time among families has been shown to be highly beneficial for children, so maybe together we can turn this scary time into something super rewarding for the kids.  I mean, if you’re working from home anyway….