By now, you have no doubt seen the news of Microsoft’s $7.5 billion buyout of Zenimax Media – the parent company of Bethesda Softworks. Before the hype and excitement make their rounds, if they haven’t already, let’s pause for a moment and apply some critical thinking. I do not think this acquisition is good for consumers. Here’s why.

I actually wrote years ago about Microsoft potentially purchasing publishers. I still stand by what I wrote then, calling for consumers and those of us in the media to remain skeptical and question if such business decisions truly benefit the end-consumer.

And yet, I’ve seen nothing but hype and excitement over this recent acquisition from various influencers, thus feeding the toxic machine that is the endless marketing in this industry. On the surface, this acquisition gives some folks reason to be excited, “Wow all these Bethesda games on day one on Game Pass? That’s awesome!”

But there’s an entirely different piece of the puzzle which I find is being completely overlooked. For one, there is Phil Spencer’s own words he stated in an interview with GameSpot in which he decried paying for content exclusivity while also recognizing the irony,

“People always knock me on this; I've been on record... I don't love the idea or practice of us paying so other platforms can't play or use a certain gun in a game or do a certain level. I know I say that and, Xbox history--DLC exclusivity windows with Call of Duty--I understand the fingers are pointing right back to Xbox. I can only be who I am. It's not the best PR answer. But I don't like that."

This is insinuated as such by Phil Spencer when he spoke with Dina Bass at Bloomberg (via Jason Schreier) and stated that while Microsoft will honor Bethesda’s contract with Sony regarding PS5 console exclusivity for Deathloop and Ghostwire: Tokyo, future Bethesda games will indeed be on Xbox and PC with other consoles on a case by case basis stating,

It doesn’t take much critical thought to understand that this in no uncertain terms means that future titles may not arrive on other consoles like PS5.

On the back of this acquisition, Pete Hines said Bethesda will continue to publish their own games. But what does this mean exactly? How much influence will Microsoft have on future titles? How much independence will Zenimax and Bethesda truly have? This naturally leads to Elder Scrolls Online, perhaps the one game which will immediately affect this audience. Studio Director Matt Firor published a letter on Twitter aimed at calming the nerves of PS4 players stating (emphasis added),

“I want to take a moment and ensure the entire Elder Scrolls Online community that ESO will continue to be supported exactly as it was, and we fully expect it to keep growing and thriving on each of the platforms that are currently supported.”

I made it a point to emphasize that last bit because ZOS has already come out to say ESO will arrive on PS5 as a free upgrade. However, that was before this acquisition was made public. Verbiage like, “that are currently supported,” should rightfully give cause for concern. Technically, the PS5 isn’t “currently supported” purely because it hasn’t released yet. Because of this language (which you know was selected and vetted deliberately), we simply don’t know with absolute certainty if ESO will indeed move forward to PS5. And if it does, will content for Sony’s machines be delayed to allow Xbox and PC to receive it first? We just don’t know. These are all valid questions and concerns.

In my frank opinion, if you need to put out multiple letters to assuage the justified fear of consumers, that is a clear indicator that whatever you are about to do is inherently bad for consumers. This isn’t some radical notion. It is entirely within the realm of reasoned thought. 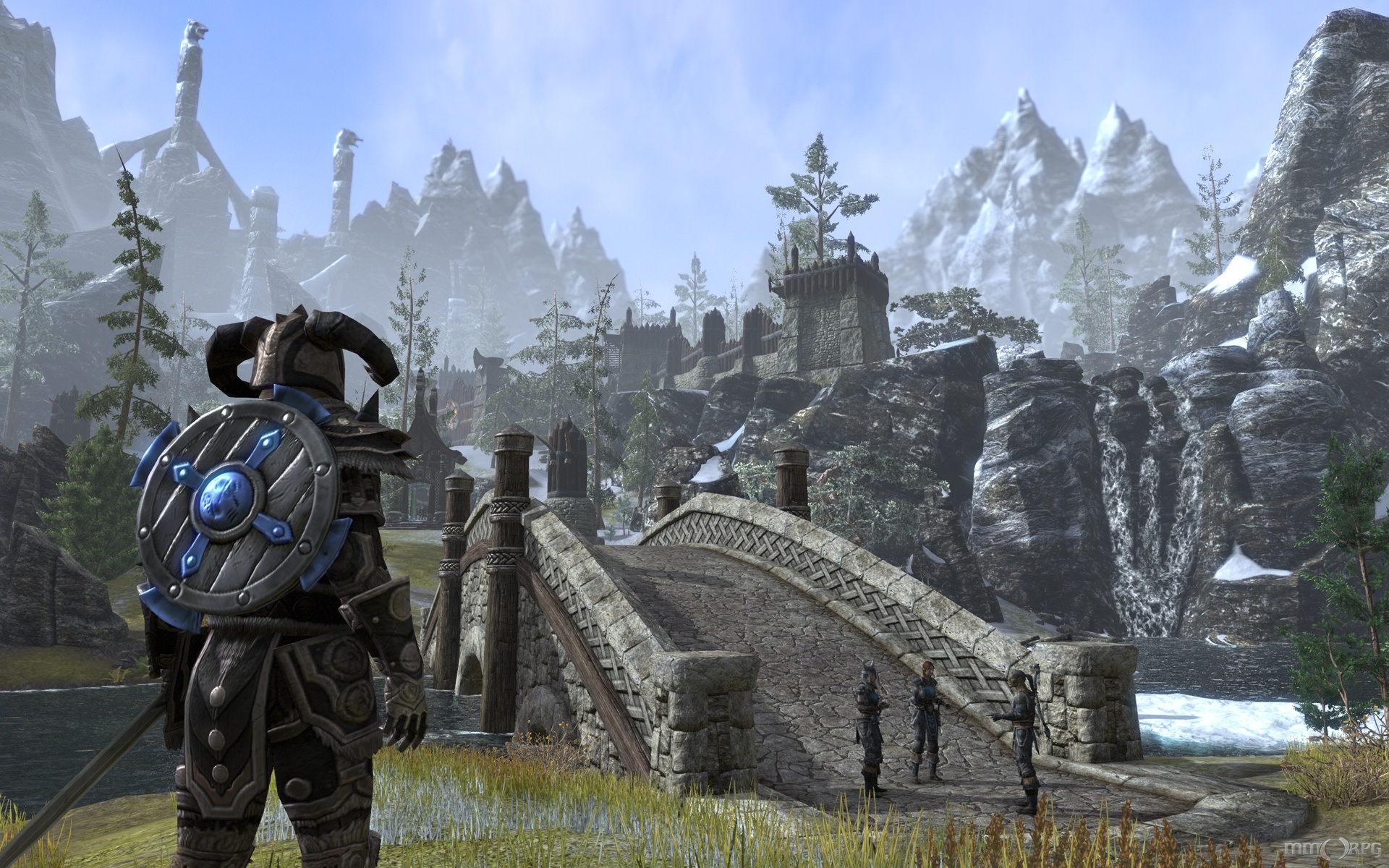 Let’s zoom out. We all know that Starfield, Bethesda’s touted next-generation RPG, is the next big game from the company. Additionally, Elder Scrolls VI was also teased. Crucially, they were teased years ago, long before this acquisition was publicly revealed. Therefore, you can very well imagine the highly realistic scenario with a consumer purchasing a PS5 with the intent to play these next-generation Bethesda games on his console. I personally know such people. But now, all of that is in flux.

As Phil Spencer stated himself, future titles will be looked at on a case by case basis. What happens if Microsoft decides to keep those high-profile titles all to themselves? Well, PS5 owners who may have decided to purchase their console – long before this acquisition was made public – excited to play those games are just out of luck. Too bad. Guess you should have bought an Xbox or built a PC.

There are a few items of great concern here. The first most obvious issue is that Bethesda (Zenimax) has historically been a multiplatform publisher. Sure, they have flirted with exclusivity with Microsoft’s platform in the past. For example, Morrowind was exclusive to the OG Xbox and PC. Starting with Oblivion, this changed. The rest is history.

As a result, Zenimax and Bethesda have published their games across several platforms for several years. Therefore, as a consumer, you have a certain reasonable expectation that you’ll be able to play Bethesda games regardless of your platform. That is now completely upended at no fault of the consumer. In this perspective, the consumer most certainly loses here.

The other concerning element relates to Phil Spencer and Microsoft. Apart from the words he has spoken on his dislike of paying for exclusivity, there’s the very real culture he’s created over the last several years concerning Xbox where seemingly all are welcome, and we should all be able to play wherever we want. You can see this in the genuinely pro-consumer policies like Xbox Play Anywhere, and pushing cross-platform play with the likes of Minecraft and Fortnite. In this regard, Sony was the one behind the curve. Therefore, it is not difficult to come away feeling that Microsoft has the consumer’s best intention at heart – at least on the surface.

However, with this acquisition, that surface-altruism once again comes into question. It is entirely within reason to look at Microsoft’s kumbaya attitude and see how it doesn’t jive with this very realistic prospect of more exclusivity regarding previously multiplatform franchises. If that rubs you the wrong way, good. It should. It means you’re thinking about this more critically.

This naturally leads to larger, more high-level concerns. Instead of investing internally and building out teams from within, what is to stop Microsoft (or Sony) from simply acquiring more multiplatform publishers and putting out non-committal statements regarding the future of those franchises on other platforms? The short answer: nothing.

“We'll always look for places where there is that commonality of purpose, mission and culture. We will always look to grow inorganically where it makes sense."

Are you getting the bigger picture? Good. This previously happened with Microsoft’s first round of purchases by buying up the likes of Obsidian, Ninja Theory, and more. In fact, it was confirmed that Ninja Theory's Hellblade 2 is exclusive to Xbox and PC despite the first game releasing on Sony’s platform as well. And before that, Minecraft was purchased for $2.5 billion. It just so happens that this Zenimax acquisition trumps them all in scale and scope. But the implication is no different. It’s just more bad news for consumers holistically.

One could approach this with the perspective that perhaps Microsoft’s endgame is to push Game Pass on other platforms. For example, one could put forth that Game Pass – and thus these Bethesda games included – could arrive on PS5 and Nintendo. This would allow those consumers to play these games as well. After all, Minecraft remains on multiple platforms despite Microsoft’s acquisition.

And that very well could happen. But I simply don’t think it will for all the reasons I laid out above. Again, look at what Phil Spencer most recently stated,

In no uncertain terms does that imply that future games may not arrive on other platforms like PS5. Just because Minecraft isn’t outwardly receiving preferential treatment doesn’t mean future titles won’t either. Crucially, Microsoft today is much different than the Microsoft which acquired Minecraft. They’re in a different market position, with a far greater breadth of services and resources at their disposal. One could easily argue that their strategy has greatly matured.

Think about it folks. Microsoft would not have spent $7.5 billion to cede exclusivity of Starfield and Elder Scrolls VI. If Microsoft explicitly stated that a comparatively less-storied game like Hellblade 2 will be exclusive to Xbox and PC, do you honestly believe that historically massive franchises like Elder Scrolls won’t?

As I just discussed, there are far larger implications for the industry at play here. When these companies make such incredible moves, don’t for one second believe that it’s to the benefit of the consumer. It isn’t. They do this to increase their margins and make money. Consumers have no say despite being the party most affected by these moves.

You can think about this another way. Money quite literally exchanged hands to more-than-likely deny an entire segment of consumers access to previously multiplatform franchises. And I simply think that is anti-consumer and completely flies in the face of Microsoft’s carefully curated outward kumbaya culture of acceptance and openness and choice.

Here’s one final parting thought. With this acquisition, Microsoft now owns 23 studios. Yet, for all that money and all those acquisitions, they have zero first party launch exclusives. One is entirely within their right to ask what has actually come of these acquisitions.

From the consumer’s point of view, all these acquisitions with all their billions of dollars have yet to bear fruit. And when you’re launching a new console, these immediate benefits matter. Gamers want to know what new next gen first party games they can play on their shiny new box today, not several years from now.

So tell me, how exactly have all these acquisitions benefited us?