One of the most memorable gaming moments I have is actually not from an MMO, but rather the moment Problem X beat Tokido during the Evolution Championship Series in the Street Fighter V Grand Finals back in 2018. I was sitting in the crowd at the Mandalay Bay Arena, transfixed as to what I was seeing on screen along with thousands of screaming fans who, like me, reveled in the culmination of three days of competition.

Fighting games are one of my life-long gaming passions right alongside MMORPGs. Ever since I was in elementary school I remember going to the arcade on the Air Force base I lived on and plopping quarters into the Street Fighter II machine, trying to devastate my brothers with furious footsies. A little later, every Saturday my parents would go to one of the casinos here in town (I live in Las Vegas, if you hadn't figured it out from previous editorials) to fill out a free NFL parely card. While they did so, my brothers and I would have free reign of the arcade in the bowling alley at Sam's Town.

Soul Edge was my machine. I spent all the money my parents would give me on playing round after round as Sophitia or Mitsurugi. My brother Michael would find he gravitated towards the ninja, Taki, or the bondage-esque Voldo. I loved those moments and it solidified the genre as one of my favorites ever since I could step up to an arcade stick.

Fast forward to now. In a conversation I had with a friend the other day, I lamented the fact that there still isn't much crossover with the MMORPG and fighting game genres. He told me that I seemingly say that all the time. So it got me thinking: How would a fighting game X MMORPG game work?

Well, for years one of the barriers would have obviously been the combat style. Taking a traditionally reactive genre like fighting games and putting them into a world of tab targeting and skill cooldowns wouldn't exactly mesh. It also begs the question: if we take an existing fighting game property, which one would work best?

I think some of the anime-inspired games, like BlazBlue or Guilty Gear are easy choices. Those are primed and ready for tons of back story and the art style would make them instantly attractive to cross-genre fans. Street Fighter is an obvious choice as the king of fighting games (though King of Fighters might be good too). Personally, seeing a game set in the Soul Calibur universe would personally be really appealing. Instead of fighting through various one-on-one matches to find the legendary sword Soul Edge at the end of the road, instead you can do quests and travel a fictional history of our own world.

There's also Mortal Kombat, which has spawned movie franchises (including a new one coming later this year). The game even has an RPG history, with some of its titles experimenting with single player modes that made you feel like you were more than just a fighter on a 2D plane. Exploring Outworld, thawrting Shao Khan and Shang Tsung while you work with iconic fighters like Raiden, Liu Kang and Kung Lao?

Maybe even have a quest where you play an extra in one of Johnny Cage's movies?

Once we decide on the setting, we'd also need to figure out if there is a current analogue to draw from. For me, I think the style of MMO would be one more along the lines of Black Desert in terms of it's combo-based combat system. Active combat has been proven time and time again to work, and it would be a natural fit for these properties to be placed in worlds that require combos and reaction timing to perfect the fighting systems. If it's a Street Fighter game, do we see the exact combo button sequences hard coded into character archetypes?

Another thing that I've wondered for years (and even tested with The Elder Scrolls Online) is whther or not an MMO could be played with a traditional fight stick, or arcade stick. I've hooked my Victrix up to my PlayStation 4 and used it to control my character in ESO a few times actually. It's not ideal, but it does work overall and I'm convinced that if a team was building an MMORPG with this type of control scheme in mind, it could work rather well.

Obviously, I'm just spitballing mostly here. A fighting game property set in an MMORPG is a weird Idea, I know. I also had the thought of creating an MMORPG of the fighting game community itself. I'm envisioning something along the lines of the old GameBoy Color Pokemon Trading Card Game back in the early 2000s. This game saw you not as a trainer yourself, but as a TCG collector, going from store to store and taking on gyms in the trading card game league. You'd collect cards, build decks and the like - just like competiting in the competitive ladder works in real life.

What if we created a game that would give that same style of gameplay, but with fighting games? You create an avatar and you battle AI and player controlled opponents in a fighting game built for the MMO. The goal is to make it to the top of the competitive ladder and be crowned the champion. Along the way you'd take part in local events, organize player-run tournaments in-game and such.

The more I thought about this though, the more I realized this basically already exists with the FGC itself. Even in the pandemic events are still happening online, and once restrictions lift in-person tournaments will be the norm once again. 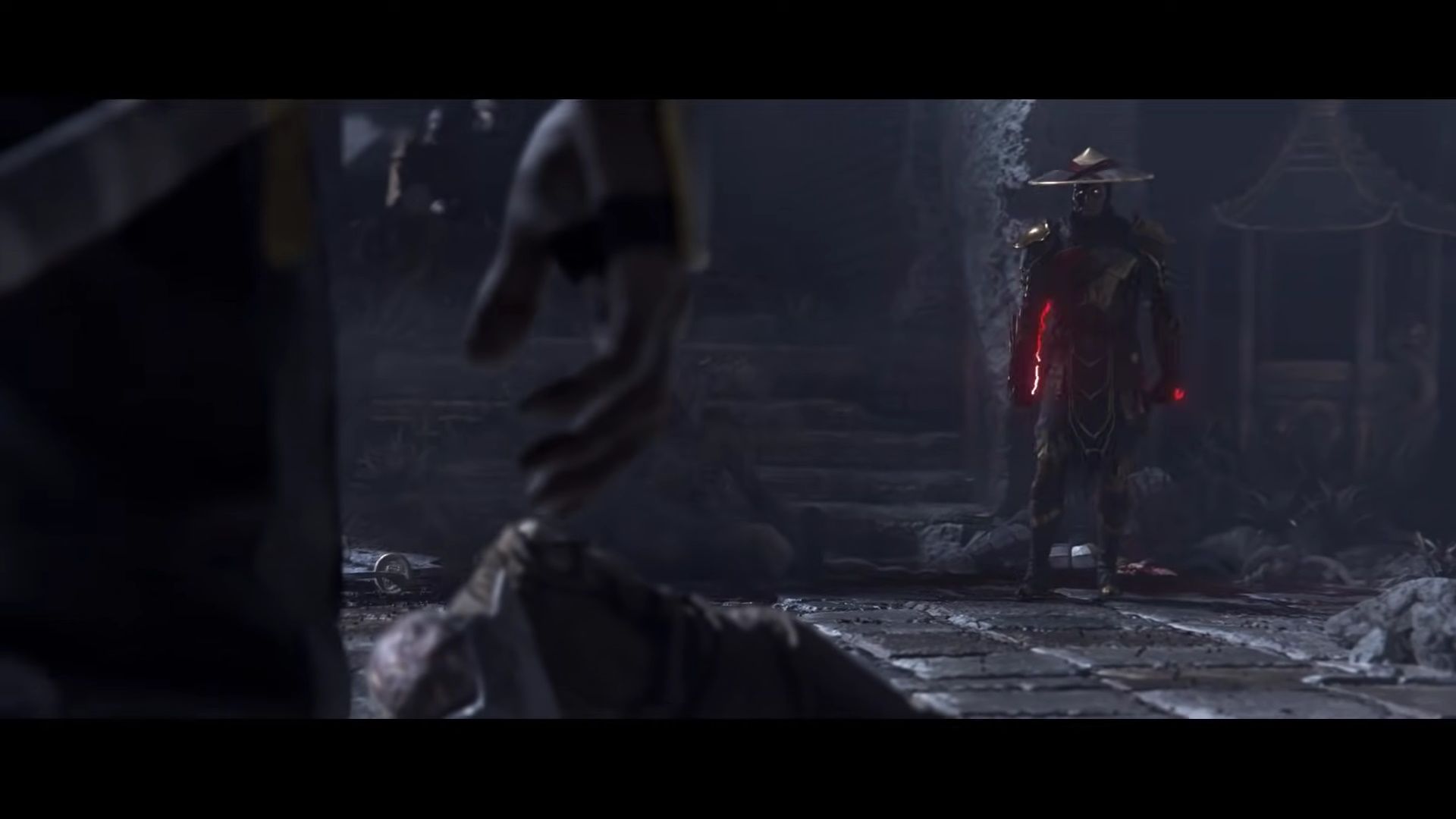 The more I think about this though, the more I want it. I want to see my two gaming passions melded into one. I would love to explore the worlds of Street Fighter, BlazBlue and more in even more detail. I'd want to accept a quest from the likes of Sophitia and Cassandra as I explore the Greek countryside in the search for Soul Edge itself. Traveling across China was Xianghua and Kilik, seeing the Silk Road reimagined in an MMO (though Silk Road Online is a thing) would be spectacular.

I want to fight Goro and others like him with a raid party as we try and stop a threat to Earthrealm in Mortal Kombat. Or learn early fighting techniques from King in King of Fighters as I work through a new player experience in one of these styles of games.

At the end of the day, though, something like this feels so far out in the weeds that I feel like I'm the only person who would be yearning for it. Fighting games, like MMORPGS, are something so great, as the legendary Tokido once told ESPN after winning EVO 2017.  The two genres stand on their own as kings in their own right, but I can't help but periodically wonder how they would fuse together.This is the crossover no one but me is asking for, and while I would love it personally, just how much cross-genre appeal would there be?

Probably very little, but as I bust out the fight stick for one more crack at ESO with an unconventional control method, I can still dream.