Stuck at home with the kids?  Here are some of my favorite boardgames to turn apocalyptic panic into just another family night.  There are plenty more where these come from, and this just scratches the surface of the really great boardgames out there.  I thought it might be handy to fire off a handful of games that folks might like to enjoy at home with their kiddos, though.

With several schools delaying the return from Spring Break or moving to online-based classes and with more businesses asking their employees to work from home, more families will be spending more time together.  Why not turn it into a family bonding opportunity? 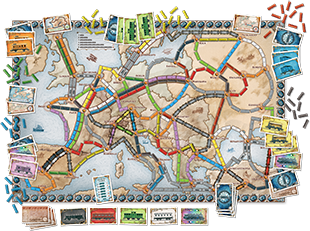 Ticket to Ride also comes in a ton of flavors beyond the vanilla game, so check around before you pick one..

A great game about trains that I think most kids would enjoy.  With randomized personal goals, the game is very re-playable.  I also like that the rules are relatively simple, but the strategic elements of the game are good for helping younger kids learn planning skills.

Adults will enjoy the risks and strategies of trying to complete routes to destinations.  Part of the appeal is the gamble of taking additional route missions, which can pay off big, but also will detract from your points if uncompleted.

Just a really solid and fun family game that has a lot of appeal across all ages. 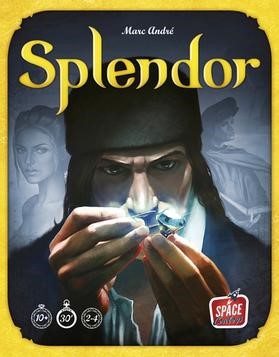 Splendor is easy to play, but also has strategic depths.

One of my favorite games, it's simple to play and has a ton of re-playability.  This is one of those games that start off simple enough that everyone at the table will be having conversations, but the talk tails off as the game goes along and everyone starts thinking about what they want to do next.  It sucks you in and you end up concentrating without realizing it.

I was introduced to this game years ago and I still play it regularly when I can get folks together.  The artwork on the game is well done and interesting to look at, and the game design is deceptively simple.  It’s one of those games with simple rules that later reveal hidden strategic depths.

There’s also something deeply satisfying about the thick and high-quality poker chips used by the manufacturer.  This is a game that has as much tactile satisfaction as intellectual satisfaction.  It also can play relatively quickly, making it a great in-between game. 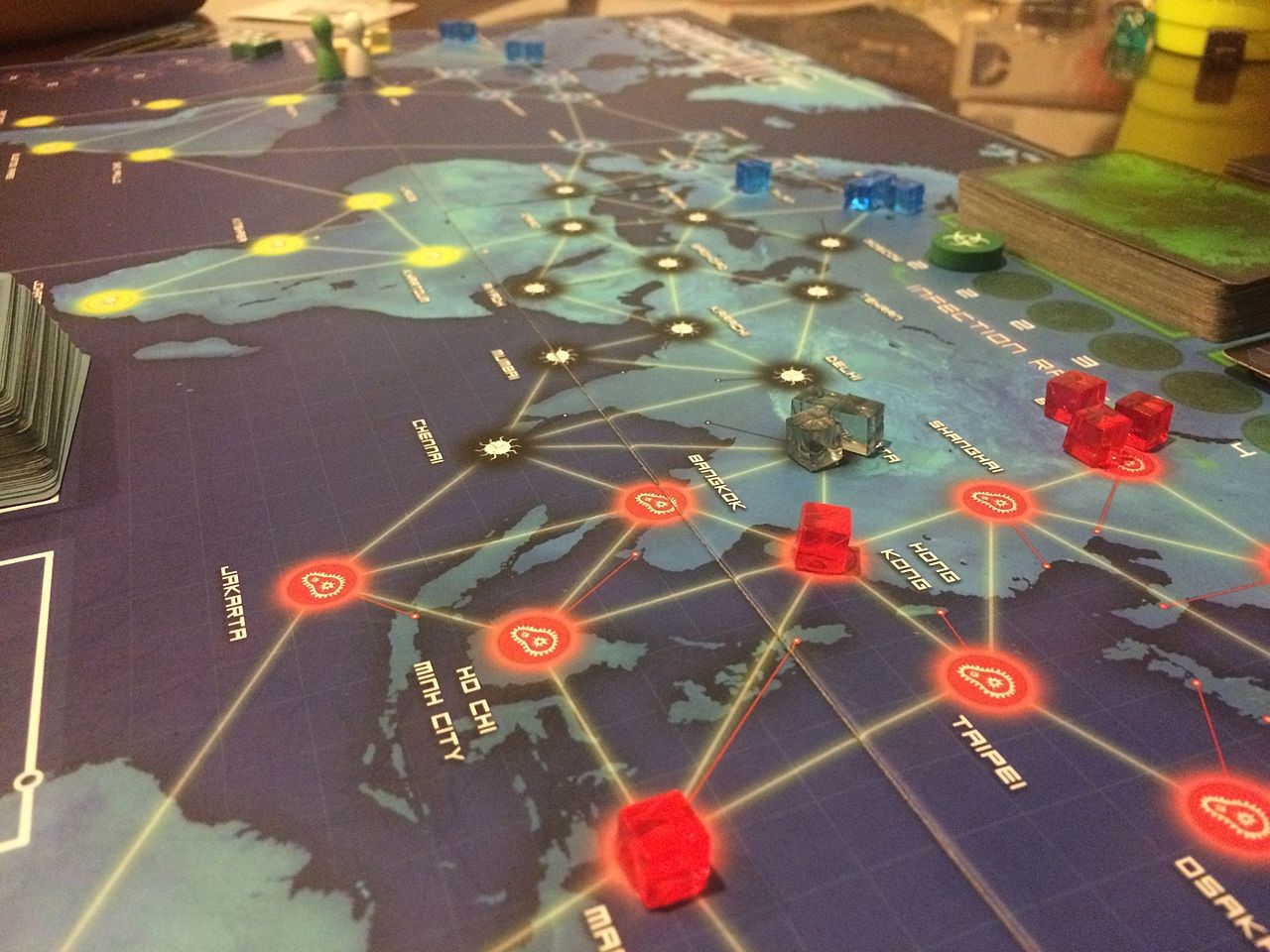 Pandemic can be a little tough to run for younger kids, but with some adult help will be very rewarding.

I love this game, especially for kids, because it's a cooperative game.  That's why ages really don't matter, because you can all talk about what everyone is doing.  That allows you to guide kids into actions they should take, allowing everyone to win or lose together, but most importantly allowing the kiddos to feel like they've contributed.

Pandemic can get a little complicated, so you’ll definitely want adults involved to orchestrate things, and that might turn some folks off.  I’d still encourage you to give it a go, though.  The complexity is really the design of the game trying to work against the players, which makes the coop experience that much more enjoyable.

I think this is an ideal game to play with tweens and younger kids who can pay attention but aren’t quite old enough to play adult games yet.  It’s a game that will allow the kids to feel like they’ve had a significant contribution, but it doesn’t penalize them as heavily for their youth. 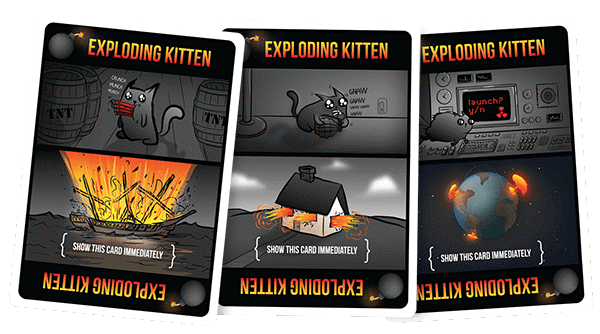 The Oatmeal’s brand of humor will having you laughing even as you lose in this great card game.

This is a fantastic game that'll have you laughing together from beginning to end.  Art by online cartoonist The Oatmeal, the humor is his trademark blend of sarcasm and cute.  In this game, you don't mind other players hosing you over because the cards are so funny that you're excited to read the next one.

I don’t normally like card games, but this one plays quickly… at least it will in subsequent play-throughs.  The first game will drag out significantly as everyone stops to read and laugh at every card.  The puns and plays on feline tendencies and memes are hilarious and worth the price of the game, even if you just bought it and looked through the cards.

I’ve also found that kids enjoy it because the game is relatively simple and the artwork is very appealing to all ages.  The Oatmeal is a fantastic guy with a great sense of humor that is on full display in this game. 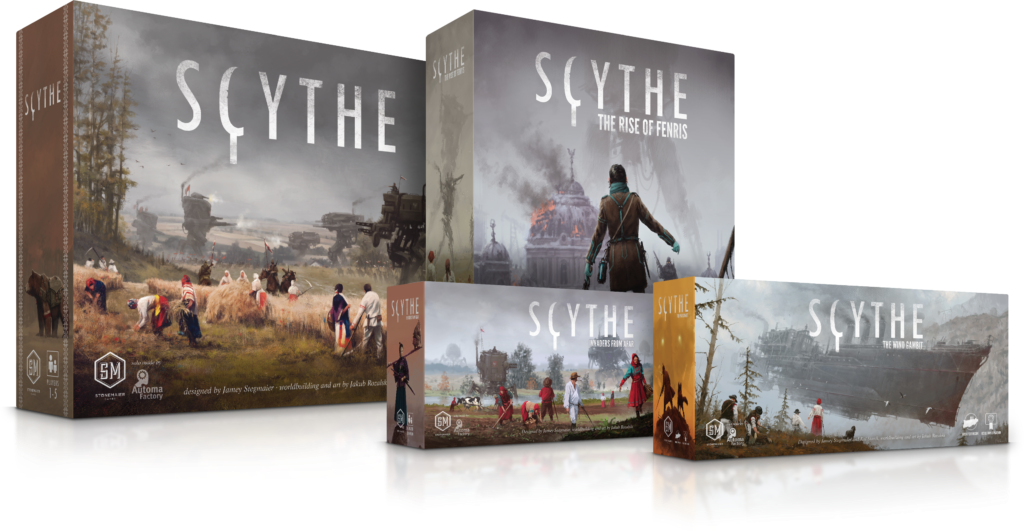 Scythe and its expansions make for interesting, dynamic, and relatively quick game experiences.

A great gateway game to the more complex euro-style boardgames.  It plays in 1-2 hours and is a really good easy resource management game with super cool art.  For kids that are starting to become interested in strategy or adults who are and have just not experienced the true glory of a 10-hour euro-style game, Scythe is a great intro to the more complex resource-management games in the strategy genre.

The various player mats are unique and randomly distributed at the beginning of every game, which adds that bit of dynamic gameplay for additional re-playability.  No specific faction get’s an obvious edge because everything changes in the next game with the redistribution of the mats.

Scythe plays fairly quickly, making it a good game for scratching that strategic itch, while not boring everyone to tears.  Those of us who really love the longer and more strategic games often find it hard to get anyone to commit the time to play them with us.  This is a game that helps bridge that gap a bit.

Tags
red's read
Not So MMO