If there’s anything I’ve learned during my delve back into EverQuest II, it’s that there are certain sections that are simply excruciating to get through. Progressing from level 95 to 105 absolutely describes that word to a tee. Last time, we chronicled the adventure up to the level 95 mark, and I’m pleased to report that I finished up my epic quest and was surprisingly able to solo the raids due to the level scaling and potency multipliers without too much trouble at all. It was exciting but also kind of bittersweet because I remember the absolute chore attaining epic weapons was in EverQuest, but the feeling of satisfaction and accomplishment always made the experience worth it. I can’t really say the same in EverQuest II.

Getting from level 95 to 105 consisted of a mixture of running old questlines from Kunark, Chaos Descending, and the Planes of Prophecy signature line in order to progress. Once I hit 105, it took about an hour to go from 105 to 120 thanks to the hyper inflated experience from the quest chain inside the Plane of Innovation. Excitedly, I was finally level 120 and could move forward to experience Reign of Shadows, which is the whole reason I started playing again in the first place. I worked to unlock the ability to get to Luclin, and quickly found out that I wasn’t nearly ready to handle the challenges of this new expansion. Even with a significant statistical upgrade from the newly provided set of gear waiting for me on the Nexus launchpad, I found myself struggling to kill any enemies that were more than two or three levels above me.

Wait, so what gives? I hit max level, I should be ready to delve into the new expansion, right? Nope, there’s a ton of other stuff you’ve gotta do first including a lot of harvesting to have your spells from level 110 to 120 made, because dropped versions are basically non-existent. Since I wasn’t able to check out the new stuff, I decided to go back and finish up some old questlines and work on trying to farm some cash so I could afford to have my spells crafted. My guild offered to make all of my spells for me if I provided the materials, but because I’m stubborn and want to do everything myself, I opted to head back to the crafting table and started working on my Sage levels.

It took me about a week to finally start getting the hang of crafting again, but I continued along the tradeskill lines and got a bunch of achievements and crafting AA points, as well as several new mounts that I had missed by not completing the adventuring signature lines in other areas. However, I wasn’t able to gather my own materials for crafting, so I ventured out to work on the Gathering Obsession quests. I’d grind until my skill ups became more and more infrequent before moving into the next tier in order to somewhat powerlevel my gathering skills. After another week or so of gathering, I finally have my skills nearly maxed out so that’ll be nice as we continue the grind going forward. I’ve still only done the first year of the Panda quests, so I’m going to have to suck it up and grind those out, though to me they are pretty boring overall. 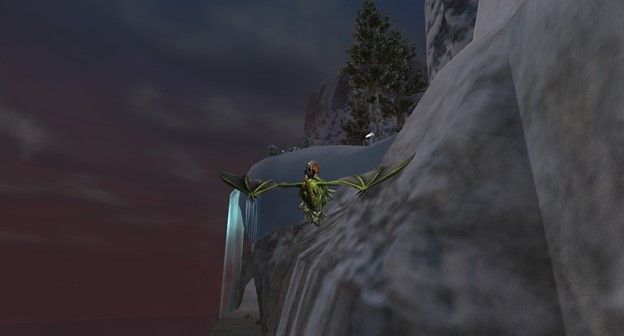 I’ve been working on my Ascensions as well, and I’ve got Elementalist at level 15 but to be honest that whole system is confusing. How do I know when or where to use those abilities over my own skills or spells? It’s so overwhelming trying to figure out how to bridge the gap between max level and end game since I haven’t been playing this game for so long. What do you guys suggest I do in order to progress into RoS? Are there any quests or sig lines that I’m missing that would exponentially increase my ability to solo in the new area?