Hello, kind and curious site regulars and toxic forum grumps alike! I’ve been doing columns at MMORPG just over a year now, and my birthday just passed, so I’m going to beg you all for a scrap of attention while I talk about how my Savage raids in Final Fantasy 14 are going. Did you ask? No. But I’m sure someone on the forums is wondering, “Hey, I wonder if that Victoria chick who does all the useless FFXIV pieces has cleared all the current high-end content, since she bragged about it. Did she quit yet?”

I am pleased to announce that Stack On Rer is doing fine and chugging along, despite me. I’m quickly learning that I don’t think that’s a bad attitude to have towards a raid, frankly. But I’ll talk about that later.

First off, let’s talk about actual progress. I discussed the hit-or-miss process of forming a “static,” or a consistent party for tackling content, last time I wrote about our static. Statics often come up with doofy names, and ours is named lovingly for one of our two healers and raid leaders (who, by the way, apparently does incredible shotcalling for Delubrum Reginae Savage as well), who we’d always join for damage-share attacks during other content. The other healer and raid leader has done most of Eden as well, and both have been incredible and patient these last eight months.

Which is good. Because we needed patience and incredible feats these last few months. High-end raiding is still no joke! And it’s especially so because we only do two hours once a week, most of us are new to this. And, to be frank: we’re all only human.

That human factor is what really makes learning and progressing through a raid, known as “progging,” so interesting. And doubly so for someone who’s got something like ADHD, which is… a lot of gamers. Self included. I’ve discovered I have a tendency to hyperfocus my rotation, which is really a “me problem” more than anything else. It turns out blowing up the enemy attack bar to 200% is a great way to offset that a bit (thanks to the FFXIV official community stream for that tip), but it’s still an issue. 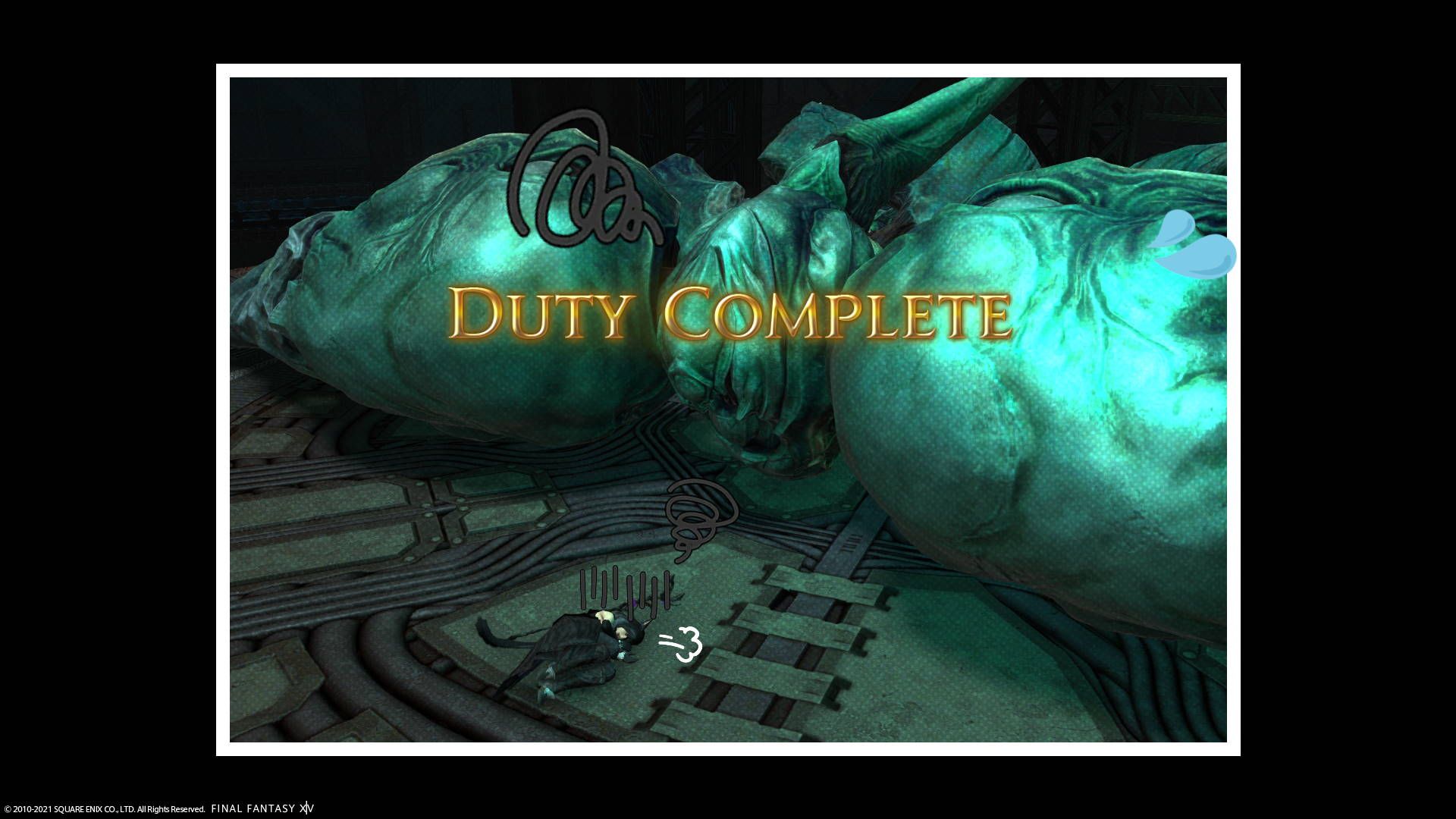 As time went on, we started dealing with another human factor, which is just being a human living in a society. Attendance has been great for the most part, but things like sick kitties, birthdays, visits and a flooded apartment (that’s me!) have called for alternative options. Most weeks we’ve tried to replace our missing party members, though some weeks we drop and lose progress altogether.

On the mildest of tangents, I do have to give a shout-out to a new LAN cafe in Brooklyn I found. They’d just opened days after my aforementioned apartment flood; I explained my situation, and one manager, who’d just given FFXIV a try, did his damndest to make sure I could come over to continue my raid on freshly-updated FFXIV clients. During my hellish trial of not being at my computer, it was a little home away from home, and by the end, some staff would come asking how the raids were going during my downtime.

Generally, disruptions are admittedly not ideal for a group that, again, only gets two hours once a week. But we’ve made do, and made progress despite that. And I think it’s equally impressive that we’ve all managed to live our lives and come together to do this one neat thing once a week, a thing that’s both engaging and fun if a little frustrating at times. Funstrating!

While our group is doing fantastically, I personally still think I have a long way to go in tackling this high-end content, especially if I want to ride those first waves in Endwalker. I’m good at asking questions, but for one, as I mentioned, I have horrible focus. I also still haven’t pinned down a prep/learning style that works for me besides “charge headfirst into battle,” and I haven’t taken the time to grind for the final Resistance Weapon to boost my DPS. Don’t get me wrong: I keep up with my other DPSes, but in this weird in-between as I grind for my best-in-slot item, I know I can do better DPS numbers. (Will I get banned for being toxic to myself with parsers?)

Will I ever improve those things? ...maybe? I’m catching myself hyperfocusing rotations certainly less than I was when I started raiding, and I can feel the motivation to do Void Ark ten times creeping into my system.  I think a lot of that motivation for improvement is because, like I’ve said before, my raid group is a ton of fun, and also we keep getting to 1% on enrages and it blows not having Peak Black Mage DPS which is really my own damn fault at this point.

At this rate, we’ll definitely beat E12S before Endwalker drops. I hope. Probably. We’ve got, fittingly, twelve weeks to get our last E11S drops and get through both grueling phases of the battle. But I think we’ve got this! We’ve made it this far!