I'll admit it: I'm a costume-a-holic, especially in The Lord of the Rings Online. Ever since the MMO introduced costumes years and years ago I've been on my own quest to discover the best looking combination of items to make my Elf hunter look awesome.

I'm the same in other MMOs as well. Elder Scrolls Online's dye system gets a lot of my attention and I'm always looking on the Crown Store for new costumes to spend my ESO Plus Crowns on. When Victoria wrote up the Glamour guide for Final Fantasy XIV, part of the reason why I was so happy we commissioned it was purely so I could get better at costuming in the MMO. I want to stand out  and look good, regardless of the game I play. I spend so long looking at the backside of my character that it might as well be stylish when I do so.

I at one point got so into costuming that I would try to match my mount's attire to my own in The Lord of the Rings Online. In fact, I have multiple mounts on my skill bar and depending on the costume, I'll choose a specific mount to ride. Want to ride my Fireworks Laden horse? I'll need to equip my Red costume. My Anniversary Horse requires a Blue and White 'stume, and my new Rivendell Horse sees my Elf wearing a costume made up of Elvish-inspired heavy armor plate (even though my toon can't actually wear the armor normally). 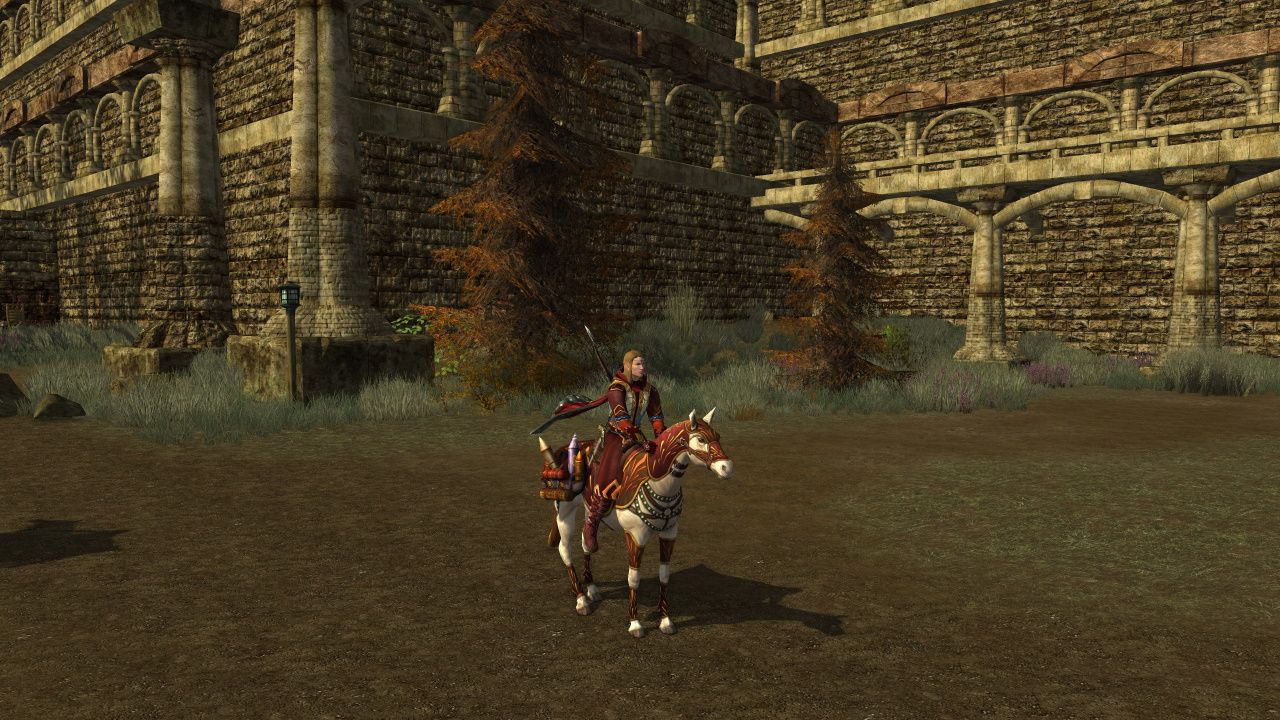 I don't spend a ton of time worrying about this in other games, either. Just MMOs. I think a lot of it has to do with the fact that I spend so much time with these characters (I've been Eldalye Ancalima in LOTRO for 13 years now, I know some of you have played your World of Warcraft or EVE Online characters even longer) and the fact that I identify with them a lot more than I would any other genre. These are "me," but in-game. I'm even finding myself now tooling around with the avatar creator in Elite Dangerous more as we approach the Odyssey update. For me, cosmetics and costuming systems are incredibly important. I want that extra layer of customization not found in the character creator. I want to creat me in this game world and make myself stand out among other players. I want to run through Bree-land or Daggerfall and have someone send me a DM in-game asking where I got the garb from.

In fact, I'm pretty much this dude when you get down to it:

What about you, dear reader? How important are costumes to your gameplay in your favorite MMO? Does it matter, or are you obsessive about them like I am? Let us know in the comments below.