May is a busy month for MMORPGs, though it could be easy to miss if you aren't looking hard enough. Multiple alphas and betas litter the MMO landscape this month, from Elyon's ongoing beta right now to Phantasy Star Online 2 New Genesis hosting a Global test later this month. There is a lot going on in the MMO world, but one thing I've started to question is whether we're excited for the games themselves, or if the excitement is just born of the fact that there is something new.

When you look at the MMO genre, a few names dominate the headlines: World of Warcraft, Final Fantasy XIV, Guild Wars 2 and The Elder Scrolls Online. These games, with a few others, get the majority of the attention as they are some of the largest, have the most active player-bases, but most importantly have been around for years. Games like World of Warcraft and EVE Online for example are heading steadily towards their third decade in service, while EverQuest, Ultima and others are already there keeping the place warm.

New MMOs come and go faster than they should sometimes (RIP Wildstar), so when something new is announced it can be exciting. Games like Ashes of Creation, Pantheon: Rise of the Fallen and more create excitement over being a new game in the genre, but also hearkening to specific player wants and needs. Other games, like Bless Unleashed when it first launched on console a year ago, bring players back to a world that may not have gotten the treatment many feel it deserved the first time around after Bless Online.

New MMOs, like Elyon, Swords of Legends Online and even new ways to play an MMO like Zenith: The Last City can bring excitement back to the genre. But it gets me wondering: is the excitement for the actual game, or is it because we MMO players might be starved for something shiny and new? 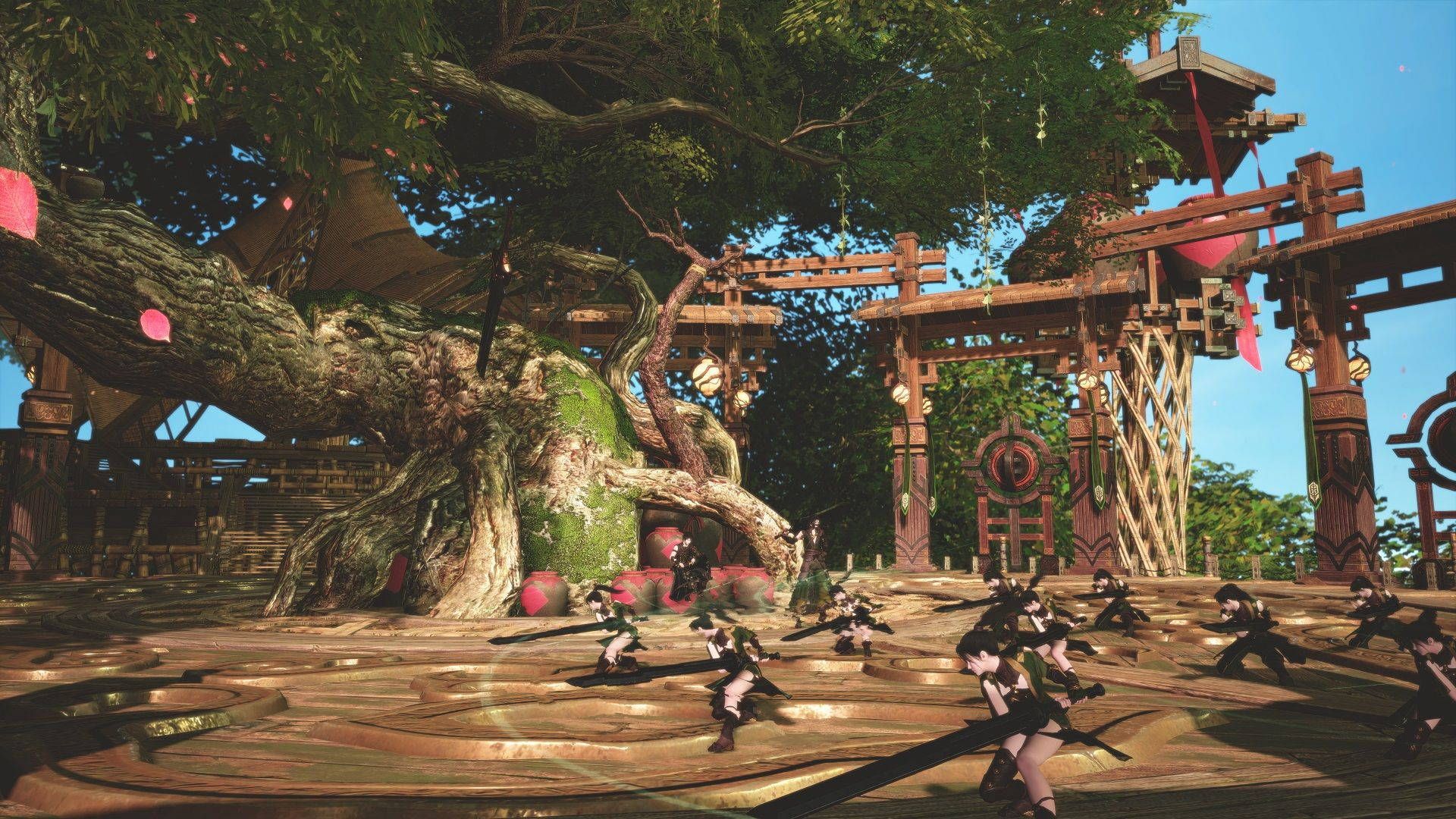 For me, I feel its a mixture of both. I want new experiences. I want to play with my friends in new worlds, with new characters and dramas to unfold. I want the promise that MMOs bring to video games: the ability to create communities and relationships that last a lifetime for some. However, I also feel sometimes that the excitement wouldn't be as pronounced as it is if there was something new happening a lot more often in the genre. And even them games like Swords of Legends Online, which we've covered in a few previews now, might bring some new concepts to the table but don't feel intrinsically genre-defining. Elyon, which we'll have more impressions on the beta starting this week, doesn't feel like it's rewriting the books on what an MMO could be, though it's fun to hop into something that isn't the same game I've been loading up time and time again.

May brings about multiple ways to players to get their hands on some of these new MMOs, with alphas and betas out of the ears right now. But it also makes me wonder if that excitement will last. Will players be excited to keep playing Elyon (the MMORPG formerly known as Ascent: Infinite Realm) when more tests come and eventually the full launch? When players can get hands on with Swords of Legends Online for themselves, will they agree with Steven about reasons they should keep playing?

For my part, I'm excited to see so many MMOs converging at one point, and I'm intrigued to see whether the excitement I'm seeing - and feeling myself - carries into the summer and beyond. New World is gearing up for its upcoming tests in July, we know Ashes of Creation will be hosting an Alpha soon, with a test coming on the 14th, as well as a month-long test in June. There is a lot going on - and I'm hoping that the excitement I'm feeling about something happening in the space will turn more towards being excited for the games themselves overall.

How about you? Are you excited for any of the MMOs seemingly getting into player's hands to be tested here in the next few months? Why are you excited, and are you like me where some of that is just down to the fact that there is something happening in the space that feels tangible?