One of the best parts of the Final Fantasy XIV storyline is the way your protagonist is woven into the story as a true hero. In Eorzea, “Adventurers” are, by default, just doing their best, but you demonstrate not just an ability, but a desire to go above and beyond, if only by stumbling piece by piece into wider conspiracies. It’s then no coincidence that you find yourself surrounded by a cast that’s constantly willing to do better for themselves and others as well, often to a fault.

But given the state of the world, it’s an off-putting feeling to see good faith as a frequent motivator. Some storylines in FFXIV put so much faith in many major characters to act with a baseline level of respect. It feels naive in this day and age, especially in comparison to the deeper, more troubled characters and settings that exist elsewhere in the game.

To get to the most frank example of good will coming from left field, once you defeat Ranjit and drive Vaultry out of Eulmore, Alphinaud stands before the citizens of Eulmore and shames the wealthy for their mistreatment of the hired servants. He asks the citizens to warmly apologize to those they have mistreated, and to help rebuild a brighter Eulmore.

What follows is nothing short of heartwarming. Despite some reluctance, the citizens of Eulmore see his logic and the cruelty they’ve subjected their workers to. And further, everyone agrees to assist the player and the Scions in building tools so that those able to fight can reach Vaultry and take him down for good. It did only take the unearthing of Vaultry as a literal cannibalistic enabler, but the resistance remains minimal.

While these changes come in a matter of cutscenes, the sudden heel-turn is so significant to the plot of Shadowbringers that it’s hard to shake off. Don’t get me wrong; the inherent kindness that Chai-Nuzz and Dulia-Chai display are certainly part of the appeal of their characters. It does add a layer of empathy, and makes the Warrior of Light and Scions all the more willing to cooperate. It’s just probably the most egregious offender of how unrealistic a sudden turnaround in good versus bad intentions.

And when it comes to Vaultry, FFXIV, like other media, trusts that its villain-coding and storytelling are enough to persuade us which specific antagonists must be defeated for good, despite what we may feel for them and their backstory. It even trusts in the hero’s journey, that good, kind leadership and boldness will overwhelm cruelty. When it comes to our reality, we don’t exactly eat our dead and transformed peers, but I suppose loudly denying medical relief to a pandemic-stricken nation—and denying the pandemic exists at all—isn’t a blunt enough tell for many, either. (Trite, I know, wah.)

While it’s the most obvious and egregious example, it’s not the first. After the events of Heavensward unveil the falsehoods of the aristocracy, the bitter citizens and frightened lords of Ishgard attempt to come together to create a more equitable nation. There’s also the Ishgardian Restoration, where donations flood in to build housing and markets for the citizens of Ishgard to enjoy. Time is the only thing short at hand. Granted, there are those who still see the aristocracy as the enemy, but such factions are nothing compared to the grand support of peace. It shines a light on how good faith can move a society forward.

It’s not like I mind that characters “become good.” That’s absolutely part of the satisfaction of being the Warrior of Light (or Darkness): by our deeds, we set an example for others to follow. We bring hope and joy and a moment of respite. But these particular storylines feel like we’re just walking in, flipping a switch, and making the general public do better after one or two good fights. It’s especially jarring in Shadowbringers because, again, it moves the story forward in such an important way.

On the other hand, back on Earth, we see misdeed after misdeed, for decades and centuries of war and conquest. As a result, I’m losing faith in actual people overseeing their own flaws to find some sort of kindness in their hearts towards those they aren’t exactly connected to. And often, it’s driven by nothing more than a fear of instability in wealth.

Sure, those sorts of intentions exist bluntly in FFXIV, too. The attempted assassination of Nanamo Ul Namo, who wanted a just government, and the corruption and infiltration of the neutral Crystal Braves are some of the most memorable and beloved stories of FFXIV. The heartbreak players feel for those who wanted to do and be better is certainly no small part of why. Those iconic stories hit harder than ever given that’s the sort of reckless, wicked ideology we’re witnessing in the real world from governments, companies and individuals. Only days ago, Google was charged for union-busting after it fired labor organizers last year. Amazon hired literal Pinkertons to spy on its employees. And even through “progressive” governments, there are the many government whistleblowers we’ve seen outed and punished in the last decade. 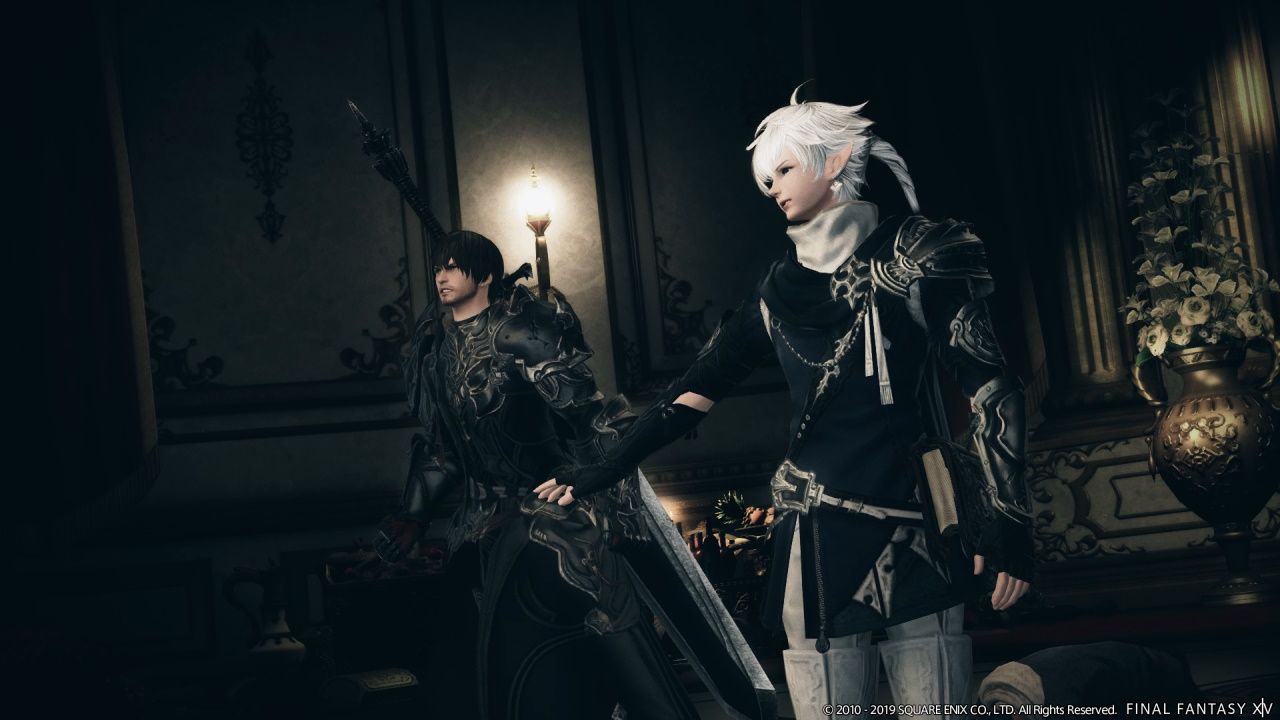 In short, even when connected in one way or another to people less fortunate, whether through hiring or day-to-day interaction, many people see less fortunate citizens as the enemy. The truth is that facts and statistics and even camaraderie through workplaces only go so far to combat bias. Many people will believe what they want about entire classes and groups. Maybe I’m jaded by personally knowing enough people that aren’t motivated by proactive malice, but instead selfishness and disconnect and greed. But selfishness and disconnect and greed aren’t often so easily cured as FFXIV insists, especially not with such simplicity as Shadowbringers insists upon. For many, it takes truly personal moments to create change, and we shouldn’t expect those affected by cruelty to put that upon their shoulders.

On the other hand, when FFXIV instead delves a little more into realistic expectations of humanity’s evils through scenarios such as Stormblood, the atmosphere is far more interesting for it. Stormblood treats its NPCs at every level as humans, and we’re asked frequently to forgive them for the act of survival.

The primary friction exists in the areas where the Garlean Empire held rule for decades, namely in the Far East and Gyr Albania. Even one generation of war and oppression, or even so many years for the older generation, has an effect on the kindness and hopes of these regions’ people. Youth are enthusiastically recruited into the local Garlean forces, and those that aren’t recruited live in fear of slaughter or labor. Their selfishness is better rooted in a desire to be treated with humanity and worth. Unfortunately, even as you push back against the Empire, many still don the enemy’s armor and aim their weapons at you. Even one of the player’s most trusted allies on the Bozjan Southern Front was already against us, from the very start.

But that doesn’t mean everyone is irredeemable, and FFXIV shines when it dances between those lines. As unpopular and under-discussed as she is, I personally appreciate how Stormblood handles Fordola rem Lupis, the Gyr Albanian who defects to the Garleans as a commander. In the end, she’s asked to confront whether her own tragedies and trauma are above the greater good, and she ends up saving a group of regional leaders after a major change of heart.

Maybe there’s hope for this thematic introspection to return soon. The post-Shadowbringers quests imply that the focus is shifting back onto Garlemand and its troubled lands. And even if we don’t eventually storm the cities, already, we’re being fed complex storylines about troubled soldiers and the sheer scale of destruction that imperialism can impart on its victims. I’m hoping the new expansion will, once again, touch on the psychological destruction that terrible leadership and ideals can wreak on the masses. Or maybe it’ll finally stop beating around the bushes and remind us that some people actively want to be cruel beyond reasonable redemption because the musk of power lingers on their weapons.

While I’ve more than enjoyed working alongside characters with dignity and being a beacon for hope, I’m a little more interested in whether FFXIV returns to addressing the complexities of power and selfishness. After all, it clearly hasn’t shied away before, so why stop now?