One of the most anticipated features of Final Fantasy 14’s upcoming Endwalker expansion is its Data Center Travel feature. It seemingly allows players to visit basically any data center of their choosing, a major move given most MMORPGs are relatively strict in how players can travel between servers. FFXIV allows players to move between servers within a larger data center, but restricts movement between those data centers.

Of course, there’s going to be some pushback to any major change like this. But having dabbled and spoken to some players on both the casual and hardcore ends of the spectrum, there’s definitely a mixture of feelings about how things will go. Most of the predictions are positive, but there are some negatives that are likely rightfully anticipated.

It’s worth noting that some of these are based off the assumption that Data Center Travel will work like World Travel: you pick a data center and visit any world of your choice within. Of course, if things end up differently — like, say, you’re assigned a low-traffic world at random off your home data center — then we’ll see how things really go. This is also assuming that the reaccelerated pandemic doesn’t delay the feature indefinitely, as it sounds like this is the case with server expansion.

First, there’s a bit of an elephant in the FFXIV room, as there has been for months (or moons, even). Right now, the Aether data center is closed for character creation, likely in no small part due to streamer-celebrities like Asmongold. Whenever he or others log on, they’re followed by a sizable adoring crowd of players. In case it isn’t clear: yes, it’s a little troublesome that content creators can pull even more players onto servers and make it difficult for regular players to play. It’s a relatively sparse issue, though…? 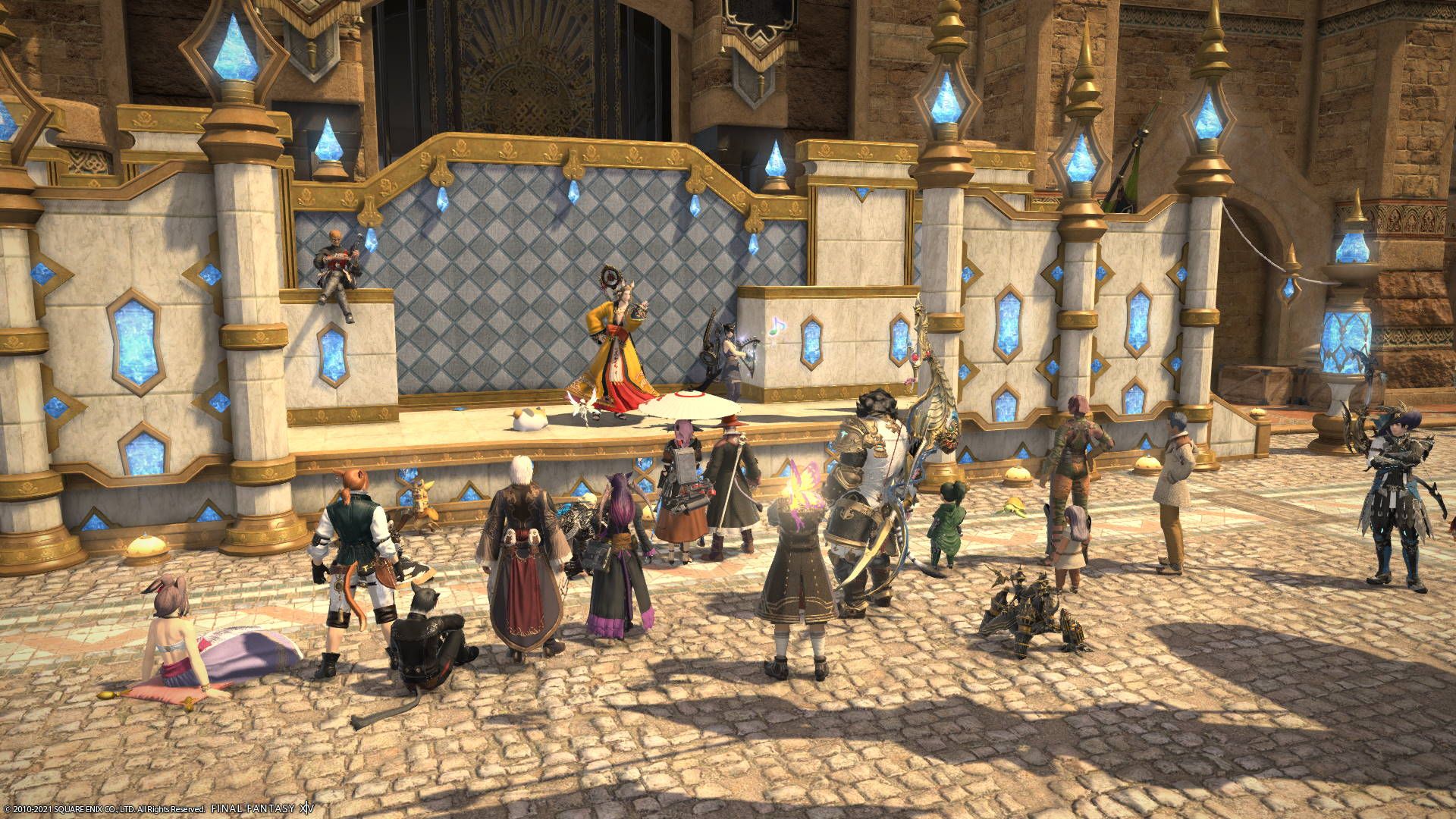 And as a genuine Balmung roleplayer, honestly? We get enough trolls and griefers as it is. No, not in “brothel”-like spaces; I mean in public areas, where slice-of-life or even more serious plot roleplay takes place. Bad-faith visitors to these areas who just gawk or hass players, or “tourists” as we call them, are actually one of the reasons I’m rarely willing to speak about roleplaying in published writing already; it feels like giving a roadmap as to how to find and annoy them. Still, with the reputation behind it, Balmung’s no secret at all, and there is definitely going to be a rough patch. New roleplayers will probably come as well, yes, but things will probably get worse before they get better.

Despite those concerns, the Data Center Travel will likely be a force for good among the wider casual playerbase. With the free trial being such a success, as director Naoki Yoshida told us earlier this year, and FFXIV garnering good word in gaming, “casual” can describe absolutely the vast majority of players at this point. To be clear, that’s not a bad thing at all. It just is, and it has a different set of implications. They may be players trying to clear the story, socialize, or do light content like Golden Saucer, Wondrous Tails, mount farming, or Treasure Maps. 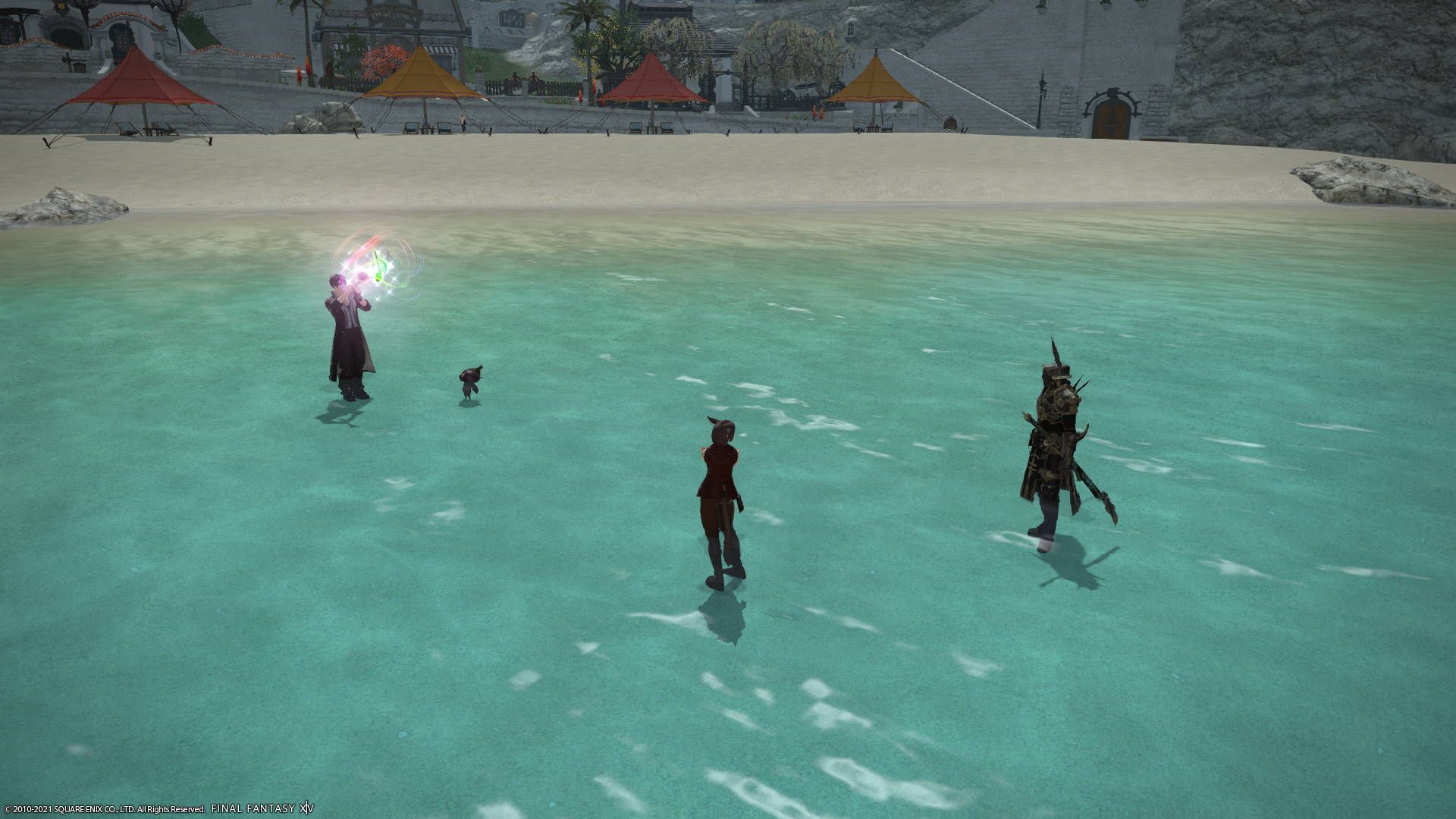 When it comes to these more casual players, the data center separation has always been a conundrum. Anytime someone expresses interest in playing FFXIV on social media, the replies or comments basically become a war of persuasion: first about data centers, then about servers. The normal advice is to just join whatever data center sounds good. But if someone starts playing, and the friend groups begin to divide between data centers, where does that leave everybody?

From personal experience, it’s tricky to manage those friends who aren’t on my home data center, whereas I’m plenty available to those who end up on Crystal. The away ones, I only get to ask— how are you doing? Where in the quest are you? And then there’s a promise of leveling an alt, when the reality is I already sort of have a life on Crystal, between roleplaying, raiding, and… well, helping my friends who did make it on here.

And for those friends here on Crystal, where I play, I know it’s always fun for both of us to show up and tag along for MSQ, or for duties, or to show a feature they might have missed. It’s been a godsend for events, general socialization, open-world content, and roleplaying. (Cross-server opened roleplaying opportunities back up after many Balmung players relocated to Mateus with Stormblood’s server changes.)

It’s through these interactions with friends across servers that the irony of isolated servers in MMORPGs shines. There’s no anger being misdirected here; it’s all about the technical limitations of games and studios over the past many years of the genre’s lifespan. The “massively” in the acronym has always had limits, which have, thankfully, expanded over the years. If your friend was new to MMORPGs, or you discovered you played too late, chances are they’d mess up and end up elsewhere, and it’s easy to lose steam as a newcomer when that happens.

But maybe that isolation between servers is what’s kept FFXIV as such a friendly community for so long, like small-batching warmth. Keep in mind, until Shadowbringers introduced the World Visit System, server-hopping still wasn’t exactly a fully-fleshed thing like it is now. (Much like WoW, you could form parties across servers and visit areas with them.) Now, we have the aforementioned server travel program, and things, honestly, have been fine. That friendliness just happened to spill across servers.

Perhaps cross-server visiting’s success was a precursor for Data Center Travel. Maybe the general anxieties that will come with it will be overblown, or they’ll manifest in short-lived frustrations. Economies may shift, player-run events will be packed, and hunt train S-ranks will go down way too quickly for some people to even get a hit on. But in the longer term, I’m generally optimistic. The developers probably sense that we take care of our own, and trust us with that responsibility moving forward.